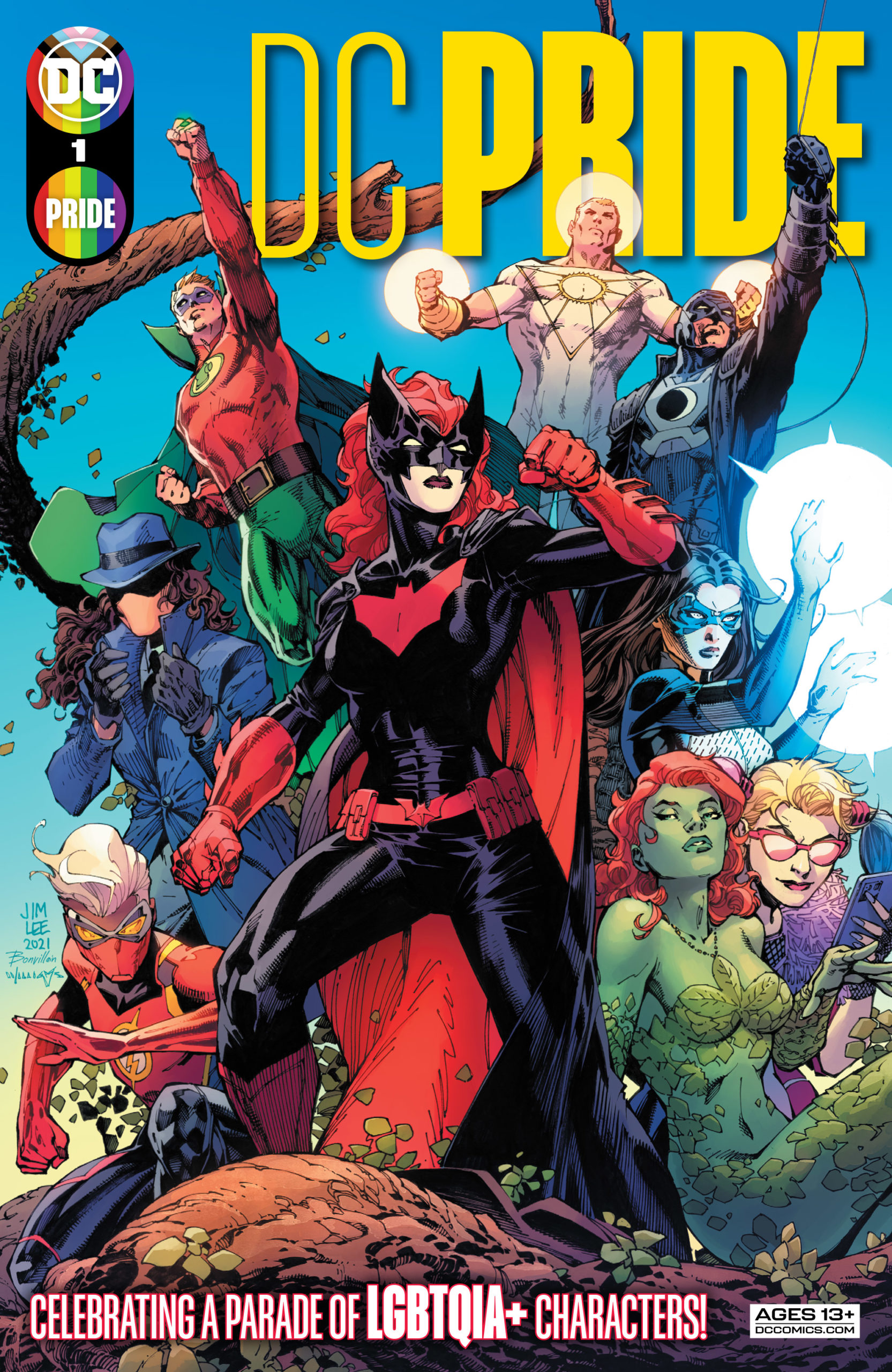 It’s finally Pride Month and DC are celebrating in a groundbreaking way with a “breathtaking collection that stands as a powerful reminder that all stories matter – and all deserve to be told.” One of those strong, iconic characters has to be Batwoman.

Batman writer James Tynion has joined this project with a contribution of stunning Batwoman short that has been brought to life by artist Trung Le Nguyen, author of The Magic Fish.

This won’t be the first time Tynion has written Kate Kane, however, since Kane is a unique character and Pride is about celebrating uniqueness, it’s only fitting that The Wrong Side of The Glass will be very different from how she’s usually written.

It’s Pride Month here at DCComics.com and while we’ll be celebrating all throughout June, next week is an especially big one with the release of DC Pride, an 80-page anthology comic highlighting a few of the amazing LGBTQIA+ characters within the DC Universe and some of the remarkable queer talent currently working for us

It’s Pride Month With All The Greats

Kate Kane was re-introduced into the DC Universe in 2006 as a Jewish lesbian, and it broke the internet. She was talked about everywhere and was a huge step in getting LGBTQIA+ characters into comic books. Although she wasn’t the first gay character DC has given to the world, she certainly is an icon. Without her, we probably wouldn’t have the amazing queer characters we have today.

Harley Quinn and Poison Ivy became an outed couple in 2013, finally giving both women a wonderful, loving (looking at you Joker) relationship that anyone would want. Kaldur’ahm, aka Aqualad, is shown to be happy with his Atlantean boyfriend, Wyynde, and we can only hope that they stay happy when the next season of Young Justice finally comes out. Midnighter and Apollo, two strong characters whose relationship went from teaming-up to married are adorable together in all of their superhero domestic bliss outside of stopping crime in their comics, Midnighter and Apollo.

And that’s just to name a few of DC’s LGBTQIA+ members. Have an amazing Pride Month everyone 🏳️‍🌈