Midnighter and Apollo Return This October

From their days as founding members of The Authority, the heroes Midnighter and Apollo have been forever linked, both professionally and romantically. On October 5th, they’ll be back, badder than ever, in Midnighter and Apollo, a six-issue miniseries written by breakout star Steve Orlando, with art by Fernando Blanco, colors by Romulo Fajardo Jr. and covers by ACO.

Spinning out of the hit series Midnighter, this new miniseries continues the story that launched writer Steve Orlando to notoriety over the past year. Midnighter received critical acclaim in both comic and mainstream press; most notably recognized with a 2016 GLAAD nomination in the “Outstanding Comic Book” category. Together again, in the series opener Midnighter and Apollo will take on subway pirates in Los Angeles and demons in Opal City, but their reunion will take a shocking turn and send them both on an epic journey beyond all belief!

“Midnighter and Apollo have spent time apart—figuring out who they were when defined on their own instead of by their relationship,“ said Orlando. “They have a firmer idea of who they are and they’ve become stronger and more confident together. Midnighter and Apollo are back to remind the world that it truly is a bad time to be bastards. This is the World’s Finest Couple—kicking back and making each other better than they are on their own.” 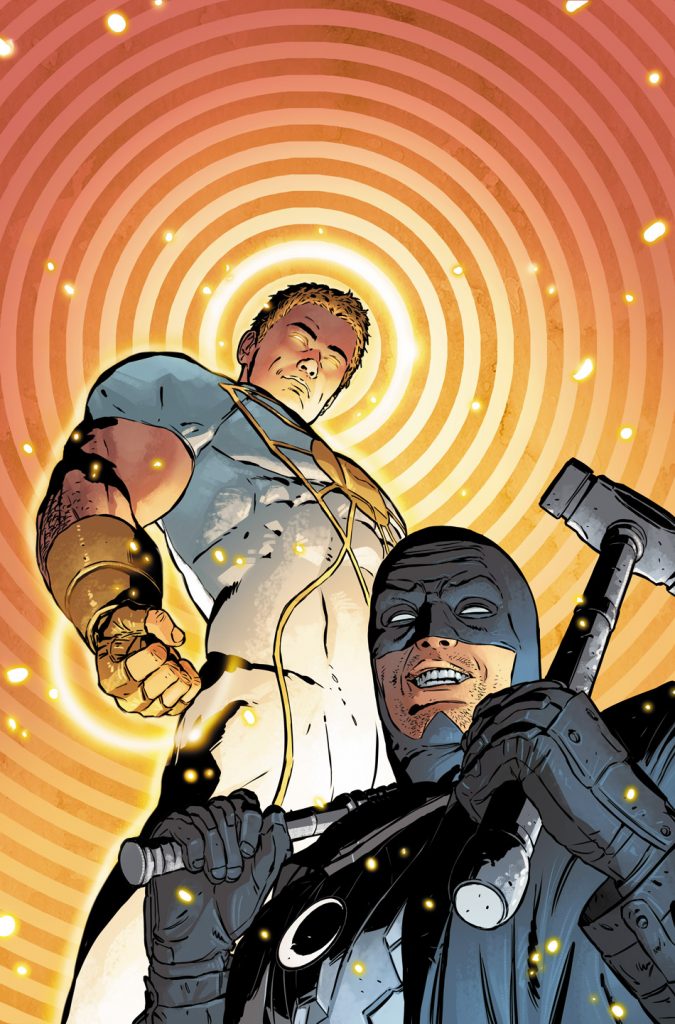