‘Batman’ #109 Pride variant cover by Jen Bartel is revealed!
Get to know Crush from ‘Crush & Lobo’ ahead of the new miniseries!
New Progressive DC Pride logo debuts on June 1, and more!

DC Pride #1’s creators have come together to feature LGBTQIA+ characters from all corners of DC’s ever-expanding Universe, from Aqualad to Batwoman to Catman to Dreamer to Extraño and beyond! Check out all the incredible content that DC Pride #1 has to offer, and scroll down for previews of each story, the debut of Batman #109’s Pride variant cover, a first look into Crush & Lobo #1, and more! 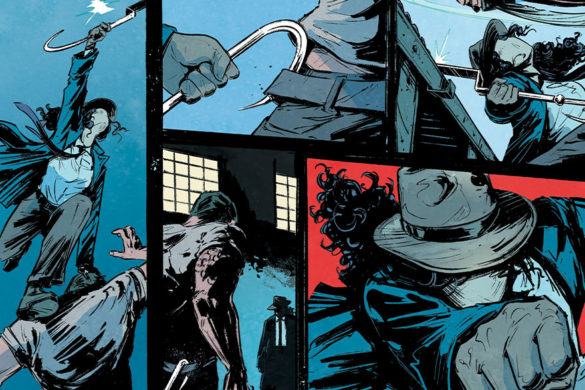 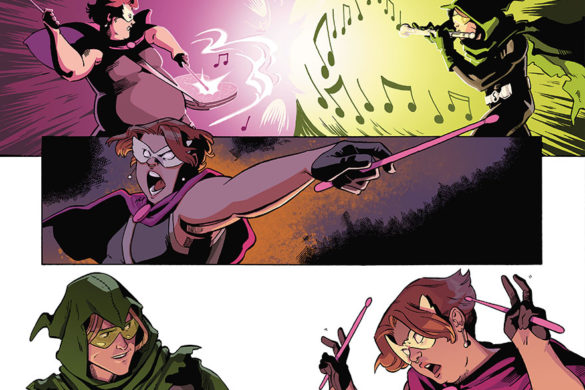 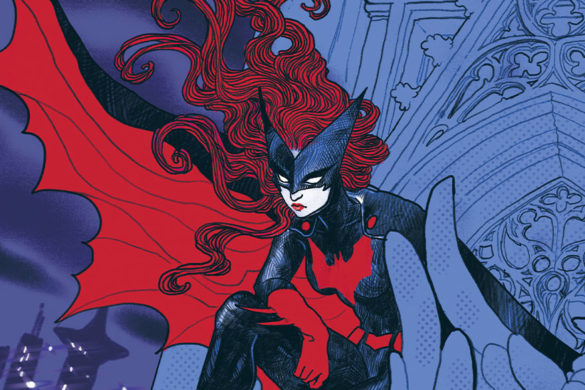 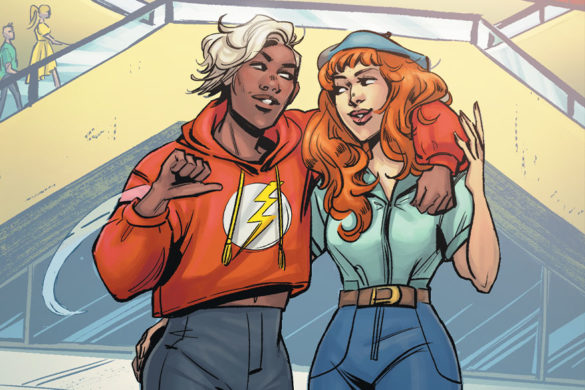 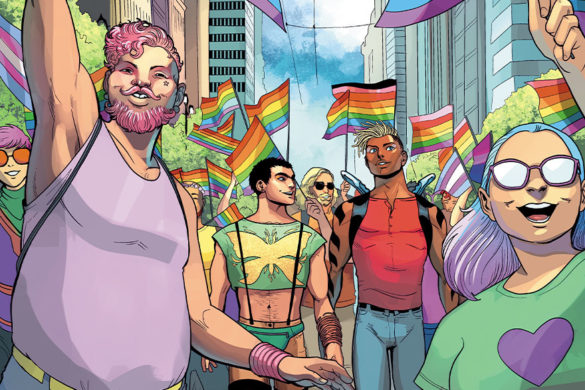 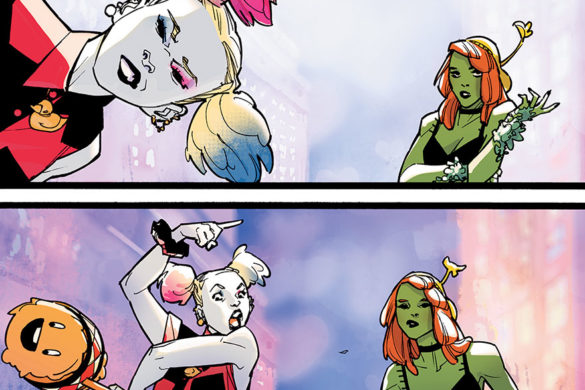 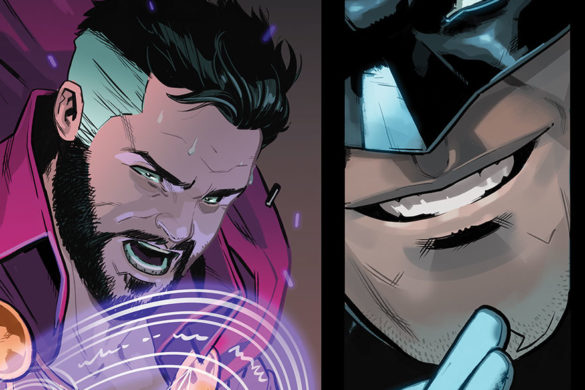 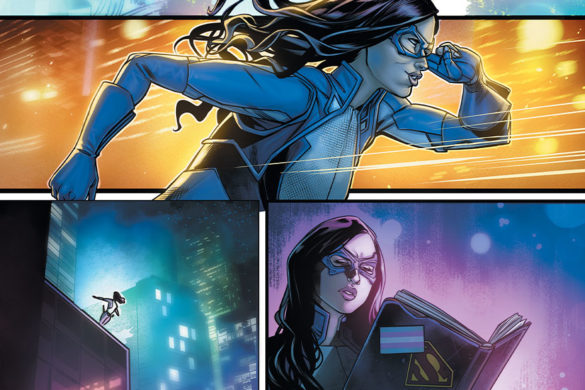 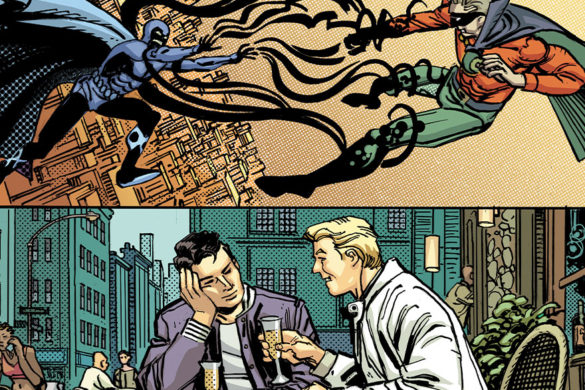 DC Pride #1 will also include full-page profiles of DCTV’s LGBTQIA+ characters paired with Q&A’s from the actors who play them. Javicia Leslie (Batwoman aka Ryan Wilder), Matt Ryan (John Constantine), Nicole Maines (Dreamer aka Nia Nal), Matt Bomer (Negative Man aka Larry Trainor), and Nafessa Williams (Thunder aka Anissa Pierce) all reflect on the characters they portray and talk about the impact their roles have made on themselves personally, and on fans who might have never seen LGBTQIA+ characters in live-action superhero roles before.

Crush & Lobo, a new eight-issue miniseries written by Mariko Tamaki with art by Amancay Nahuelpan publishing on June 1, spinning out of the pages of Teen Titans Academy, will debut with a cover by Kris Anka, a Pride variant cover by Yoshi Yoshitani, a 1:25 ratio variant by Christian Ward, plus an exclusive Dan Hipp team variant for participating retailers. In this new eight-issue miniseries publishing between June 2021 and January 2022, Crush, daughter of the Czarnian bounty hunter Lobo, is in full-on self-destruct mode! Click through to see more from this new series, including unrevealed covers by Khary Randolph, Sweeney Boo, and more!! 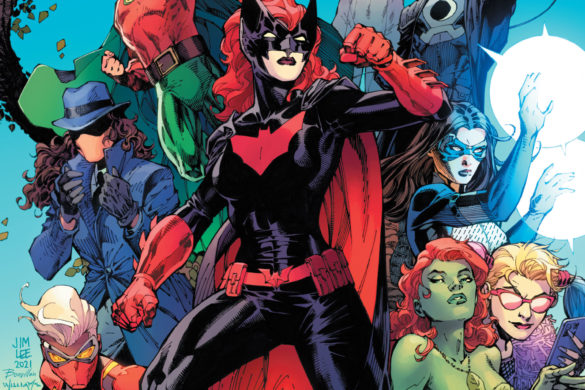 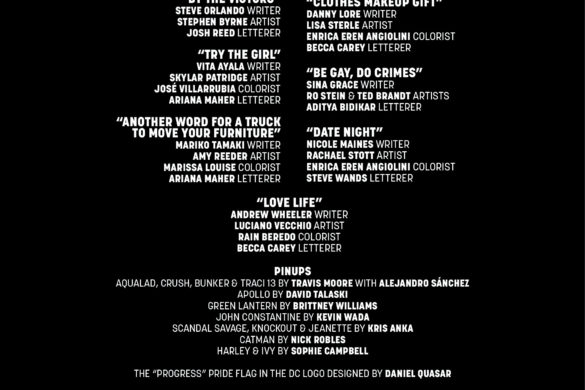 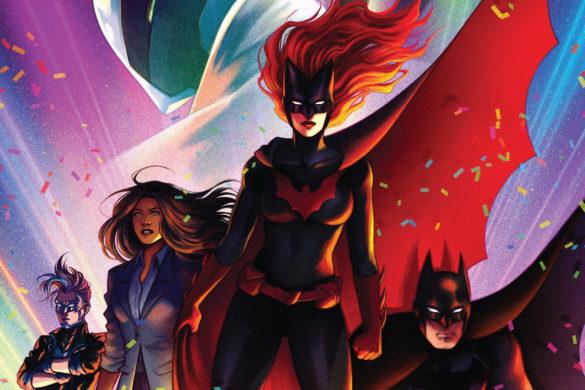 Featured on DC Pride #1 and on Crush & Lobo #1, and on all DC’s Pride variant covers publishing through the month of June, will be a DC logo featuring the “Progress” pride flag designed by Daniel Quasar. All are welcome in the DC Multiverse and are represented in the kaleidoscope of colors DC will proudly display! Stay tuned for more Pride announcements from DC between now and June!

For more information about DC Pride, Crush & Lobo, the DC Multiverse and more, visit the DC Comics website at www.dccomics.com and follow on social media at @DCComics and @thedcnation. Sign up for a free trial of DC UNIVERSE INFINITE at www.dcuniverseinfinite.com.