“Death by the Family” and “The Cavalry” 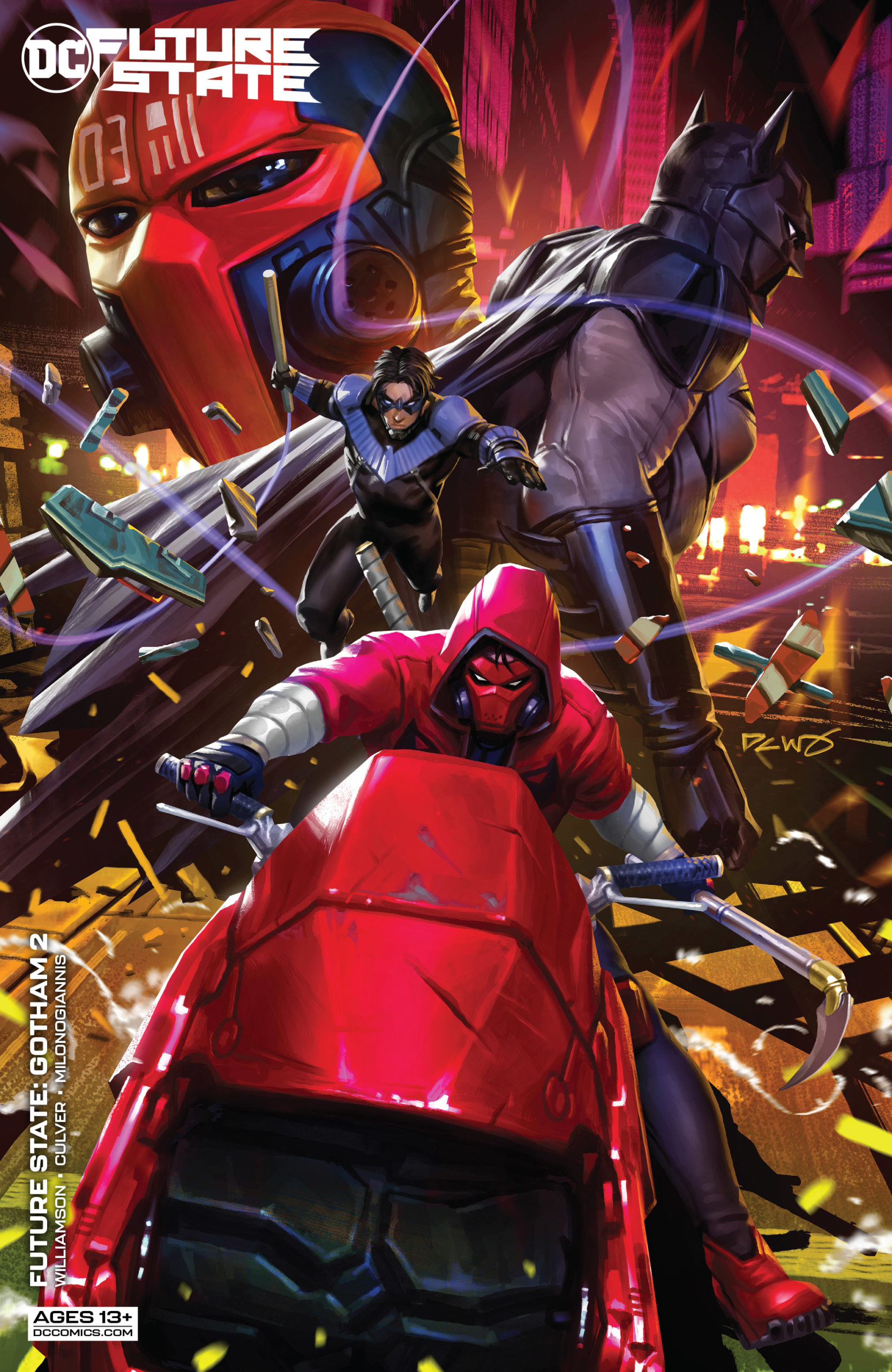 It’s great to be back in Gotham. Maybe not so good for Red Hood, who seems to be having some family troubles in Future State Gotham #2. Just once I would like someone to leave Jason Todd alone, just let him be. He’s been through enough, and I can only imagine what else he is going to have to go through in Future State.

I know that siblings hate each other sometimes, but the Batfam takes this to a whole new level. The amount of family in-fighting we see is insane. This is no different in this issue. It wouldn’t surprise me to find out that Joshua Williamson and Dennis Culver have brothers or sisters, because they know how to write the witty banter/ pure rage of a sibling argument. Jason has a lot going on, just trying to find the new Batman to stop him, and having a new job to deal with. Red Hood really seems done with the Batfam and their judgment. Written brilliantly by Williamson and Culver you can tell that Jason Todd is has had just about enough of everyone, including the mysterious shadowy figure giving him orders.

I don’t know about anyone else, but the reveal of the shadowy figure left a little to be desired. It might just be because I read a lot of comics, but I saw that coming. I’m glad that Jason has someone on his side in Future State Gotham #2, it just depends on how Williamson and Culver decided to write the mystery character. Add to his troubles the fact that the new Batman seems to be causing a bit of a problem for everyone, and hopefully, we’ll learn exactly what his deal is in the next issue.

I very clearly have a favorite when it comes to the Bat-Family, but I do like all of them. So when I say the artwork is very punchable that’s a good thing – I would never normally hurt my babies. There are, however, exceptions to this rule. Like when they all gang up on one person and the artwork’s drawn in such a way that makes the batboys look like smug entitled idiots, then all bets are off. Giannis Milonogiannis has an amazing talent. His work definitely works better in monochrome. It also adds an eerie feel to Gotham and adds extra tension.

Anyone Call for Backup?

I loved this extra story at the end of Future State Gotham #2. Written by John Ridley The Cavalry is a great short, and one I’d love to read more of. Keeping in the same artistic style, Olivier Copiel has stepped up to the mark and done a simply fantastic job of working in monochrome. Ridley’s written this fantastically, about a person who says they’re Batman and is even in full Batsuit. We later find out who is in the Batsuit and who their backup is, but I’ll leave you to find out that great surprise. I would love to see them face off against the entire BatFam, we always need more heroes.

Jason Todd really needs a break. Let the boy take a vacation or something. I really hope things get straightened out soon, so Red Hood can come back into the fold. so that the rest of the family can eat their words. I don’t see that happening in the next issue though, not with the way Future State Gotham #2 ended! I need to know what happens to our favorite disaster boy next!