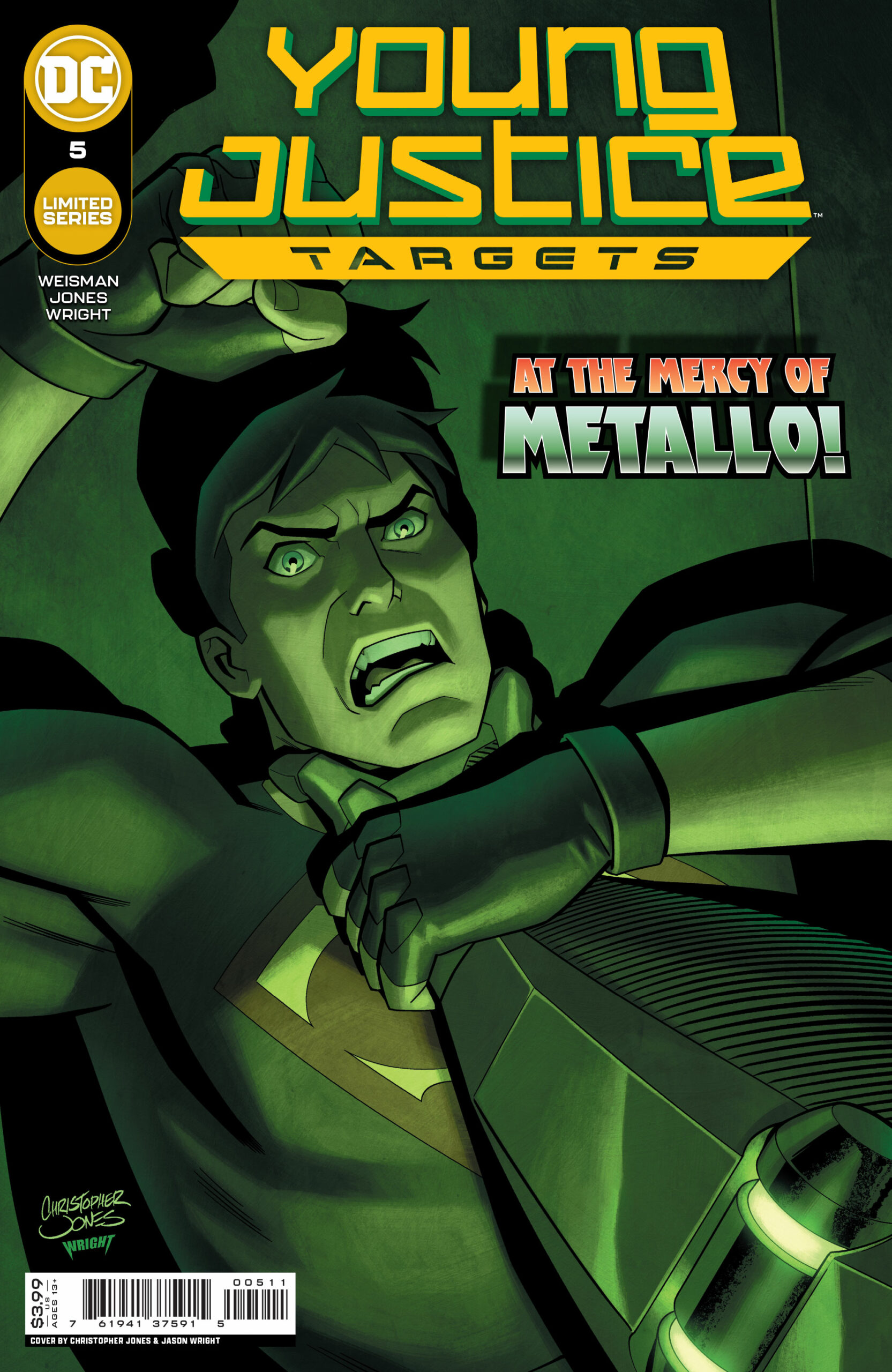 Boy howdy, I thought things couldn’t get any better after the last issue… I was wrong. We’re officially out of the frying pan and into the fire in Young Justice: Targets #5, people!

With the other squads held at a standstill, Alpha hones in on Perdita, finding the queen in a mind trance set up by Psimon! It’s a really unfriendly reunion when Count Vertigo and Queen Bee join the party too.

With things looking dire for Superboy at the mercy of Metallo, we’re given a brief look into the backstory of the new metal man. Claiming to have been treated with nothing but kindness by Lex after finding out he had self-healing abilities, the new kryponite-powered villain offers his services to avenge his friend against the heroes he feels are slandering his name. 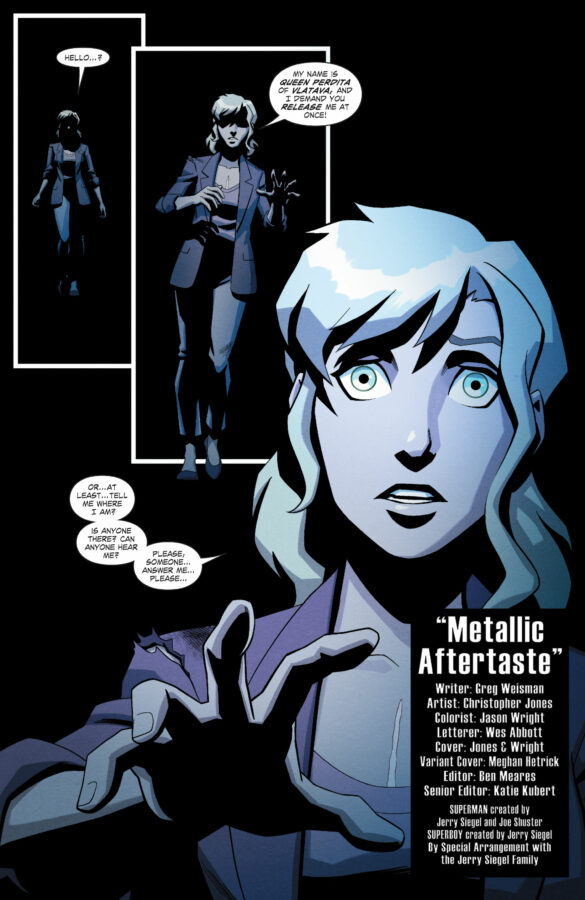 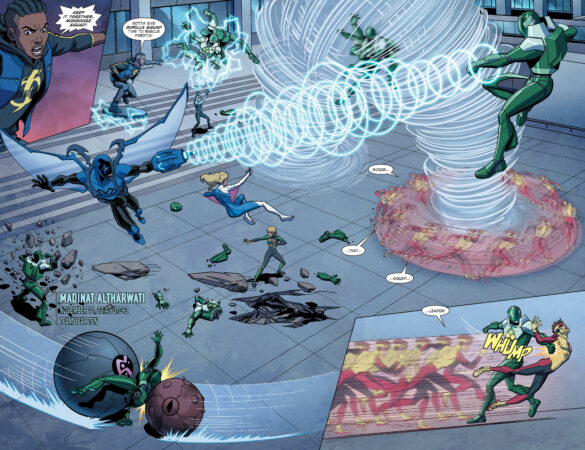 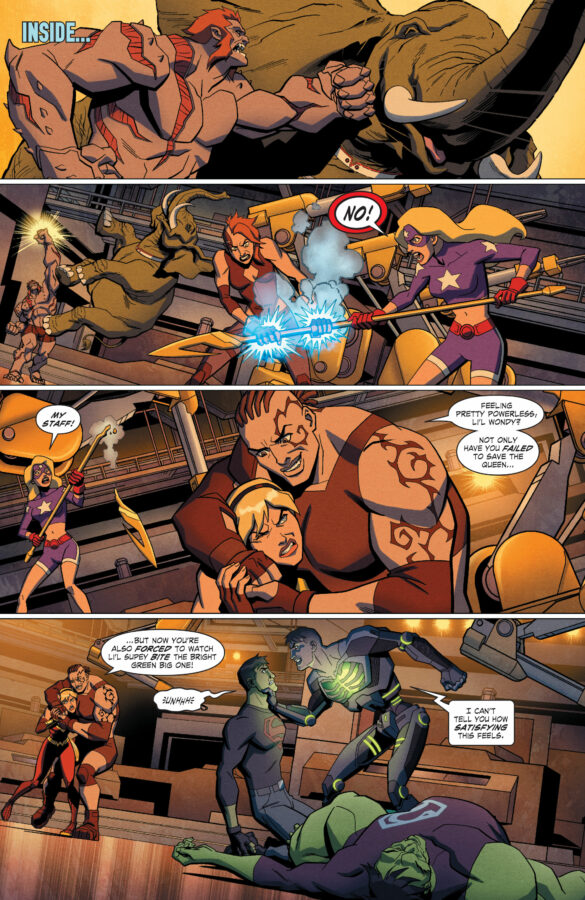 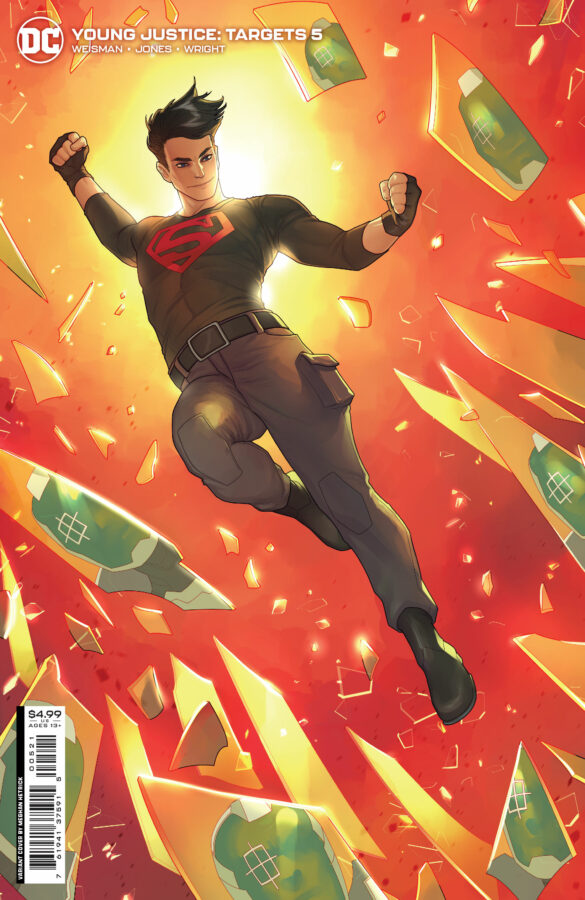 Just as we think we’re about to get an epic showdown between the two we’re taken away from the action. Miss Martian and the rest of Alpha Squad find Perdita in the clutches of the sinister Psimon when their noisy entrance gets the attention of some of the other local villains. Enter Count Vertigo and Queen Bee…

Survivability in question, this issue leaves us on yet another cliffhanger!

Bow to bow with his old nemesis, Merlyn, Green Arrow’s facing impossible odds, Ollie throws the chips down and places his final gambit. Hopefully, we’ll get to see Ollie and Dinah join the real fight in the next issue!

Young Justice: Targets #5 is yet another absolutely stellar piece of work from Weismann and the creative team. I genuinely think that this series has only improved issue after issue. The story hasn’t had any lulls and climbs like some can, it’s been one steady climb. The artwork has been astounding, and every issue gives the feeling of the animated show coming to life in the pages of a comic book.

I don’t think I say enough good things about this series, or issue. Seriously, find a way to read it! Even if you’re not a Young Justice fan, you’ll enjoy this.