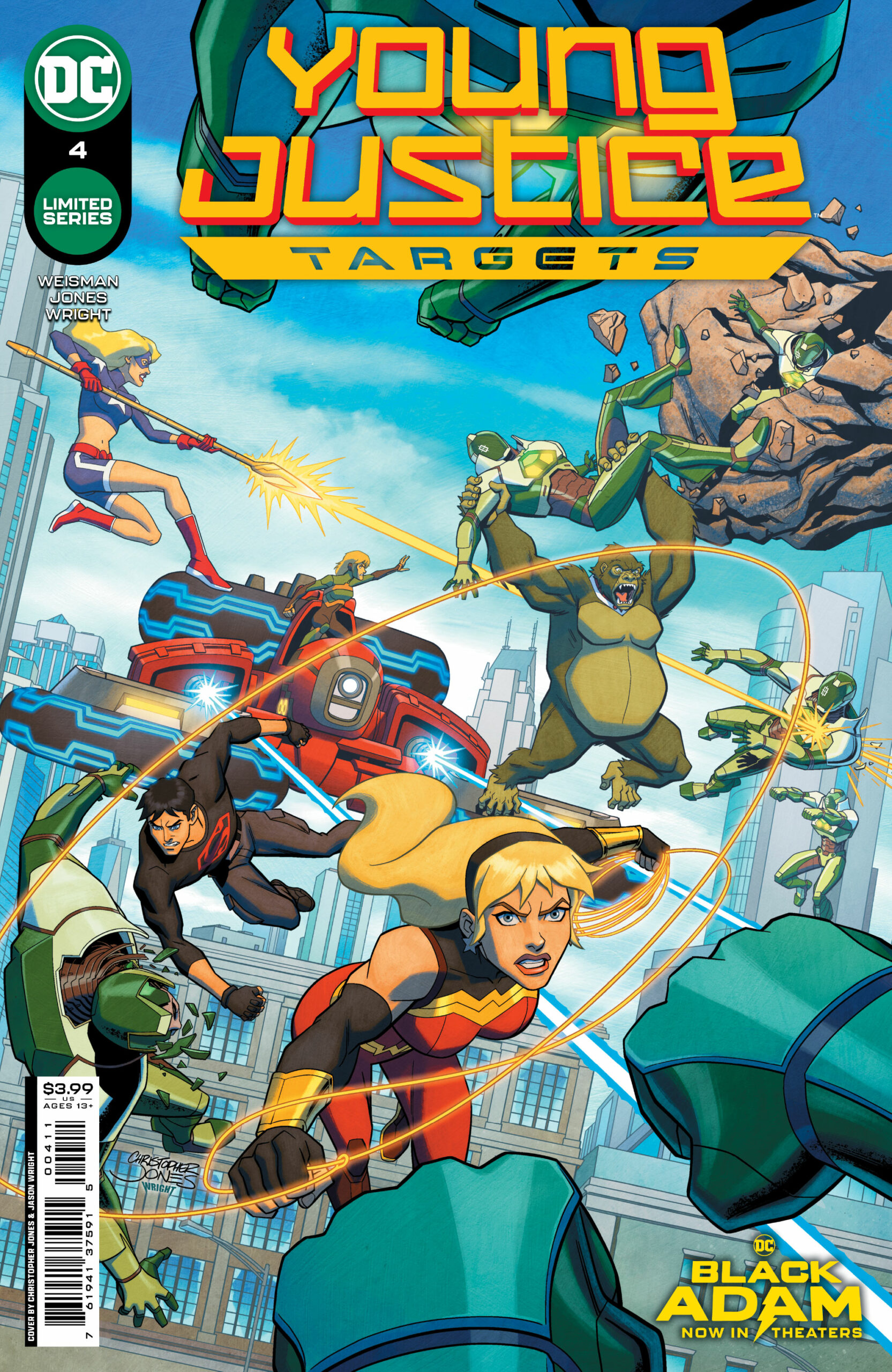 Luthor’s At It Again!

So, the spoilery cliffhanger at the end of issue three has been resolved and brought into the light in Young Justice: Targets #4. That’s right everyone, our favorite supervillain billionaire is at it again. He really needs a new hobby. His robotics lab in Bialya was the one behind the creation of the robots that sprung Count Vertigo and queen-napped Perdita! 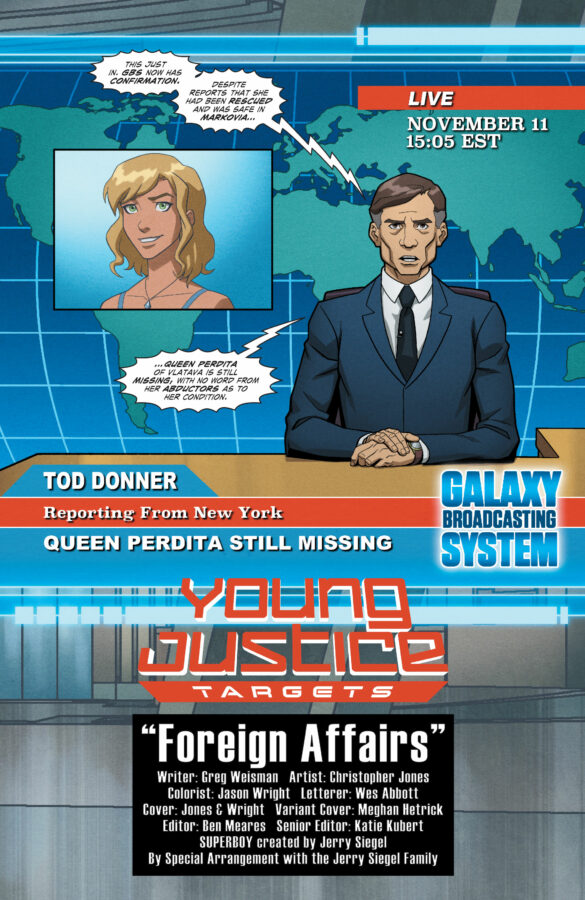 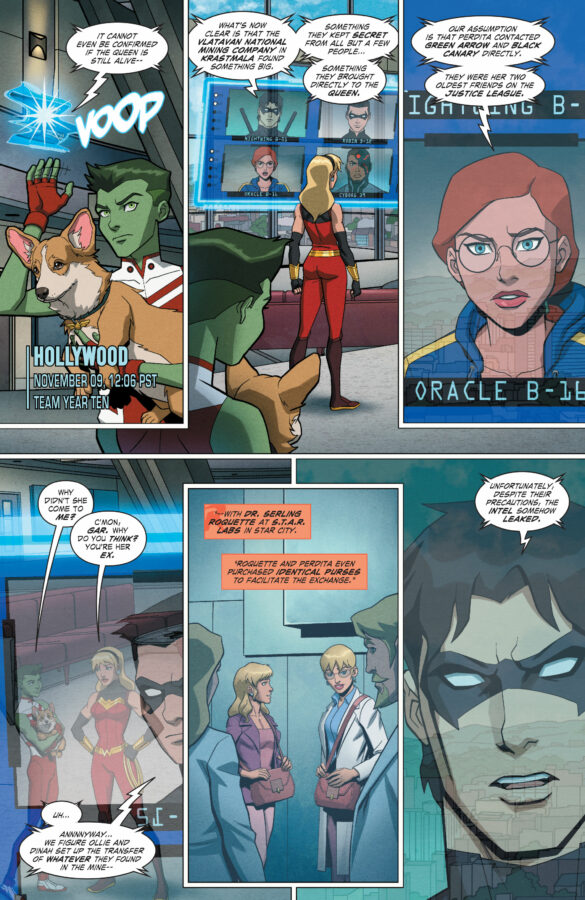 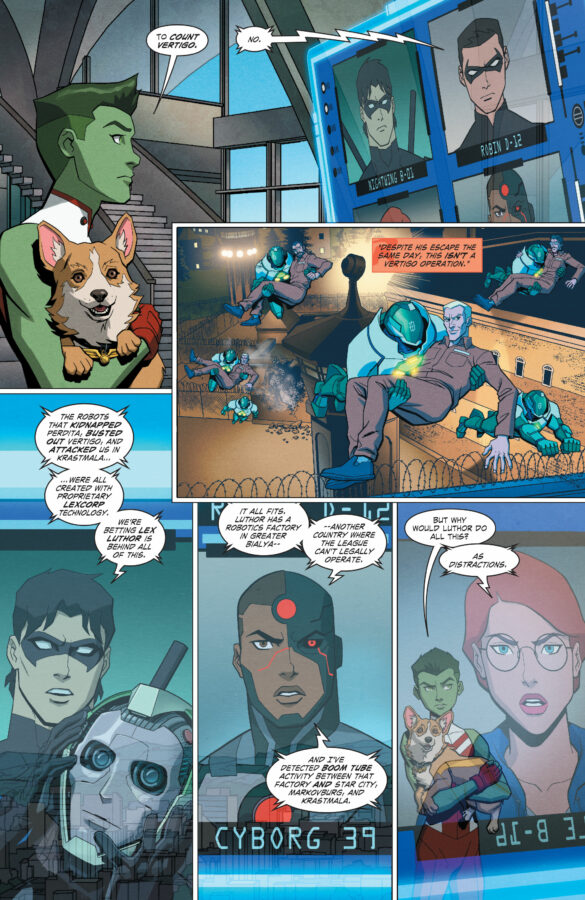 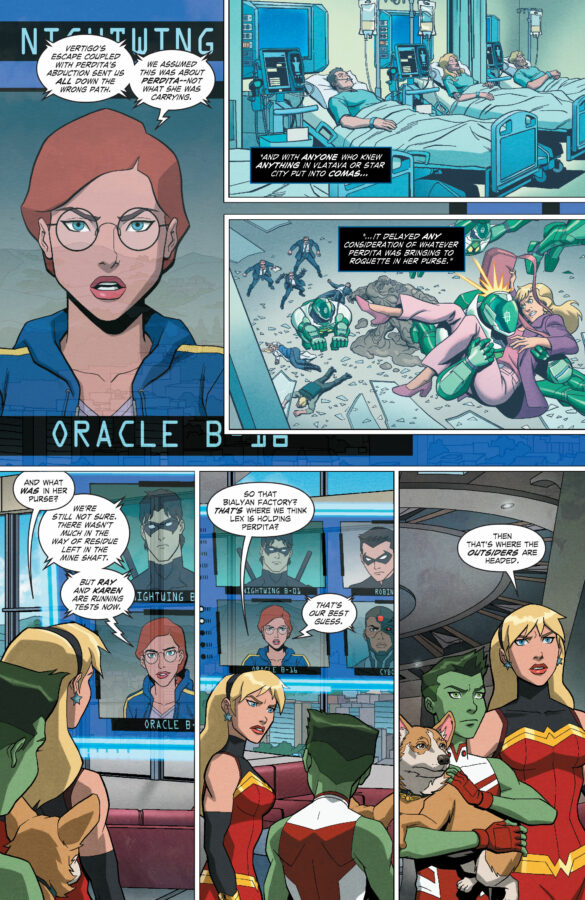 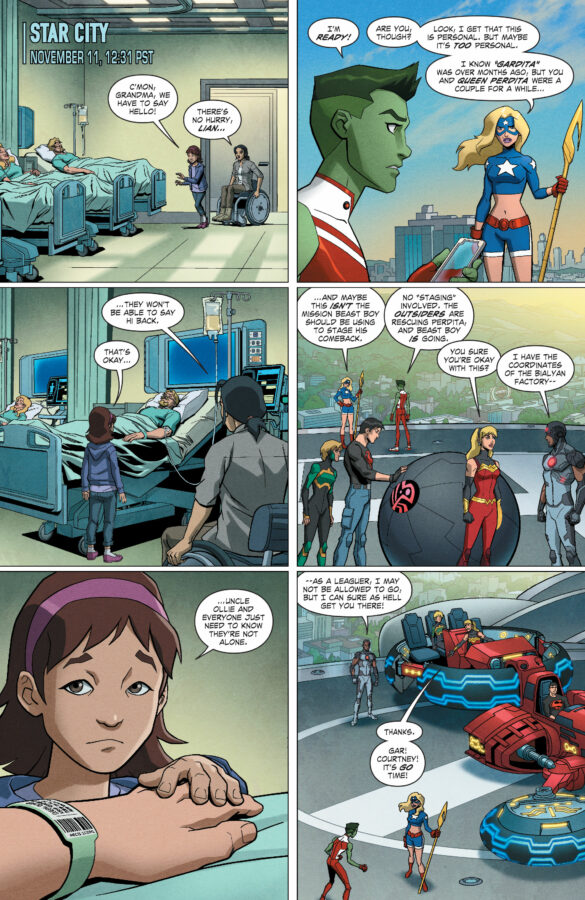 With the intel gathered, The Outsiders spring into action! Boom Tubing to Bialya in an attempt to rescue the Queen and stop whatever Luthor’s diabolical scheme is. Met with a wave of robots, the aptly named ‘Gorilla Squad’ charge inside, leaving Terra and Sphere outside on clean up duty.

Merlyn’s A Wizard With A Bow

The fourth instalment of our trips down memory lane returns us to Green Arrow, trying to protect a young Perdita from Merlyn. With wounds aplenty and on the run, Ollie and the newly appointed Queen are fighting to survive. The duo seems to complement each other, and Perdita doesn’t miss a beat when it comes to Ollie’s quick wit.

However, Merlyn seems to have them in his sights, you’ll have to pick up the next issue to find out what happens next! 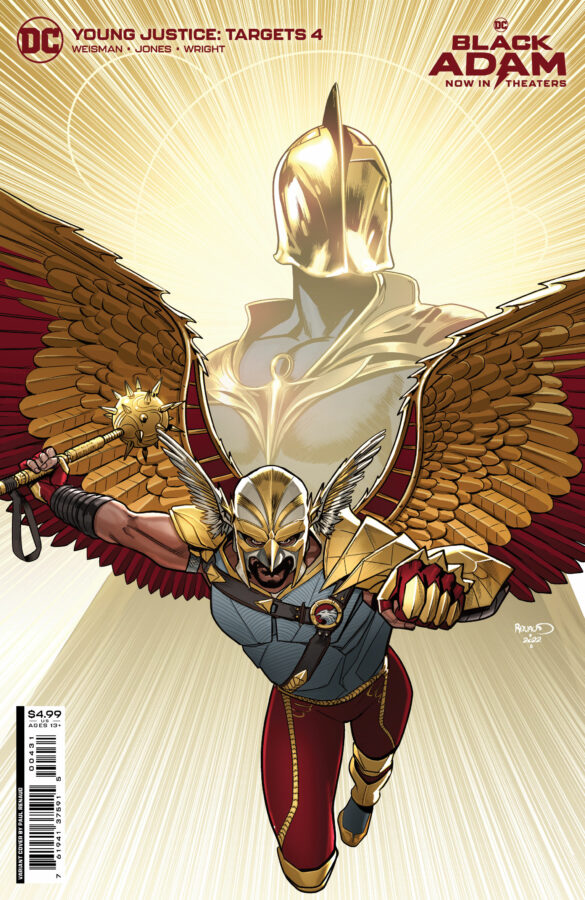 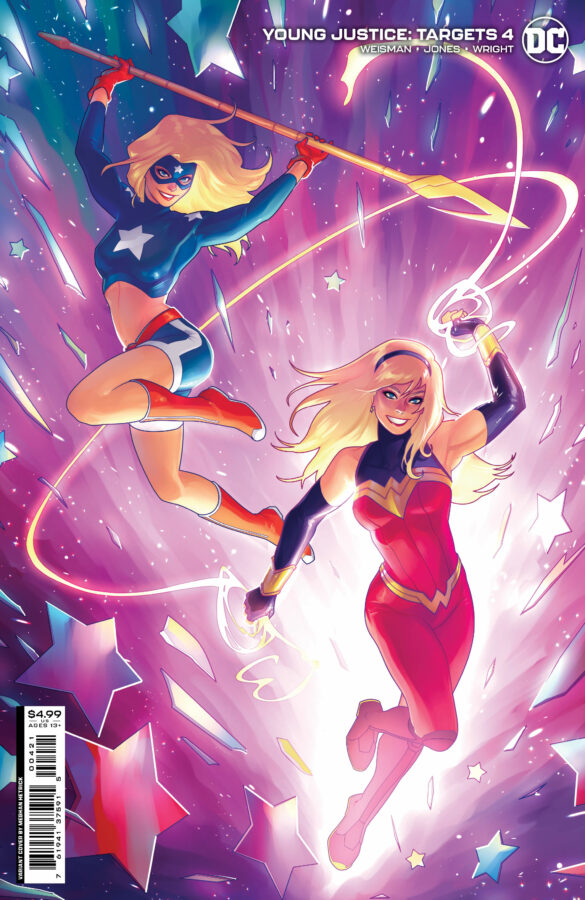 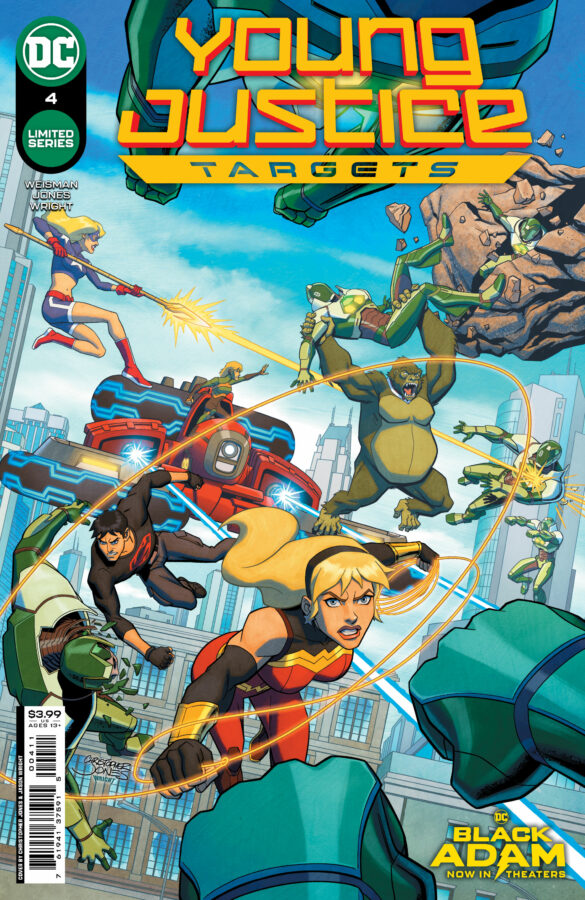 Well, I think this is the unofficial season 5 of the Young Justice show, because it is. Just. That. Good. The pacing in Young Justice: Targets #4 doesn’t miss a beat. The story flows so fluidly, as do the character interactions. Sure, I miss the way The Team operated in the first season of the show… but, The Outsiders, the way the young superheroes have grown and blossomed into their own semi-functioning family just like The League. It truly is a beautiful thing to behold.

I honestly cannot say enough good things about this series. Weisman is a genius, Jones and Wright are simply masterful, and Abbott does wonders yet again.

I mean, where was this when we went two and a half years without any Young Justice content at all?! This is an excellent continuation of the story and characters from the show, as well as being good enough for a stand alone read too. This has been my absolute favorite issue so far, and I only hope that it continues in the way it has been going.