“A Nite To Remember“ 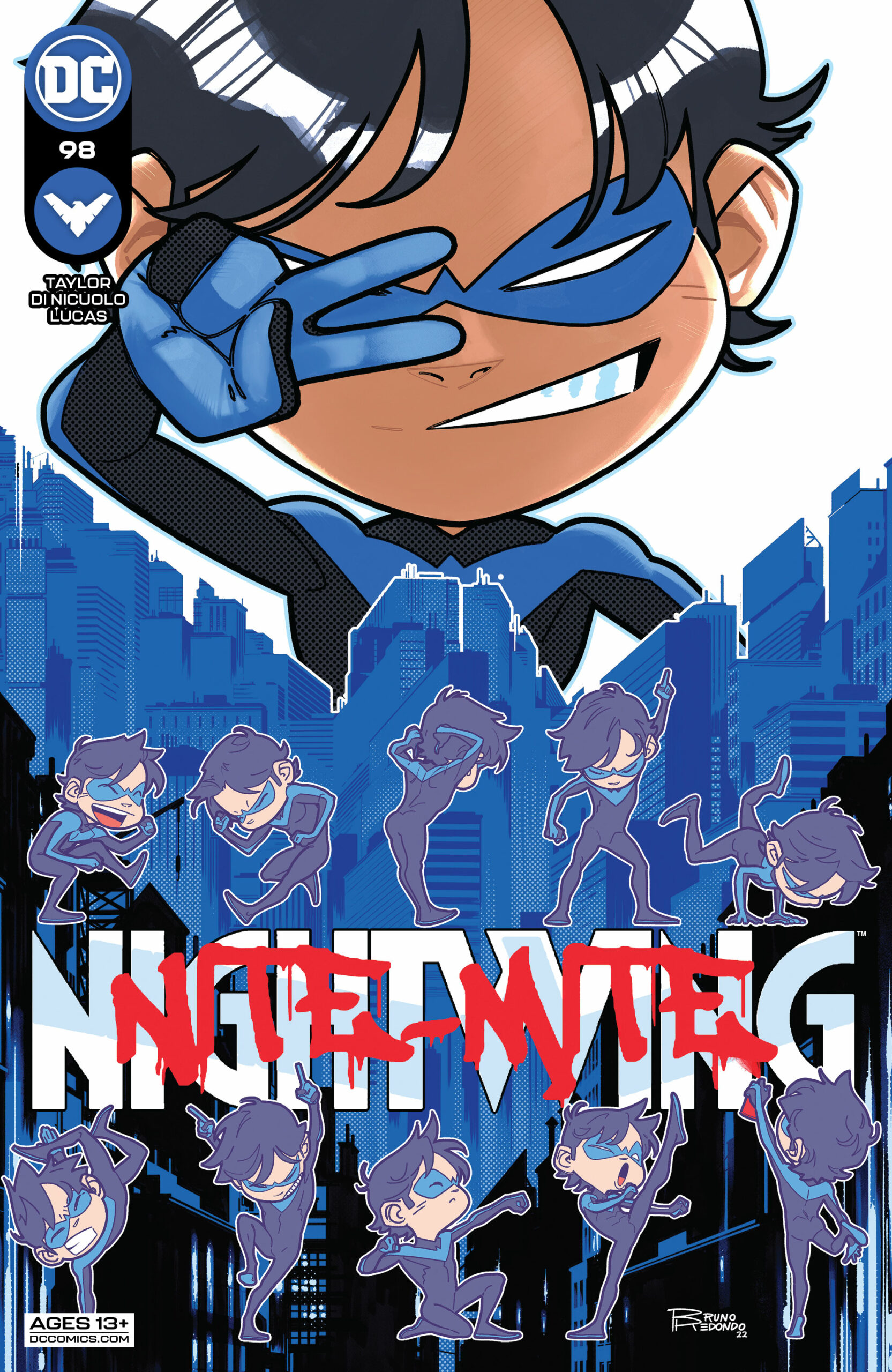 Last month’s cliffhanger probably left a few fans scratching their heads, and others fuming. We left Dick and Barbara, and their mobster captive, faced with a cab driven by… Ric Grayson?!? As the mild-mannered editor of a great metropolitan website, I like to keep my finger on the comics pulse, so I already knew who our Mr. Grayson would be encountering in Nightwing #98. 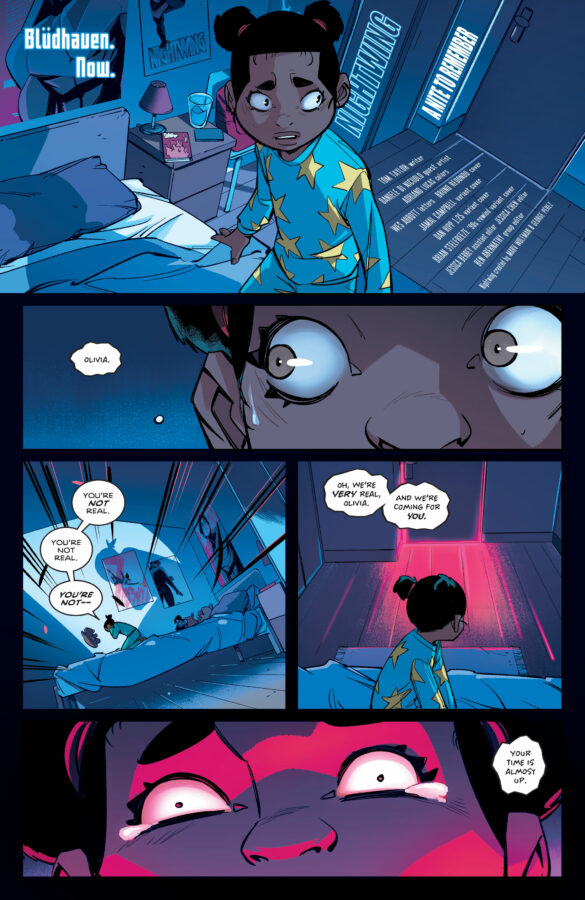 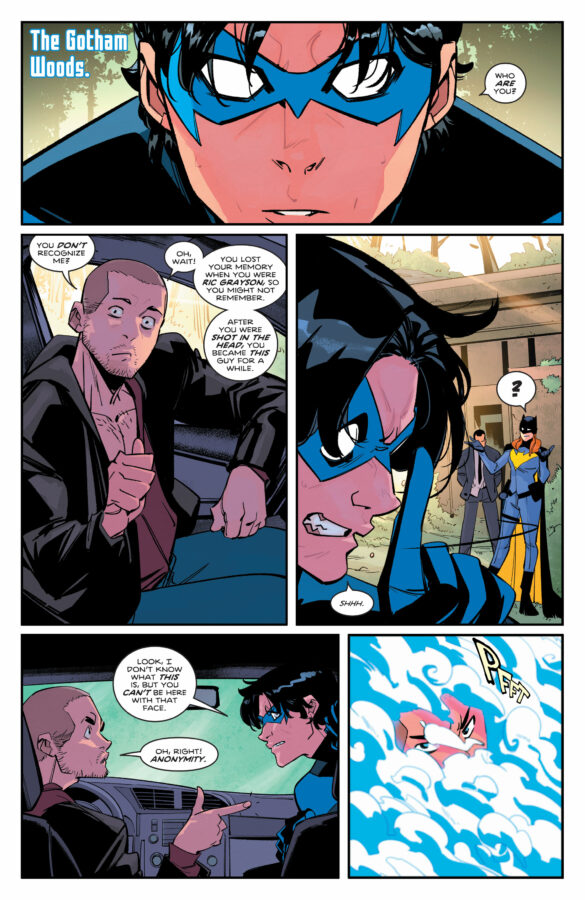 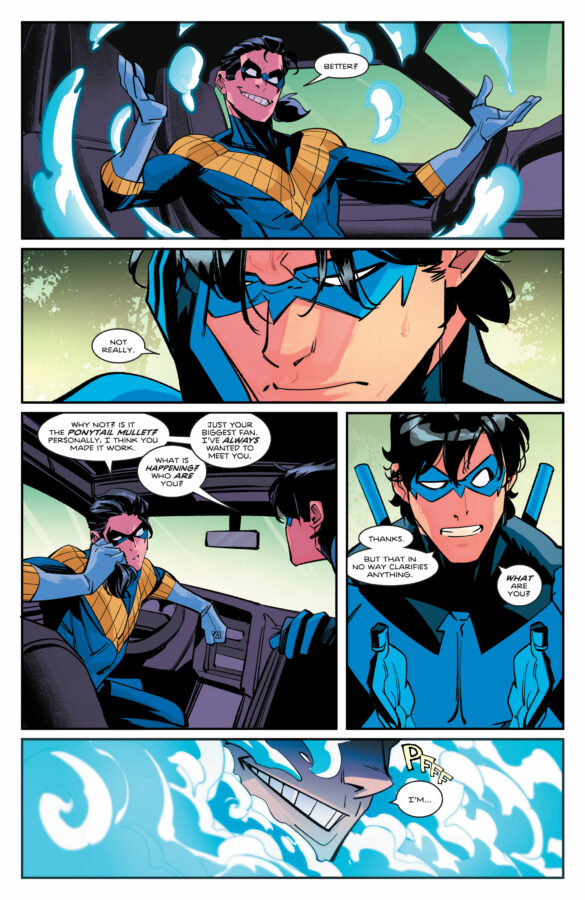 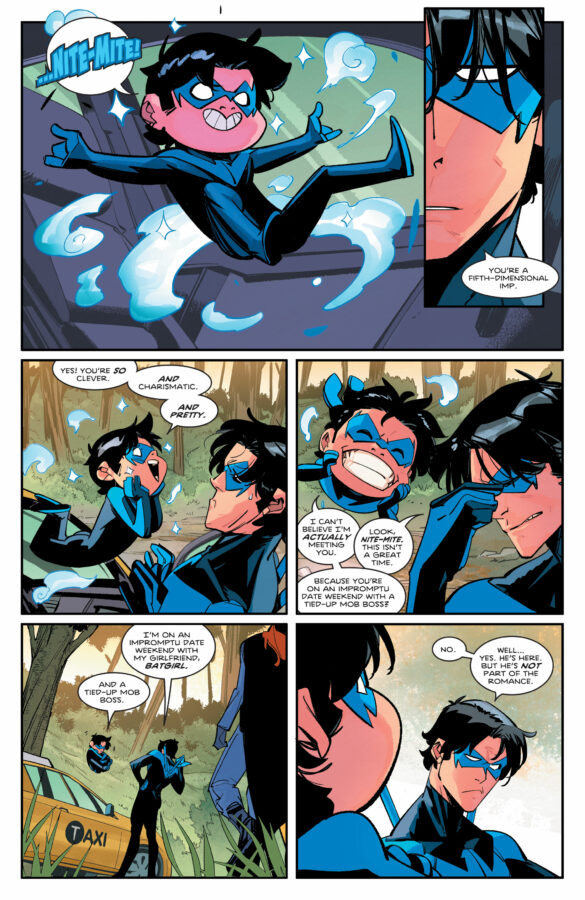 Honestly, if there’s a more fun comic out this month I’ll faint. This issue is so action-packed, hilarious, and full of heart that I just can’t take it. Of course, it’s another issue without Bruno Redondo, but as soon as I saw that the art would be handled by Tom Taylor’s Seven Secrets collaborator, Daniele Di Nicuolo, I knew that this issue was in safe hands.

While Bruno’s art is quite stylized, any comic containing an appearance by a fifth-dimensional imp would need to look and feel a little different. Yes, this issue’s extremely cartoony, but I feel the art fits the story perfectly. We get demons, magic, action, and comedy from cover to cover, and every page is a delight. 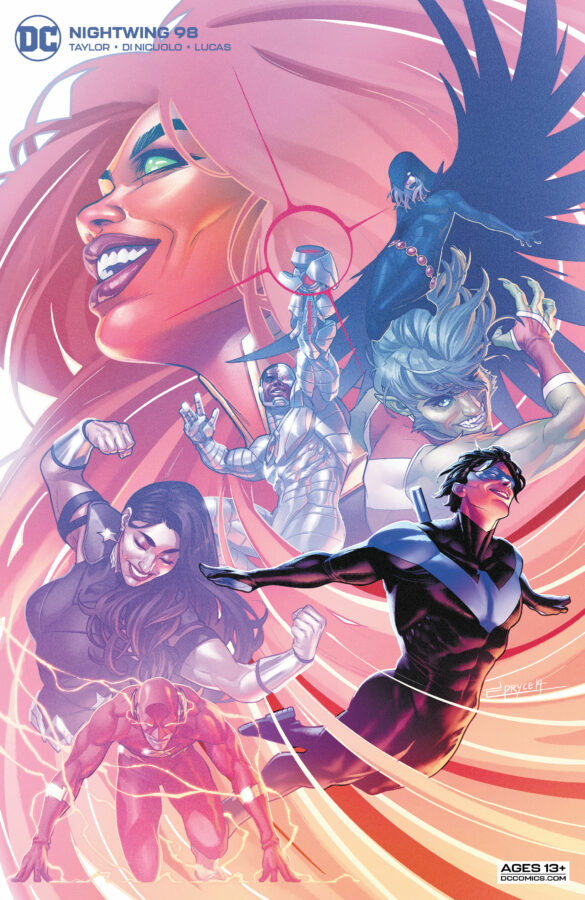 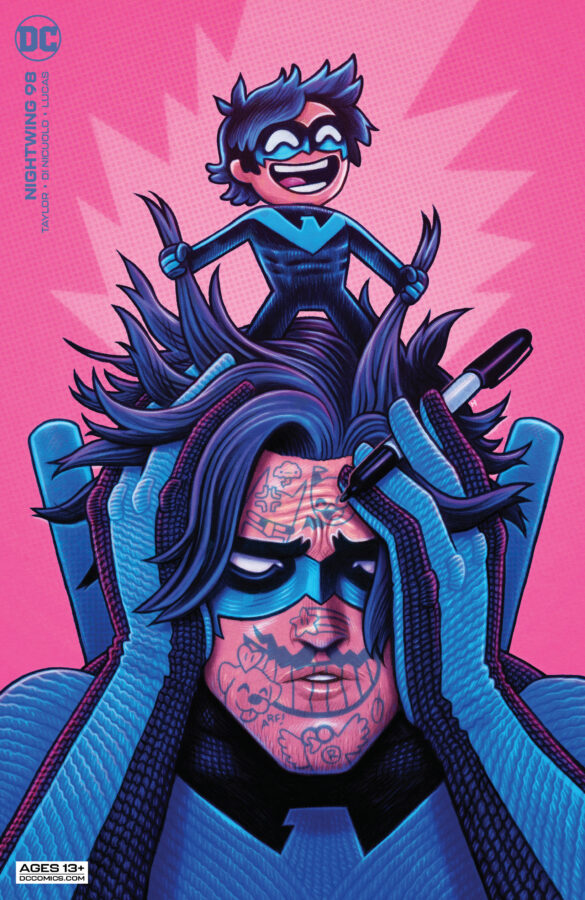 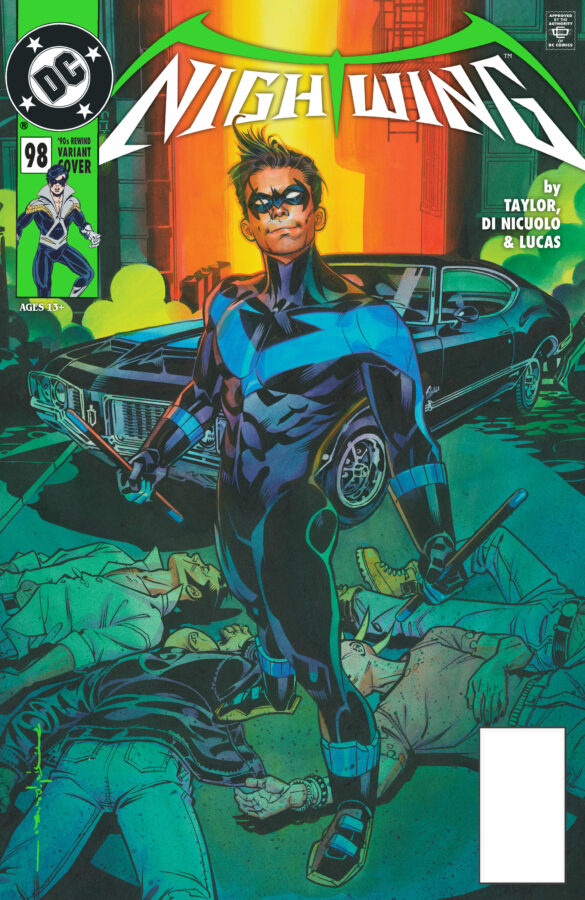 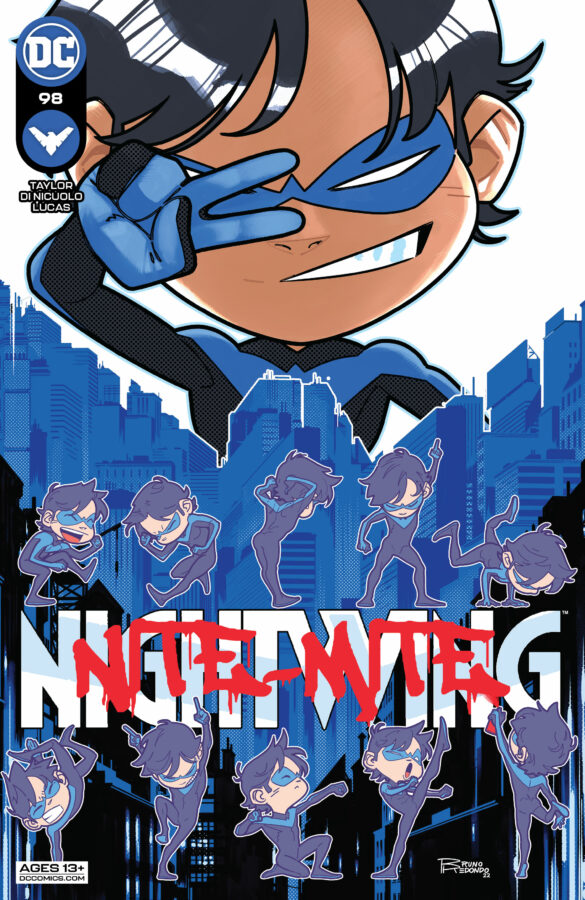 Even Adriano Lucas gets to cut loose and diverge from his night skies and neon lights to give us energy weapons and mystic martial arts mayhem. Like I said, this book is crazy… but good crazy. Wes Abbott must have been laughing out loud when he read this script, as I feel even his lettering this month has been been given a bit of a cosmic twist. It’s lovely to see.

Oh… and if you loved Haley/Bitewing before (of course you did!) then you’re absolutely going to go gaga for her this month. She’s such a good puppy! There are tons of other great cameos too, but I’m not going to spoil them.

To those who say that comics aren’t fun anymore, please read Nightwing #98! This issue, this series, and this character are on fire right now. Seriously, Nightwing is awesome… and I’m not the only person (or fifth-dimensional imp) who thinks so. But this comic, you’ll love it.