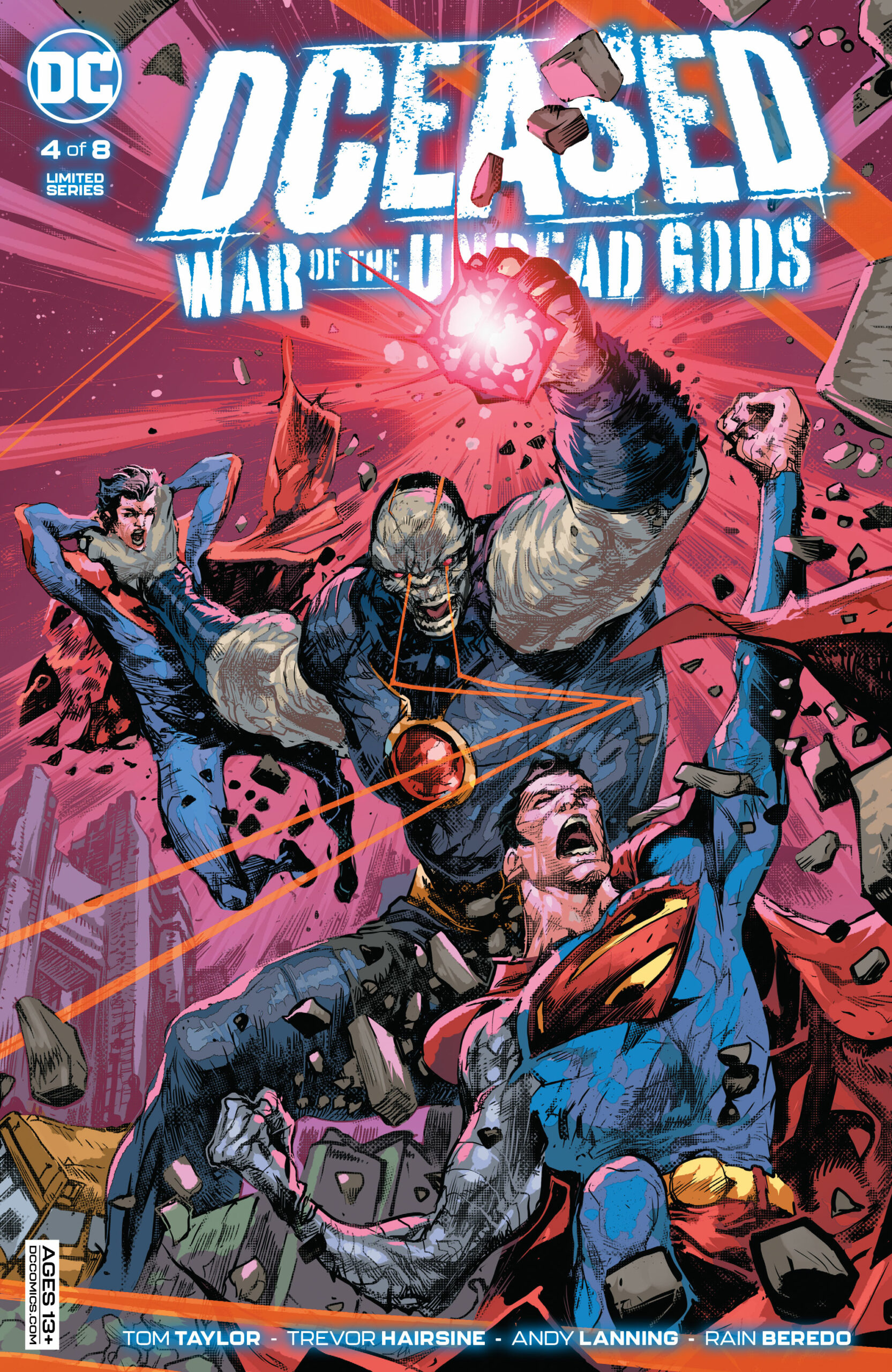 DCeased: War Of The Undead Gods #4 sees our heroes travel to Oa, in order to recruit the Guardians and the Green Lantern Corps. to their cause. To say that things don’t go smoothly would be an understatement!

Every DCeased series raises the stakes, none more than this one. Of course, you always save the best for last. We have old gods, new gods, and, of course, undead gods. Darkseid was always terrifying, but zombie Darkseid? Or, zombie Darkseid with a Yellow Lantern ring?!? The universe has gone mad, I tell you! 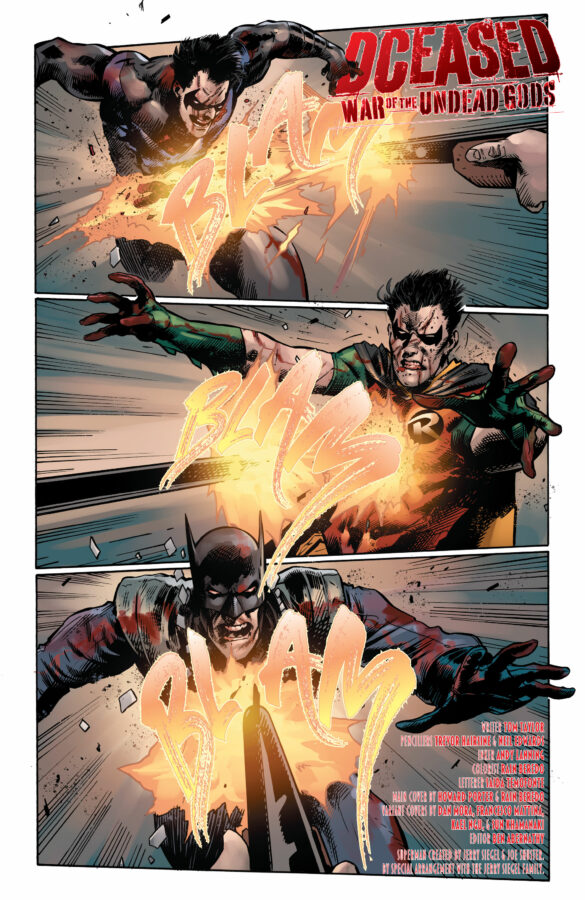 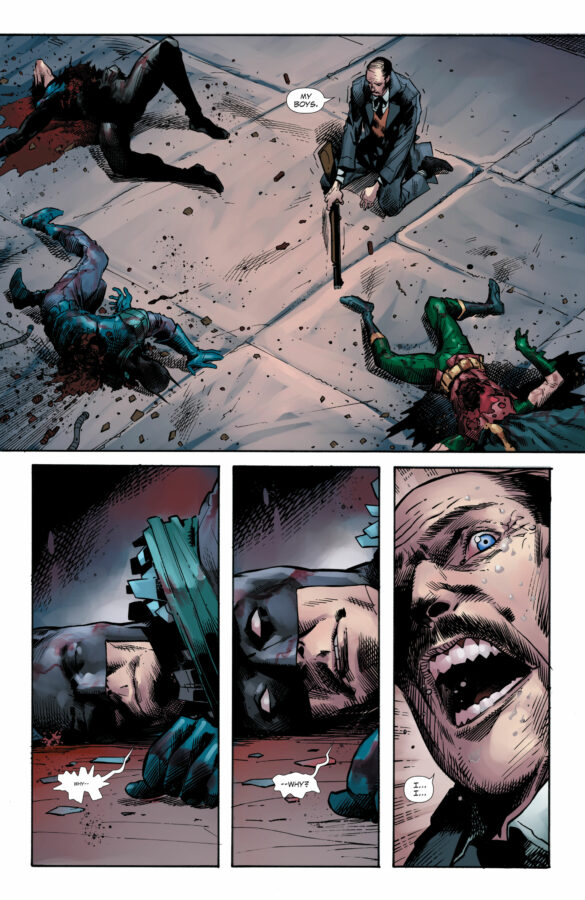 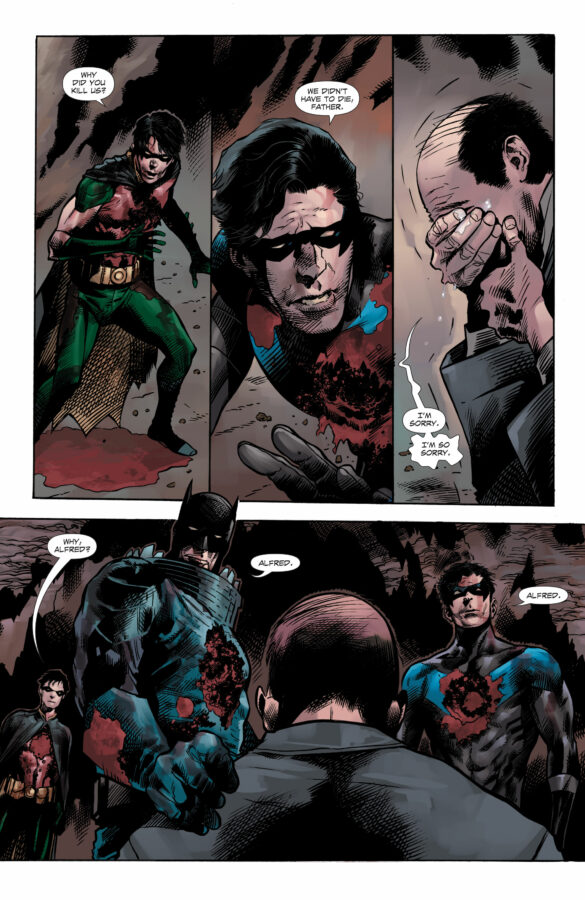 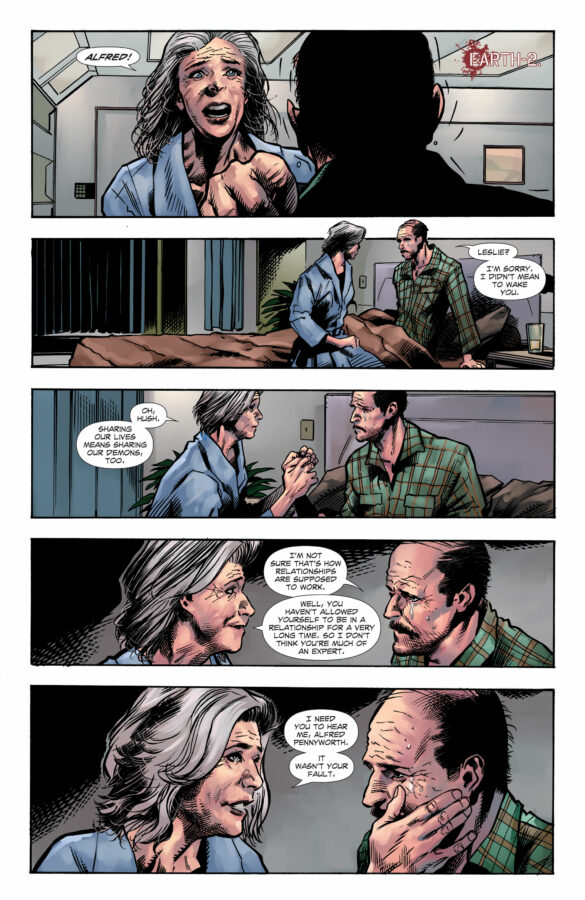 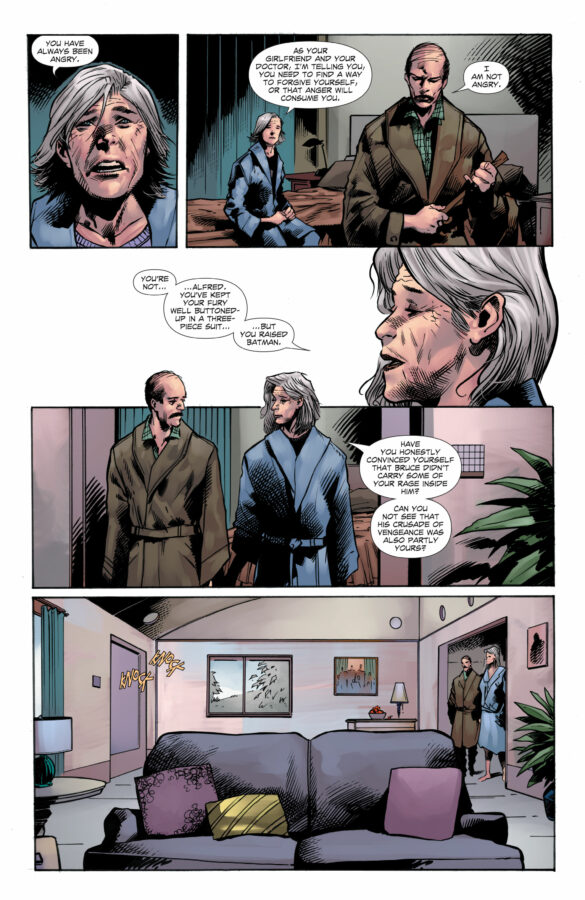 Tom Taylor, Trevor Hairsine, Andy Lanning, Rain Beredo, Saida Temofonte, and this month’s guest artist Neil Edwards always deliver the goods (and the bads, and the gods). This issue’s no exception. We get a surprise romance (one that I’ve been wanting for decades) Jon and Damian as true brothers in arms, a JLI in-joke, and much, much more.

Even with all the death, gore, and carnage, this creative team is having a whale of a time, and it shows in every line of dialogue, scratch of the pencil, swirl of ink, dash of color, and burst of onomatopoeia. What DCeased clearly demonstrates, every single month is a genuine understanding of, and love for, everything about comics. 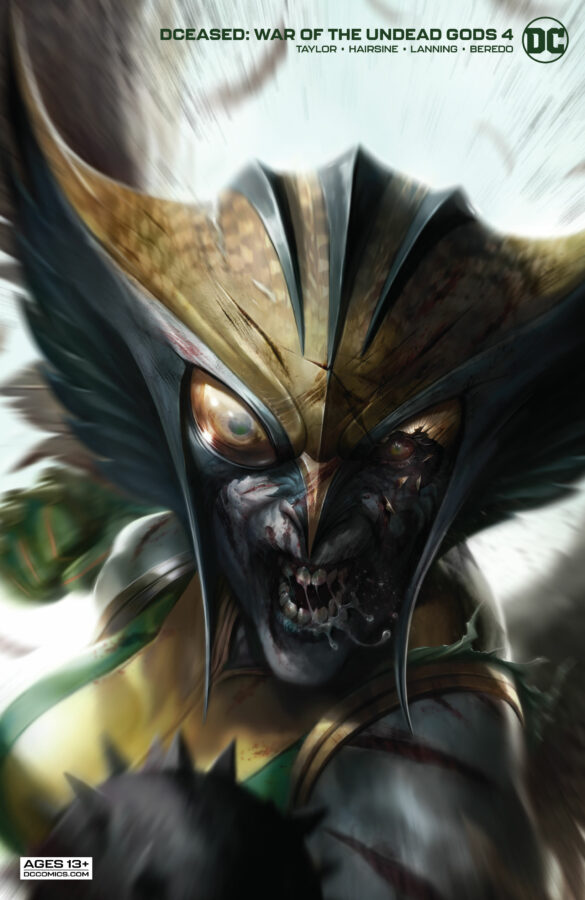 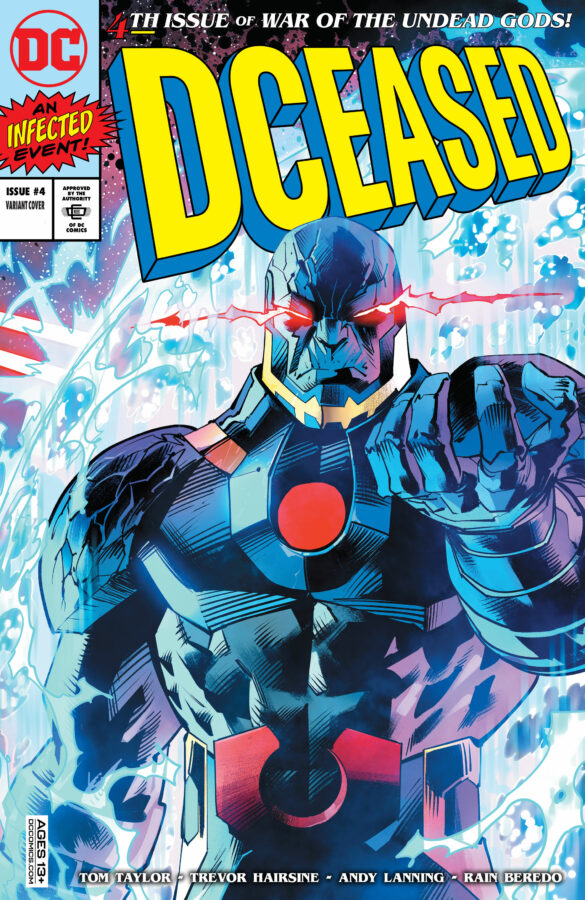 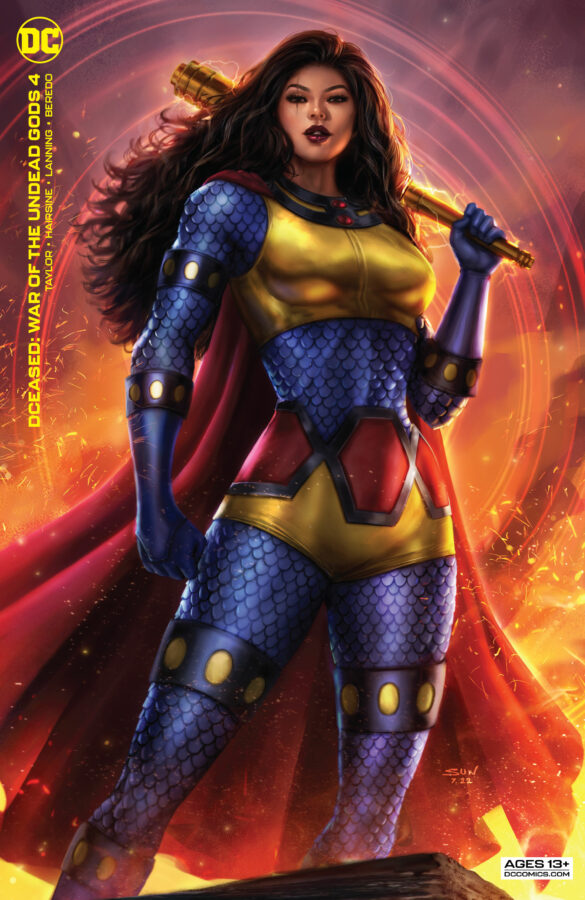 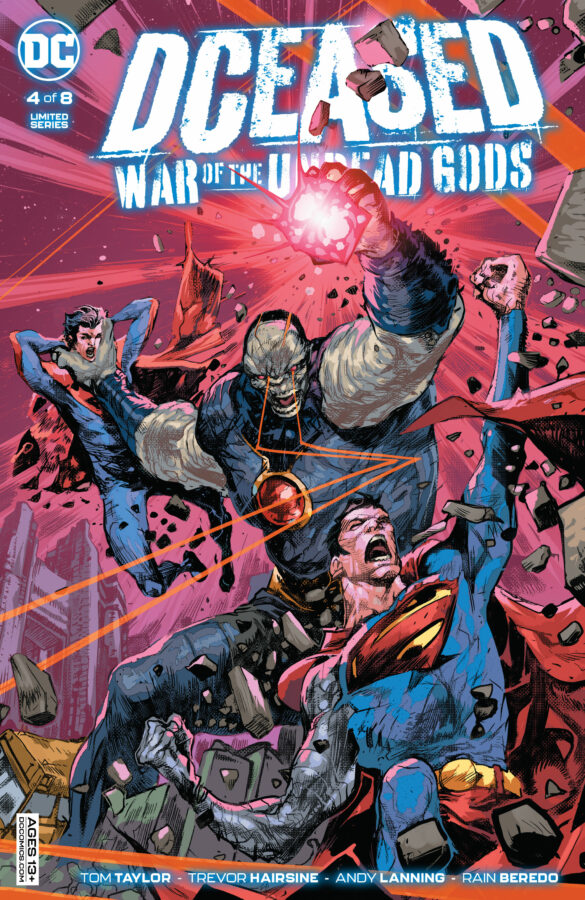 You know you’re onto a winner when a Greek god comments on the whole Captain Marvel/SHAZAM! naming controversy. That’s just one of the small, clever, and hilarious highlights from DCeased: War Of The Undead Gods #4. This series takes a manic, irreverent, and loving look at everything that makes the DC Universe so wonderful.

If you haven’t read any of these stories, then you’re seriously missing out.