The actor Kevin Conroy, known and beloved by so many as the voice of Batman, has died at the age of 66 after a short battle with cancer.

He passed on November 10th, but the news didn’t begin to circulate until voice actor Diane Pershing (Poison Ivy in the DC Animated Universe) posted the news on Facebook with the following words:

Very sad news: our beloved voice of Batman, Kevin Conroy, died yesterday. He’s been ill for a while but he really put in a lot of time at the cons, to the joy of all of his fans. He will be sorely missed not just by the cast of the series but by his legion of fans all over the world.

When he took the role of Batman in 1992 for Batman: The Animated Series, Conroy was the first actor to insist on doing separate voices for Batman and Bruce Wayne. It’s incredible to note that the series only lasted for four years, as the impact of both the show and Conroy’s performance have both since become legendary. During the run, he performed alongside Mark Hamill, who portrayed the Joker to great acclaim himself.

Hamill said in a statement:

Kevin was perfection. He was one of my favorite people on the planet, and I loved him like a brother. He truly cared for the people around him – his decency shone through everything he did. Every time I saw him or spoke with him, my spirits were elevated.

Conroy had established himself so well in the role and proved to be so popular, that he continued to voice Batman in nearly 60 different productions, including 15 films, and another 15 animated series, amounting to over 400 episodes and more than 100 hours of television.

He reprised his role repeatedly in non-DCAU films, shows, and video games. His iconic voice can be heard across various media like Justice League Action, Batman and Harley Quinn, the Injustice video games, Infinite Crisis MOBA, and Gotham Knights. More recent fans are familiar with his portrayal of Batman in the immensely popular Arkham video game series and it’s various spin-offs.

He even portrayed a live-action version of Bruce Wayne during the Arrowverse’s “Crisis on Infinite Earths” crossover event. The MultiVersus fighting video game was the most recent- and now final- time Conroy voiced Batman. He’s both the longest-running and most prolific actor to ever portray Batman.

If that wasn’t enough, Conroy then embraced the Convention circuit, immersing himself in the side of the industry that keeps it breathing: the fans. He also wrote a short comic story featured in DC Pride 2022 one-shot about his life entitled Finding Batman. 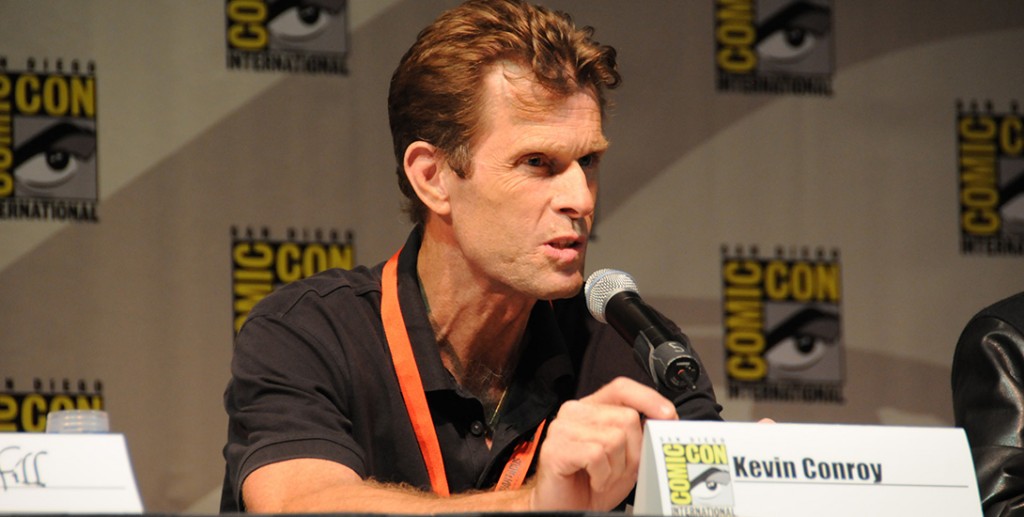 Born on November 30th, 1955 in New York, Conroy studied acting under John Houseman at The Julliard School alongside the likes of Christopher Reeve and Robin Williams, who he shared a room with. He is survived by his husband Vaughn C. Williams, sister Trisha Conroy and brother Tom Conroy.

There’s a reason that Conroy voiced Batman for so many years: he was good at it. Screen acting isn’t the same skill as voice acting. It’s an underappreciated art that doesn’t get the same widespread recognition. Everyone knows the names and faces of the actors that have played the live-action Batman roles, but the movie industry is also transitory and fickle. Voice acting recognizes talent alone and Kevin Conroy not only found the right voice for one of fictions most enduring characters, but he was also able to play the role long enough to make him a legend.

You can read a DC interview with Kevin Conroy here. Also highly recommended is an article by our editor Steve J. Ray on the personal impact of Kevin Conroy’s career as Batman and why he should be in the DC Comics Hall of Fame.