McFarlane Toys have announced pre-order details for the latest Batman statue in the Batman: Black & White series, and it’s based on a design by the legendary Denys Cowan.

Launched in 1996, the Batman: Black & White comic anthology was created by editor Mark Chiarello, who was inspired by the 1960’s Creepy comics which featured a host of the biggest illustrators in the industry.

Over the following fifteen years some of the best writers and artists in comics contributed Batman stories which essentially had two restrictions: that they be eight pages long and in black and white. This was an open invitation to play around with one of the greatest comic characters of all time that proved to be too good an opportunity to miss, and the series has seen five volumes of the collected stories published so far.

Many of the tales were also published as a back-up strips in the Batman: Gotham Knights comic series. Published in 2002, issue #27 featured the story “Never Say Die”, which was written by the late Dwayne McDuffie. The story involved a small-time crook nicknamed Do-boy desperately trying to prove his worth to his employer, the Penguin, and it was illustrated by the great Denys Cowan. 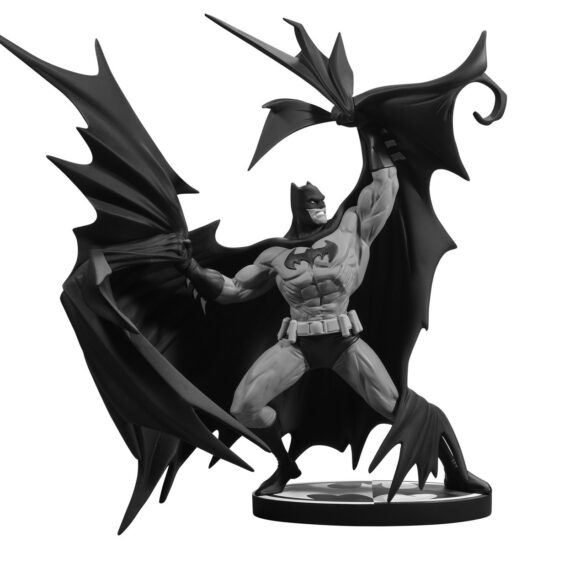 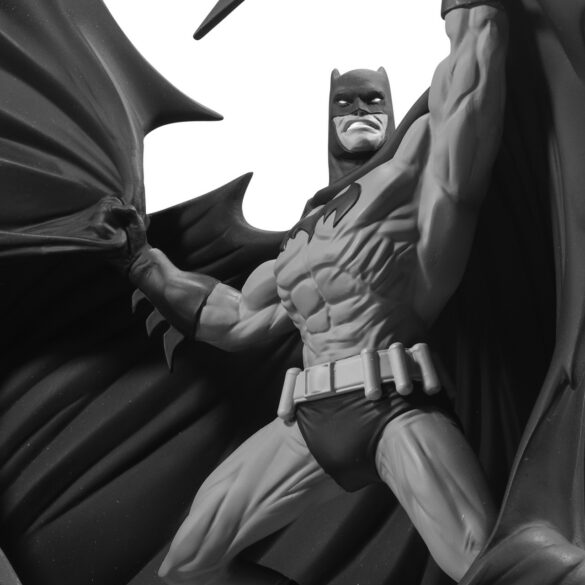 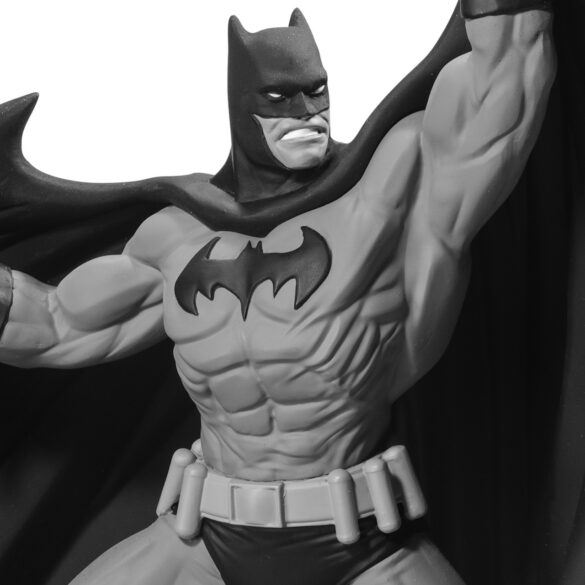 Starting his career at the beginning of the 80s, Cowan eventually established his name as the illustrator for over thirty issues of The Question from 1987. His scratchy, rough-pencil style has brought a gritty look to a host of characters from both DC and Marvel over the years, and he co-founded the Milestone Media company which sought to address the under-representation of minority groups in comics, launching the likes of Hardware and Static Shock.

Cowan’s interpretation of Batman for the grey-tone statue is impressively bold – the muscles are crazy-ripped, and the cape is flung wide in a rough, angular and pointed way, edging more towards real-life batwings than a traditional superhero cape. If you can’t make an impact with color, go for the pose!

The Batman: Black & White by Denys Cowan statue is available to pre-order now.