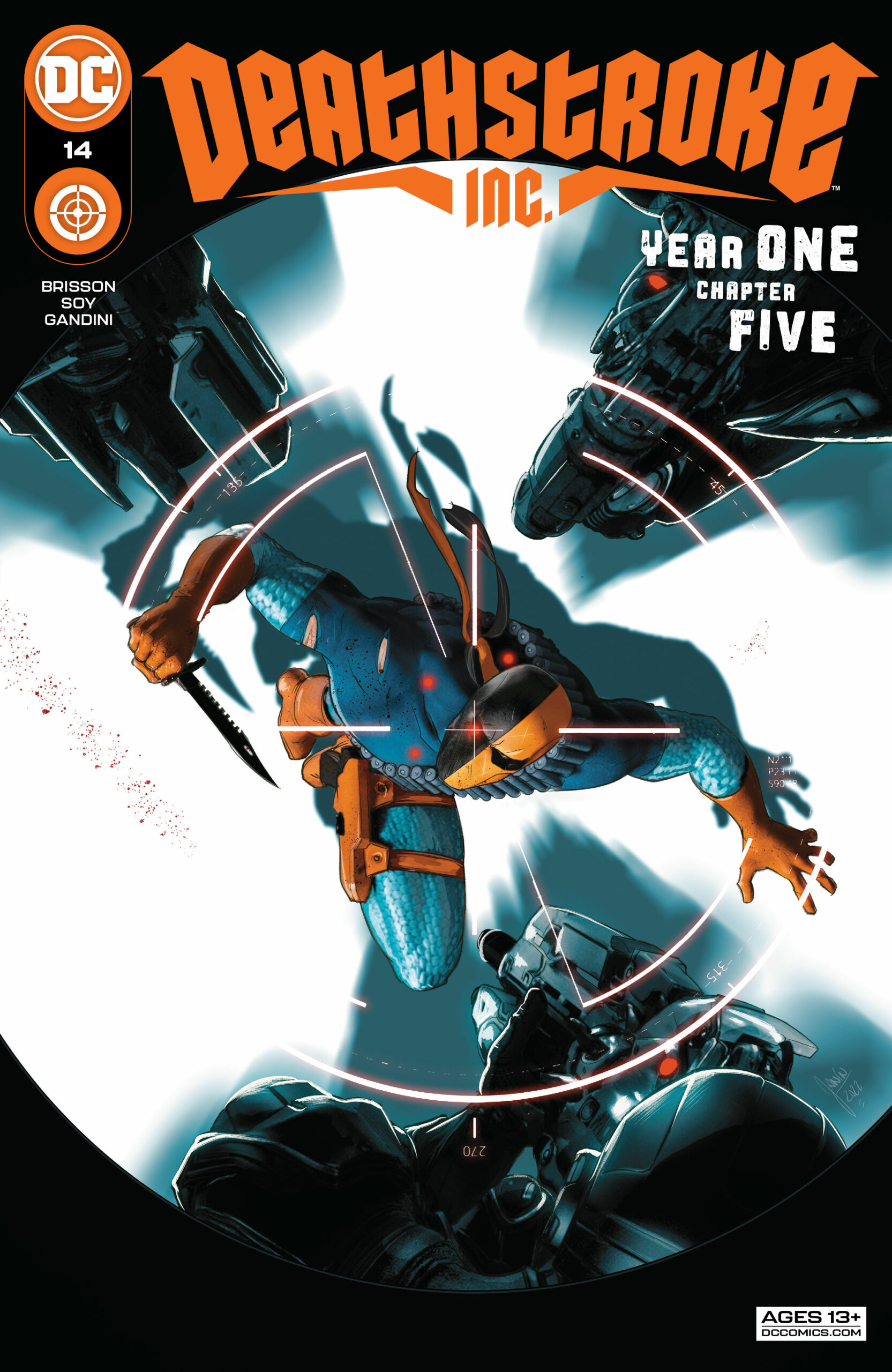 Deathstroke Inc. #14 has arrived, and boy is it a different issue from #13! Last time, I complained that there wasn’t enough action, and Slade must have heard my critiques. This time, “Year One” continues to show Deathstroke’s journey in trying to fulfill his first contract with a whole lot of blood. Honestly, the issue made me a little bit queasy in some parts, but what else would you expect from a comic starring arguably DC Comics’ greatest assassin?

Light spoilers ahead, so proceed with caution.

Guns, Sabers, and Whips… Oh, My

Slade faces off with the other contract killers called in to take out his mark after he “died”. This trio’s introduction was cute at first (I really enjoyed their variety of weapons), but Slade steals the show every time. This is to be expected since it’s his story, but I wouldn’t mind focusing on other characters every once in a while. 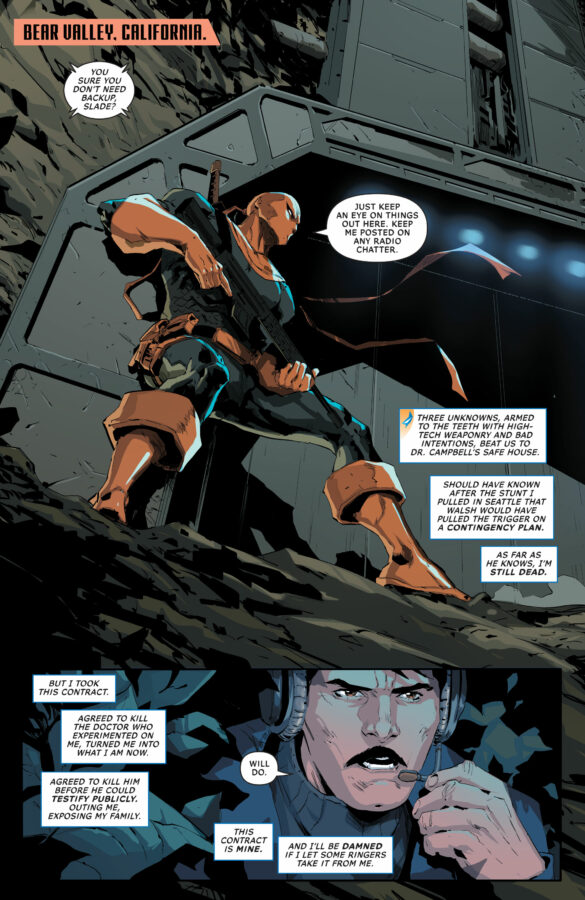 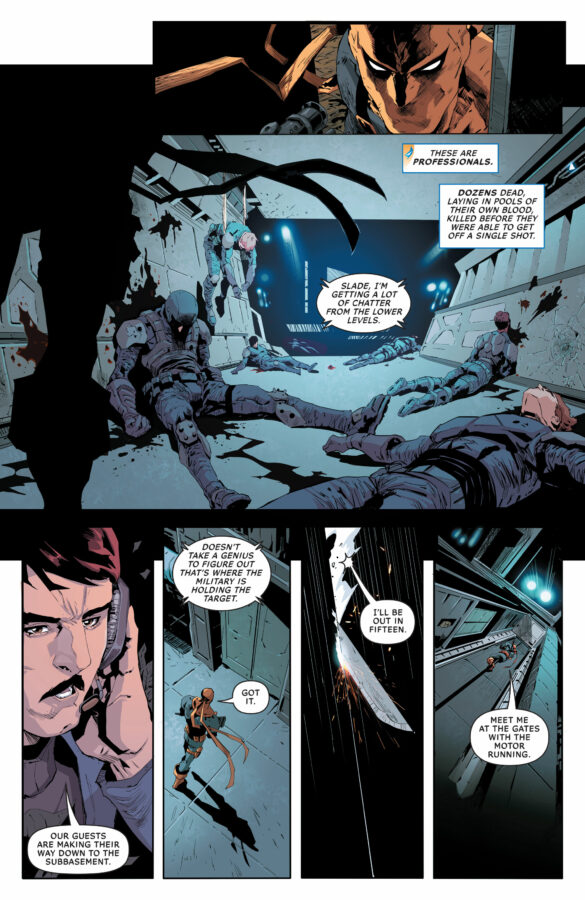 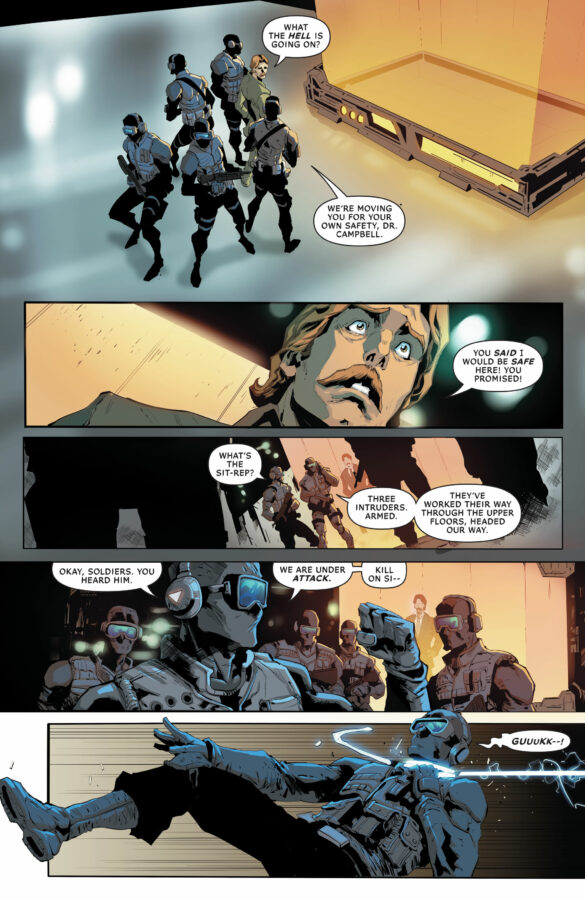 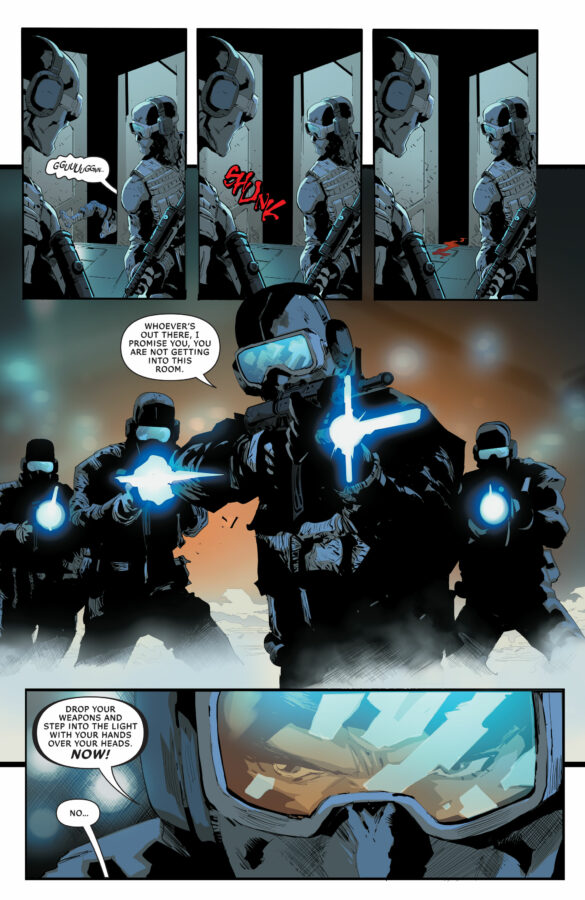 Well, these assassins go round and round first. First Slade plays dead, then somebody else plays dead… It’s good fun honestly, other than the inexplicable amounts of blood. Although, I forgot throughout the issue that Slade wasn’t the only enhanced human. Deathstroke deduces this on his own while observing his rivals, but it doesn’t seem very relevant until everybody starts playing possum.

I just don’t find Slade facing off against people almost identical to him to be as fun or particularly interesting? We shall see though, since one they’re not all taken out. He doesn’t seem to be going away for a bit, so maybe he’ll be more interesting?

Speaking of hoping for more interesting, I feel bad in some ways for the writers of this story. They clearly want readers to care about Deathstroke’s partner, Wintergreen. His fate and stakes at the end of this issue certainly set up his story to be more relevant in the next issue, but honestly? I am not sure I could care less. I am new to the character, though. Perhaps people who’ve been reading Mr. Wilson’s adventures for longer may be more invested in the character.

Wintergreen has been best when he’s just on Slade’s earpiece, so I didn’t find that making him a main character or giving him importance was interesting enough. As an audience, why should we care? We haven’t had much interaction with the character, and he’s really only served as a means of communication between Slade and Adeline, or as Slade’s mission guide. I’m not really looking forward to seeing what happens to him, if only because I find it completely irrelevant.

We’re supposed to be learning about Slade’s first year as an assassin and his descent into apathy and we’ve seen this in his treatment of his family. I don’t expect him to care all that much about Wintergreen, but perhaps we’ll be pleasantly surprised?

Too Much of a Good Thing

Deathstroke Inc. #14 is the penultimate issue of the “Year One” arc, and I didn’t think I’d be saying this, but I think this story may be running an issue too long. While this has been one of the best things to happen to the series, I’m starting to miss the dynamism of previous issues. You can see the shift in tone for the series simply by comparing the covers from the start of the series compared to more current ones. Deathstroke Inc. #1-9 featured covers that were sharp, busy, and exciting. #10-14 feel dull in comparison.

I also desperately miss Black Canary. We got a little sprinkle of a reference to her when Green Arrow showed up previously, but there have been no characters recently that we can see as heroes. We’re rooting for Deathstroke, but why? I don’t know anymore. He wants to protect his family and get paid, but his main motive at this point is revenge. Are we supposed to morally agree with his ideology? I don’t think we are, so what’s our interest here now? I’m getting lost at this point as to what the point of the series and the arc actually are anymore. 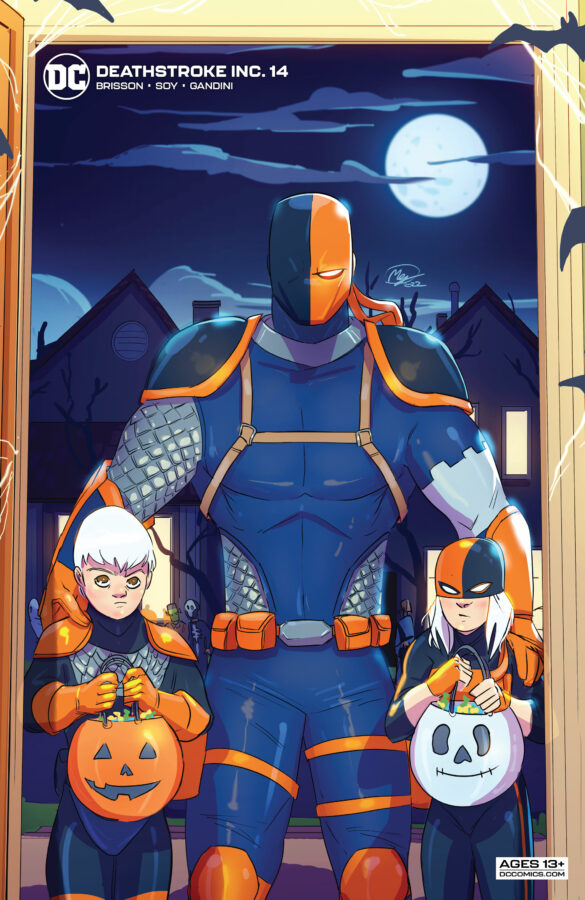 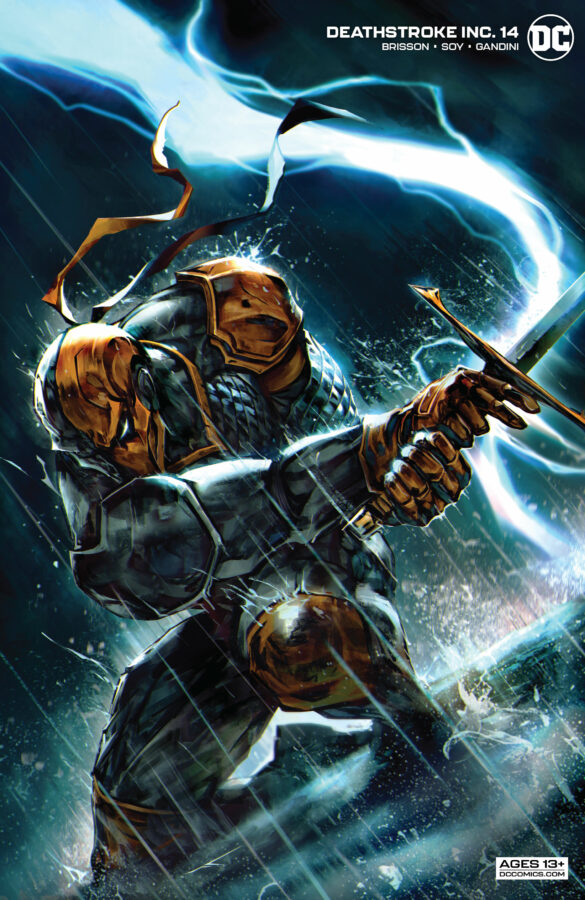 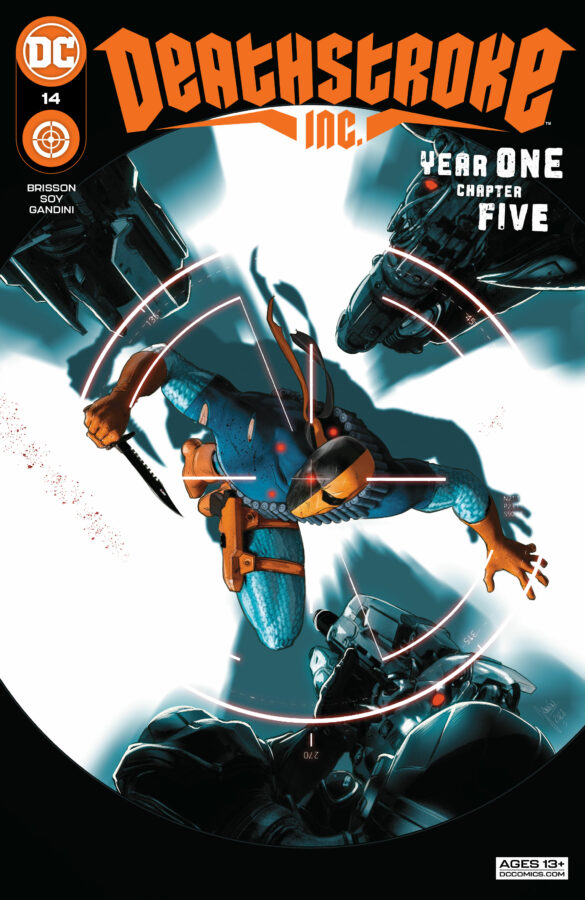 Despite my confusion, Deathstroke Inc. has definitely been enjoyable and entertaining. This issue in particular did feel a bit closer to what we’ve seen in previous issues and arcs, which was refreshing in its familiarity. The next issue will be the last of “Year One”, and I, for one, will feel bittersweet about it. I want Black Canary and Rose Wilson back. I want punchy colors and fantastic art. The consistency of the creative team keeping this arc completely in the past has been great stylistically but sadly, I’m just starting to get… bored?

No matter what though, Deathstroke Inc. #14 was enjoyable and a great setup for the end of this chapter of Slade’s life. I will miss the serious nature of “Year One”, but I’m ready to get back to sarcasm and biting insults. Soon.

Drop us your opinions and comments below!