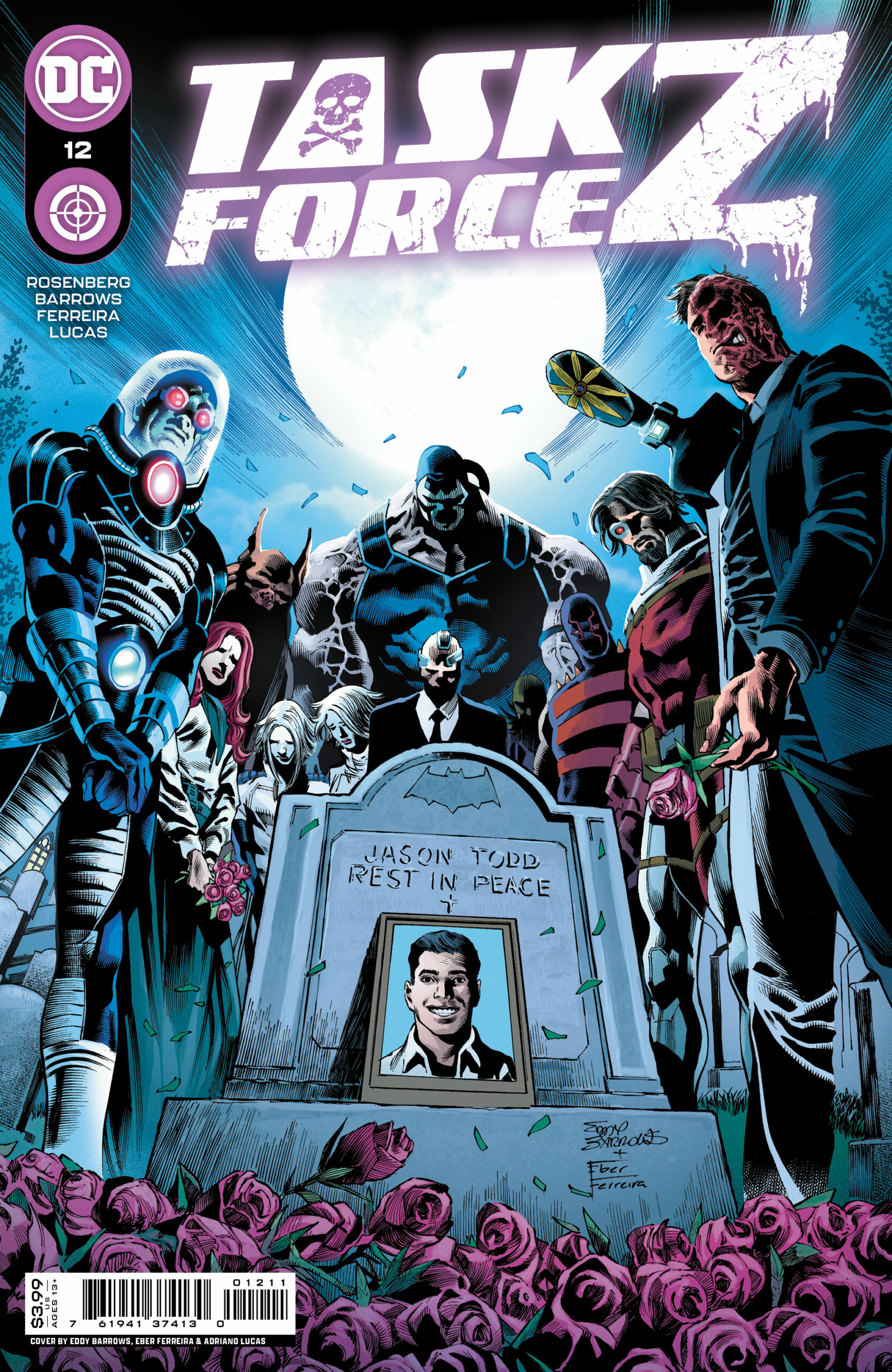 Where to begin? This story was an unexpected, underappreciated, undiscovered gem! I really enjoyed the character growth and the different interactions. Don’t get me wrong, it wasn’t perfect and there were some details that I didn’t care for personally., but I will say that, as a comic book fan, as a Jason Todd fan, and as a fan of a motley crew of rogues… this story was a blast. 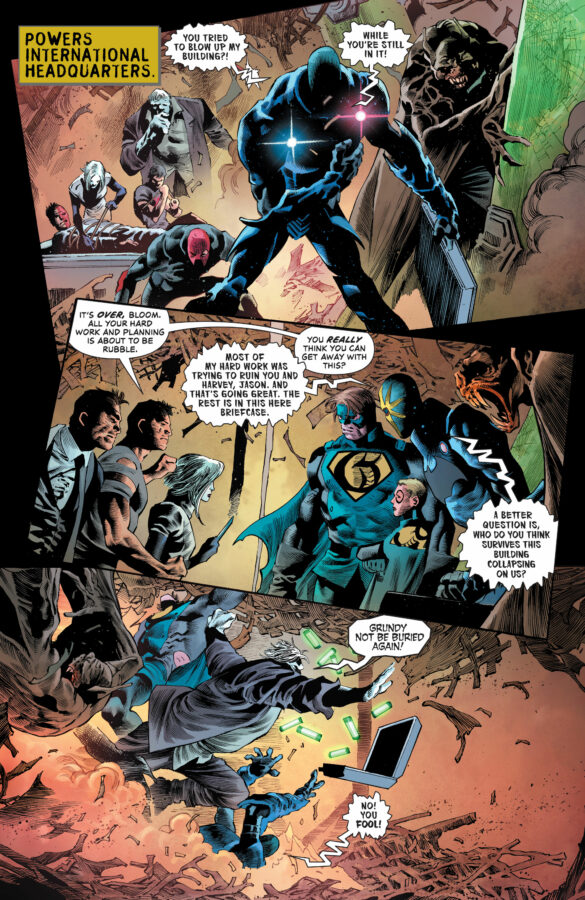 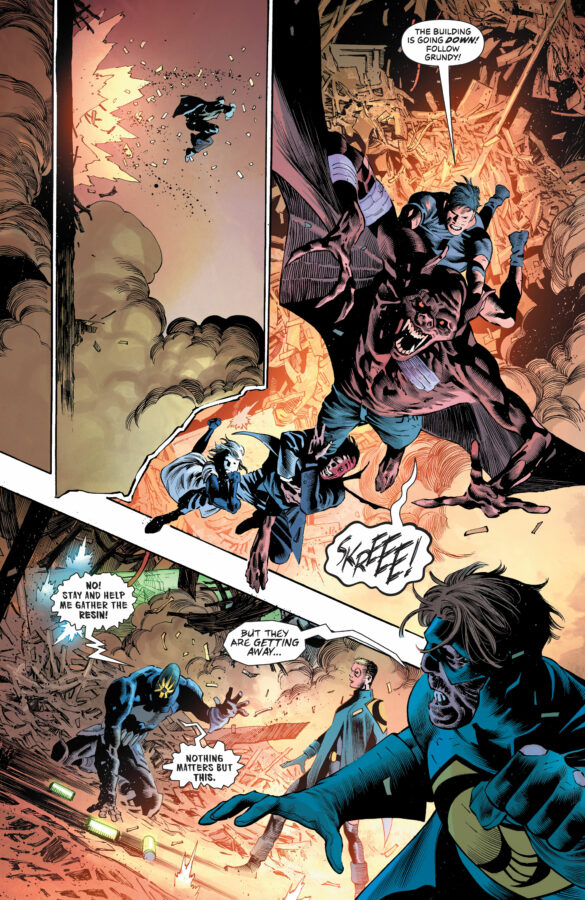 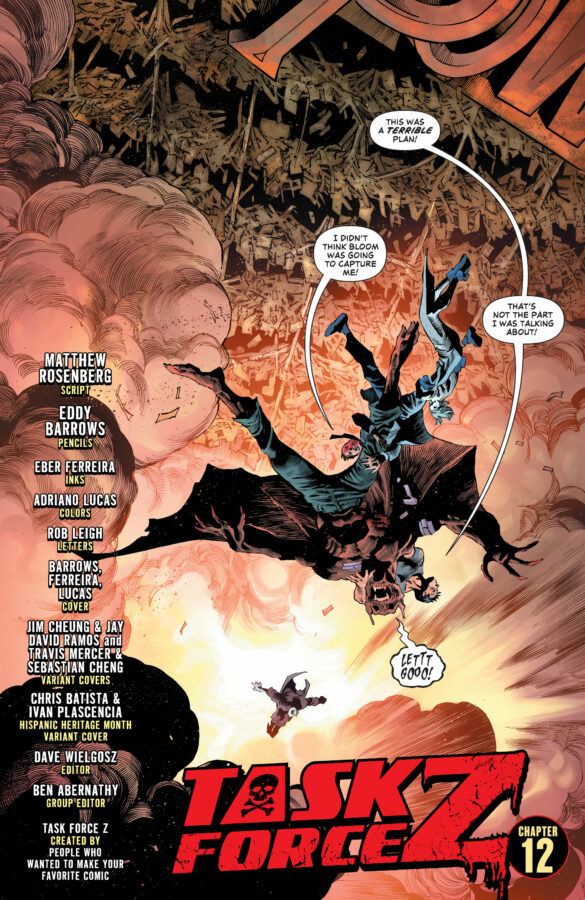 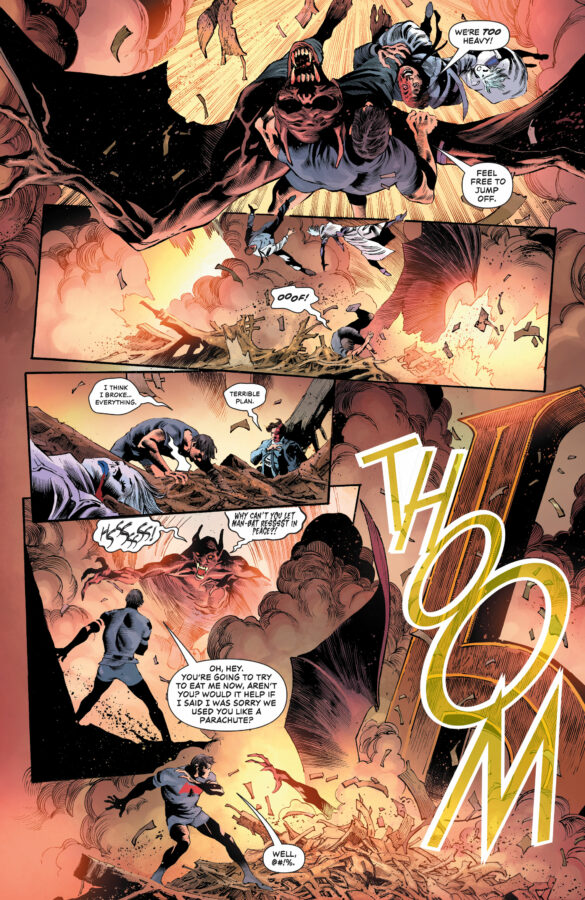 Everything that’s happening when we jump into this issue is mad. The previous chapter ended with explosions, fire, and Mr. Bloom just cutting down any who crossed his path. We’re treated to the aftermath and immediate retaliation of Task Force Z and Harvey Dent against the tall, thin, and creepy Mr. Bloom.

With most of the characters dead and Bloom holding the only remaining drops of Power International’s Lazarus Resin, anyone who falls could be done for, for good, even the zombified Gotham and his sister Gotham Girl. His story is an interesting one, as he was brainwashed, dressed up, and brought back to life thinking he was Bane.

Ever since Infinite Frontier #0 none of us believed Bane was dead. Then he was resurrected in The Joker series, and again in Task Force Z… then it turns out he wasn’t dead to start with, and after all that in this series it turns out it wasn’t even him! I mean it makes sense to me… but I’ve read every DC book since 2011. Does it make sense to people who haven’t? You tell me, readers!

Other than a few drawn-out convoluted plot lines, the writing in this series has been great. It was funny without trying too hard, creepy when it needed to be, action-packed, and unpredictable. Rosenberg balances out the seriousness of the DC universe with the laughable plot point of a revolving door on death. The art in this issue is just as great as it was 11 issues ago, I really felt the tension and the danger the characters were in. 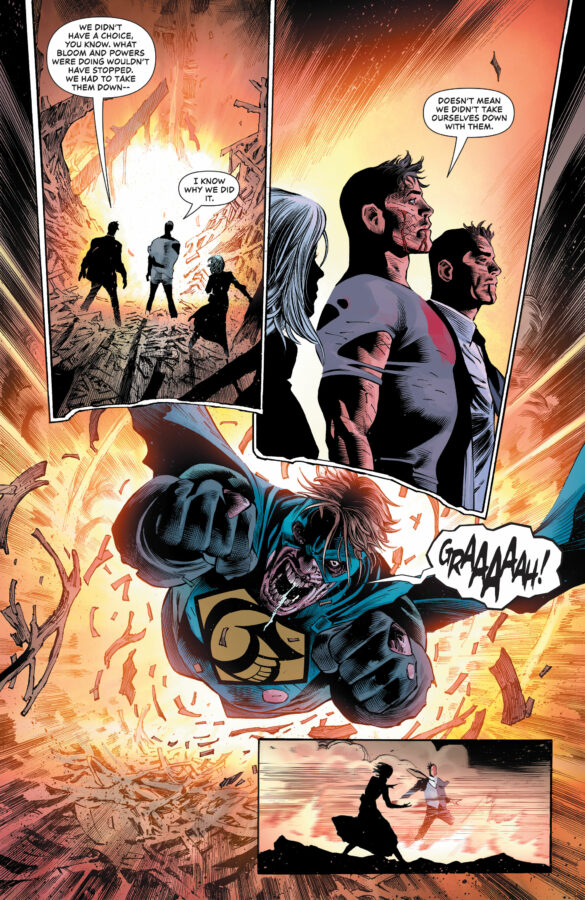 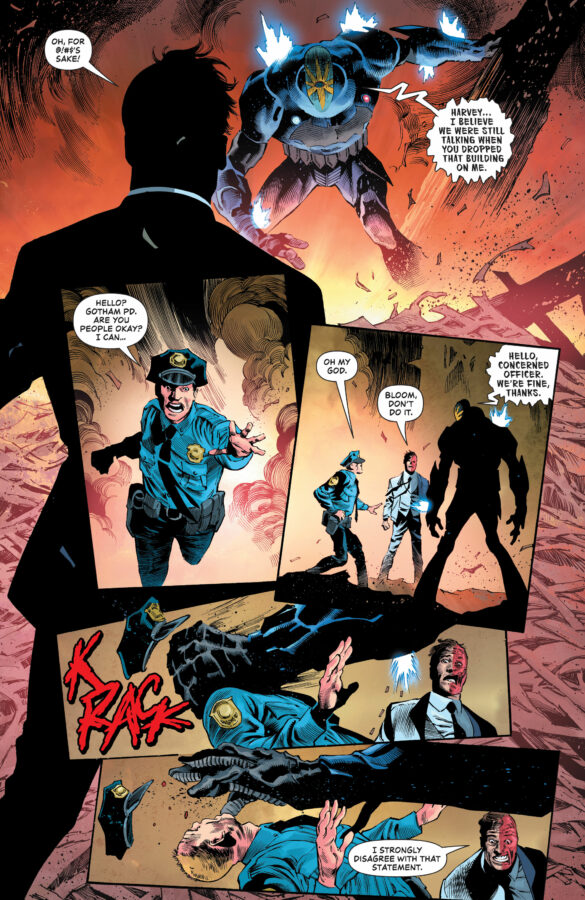 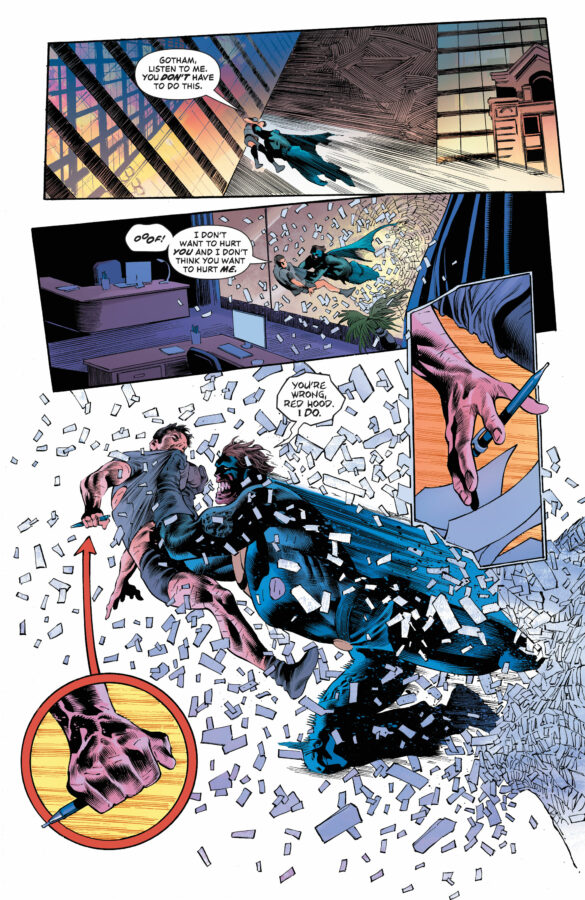 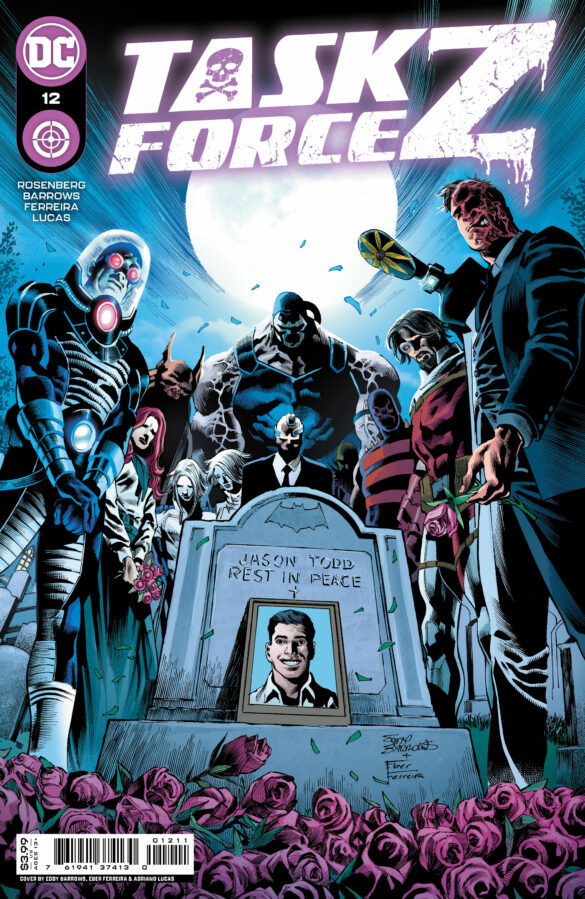 Obviously, without giving away any spoilers, this being the final issue of the series, we’re left with our characters going their separate ways… Each one is different from how they started. Some of these teases were awesome. Again, I won’t give anything away, but I’m really excited to see where one character, in particular, shows up next. Please, please, please let it be where I think!

Task Force Z #12 delivers a great conclusion to a great series. Grab this issue to complete the set, or buy it in a collected trade. This story was fun and brought me joy from the start! I know you’ll enjoy it too!