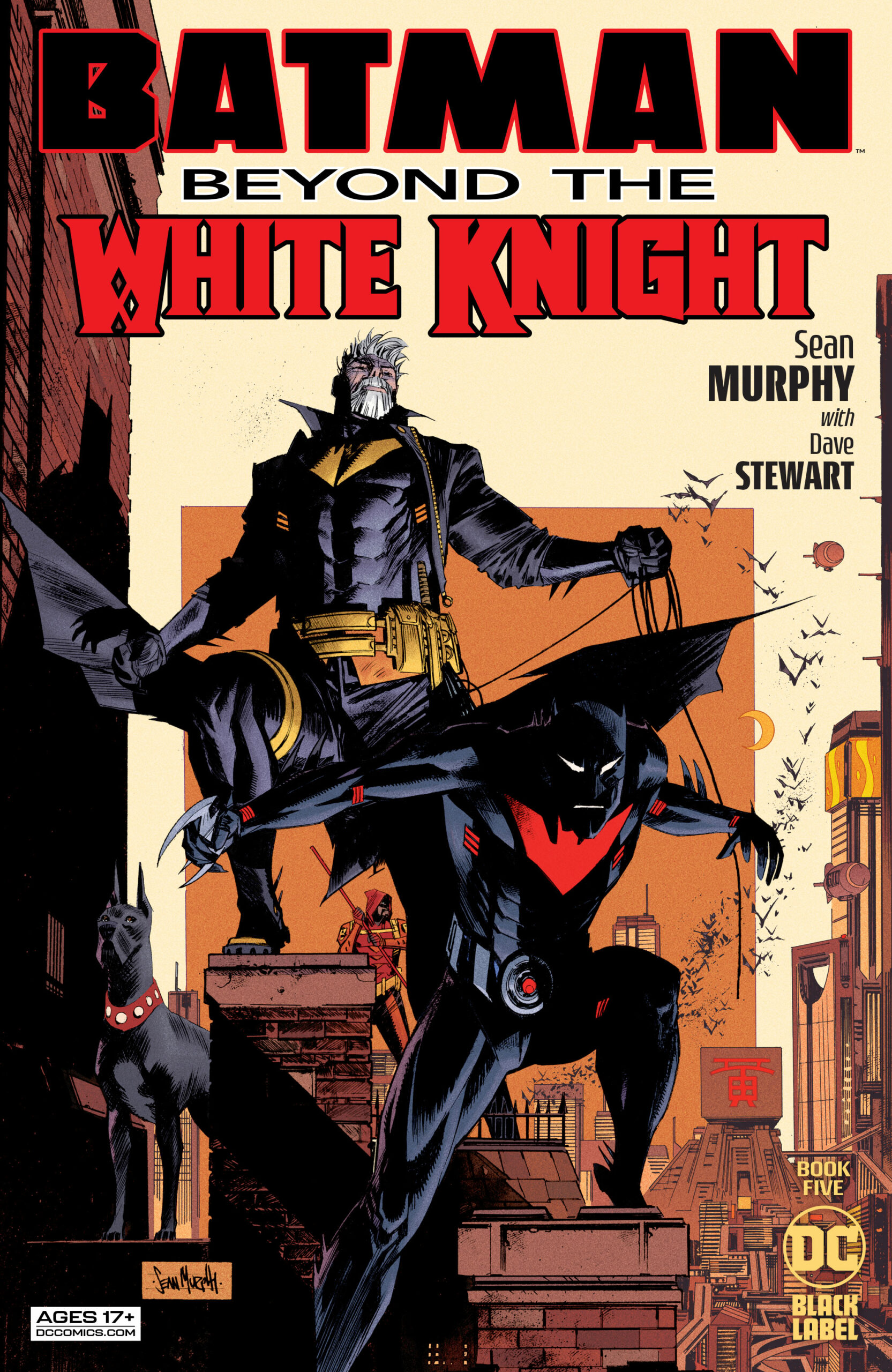 Batman: Beyond The White Knight #5 is all action, twists, and tension you could cut with a Batarang! Who will make it through this mind-bending issue? Who will be forever changed?

After a break in this story to give us the full Jason Todd arc; we’re finally back in Neo Gotham; following the adventures of Bruce “I’m Not Batman” Wayne and his invisible imaginary friend Jack “I’m Not The Joker” Napier. After a long break, like the one we’ve had, I feel that Sean Murphy knew he had to hit us with important plot points throughout this issue. So read it slowly and enjoy it, folks! This issue comes with an extra helping of “that sounds important” 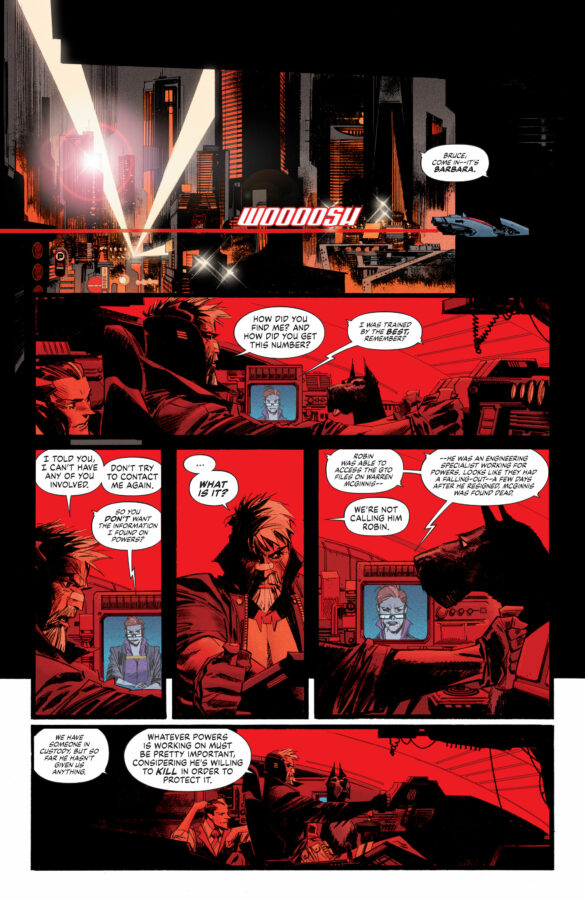 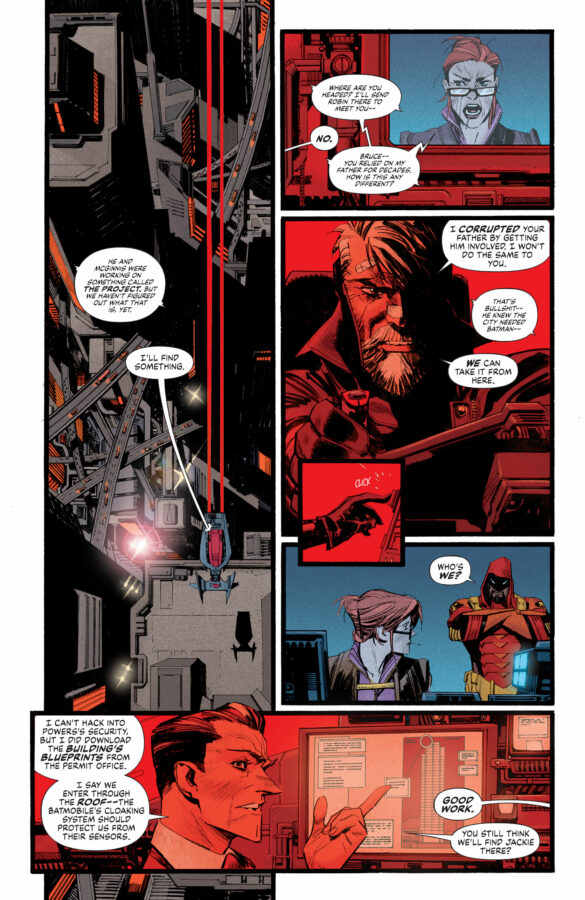 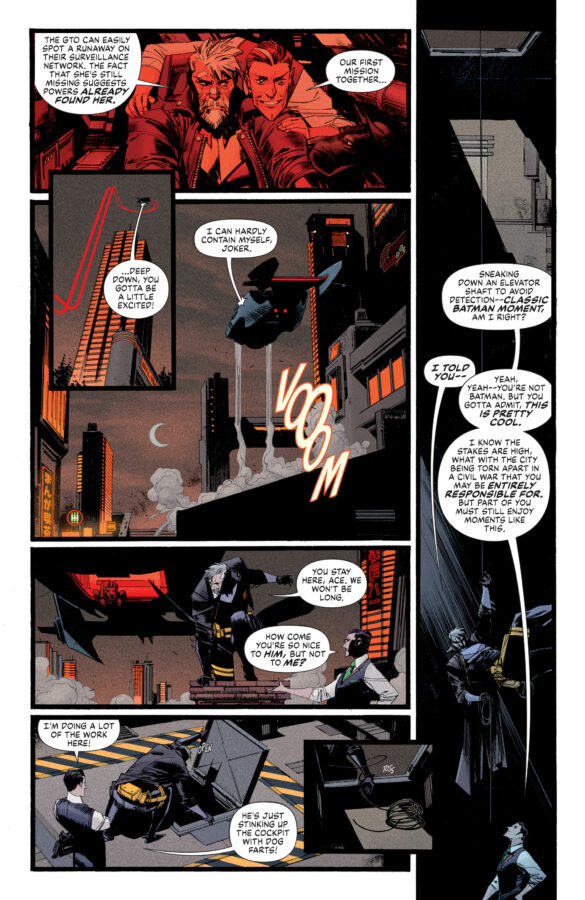 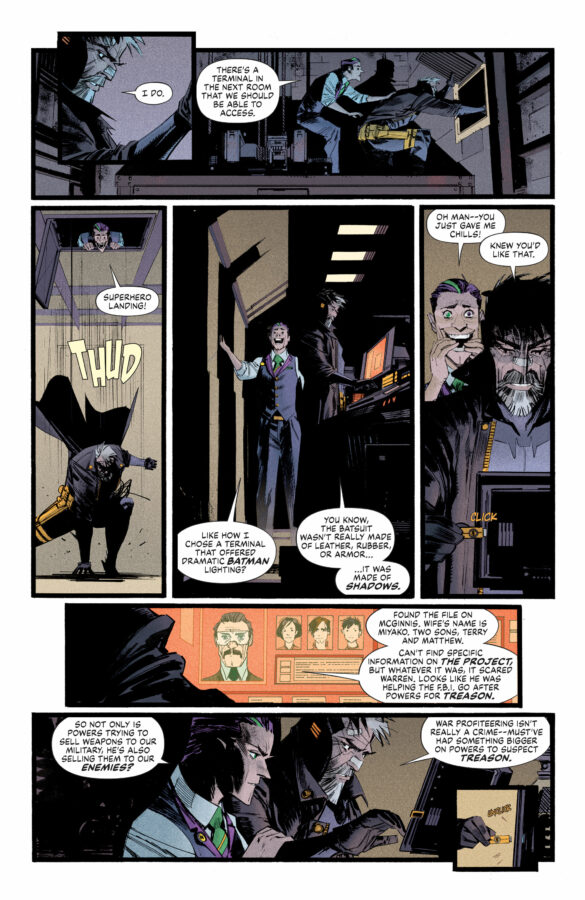 So, Bruce Wayne is now being helped by an older Barbra Gordon, a new Robin in the shape of Duke Thomas, and – last but not least-  an artificial Intelligence imprinted in his mind that was once Jack Napier. That’s ok though because… Bruce Works alone. I wonder where Nightwing is?! Oh, and Red Hood?!

Bruce and Jack continue their mission into the heart of Wayne Powers Tower, to get to the bottom of who stole the prototype Batsuit. What is Derek Powers up to? Who killed Warren McGinnis, and what happened to Jacky Napier (Jack and Harley’s daughter)? All in a day’s work for a sixty-something-year-old man and his imaginary friend. 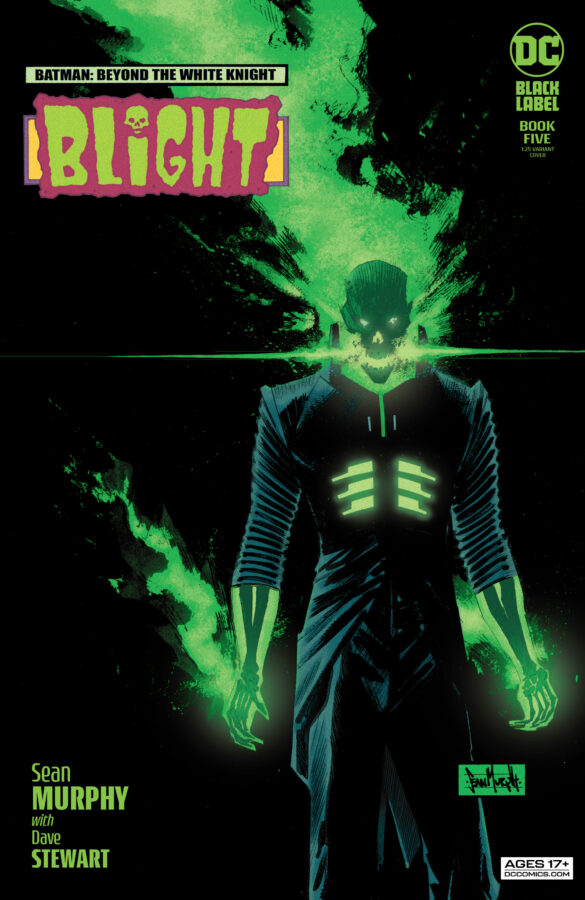 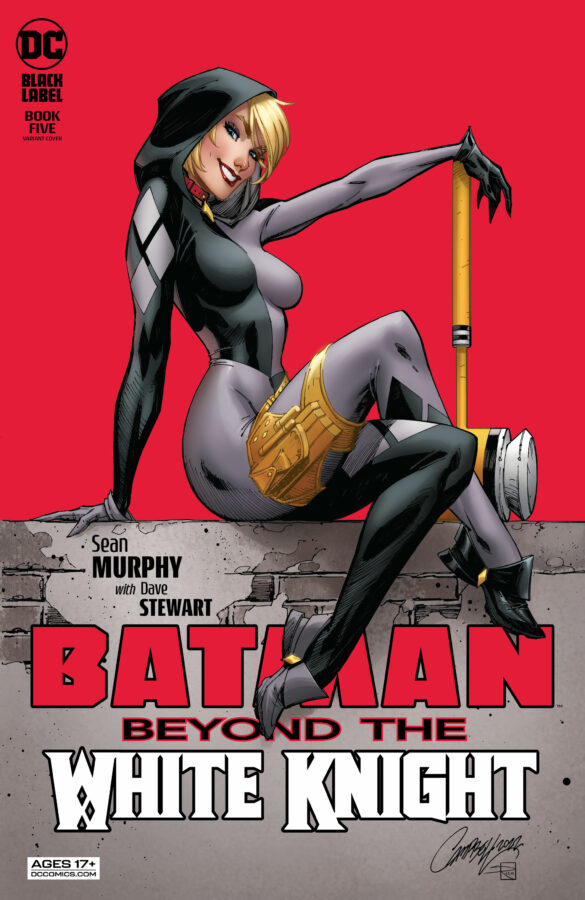 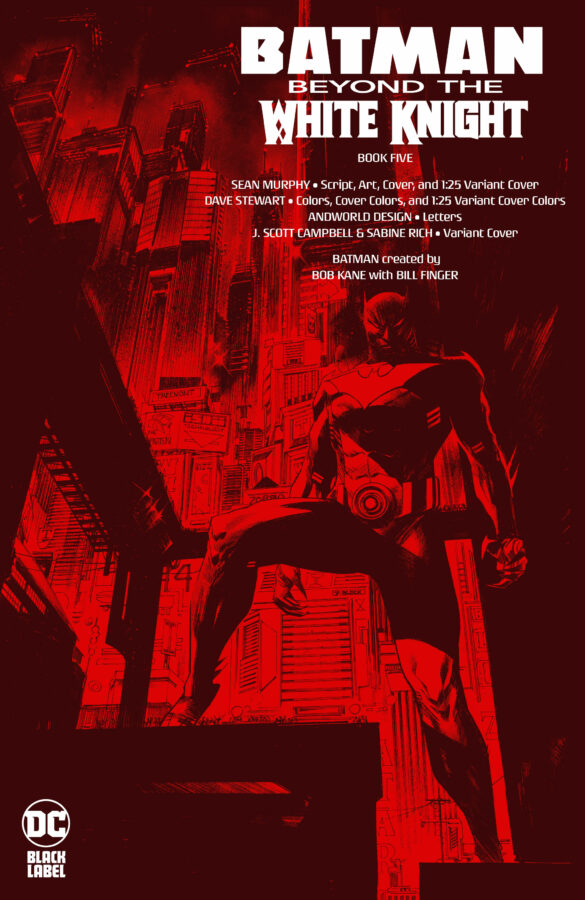 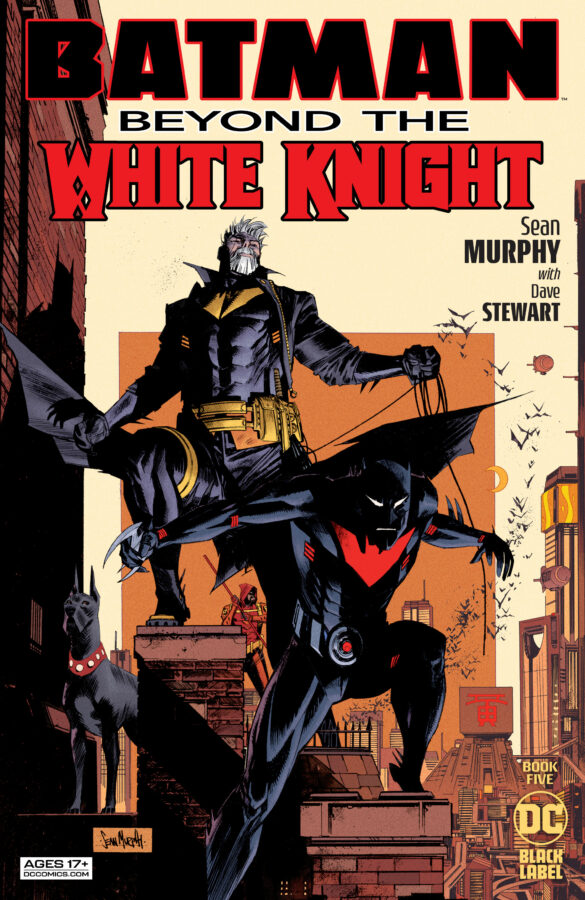 The really interesting part of this issue happens when Old man Bruce has a panic attack in a dangerous situation. This is when the writing, art, and story really hit a high point. Murphy’s art sometimes goes unappreciated, as he’s always been consistently great. This issue excels in a little bit of consistently awesome newness.

We also finally get to see Terry kicking some villain a$$, and we get a bit more of his backstory and family history (Which I really enjoyed).

As per my incredibly on-the-nose subheading, the final parts of this issue have it all. Truths are exposed, buildings burn, and we get a long… long.. Overdue romance, although one that’s still not what it should have been!!! Apologies for the dramatic punctuation, but this was so close to something that has been built up since White Knight was a thing! Alas, with the next issue we’ll be able to discuss it, sitting in our PJs, eating rocky road.

Batman: Beyond The White Knight #5 delivers the full package: Drama, action, tension, romance, twists, and burns! The events of this issue made me look off into the distance and ask myself, what will happen next? Trust me when I say you’re not going to want to miss this!