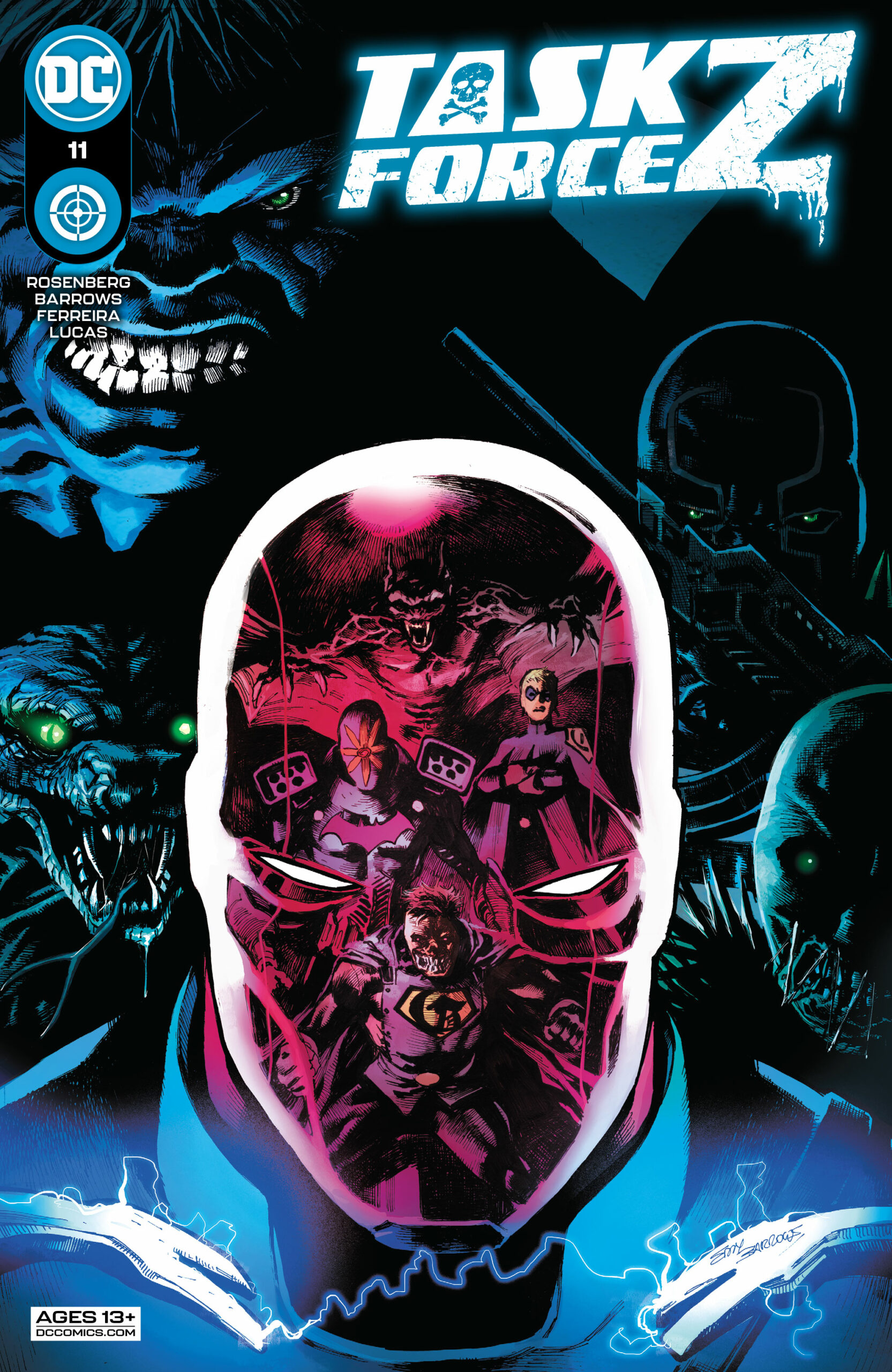 Well, at this point in the story everyone’s died, come back, lied, and then confessed. All this has led us to where we are at a climactic point and even the main characters don’t know what’s happening. Read Task Force Z #11 to see if you know what’s going on!

I Anticipated That Move

This entire story has been built on the fact that Mr. Bloom has somehow known everything that was going to, will, or might happen. You’ve got some of the deadliest undead mercenaries on the plant at play, yet this thin unsettling villain is still all the steps ahead. At this point, he’s like Road Runner, and everyone else is Wile E. Coyote. It doesn’t matter how many hair-brained schemes Jason and the team cook up, he’s there with a plan. 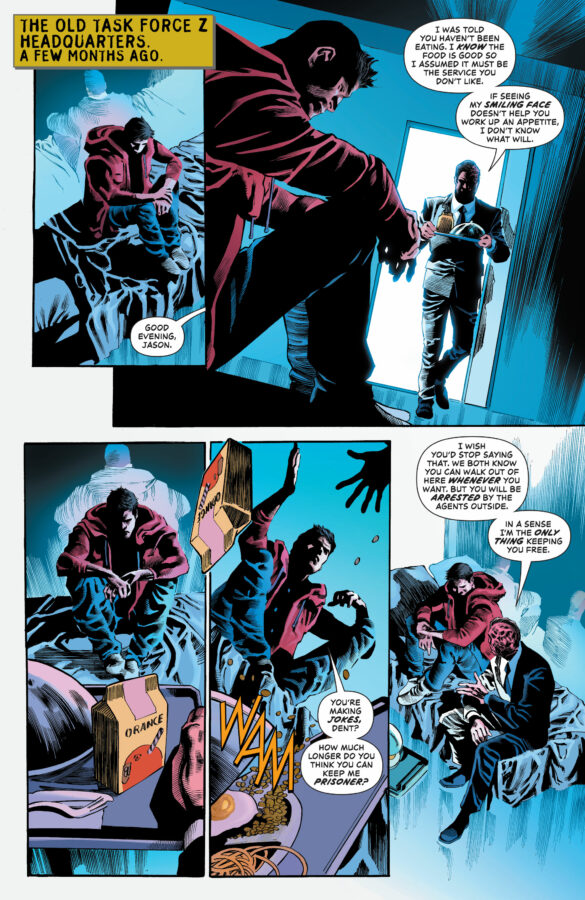 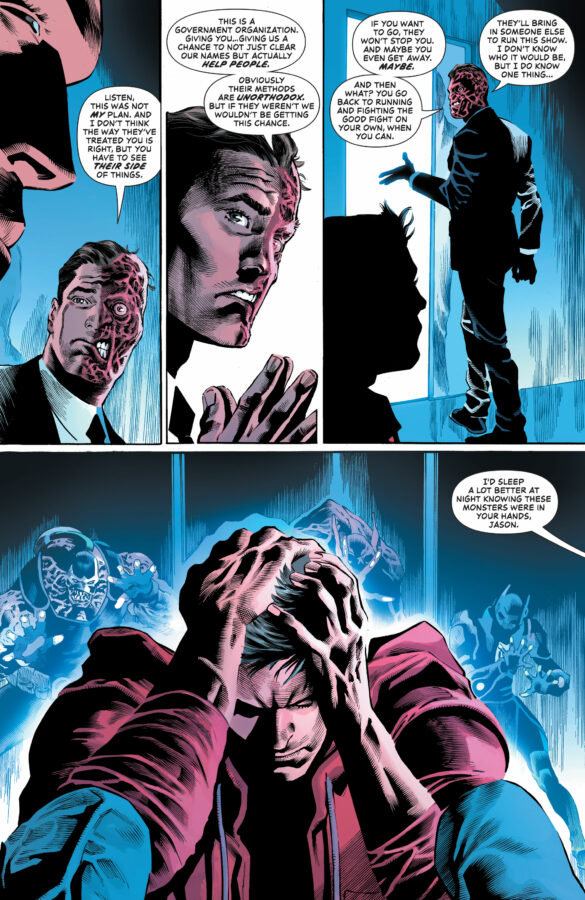 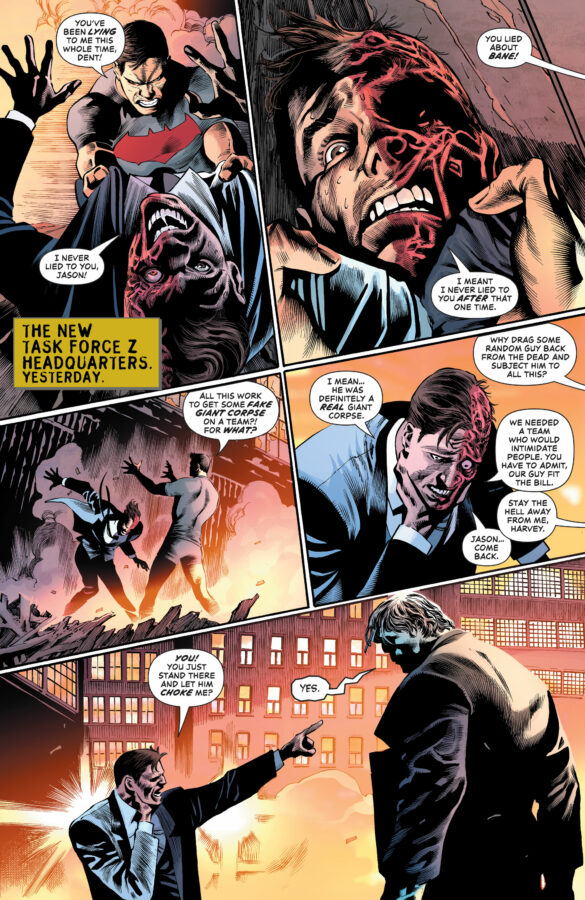 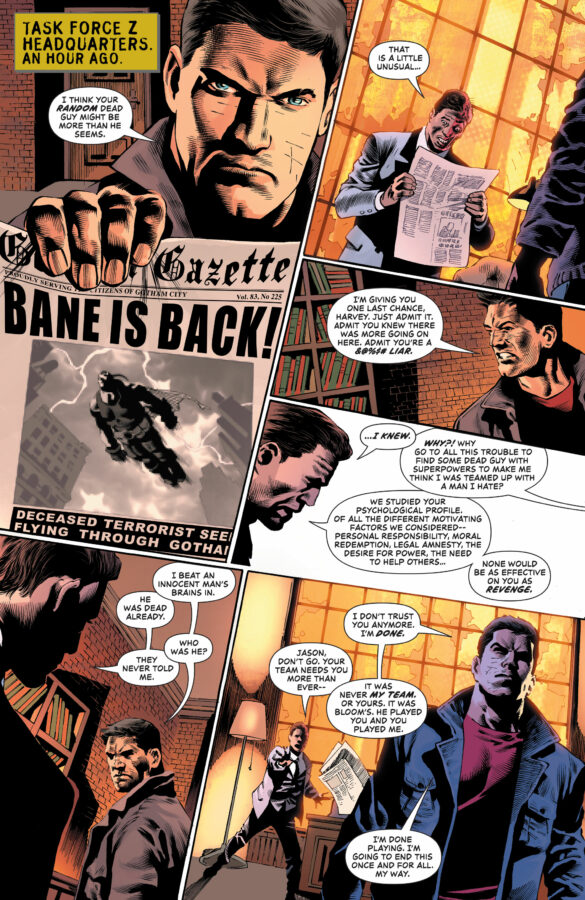 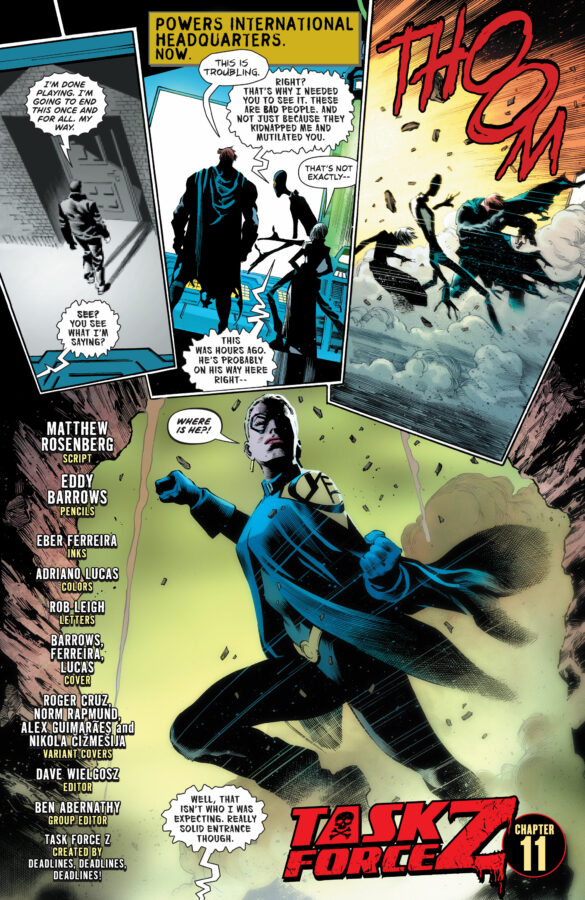 I love when books I review have an unplanned crossover. I was reviewing the final Detective Comics storyline by Mariko Tamaki, (but I don’t need to tell you that, you obviously read all my reviews… Right)? Well, for those of you who’d like a recap, there was a backup story starring Gotham Girl where we saw her current living arrangements, state of mind, and even a new costume. Well, that was all really helpful, now that her undead brother’s back and has been posing as Bane throughout this story! Small fictional world… am I right?

Hank Clover aka Gotham, is now back and under the control of Mr. Bloom, which is not good as he is an absolute top-tier powerhouse. Can Jason and the dregs of Task Force Z, as well as a Harvey Dent who just wants to help take him down? Of course not! They can’t really do much at the moment without dying or failing, but everyone loves an underdog and this story is definitely giving us those vibes. 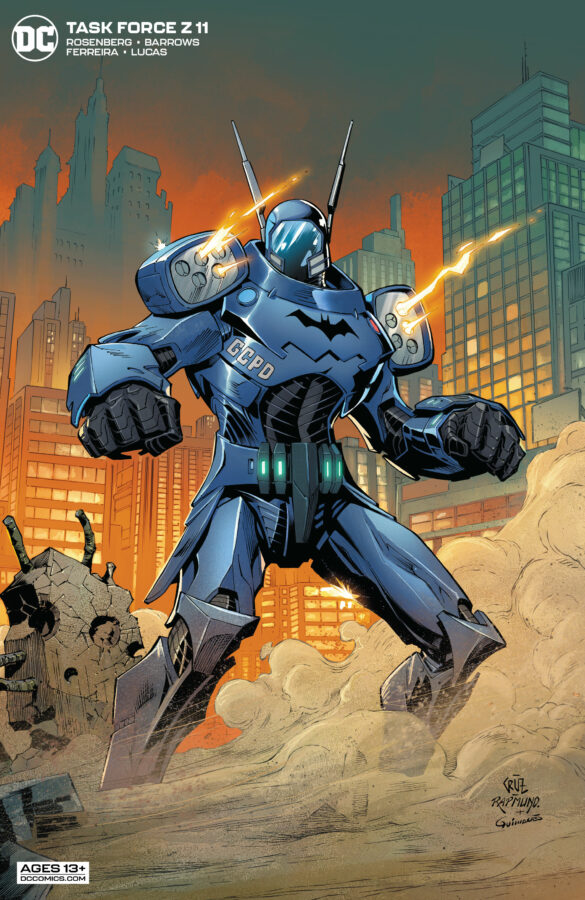 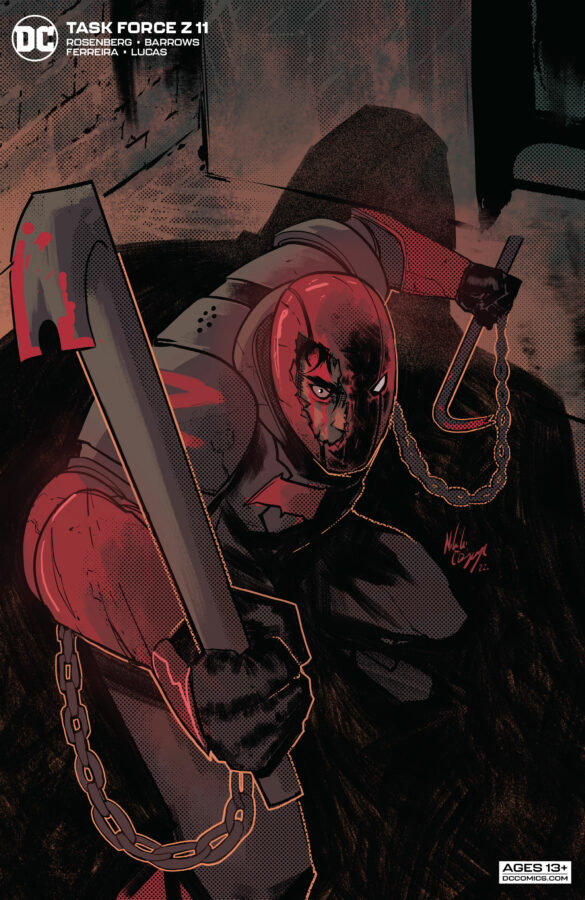 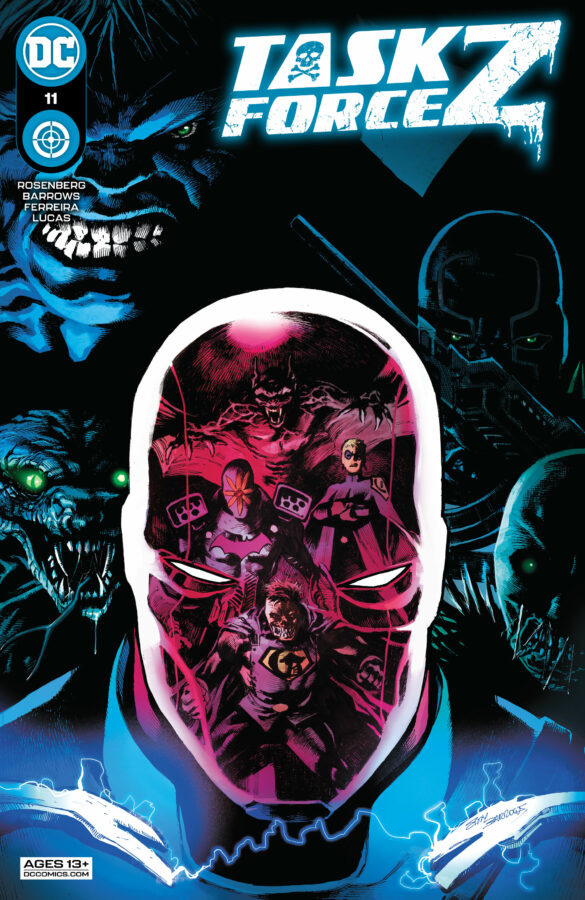 The writing and art in this series have been continuously great. Even if there are parts of the story when I have no idea what is going on, or how we got to where we are, I’m still enjoying it. It’s well written, drawn beautifully, with colors that pop (not an easy feat when it comes to rotting flesh) and the creative team behind this series has definitely surpassed all of my expectations. I can’t wait to see what happens next issue and wouldn’t be surprised if the corpse of Abe Lincoln joins the battle.

Task Force Z #11 is a wild ride, with surprises, more deaths, and even more deaths. I really am enjoying this story and recommend it to anyone who was a fan of Batman throughout The New 52 and DC Rebirth! Everything’s connected!

Review: Justice League Vs The Legion Of Super-Heroes #5