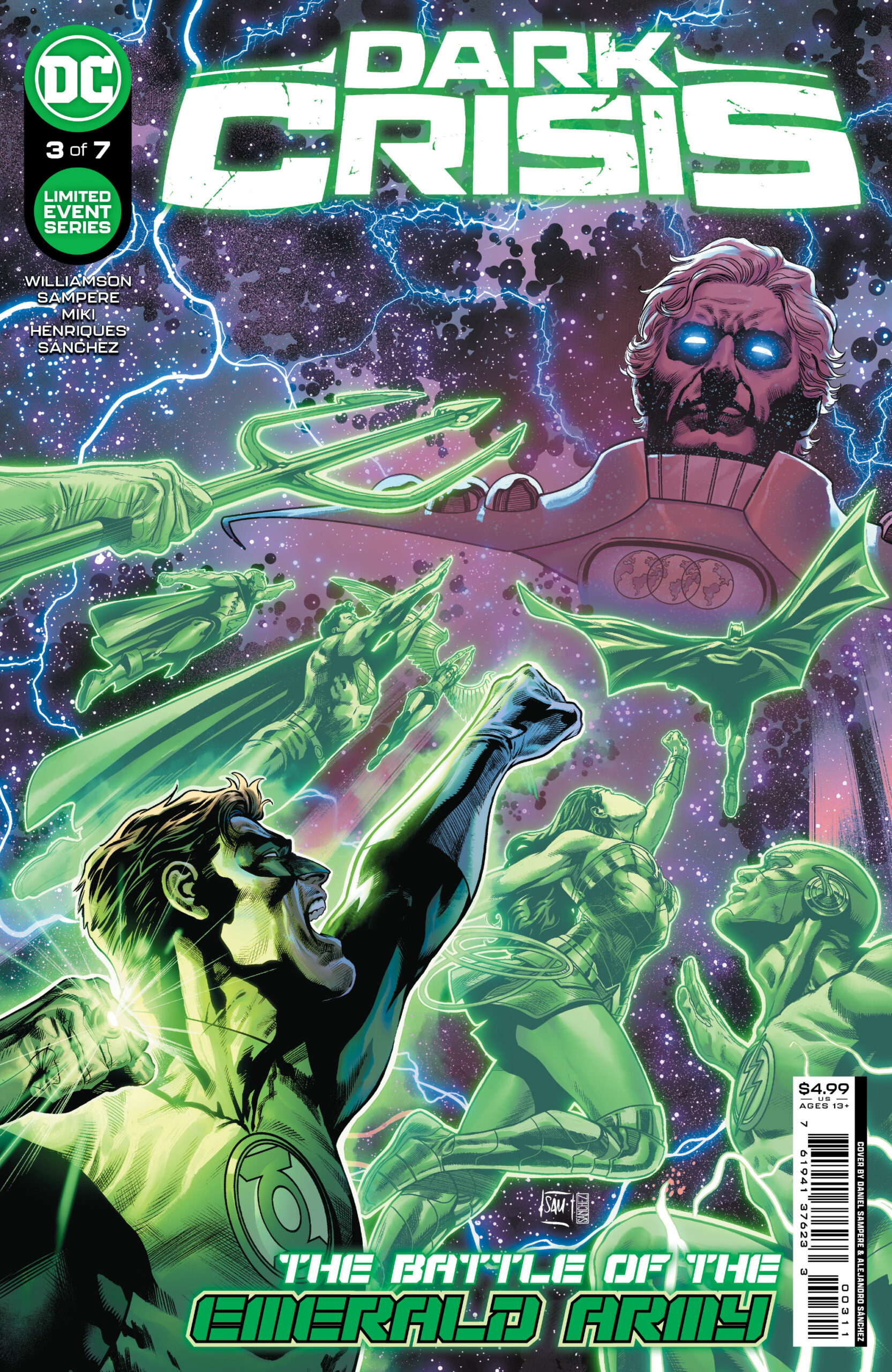 The DCU’s legacy heroes are in disarray, as Deathstroke prepares his next move in this week’s Dark Crisis #3.

In last month’s issue, Deathstroke and his army of villains launched an assault on Titans Tower, leaving many wounded, including Beast Boy. This month’s issue opens with the Titans licking their wounds, as they grieve beside Logan Garfield’s hospital bed; he’s still alive but in a coma. Meanwhile, Jon Kent’s trying to keep his newly formed Justice League from imploding; however, the group’s dynamics are complicated by Black Adam, who has once again revealed his homicidal tendencies. 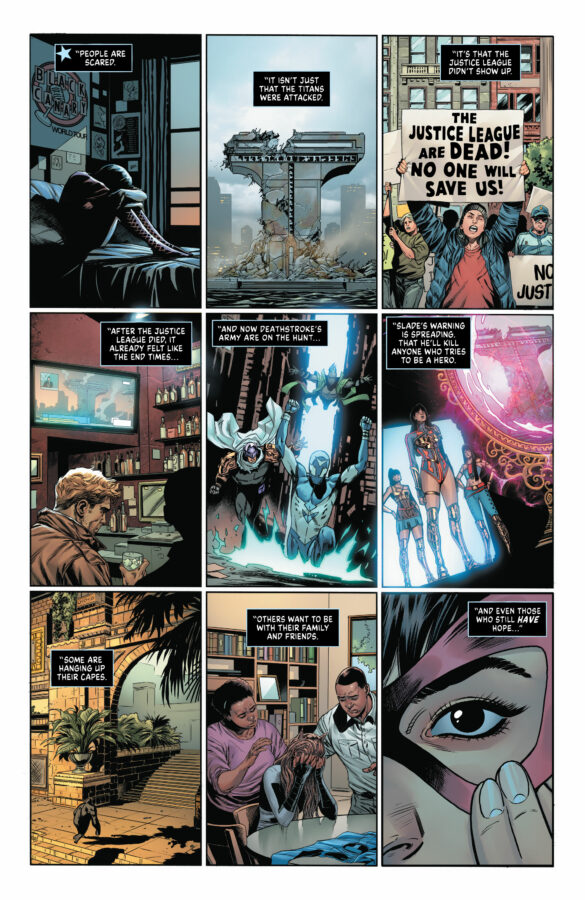 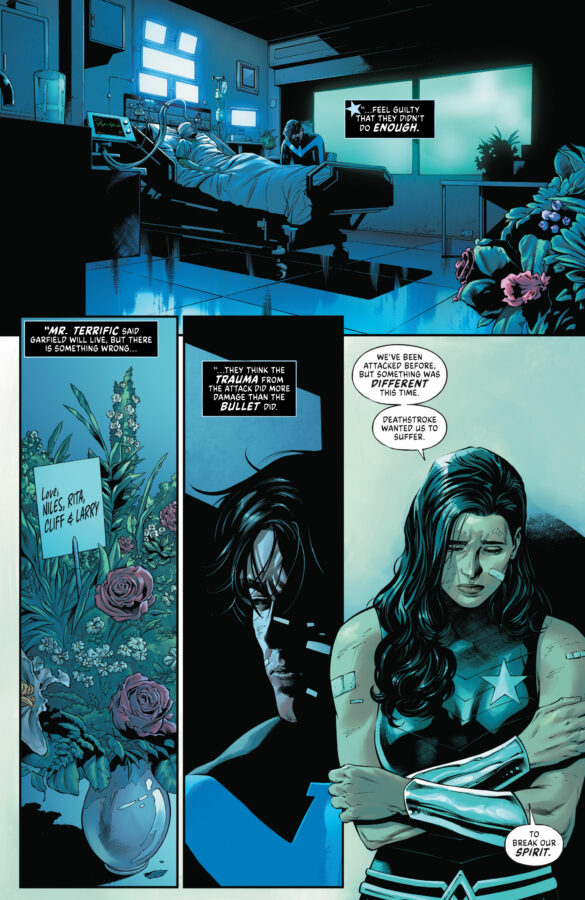 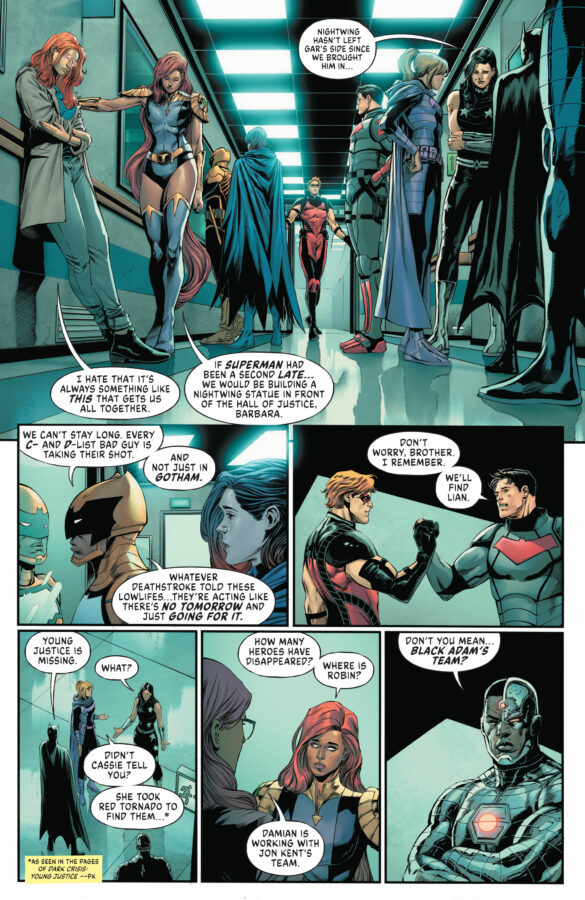 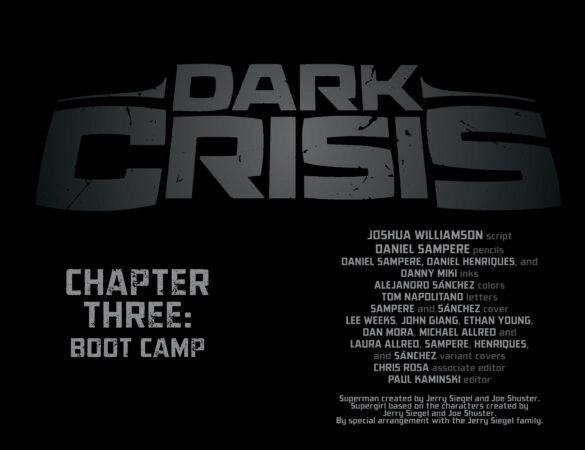 Dark Crisis has been billed as a 7 part limited series, so issue 3 marks what seems to be the end of part 1. Joshua Williamson revealed at SDCC that issue 4 is a pivotal chapter in his story and that the series will be renamed Dark Crisis on Infinite Earths. This somewhat explains my one complaint about the series so far: it’s been too grounded for a DC Crisis level event.

I suspect that Williamson is letting this fall apart on Earth-0 before widening the scope to a Multiversal level. Considering how DC has handled these types of stories in the past, it’s a somewhat strange tactic, but since this is like Crisis number 742 (I jest), so different is good. That being said, I feel that Williamson could have used a few more issues to explore some of these plotlines. We’ve got a lot of characters, but only a few have gotten enough screen time. Plus the pacing of this issue feels uneven, as it goes from character moments to an insane ending.

Daniel Sampere once again knocks it out of the part regarding the issue’s artwork. Last month’s installment was an action-packed slugfest, full of bombast and movement, whereas this month’s is more character-focused, so Sampere gets to show off a different set of skills. Since our heroes are in mourning, he uses close-ups to emphasize emotion. His faces, therefore, are incredibly detailed. One particular character that Sampere handles well is Black Adam, whose cold, calculating sneer is spot-on. this really helps make the Adam’s transition back into villainy seem more believable. Accordingly, Sampere once again shows that he’s capable of hanging with the “big dogs” and is quickly becoming one of DC’s premier artists. 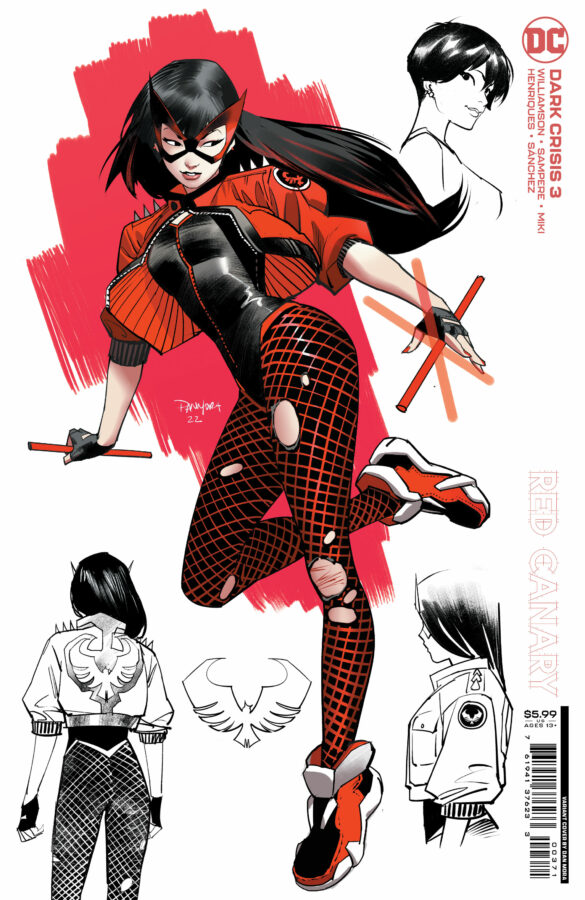 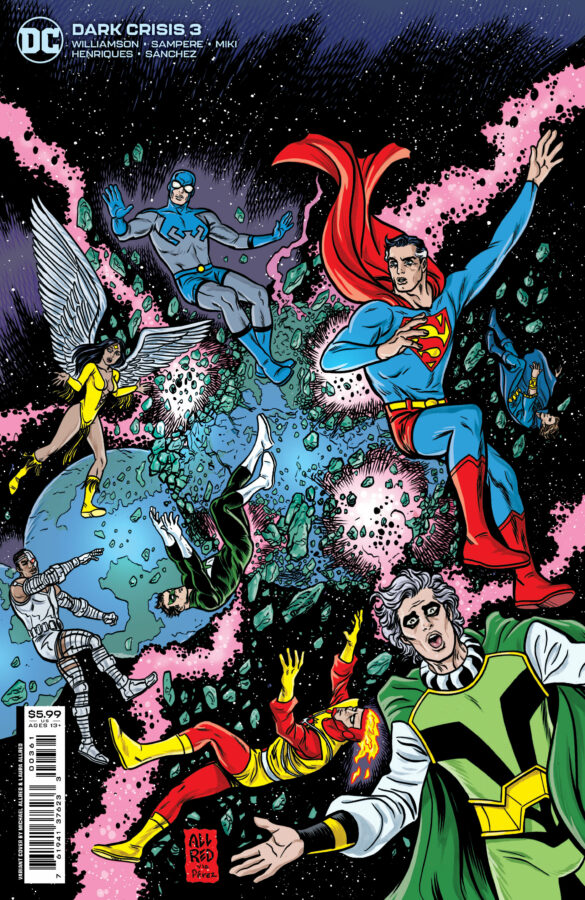 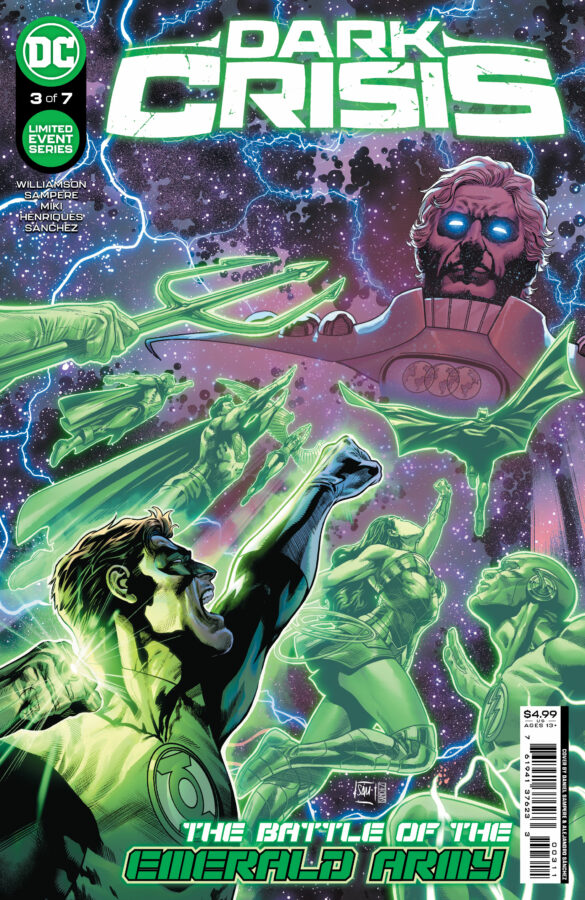 Dark Crisis #3 is a bit of a strange issue. Plotwise, it’s downbeat, but the story still feels like it’s moving at a breakneck pace. Part of this is down to the two cliffhangers (yes, two). Williamson’s ramping things up, as he sets the stage for what appears to be a direct sequel to Crisis on Infinite Earths. Meanwhile, Sampere continues to impress with his artistic range. I suspect his work will be in high demand in years to come.

Final Verdict: Despite its uneven plot, Dark Crisis #3 is an important issue. Don’t skip on it.