“Sword Of Azrael” – Book One 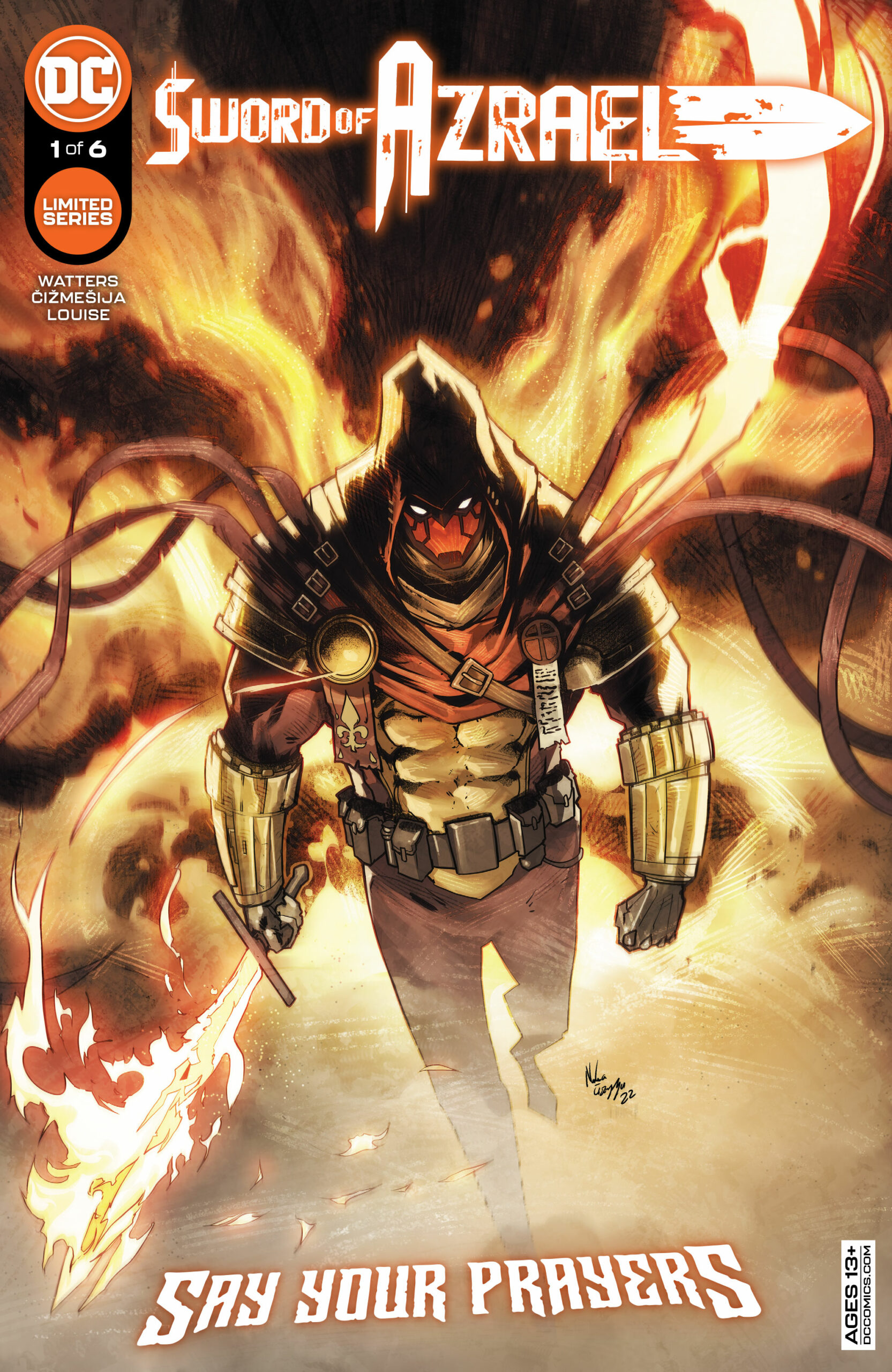 Sword Of Azrael #1 is the first in a new six-issue mini-series, starring former Batman, and self-proclaimed Angel of Vengeance, Jean-Paul Valley, AKA Azrael.

As first issues go, this one’s a keeper. Writer, Dan Watters (Lucifer, Arkham City: order Of The World, Sandman Universe: House Of Whispers), shows us where Jean-Paul’s been for the last few months and we discover where his return to the Christian faith (as seen in Sword Of Azrael: Dark Knight Of The Soul) began. 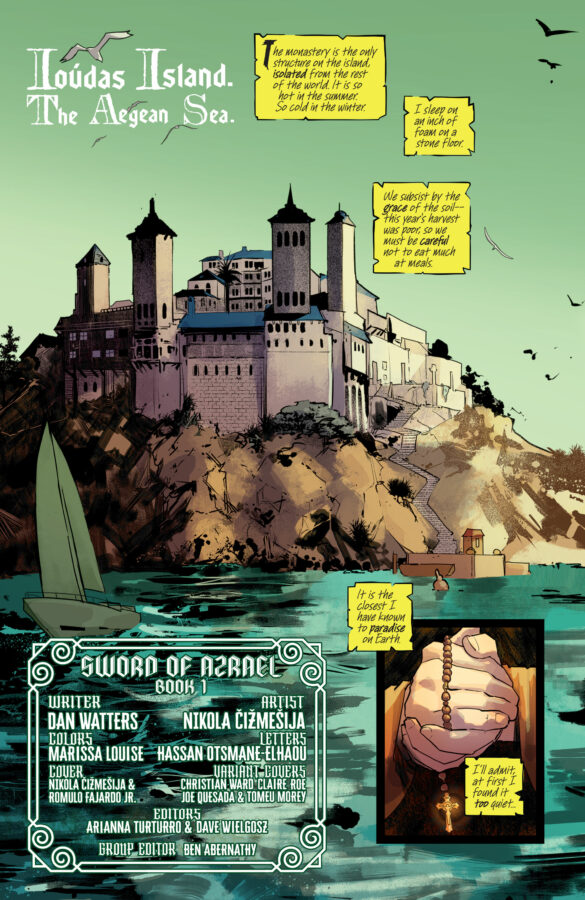 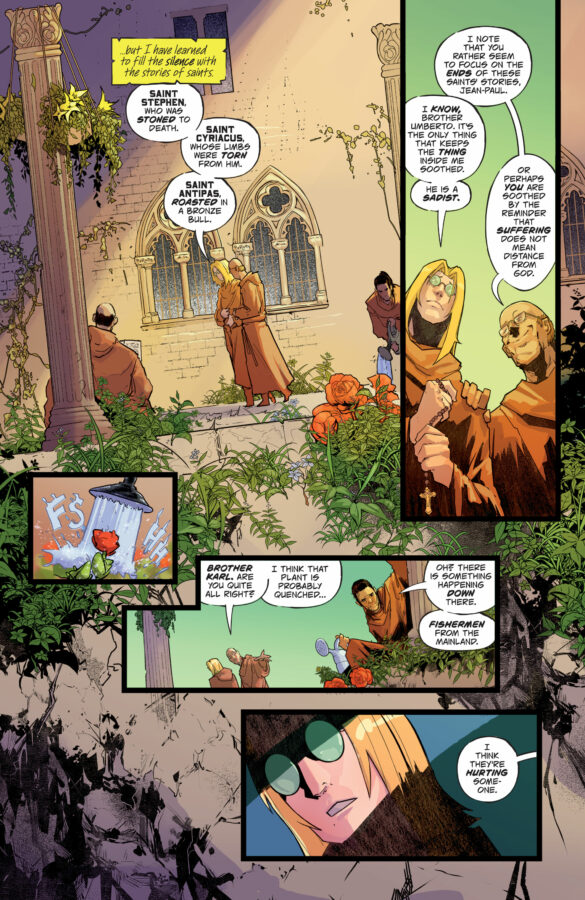 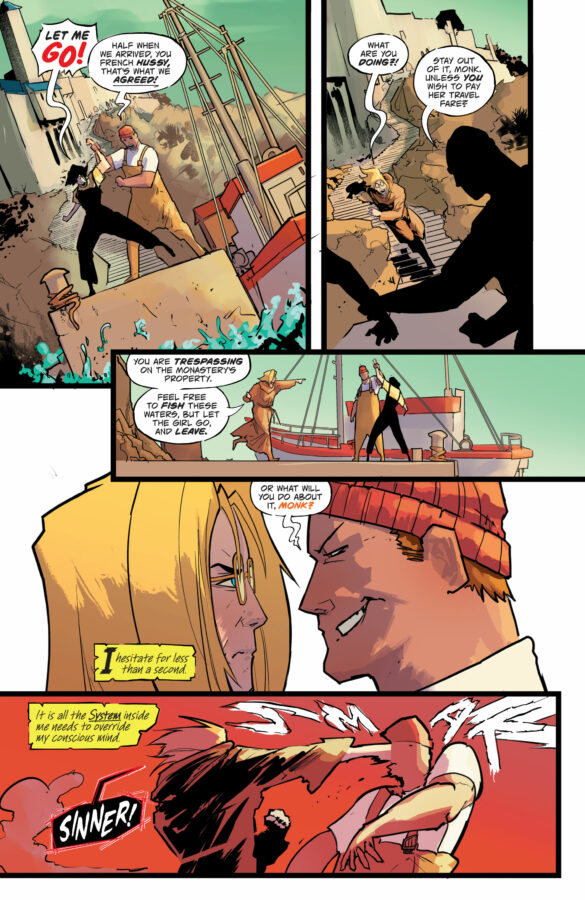 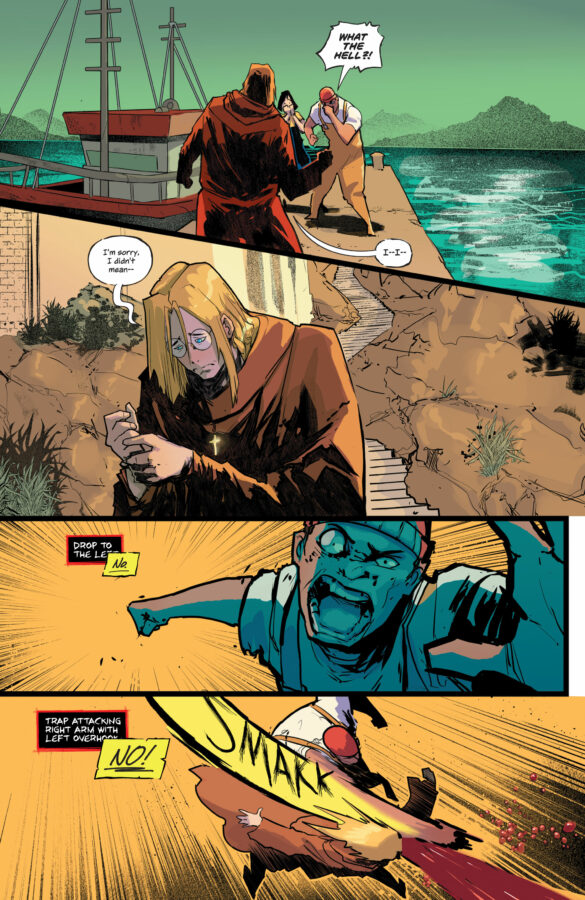 The issue is, as expected, action-packed, but there’s also some great humor here and seeds are sown for the rest of the series. Just as we saw in Dark Knight Of The Soul, artist Nikola Čižmešija has a really good grasp on the character, and his world. In this premiere issue alone we meet a brand new villain and see the return of a character it would be hard to classify, from the pages of James Tynion’s The Joker. This lady also has, by blood, a strong connection to Azrael’s past.

Marissa Louise’s unconventional color art is sublime, as it adds a hint of the surreal to the proceedings. It’s very welcome. Letterer, Hassan Otsmane-Elhaou has really impressed me too. Over the decades since his introduction, Jean-Paul’s conflict with “The system” the assassin programming encoded into his DNA by the Order of St. Dumas, has been a central part of his rise, fall, and redemption. Hassan’s lettering, in conjunction with the art by Nikola, and Marissa, shows his cracked psyche in a brand new way… and it really works. 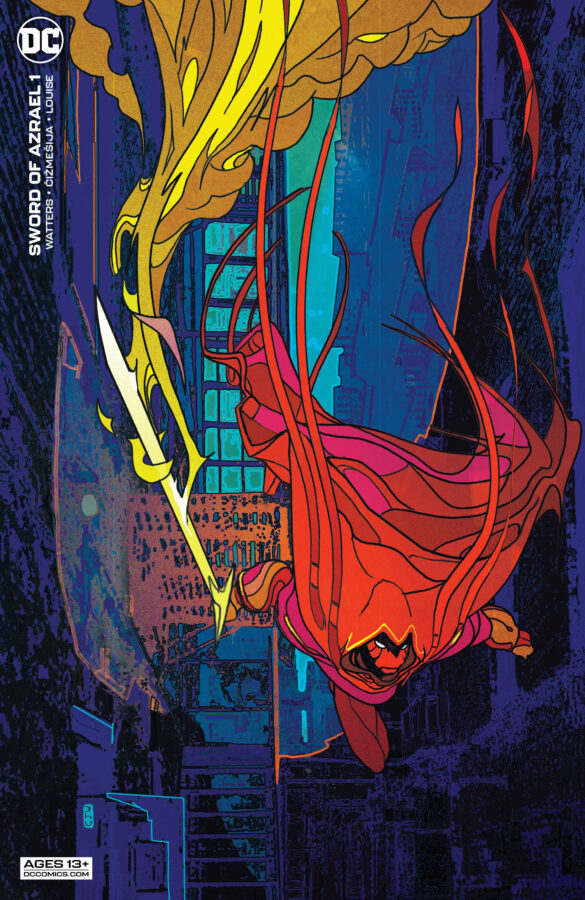 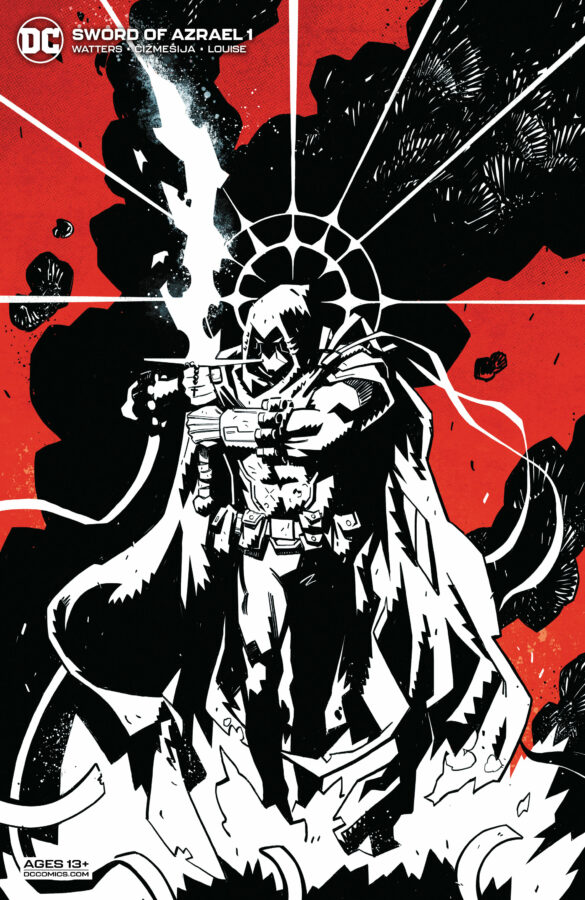 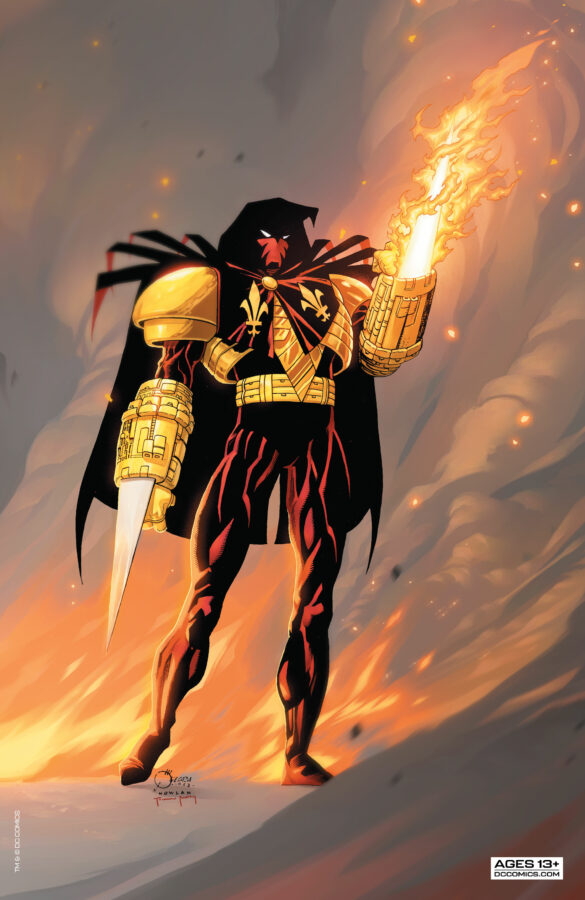 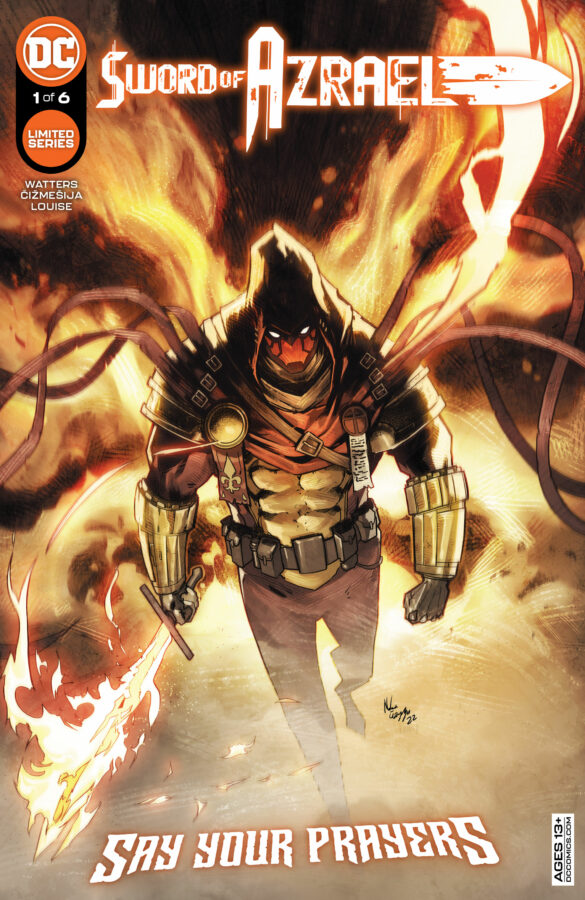 The only thing that’s a little confusing is that the events in Dark Knight Of The Soul seem to take place after this issue, yet it’s being released on the same day. Regardless, fans will be able to file it away how they please once this new mini-series ends.

I love the way that Sword Of Azrael #1 has simply, and intelligently, given new readers a brief and comprehensive overview of Jean-Paul’s life and history, while also reminding veteran fans why we love, or love to hate, the character. I’m extremely hopeful that this mini-series may bring brand new Azrael fans into the fold. I, for one, will definitely be purchasing these issues and adding them to my collection.