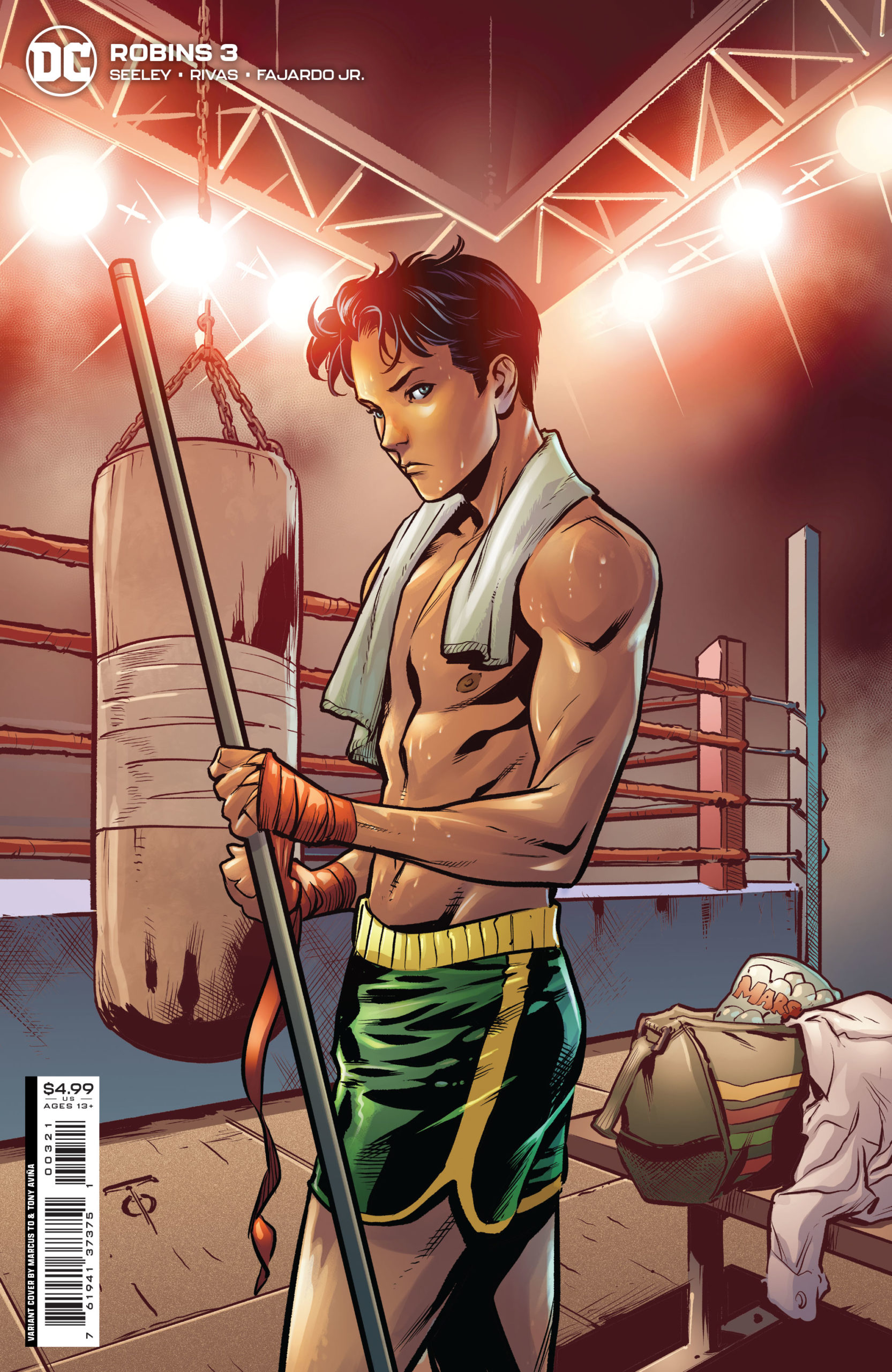 After an explosive end to the previous issue, the Junior Supercriminals have upped their game and given our heroes a good run for their money, in Robins #3! Tensions are coming to a boil, not only between The Dark Knight and his protegees; but between the Robins themselves!

Some things are said that can’t be taken back, no matter how hard you would like them to be.

The Bat and The Birds

Similarly to last time, this chapter recounts events by Nightwing to Batman; giving his mentor a rundown of the battle. There are a lot of things happening in the background of these issues, too. The true villain, Jenny Wren, has yet to be revealed to the Robins and she continues to pull strings behind the scenes. She seems to be the one behind the hacking of Batman’s systems, as well as the person who’s orchestrating the Anarchists’ attack and supplying the uber-fans with their tech.

Jenny’s going through a lot to prove her point, whatever that may be. Still claiming to be the first Robin, before Grayson was even considered; how true are her claims? I hope we find out soon!

I do think that Seeley is setting up whatever his vision is very nicely. He’s playing into the villain’s hands very well, creating rifts between the heroes as we, the reader, yell at the pages of Robins #3, trying to tell the heroes what we know.
Rivas and Fajardo have done a great job a1 bringing the different styles of each Robin to the pages of this comic, and this issue is no different. The design of new character Jenny Wren is a very interesting design, she has a blend of both Batman’s and The Joker’s protegees which I find to be incredibly fascinating and look forward to seeing her character develop more.