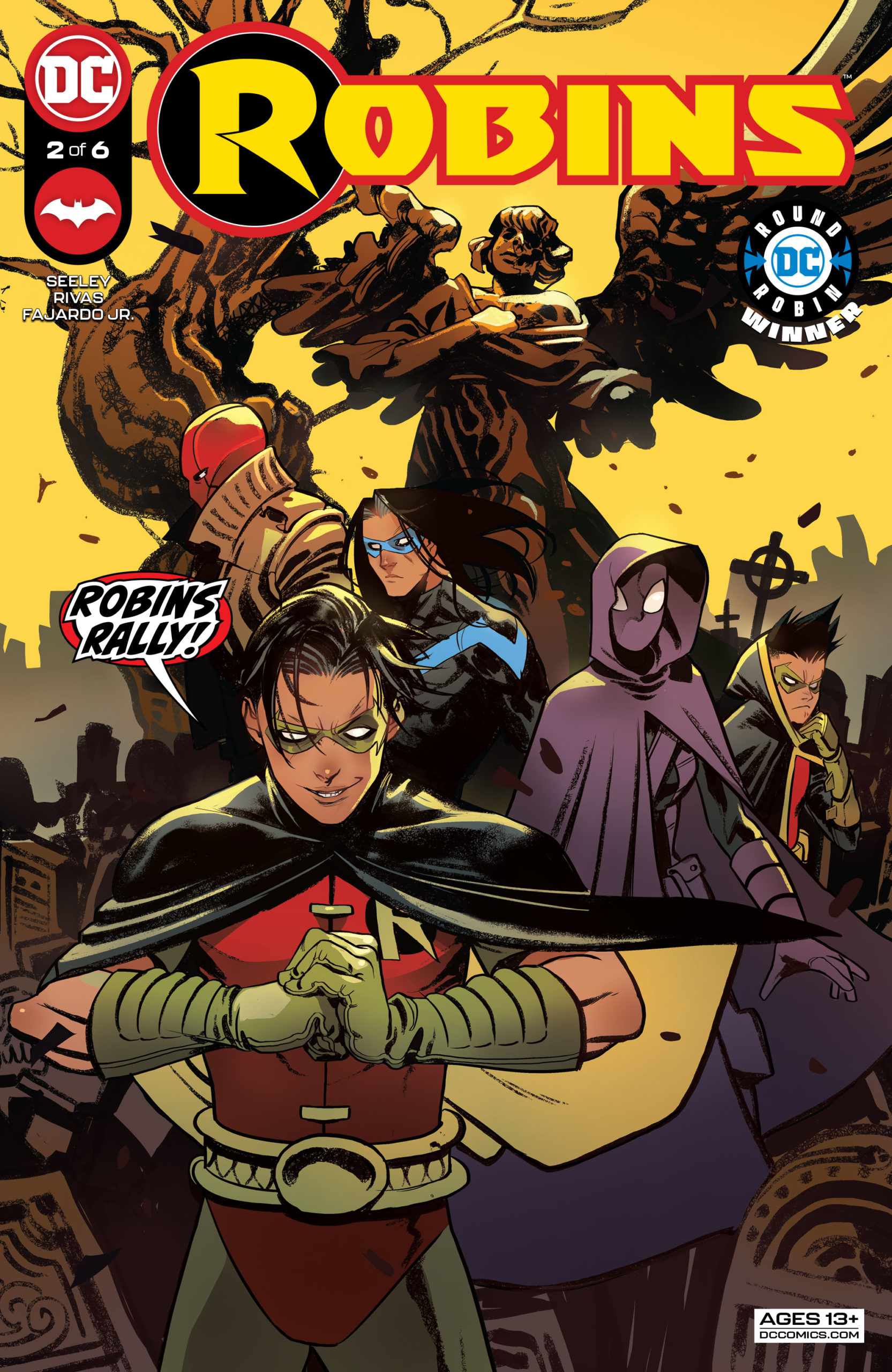 After a fairly underwhelming first issue, Robins #2 kicks everything up into high gear. This is really what a comic featuring all of those to have donned the “Best sidekick” moniker. Plenty of action, tons of juicy exposition, and story, plus… best of all, great character interactions.

As hinted at in the last issue, someone has been digging up the old Robin’s previous trials; the tests set by Batman to see if they had what it took to join his crusade against crime. We know how they all ended up. With complications at the end of the first issue, Dick was left to deal with the Blüdhaven Police Department as Batman was debriefed of the situation.

Stating that there was a security breach of the Batcomputer, Bruce makes the boys promise that they’ll leave this haunted past well enough alone. Satisfied with their answer he leaves to inspect the security breach. Once he leaves, however, the Robins immediately disobey him and do what they do best.

The best thing about this comic run so far is that we’ve been able to see the difference between the way that each ex-Robin approaches a situation. Not only that but their different upbringings and lives before becoming Robin really add an extra level to their dynamic.

Damian is the only one that doesn’t have a moment from his past appear. That could also be because he was traveling with one of his sidekick companions when he started out. Will it soon it will be his turn to leave the Robin outfit at home and branch out?

Robins #2 was a much better issue all around this month. The story was a lot more driven and compelling, I feel like Seeley’s really coming into his own with these characters and is putting his own spin on them. I liked the pacing of the story a lot better in this issue than in the previous one.

I also really liked the art style of this issue, as it was considerably better than the first. I feel like the creative team didn’t want to do too much with the well-known characters and gave them a lot of respect. This issue, however, they started taking things in a direction that I can tell they’re very passionate about.