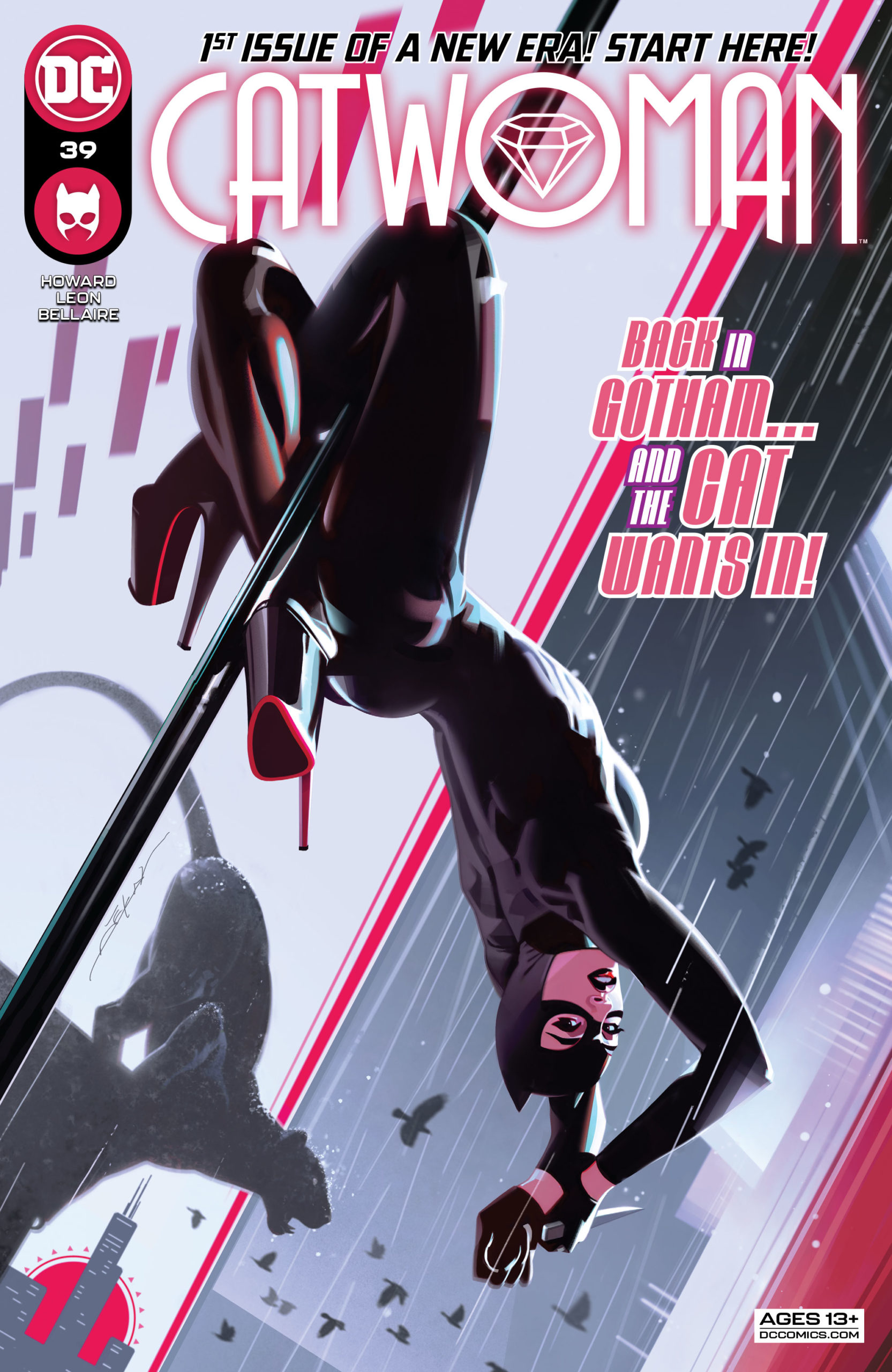 With Ram V’s storyline ending in issue #37, and last month’s chapter giving us the wrap-up we deserve, as well as giving us a fine Selina heist. Tini Howard gets her Catwoman writing debut with Catwoman #39, and the themes of feminism and fair representation hit hard right from the start of the issue.

It works to set the tone going forward as this feels almost like a new Catwoman; champion of fairness and equality, and it’s been handled masterfully so far.

We’re introduced to four of Gotham’s most insidious underbelly and are given all the reasons to hate them right from the drop. It’s good to see diversity in these side antagonists, and realistic reasons for readers and our champion, Catwoman, to hate them. The heist narrative’s all there but with a wonderful look at character-driven moments between Selina and the women in her life. At the same time, a beguiling but untrustworthy newcomer is trying and failing to be helpful.

Bellaire’s colors are so strong and essential in this story. The bright, vibrant pinks that open the issue are dropped so suddenly to mark the flashback in time, that it’s stark and sudden, and a clear visual way to show the differences in time. 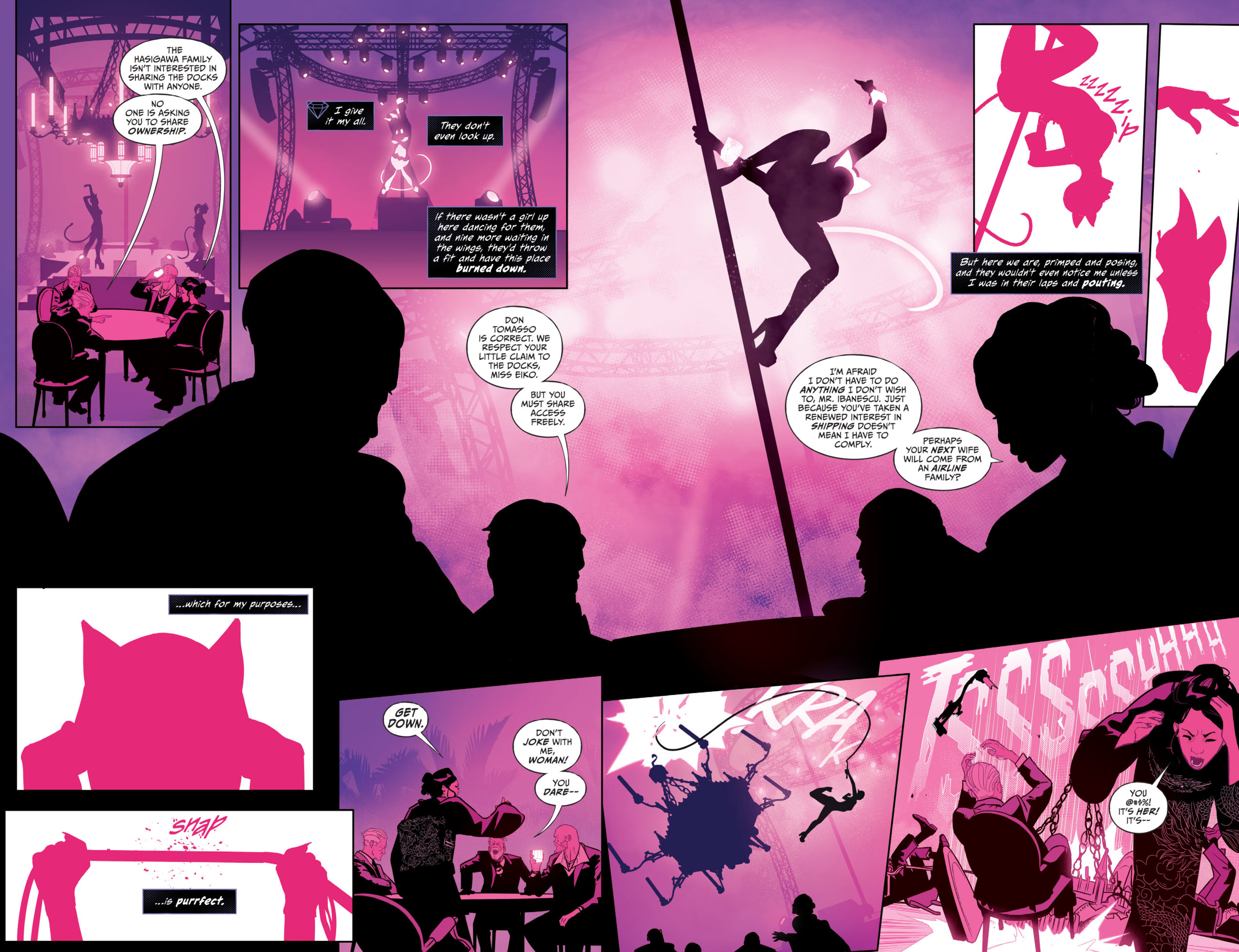 Catwoman #39 has truly started the new creative team’s run well. We get a clear theme, a new cast of antagonists, and a mission for our hero to work on. The powerful feminist message is something I expect will be built on, and with tension this clear between characters and visuals this striking throughout, this is the renaissance that the Catwoman may not have needed but thoroughly deserves. Eager to see more of this important new direction.