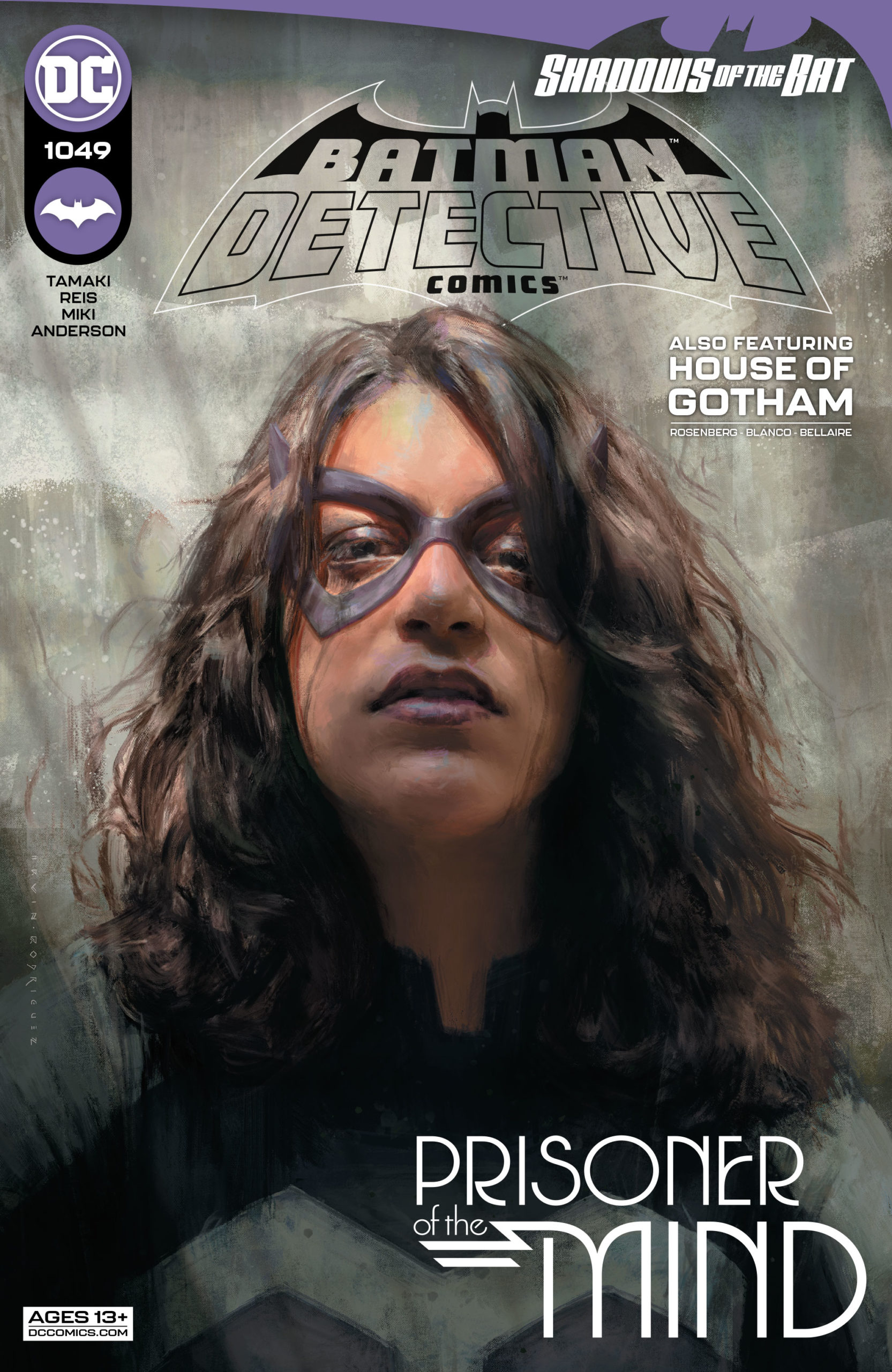 What’s happening at Arkham Tower? The mystery, the lies, the villains… So many questions. The only place to find answers is Detective Comics #1049!

We Need to Talk About Helena

Another week, another mysterious and wonderful issue. This time we once again see Batwoman going undercover to try and work out what’s going on at Arkham Tower. A selection of Gotham’s rogues have been subdued by some strange new medication and the Bat-family still has no idea who did it, or why.

Many details are revealed this week, involving what the Bat-family has discovered so far, and the actions they’ve taken. We even learn that a member of the family has gone undercover as an inmate in Arkham (I’m not saying who, but you should know from the last few issues), but comms have failed, or they’ve been compromised. This means that Batwoman now has to go in undercover as a doctor to try and get to the bottom of what’s happening.

I’m loving the art on this latest run; Ivan Reis is showing off a beautiful new Arkham tower that goes from smiles and rehab to shadows and lies at the turn of a page. The writing (now weekly) is really impressive. Mariko Tamaki has gone from a monthly title tied quite closely to the main Batman run; to having a weekly title that’s very self-contained. The mystery’s thrilling and I’m enjoying the slow burn and reveals of this story.

In this week’s backup strip we see that Doctor Jonathan Crane is now looking after the young boy whose parents were murdered by The Joker. With yet another famous Gotham villain shaping his mind, this poor boy has now had 3 rogues and a bunch of bullies manipulating his life. I read each issue hoping Bruce will step in, but he hasn’t yet. Batman… hurry! At first, I was curious as to where this story was going, so I looked into it a bit more and we’re in the first half of a 12 part arc that will focus on the overlooked houses of Gotham City: Arkham and Wayne Manor. Now that I know that, the story doesn’t feel so random. I’m pumped to see what happens next.

Detective Comics #1049 was a wonderful comic that I sped through. I’m loving the mystery and the slow reveal of what’s to come. The art’s fantastic and characters have had new life injected into them. Much like the sinister new medication being dished out at Arkham!

For more on this subject, join us here next week! Same Bat-site. Same Bat-reviewer.