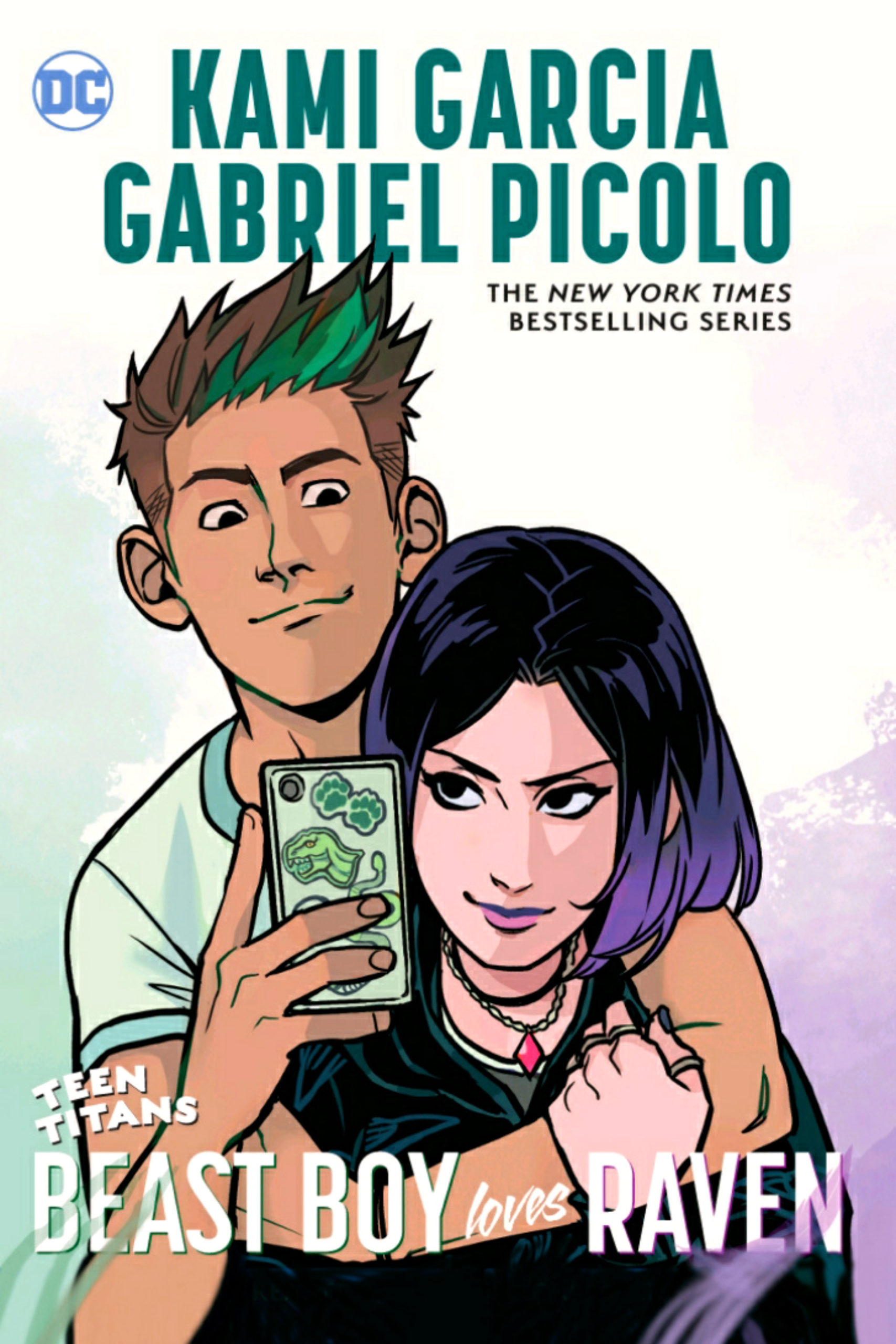 Turn it up, I’ve been waiting for this one! You can not comprehend how excited I was to be able to get early access to review Beast Boy Loves Raven.

Having followed this series from the start, seeing the original announcement for this was met with pure excitement.

Beast Boy’s Guide on How to Find Love

I knew even before I read Beast Boy Loves Raven that we were going to get something special. Having already seen both characters in their own books, I already knew that Kami Garcia was going to do this story justice. Just from the title alone, as a fan you couldn’t hope for much better. Garcia has pulled out all the stops in Beast Boy Loves Raven, as the entire plot’s amazing and holds true to the characters, not only as we know them but as Kami has previously written them. It was an interesting set up, getting them in the same place at the same time for them to meet, in fact, I would defiantly call it a “meet cute”. It could have been rather difficult to make it believable that both Raven and Beast Boy would be going to the same place, but Garcia makes it work seamlessly. Although Gar and Rachel are the main characters in the latest instalment, they have a colorful cast of secondary characters.

We once again see some people we met in previous dives into Raven and Beast Boy’s worlds, but there are also a few completely new characters that I am so hyped about! Kami Garcia continues not just Raven and Beast Boy’s character development, but also that of the secondary characters. All the interactions between them all had me squealing with joy! Although both are independent and strong characters, with walls up, there was a perfect amount of progression in Gar and Rachel’s relationship. Garcia has a talent for writing amazing plot lines with an over-arching story, while still tying many smaller plot-threads into the big picture.

Gabriel Picolo, what can I say about him that I haven’t already? When paired with Kami’s writing Gabriel’s artwork just adds another layer of emotion. You might be thinking that “comic realism” doesn’t make much sense, how does that work? Let me explain how this is exactly what this amazing artist gives us. Picolo has this amazing talent of being able to re-create a well known character and actually bring them into the 21st century.

When Gabriel gets his hands on a character they get a whole new look, one that would work well if the characters where to jump out of the comic page. Yet Picolo draws everything in his own unique style, one that’s been influenced by all the other comic artists before him plus his love for contemporary style. Therefore you get “comic realism”, something Gabriel Picolo can draw with his eyes closed and one hand tied behind his back… actually that might be a bit difficult, but you get the point.

Everything in Beast Boy Loves Raven is stunning. Having already worked on their own books, Rae and BB must come easily by now. I can’t imagine how much fun he had with the new comers to the scene. Every detail is worth looking at over, and over, and over again.

Rob Haynes and David Calderon clearly work well with Picolo. This is a dream team if ever I’ve seen one. The colors were amazing and the shading and shadow use when it comes to Raven was great. There are some great talents working on Beast Boy Loves Raven and I’m so happy they all managed to get together to give us this outstanding piece of work! 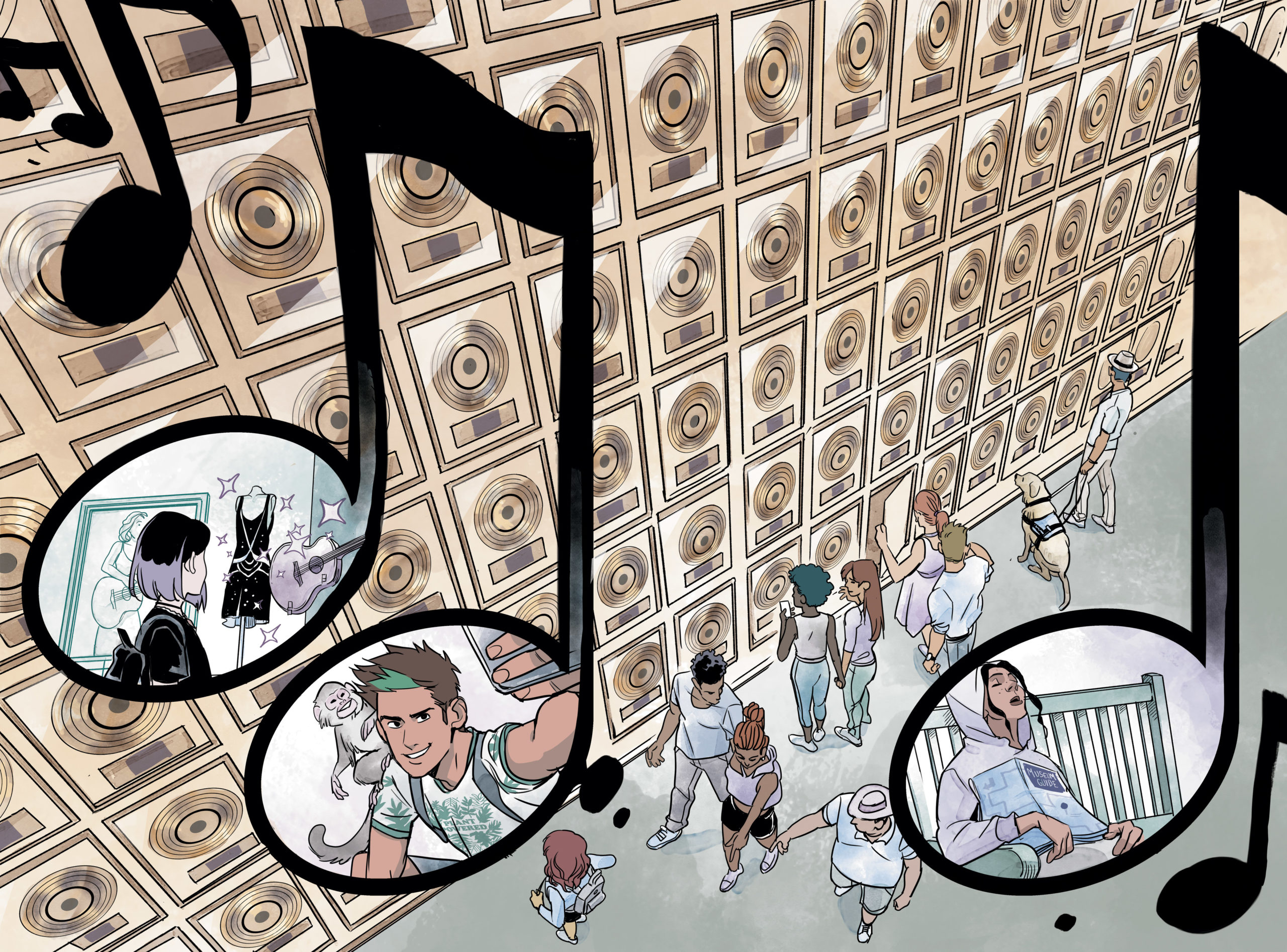 Raven and Beast Boy sitting in a tree… you can figure out the rest! I was so hyped about getting my hands on this book, and I can tell you now that it doesn’t disappoint. If you’ve been silly enough to miss any of this series, I highly suggest going to read them and coming back to this. Trust me, you will never regret it. EVER. I will yell about this from the rooftops ’til we receive something else from this team (maybe some Boy Wonders – not really a spoiler alert)! BB LOVES RAE! (I would actually give this 12 out of 10, but we don’t have a graphic for that!)