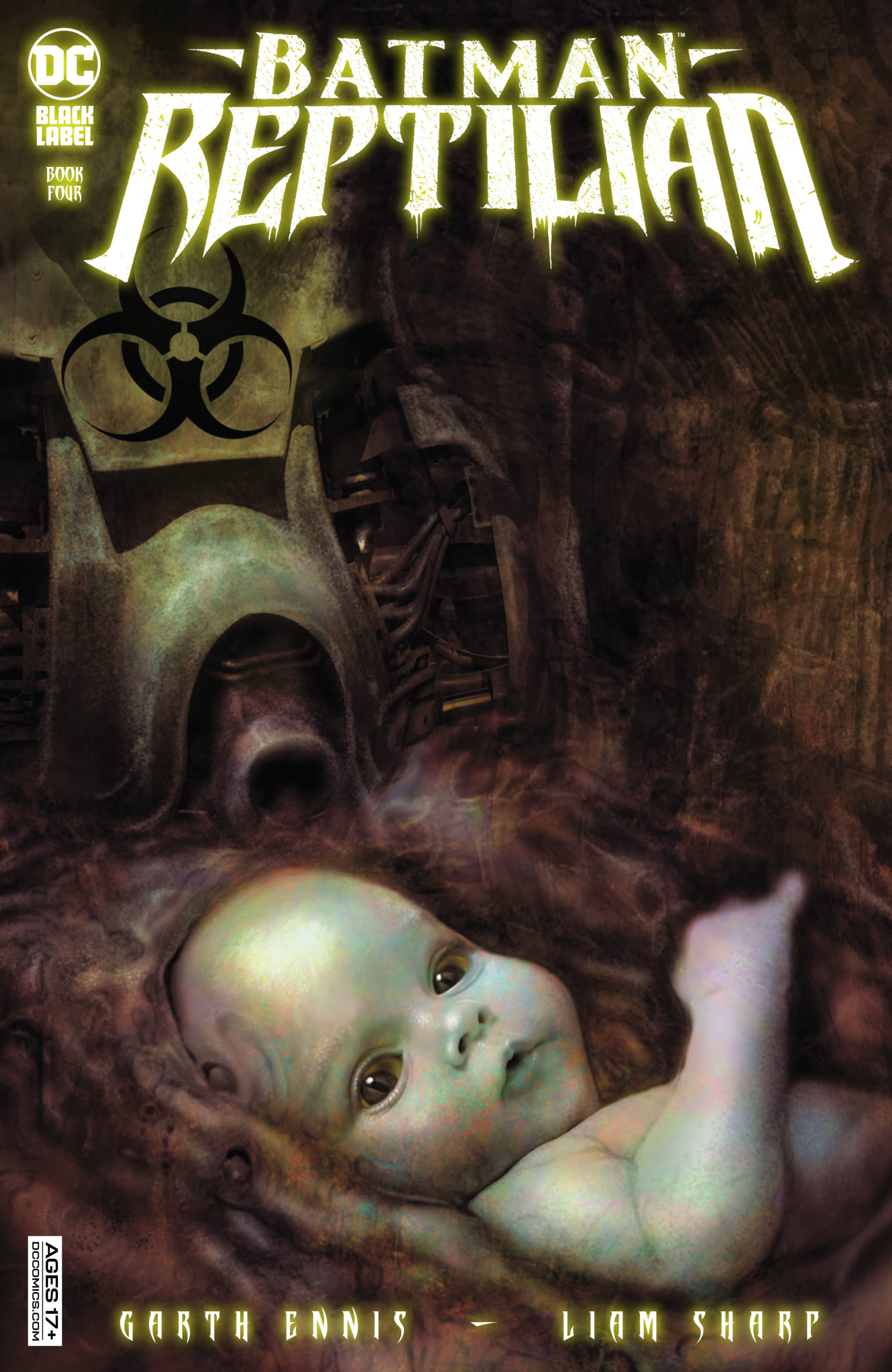 We’re on Batman: Reptilian #4 and over halfway through the short series now, but we’re getting closer and closer to finding out what’s scaring all of Gothams’ villains every issue. After everything that’s happened so far though, naming this issue “The Birds & The Bees” is a bit… different. It can only really mean one thing, but I don’t think it’s really the time or place for that.

In the last issue, Batman finally figured out how the creature’s getting to each of their victims without being seen. This leads to us finding him in the sewer, surrounded by grime, dirt, and many, many, many bones. There are also a few other discoveries, which I can’t really talk about, as we don’t reveal spoilers. Needless to say though, Killer Croc is found! Not that this fixes Batsy’s problem, it’s just that we’ve collected all of his rouges gallery now.

KC: This is a nightmare!

The usually terrified Konstantin Volkov makes a very brief appearance, which could be more of a setup for the next issue than anything else. He is, of course, terrified, but that’s no surprise to anyone by now. 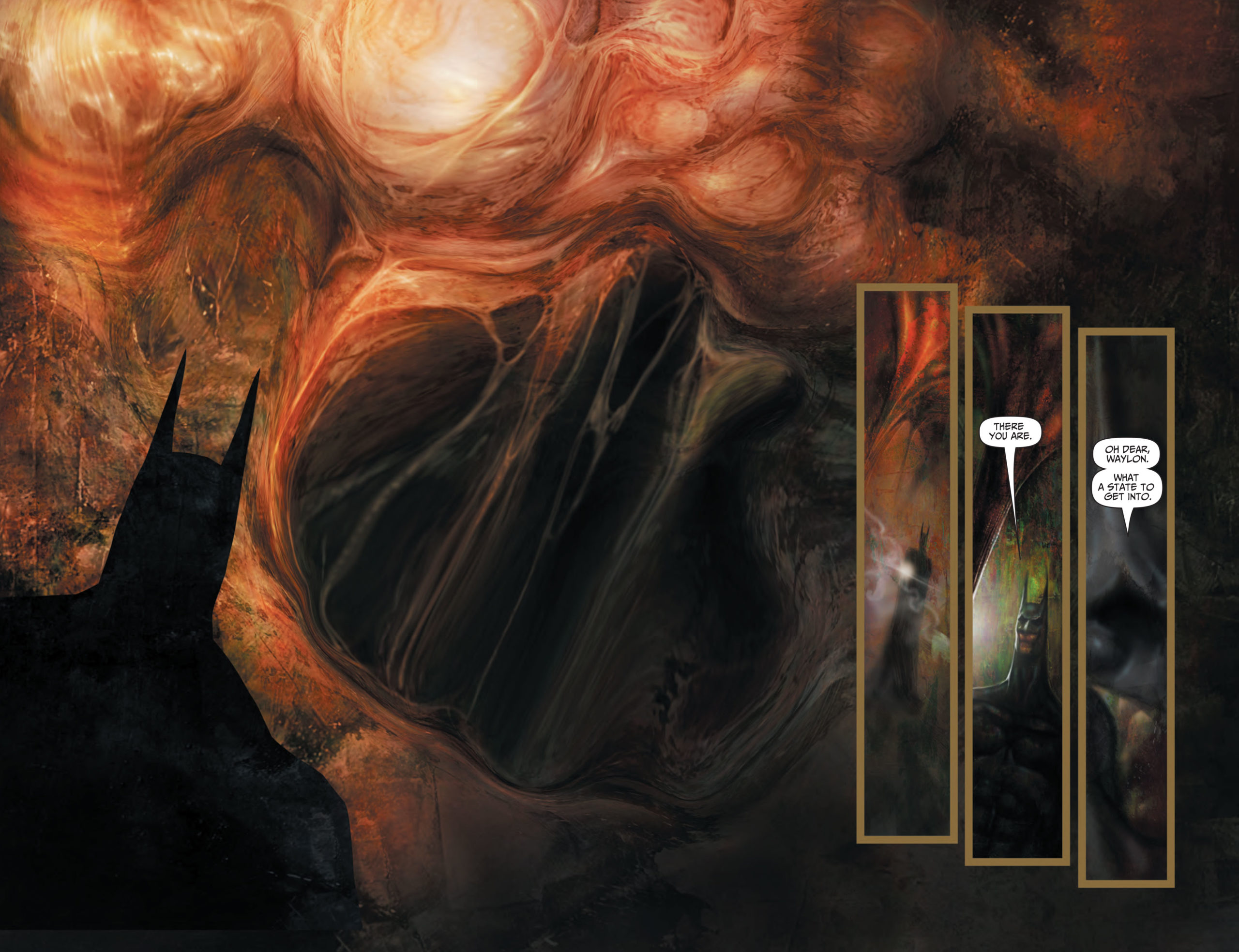 This is where you say hello to junior.

Batman casually talking about how skin sometimes needs to be cut off people when it loses its elasticity while slicing bits off Killer Croc is certainly something I feel like I could’ve lived without. It was enough to scare the giant lizard and he wasn’t even interrogating him. That’s not even really the grossest thing to happen… oh no! We finally get to see the thing that’s hunting down Gothams’ finest! Think lizard-spider. That’s my best description of… her? I feel like it’s a she.

The cover for Batman: Reptilian #4 is of a baby that looks like it’s about to drown in chemical sludge. At first, it makes no sense whatsoever and is very strange, especially compared to everything else in this series so far. After a long talk, everything starts to click into place, even the odd title of the issue.

Although this chapter has two pinnacle moments in it, it is a lot slower than the last couple were. The Dark Knight mostly has all the answers now, it’s just about figuring out how right he is about his theories. However, with how this chapter ended, the fighting could pick up tenfold in the next one. From the ‘next issue’ pages, however, it also looks like they’ll be a little high, so who knows at this point. We’ll get to see more of the monster, and all of that will of course go as well as anything else does for the Caped Crusader.

Read the other reviews of Batman: Reptilian here, and join me again next month for issue #5!

First Look at New Catwoman Costume for ‘The Batman’