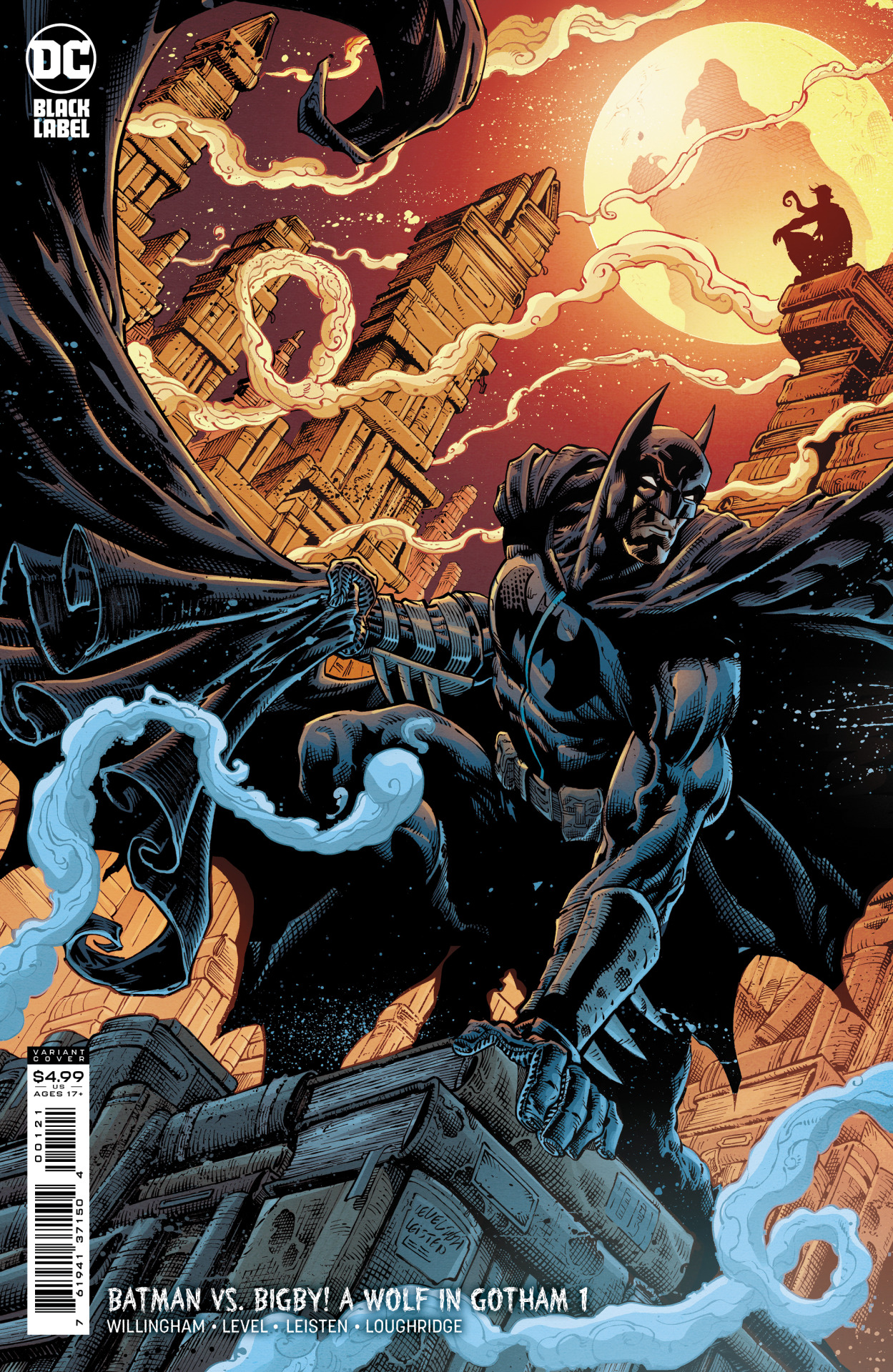 One of my guilty pleasures is Once Upon a Time. The show, while similar, wasn’t actually based on Bill Willingham’s Fables, though. I’m about to out myself as a terrible comic book fan, but it’s another series I just haven’t gotten to, but the idea of Batman crossing over into that universe sounded too good to pass up. The question is, did Batman vs. Bigby! A Wolf in Gotham #1 live up to expectations?

The book instantly delivers on its promise of featuring two great detectives. Batman and Robin are smack dab in the middle of a mystery, as there have been mysterious killings in the city, seemingly committed by some sort of animal. The Dark Knight and his team of Robins, which is a highlight for me in this issue, try to connect the dots. The next night, Gordon signals Batman to talk about the “wolf homicides” and he brings a new transfer along with him, Lieutenant Molly Grace. The main gist of these panels, other than to provide some flirting between The Caped Crusader and Ms. Grace, is to establish how skeptical Batman is of a killer wolf (surprise).

Shortly after this conversation, Batman gets the jump on Bigby, who we know has been following him for at least the last 24 hours. It’s an interesting scene in which we get to see the brawn side of Bigby go up against the same side of Batman. There’s more to Bigby than meets the eye, which means Batman of course gets the upper hand to capture this new stranger.

We’re also introduced to what is likely the series Big Bad, Bookworm. He’s after some information, though we never get an idea what kind. In all honesty, most of the panels that featured Bookworm felt like filler and nothing else—read them or not, the main part of the story stays the same. There’s always the chance that by the time this limited series is done, these scenes will actually mean something, but in the present, they dragged Batman vs. Bigby! A Wolf in Gotham #1 down.

There’s a very good chance that not having the nostalgia factor of Fables to lean on has affected my read-through of this issue. Aside from there being the wolf homicides mystery that Batman’s trying to solve, I have no idea what the point of much of this issue is about. There’s a countdown to an incident, but we have zero clues what this incident could be. The Bookworm stuff takes up valuable pages, which could’ve been used to make me care a bit more about the happenings of the rest of the book.

Willingham’s Batman stuff is top-notch, the rest of it, though? I’m struggling to grasp what’s going on with Bookworm and Bigby. Even on the panels/pages that I do like, it’s hard to follow the writing. I’m hopeful that Batman vs. Bigby! A Wolf in Gotham #1 is just suffering from “first issue blues” and is just setting the stage, but my first impression of Willingham is not what I expected.

That said, the art team kills it. Brain Level and Jay Leisten deliver so much detail in their work. Outside of Batman and the Robins, the art feels like it belongs in a fairytale book. The way they display the panels whenever Bookworm is involved is hands down, some of the best page layout work I’ve ever seen. Batman vs. Bigby! A Wolf in Gotham #1’s art is enhanced by Lee Loughridge’s colors. These are somehow both vivid and dark at the same time. While the look of this book strays from my normal tastes, it’s the perfect storm of creators and I’m in love with it.

While Batman vs. Bigby! A Wolf in Gotham #1 fell just short of my expectations, it’s still a wonderful book to pick up. If not for the scenes with Batman and the Robins, or with Gordon and Grace, or even his fight with Bigby; for the beautiful art and page design.