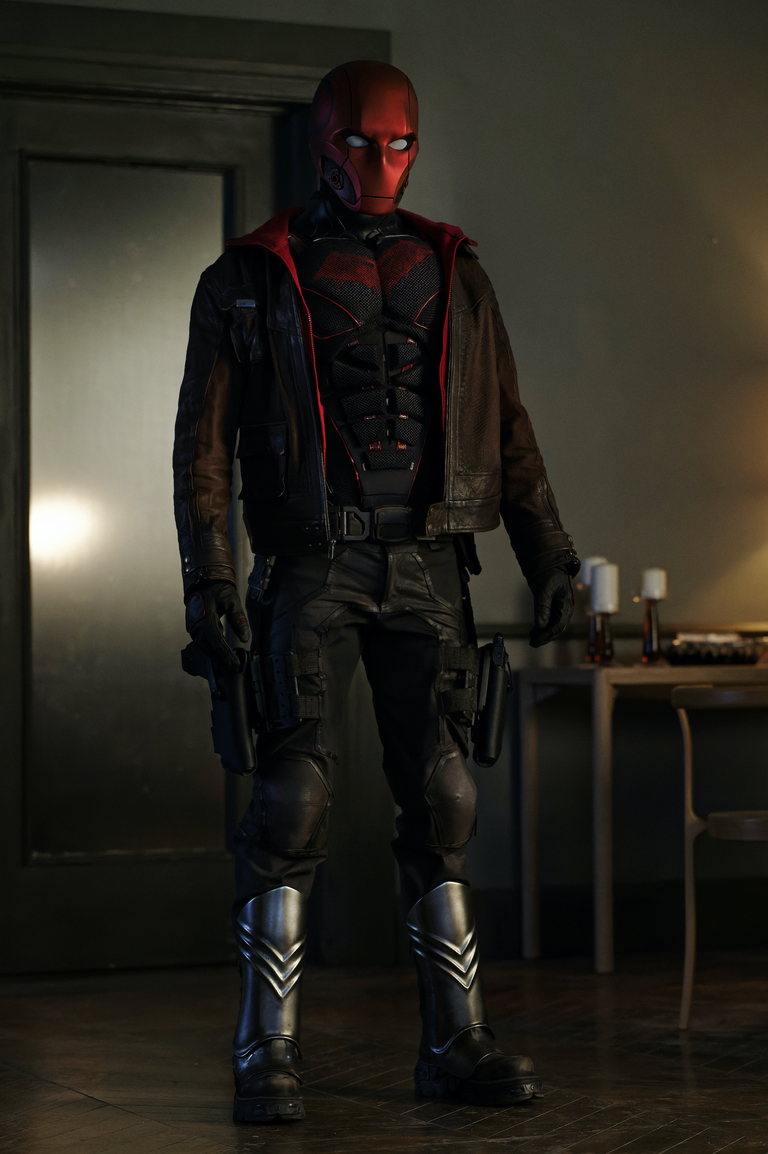 Flashbacks are tricky. Often, they can feel like a filler episode. However, the pace that Titans Season 3 has been on, “Lazarus” taking a step back helped fill in some gaps of Jason Todd’s path to Red Hood. Last week’s episode also opened up a ton of questions with Jonathan Crane/Scarecrow’s involvement in Red Hood’s creation, which is what “Lazarus“ largely touches on. 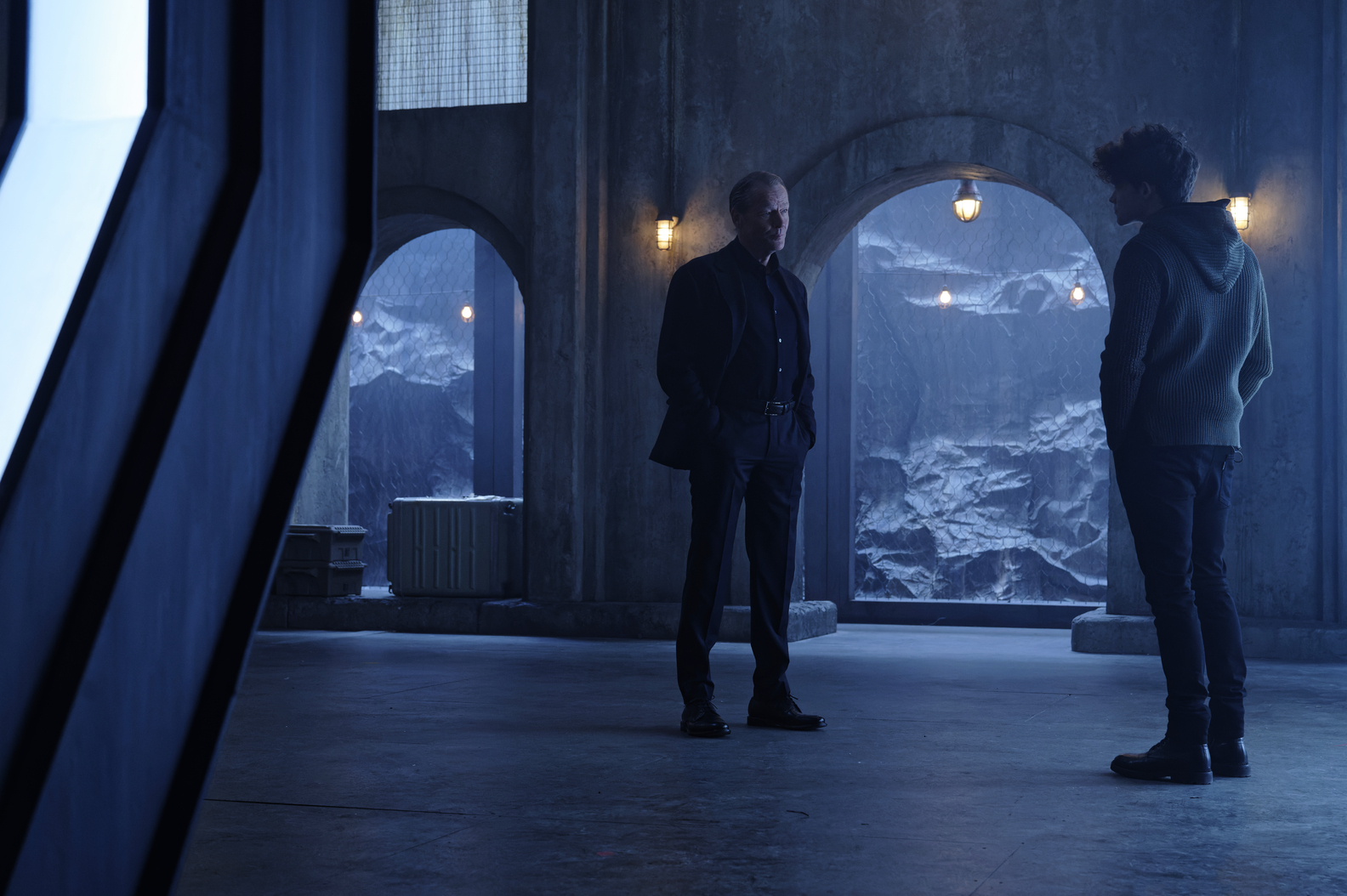 The episode opens up with Scarecrow and Red Hood having escaped Nightwing and the GCPD. Hood is worried that Nightwing is going to keep coming, especially now that he knows everything. Crane is less worried and reveals to Jason his master plan:

We immerse the good citizens of Gotham in a world of fear and terror where there is no one to protect them. And when they feel all hope has been exhausted, we swoop in and be the answer to their fear. You feed a starving dog, it’s always by your side. 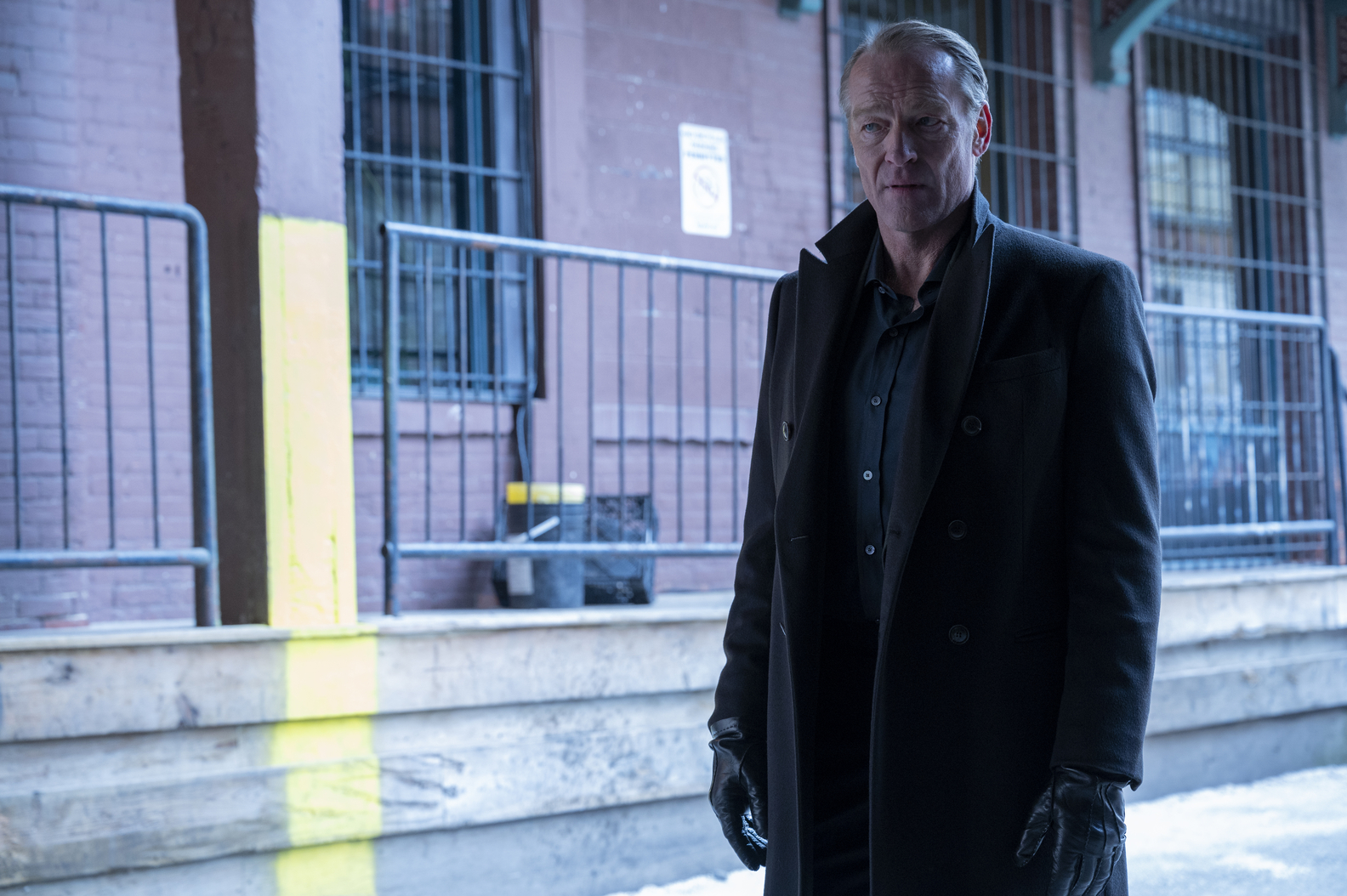 Jason takes a hit of the drugs we’ll soon learn more about before the episode dives back three months earlier before Jason was killed by the Joker. He’s having nightmares after the events of Titans Season 2 and Bruce is worried about him. The two have a back and forth about what’s going on with Jason and Bruce throws down an ultimatum—go see Doctor Leslie Thompkins or stop being Robin.

As one would expect, Jason remains defiant and heads into Gotham to meet a friend, Molly. It turns out the Joker has been abducting kids and the two friends argue whether or not Batman will fix the problem. Molly has a lead, which is enough for Jason to want to look into the person taking kids on behalf of the Clown Prince of Crime. 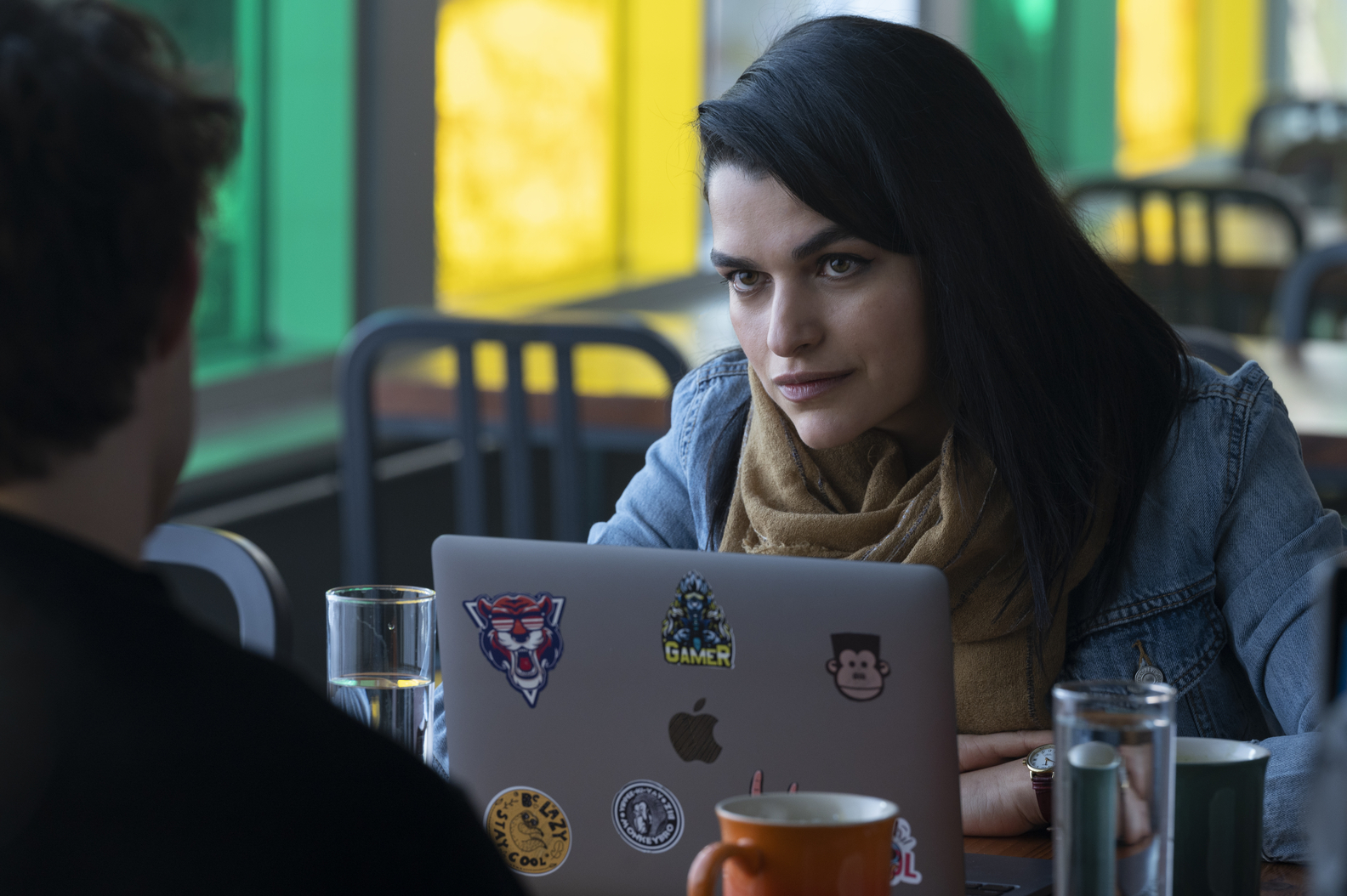 Molly and Jason find a man trying to abduct another young kid. Jason confronts the man, Pete Hawkings as revealed by Jason’s Bat-Tech, and the girl leaves. When the current boy wonder brings up Diego Martinez, Pete pulls a gun on Jason. Flashbacks ensue and the bad guy gets the upper hand.

The biggest takeaway from this episode is that Jason is tired of being afraid. The events of last season have taken their toll on Jason, which only adds to his fear, “Once Batman loses faith in somebody, he takes it all away” he tells Thompkins during another session. He feels being Robin is all he has. 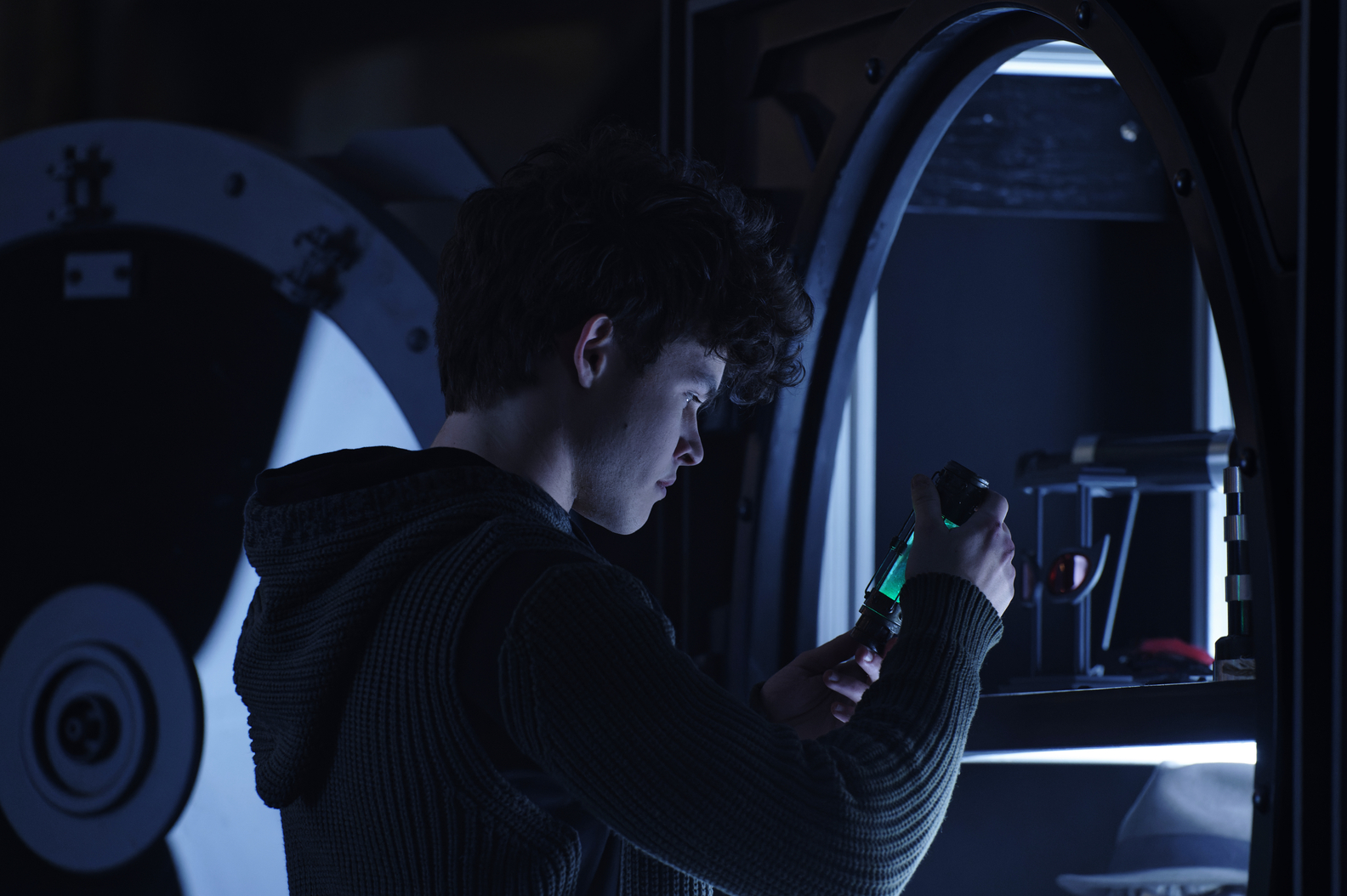 In their first meeting, the good doctor revealed that she worked with Jonathan Crane when they were graduate students. She details the moment that he tried to kill her with his fear gas, which piques Jason’s interest. In their last session, before Bruce tells Jason he’ll no longer be Robin, Leslie tells the young man “Just because you’re afraid doesn’t mean you’re broken”.

Unfortunately, Jason has a bit of a break when his mentor and father figure takes away the only thing that makes sense to him. He lashes out at Bruce, comparing himself to Dick Grayson and being treated differently. Later, he calls Leslie and lashes out at her before walking into Arkham Asylum. Here, he confronts Scarecrow and asks him if he can make something to get rid of fear. 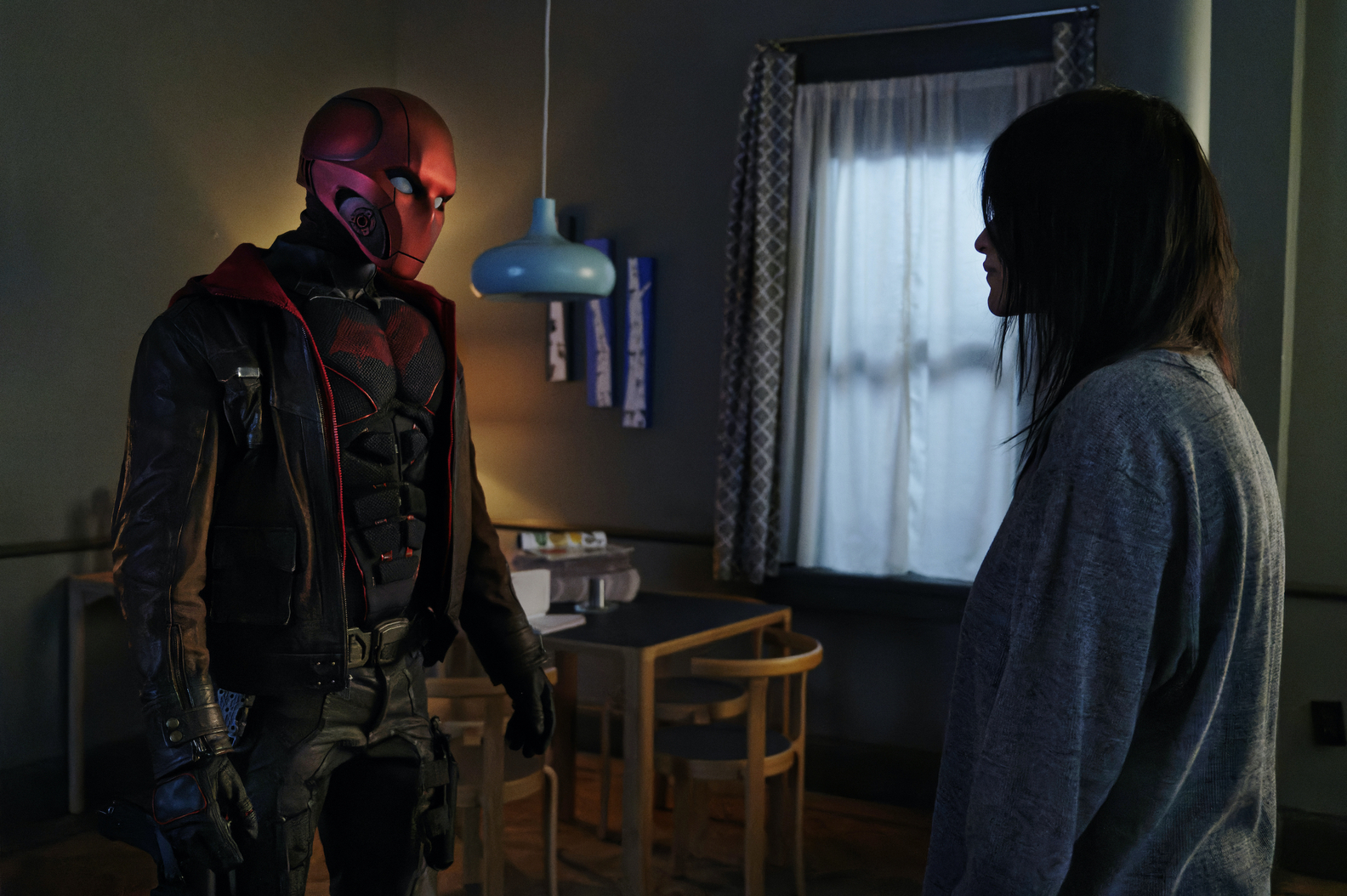 As Crane has proved in earlier episodes, he’s very intelligent and able to piece together that the boy in front of him is none other than Robin. He tells Jason that in exchange for his help, he wants in-depth information on Batman and help to escape Arkham. Jason’s fear of fear pushes him to agree. We quickly see the steps Jason takes to create a working formula, which leads to Scarecrow’s plan—test it against the Joker.

Crane arranges to have Jason’s dead body moved from the morgue to a secret Lazarus pit, which seems insane and way too convenient, but I don’t hate it! Once Jason’s revived, he is brought to Scarecrow’s secret lab in Arkham Asylum. It’s crazy how much pull Crane has and how much he knows to set up this pitch-perfect plan to transform Jason from Robing to Red Hood, but again, I kind of love it. 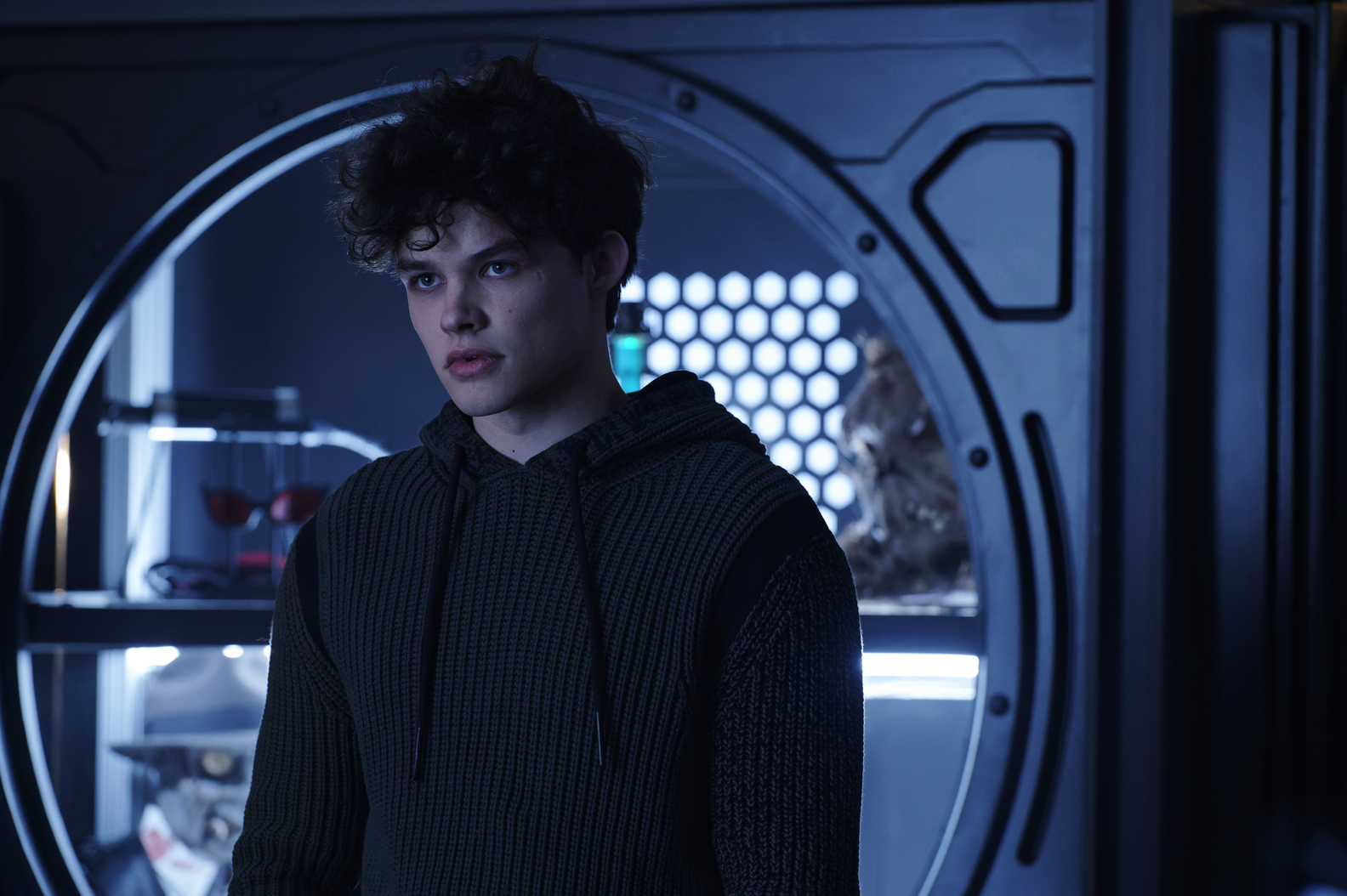 Red Hood’s first mission is to go after Pete Hawkins and help a friend. Whether it’s the lack of fear or effects from the Lazarus pit that turns Jason into a cold and calculated killer is anyone’s guess, but he messes with Pete and eventually kills him. He takes Diego, the abducted child that Jason mentioned earlier in the episode, and drops him off at Molly’s place. She easily figures out that Red Hood is her friend and he parts with these words: “It’s going to get worse before it gets better”.

Titans continues to build off of its incredible Season 3 run and delivers a flashback episode that’s not just here to fill an episode slot; we learn about how Jason went from level-headed (as level-headed as Jason could be) Robin to the cold and calculated Red Hood. Curran Walters gives his best performance yet as Jason Todd.