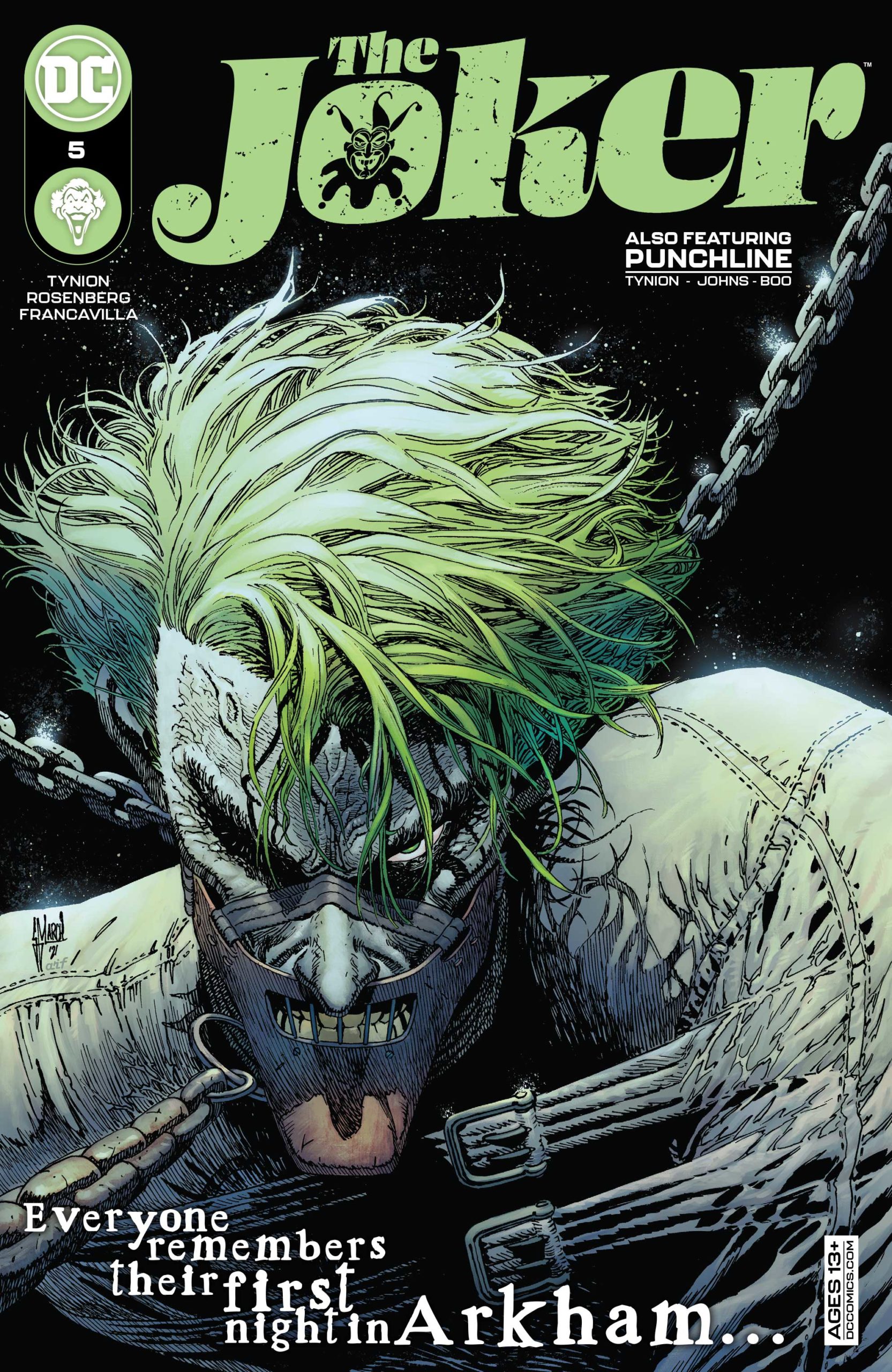 After taking a massive step forward last month, The Joker #5 takes a massive leap backward. All the momentum that was built up in the previous issues comes to a halt as we dive into a flashback. Flashbacks aren’t inherently bad, by any stretch of the imagination, but they need to do something. Provide more details to the story, reveal something important from the past, etc. Was this issue’s detailing of Jim Gordon’s time as captain and The Joker’s first stay in Arkham Asylum worth it? Not really, no.

As mentioned above, The Joker #5 flashes back “years ago” to when Gordon was a younger man. He was a Captain on the GCPD obsessed with the villain. He’s a hero and does what’s right, but neglects his family and friends to keep watch on the Clown Prince of Crime. While the noir style of writing is ever-present, it’s present for a story that I fear means nothing in the grand scheme of things.

The Joker #5 doesn’t add anything to the conflict between Gordon and the titular villain. There is no “OMG” moment that reshapes the relationship between two. We learn virtually nothing more about any of the other players we’ve been introduced to in the previous four issues either. There’s a snippet of new information about the Sampsons… and that’s it. That could have been a few pages of a flashback in an issue that pushes the story forward.

The series has demonstrated Gordon reflecting on his past, as a father, husband, and friend, just fine without needing an entire issue showcasing his neglect.

Exactly Where He Was Needed

Despite The Joker #5 not sitting well with me, the writing isn’t bad. Matthew Rosenberg and James Tynion IV deliver a decent script; it’s just not a great story in the grand scheme of things. However, the dark dialogue Joker spews towards Gordon is great, and the final panels are wonderfully written. While we didn’t need an entire issue showing us Jim Gordon neglecting everything important to him, the final page is a doozy.

When it comes to the art, I honestly don’t know where I fall with Francesco Francavilla’s style here. I’ve seen examples of his work elsewhere, and it’s honestly been great, but something about The Joker #5 just doesn’t sit right. I don’t hate it, but at the same time, I don’t love it. Honestly, it may be the choice of colors. I mean, Batman: Black Mirror feels like a noir film; yet in this noir series, it doesn’t. What I do love is that it does feel like a flashback. Francavilla is invoking the 1940s with his style here, and that works.

Punchline also comes to a bit of a halt this month. Out of nowhere, we’re now dropped into Cullen Row and his story. Perhaps this is some future setup, but it just was an abrupt place to start this next chapter. Meanwhile, Harper’s trying to break into the prison, but spends the entire segment talking with her father, to gather intel about said prison. All the hype from last month is just completely gone, along with my attention.

The biggest change this month is a new artist! Sweeney Boo is taking over for both the art and colors. I loved what Mirka Andolfo was doing, and while Boo is going in a totally different direction, I don’t hate it. Certain panels don’t sit well with me, where it feels like there was no time spent on character’s faces; but overall, I’m digging it. That could be because of the choice of Boo to go with a purple hue throughout much of the story. It’s the second story I’ve read in as many weeks where some of the pages/panels have that, and it’s really eye-catching. While the story that Tynion and Sam Johns may not have captured me, the new artist certainly did.

Unfortunately, The Joker #5 is nearly the complete opposite of last month’s issue – and for me it’s been the worst in the series thus far. The main story feels like a filler that contributes nothing to the overall story. There will likely be zero impact if you skip this issue, which isn’t a good sign for a comic. Even the backup story falters, though I’d say the entire issue is worth it for Boo’s art alone.