This just in: On the DC FanDome panel “Legacy of the Bat,” DC Publisher and CCO Jim Lee and award-winning screenwriter John Ridley confirmed plans for a four-issue Batman miniseries scheduled for January 2021, featuring art by Nick Derington. The panel revealed key art for the first issue from LADRÖNN, and Ridley’s series will center on the family of Lucius Fox, confirming rumors that this Batman will likely be a person of color.

“Better Than A 47% Chance This Batman is a Person of Color,” Says Ridley

Today’s Legacy of the Bat panel in DC FanDome’s Hall of Heroes contained great topics and panelists in a celebration of the Dark Knight’s heritage and the impact he’s had on his allies as they continue to do their part to protect Gotham City.

In addition to lively discussions spotlighting Talent and creators from popular DC shows such as Batwoman and Titans, as well as from Warner Bros. Games Montréal, DC also ended months of speculation regarding Batman’s upcoming comic book adventures, confirming that award-winning screenwriter John Ridley (12 Years a Slave, Guerrilla, American Crime) and artist Nick Derington (Doom Patrol, Batman Universe, Mister Miracle) will team up for a four-issue miniseries scheduled for January 2021, featuring a version of the Caped Crusader different from what many fans know and existing alongside the current Batman run by James Tynion IV and Jorge Jimenez.

During his conversation with DC Publisher and Chief Creative Officer Jim Lee, Ridley revealed a breathtaking piece of key art for his version of Batman by artist LADRÖNN. 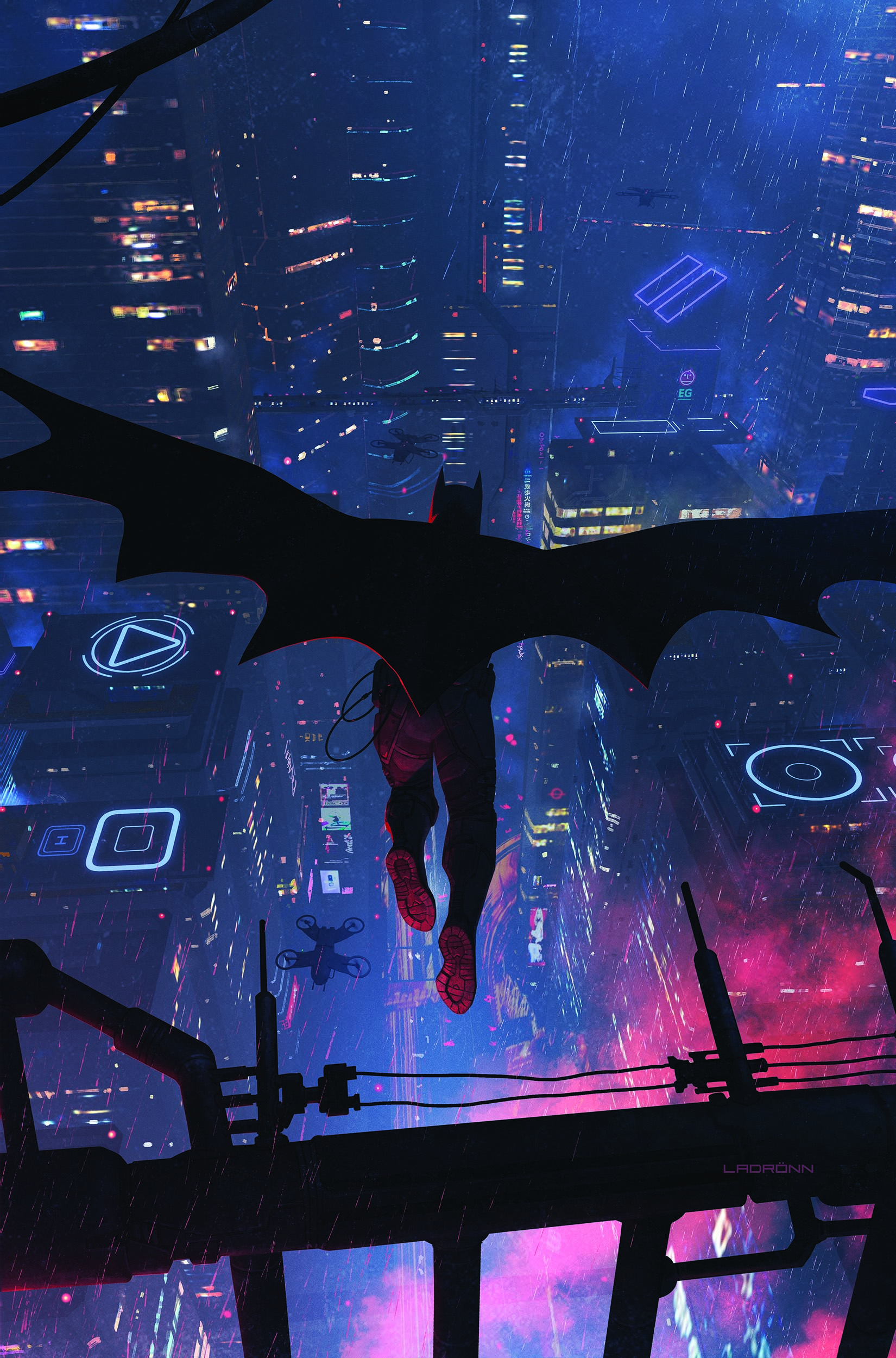 The writer also provided further credence to fan speculation that this Batman definitely will not be Bruce Wayne:

“I think it’s a pretty safe bet that if I’m writing Batman, it’s probably a little better than a 47% chance he’s going to be a person of color,” said Ridley.

In addition, Ridley raised additional curiosity when he revealed his series will focus on the family of Lucius Fox, head of Wayne Enterprises. “But he [Fox] has a family and this is a family that has secrets, has kept secrets from one another,” said Ridley. “It’s a little bit different dynamic than the Batman that we’ve always seen.”

While this will be the first time Ridley has written a series featuring Batman, he’s no stranger to comic book writing, nor to DC. In 2004, he wrote The Authority: Human on the Inside (with artist Ben Oliver) and contributed an arc to the 2005 series, The Razor’s Edge: Warblade (with legendary artist Simon Bisley). Most recently, Ridley also collaborated with artist Georges Jeanty on the groundbreaking limited series The American Way (2006) and its sequel, The American Way: Those Above and Those Below (2017).

Fans interested in learning more about Ridley’s plans for this series should check out the Batman: The Joker War panel at DC FanDome: Explore the Multiverse, Saturday, September 12 at 10amPT/1pmET. Ridley is writing a short story (with art by Olivier Coipel) for the Batman: Joker War Zone one-shot anthology that may provide drop additional hints at his plans for the January miniseries.