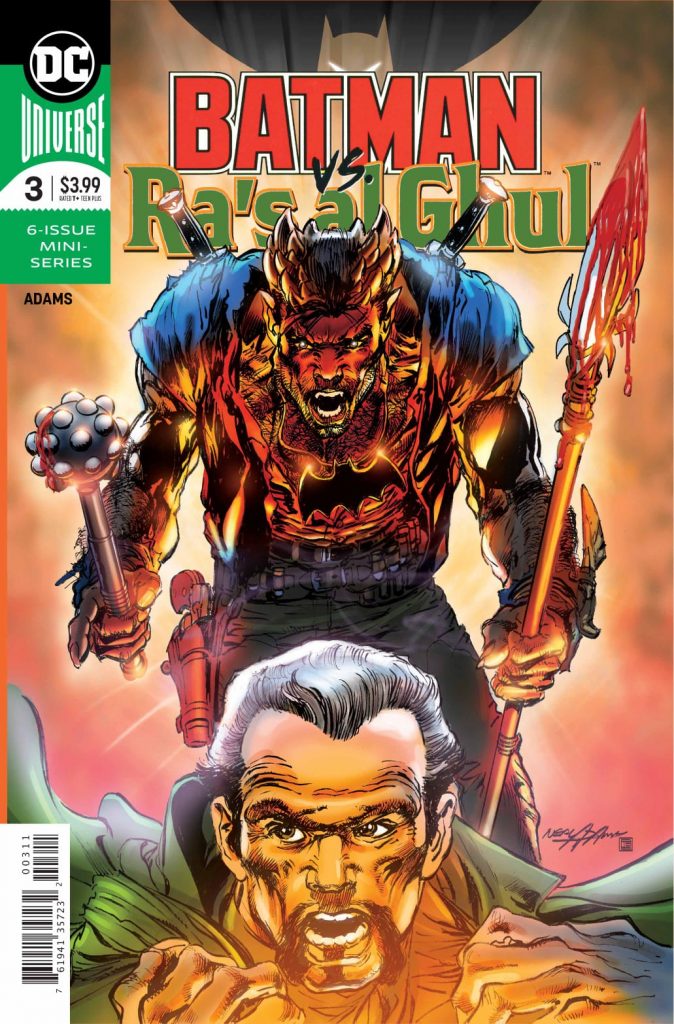 We are back with issue three of Neal Adams’ latest Batman outing, Batman Vs Ra’s Al Ghul #3, and what an issue it is!

Now, normally, a statement like that would generally be a good thing, but this issue confused the life out of me. I read it and then had to go back and read the previous two issues to make sure I hadn’t missed anything, and then re-read this one only to find that no – it’s still confusing. This doesn’t necessarily mean it’s bad – it’s still quite a bit of fun – but I definitely feel like I’ve missed something here, or that it’s vital for me to understand what this story’s doing and – especially – where it’s going.

Towards the end of the issue, this confusion was slightly cleared up, but only through some of the most expository dialogue I’ve ever read in a comic book. On the topic of dialogue, some of it in this issue made me double-take and then laugh from fear and confusion. For instance, the line “you’re either smoking weed, brother… or you’re watching another fight” feels so out of place, and I never expected Batman to say that… but hey, here we are. Again, it’s not necessarily a bad thing – just… different, shall we say? 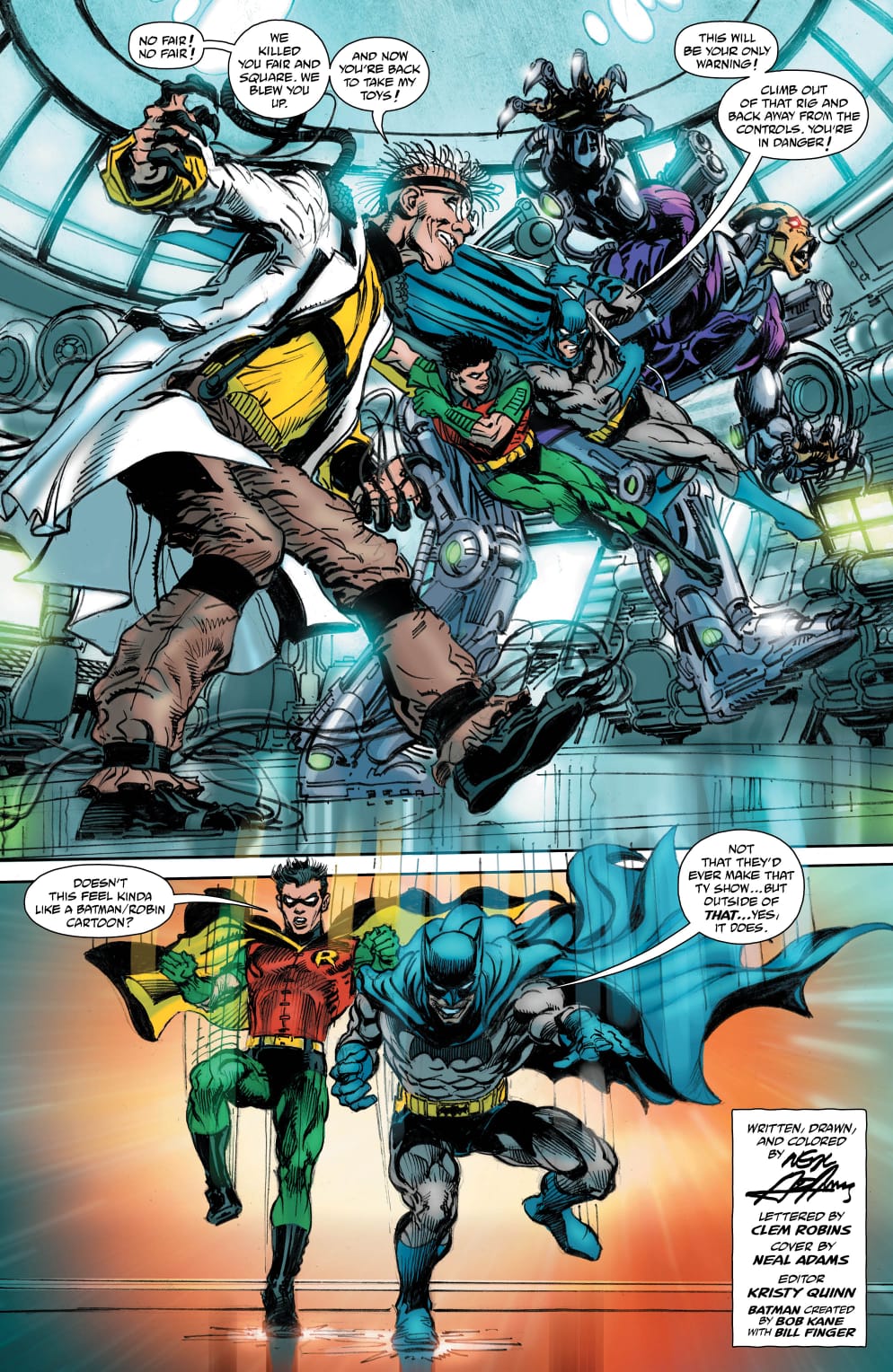 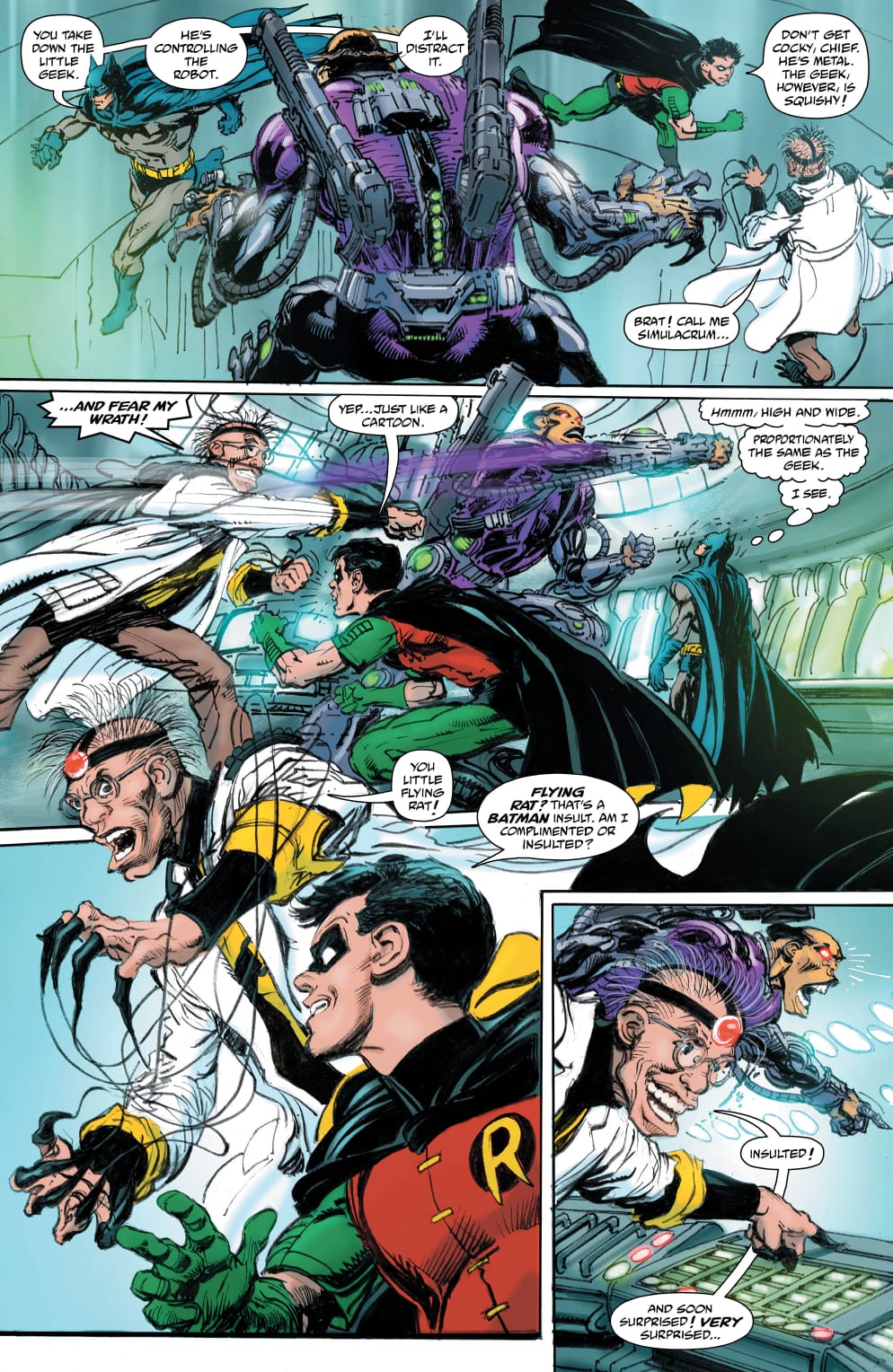 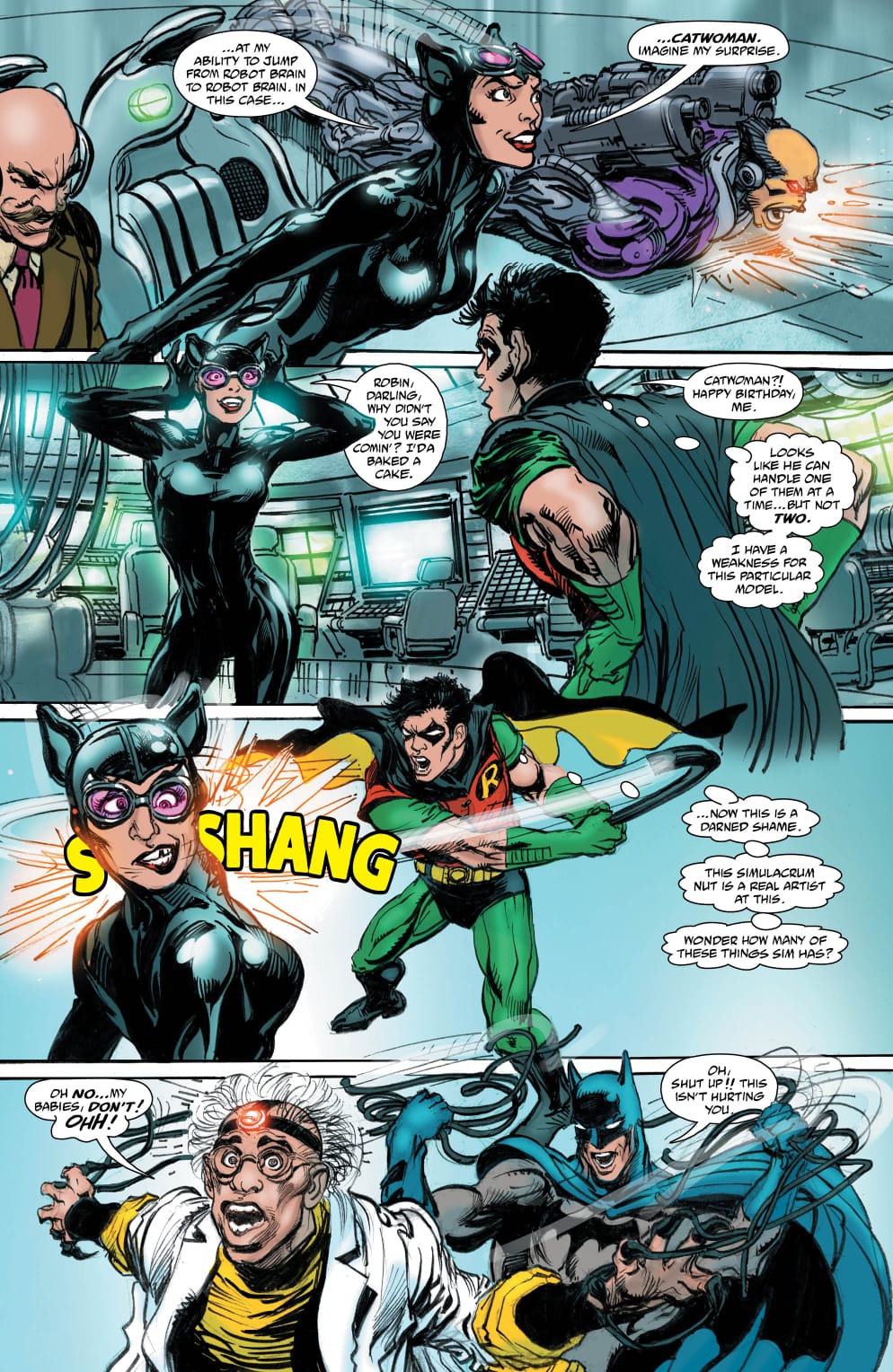 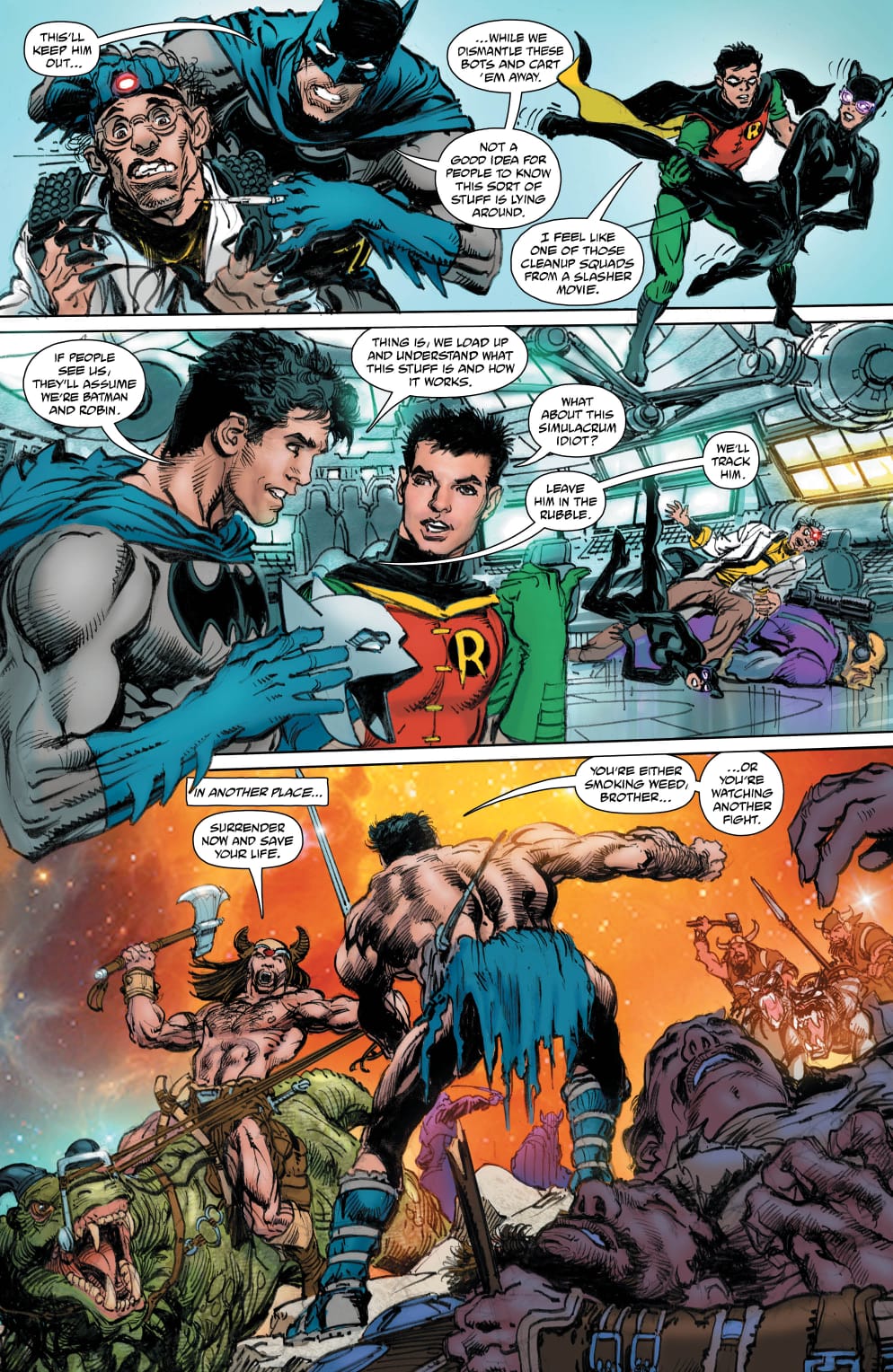 In my review for issue two, I praised the art style, and as nice as I think it does look here, it’s definitely much weirder. Some of the layouts make characters in the foreground look as big as characters in the background – the perspective is just really off – and there are some panels that just look downright wacky. One of the ones I can’t stop looking at is about halfway through the book – Dick is facing the reader, but his left eye is looking to the right, while his other one is obscured by Bruce’s eye – which is looking left – and it makes Dick look like a Gekko. The choice to lay it out like this is interesting to me, but there isn’t anything inherently wrong with it.

In terms of Ra’s al Ghul – well, he’s nowhere to be found in this issue bar three panels in the middle – and it’s just him on a talk show. With a title like Batman vs Ra’s al Ghul, I kind of had expectations going in, you know? I understand that the story’s taking us towards an inevitable confrontation, and I’m sure it’ll be amazing, but my interest in this series has kind of depleted in this issue, especially with how pumped I was for my first Neal Adams experience when I picked it up for the first time.

Despite how critical this review probably sounds, I still hold out hope and remain optimistic. Have some of my favorite comic runs of all time had dud issues in the middle that I didn’t like? Absolutely. Did it stop me from enjoying the series overall? Not at all. So, with some slightly lowered expectations, I head into issue four cautiously optimistic, having enjoyed Batman vs. Ra’s al Ghul #3 but knowing that I just wanted something… more.