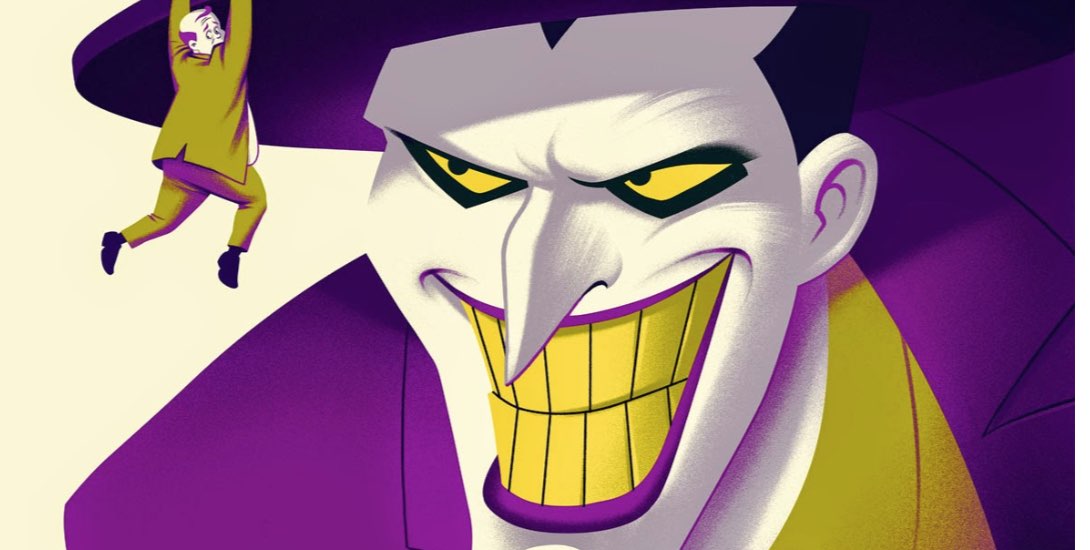 Over the last two months, Todd Phillips’ Joker has managed to completely dominate the box office, eventually making $1 billion. All deserved, being that the movie is a technical masterpiece of cinema. While I adore the film, I strongly dislike their version of the Joker. For me, the character is a menacing agent of chaos with no comprehensible motivation for anything he does. So, making Joker a sympathetic character with an understandable backstory certainly rubbed me the wrong way.

My personal favorite incarnation of the Clown Prince of Crime is Mark Hamill’s Joker from Batman: The Animated Series ,as I feel that his Joker embodies everything the character is supposed to be. He has a pretty iconic look as well. Would my opinion of Joaquin Phoenix change based on his look? No, but it couldn’t hurt. One artist had the great idea of giving Joaquin Phoenix’s Joker a Batman: The Animated Series Makeover.

Artist Jaxson Derr, seemingly a big fan of the Joker overall, took to his Instagram to share his edit of Phoenix’s Joker dressed in purple, with a dark blue bowtie, and wide rimmed hat. His facepaint has been reduced down to the iconic white and red lipstick.

I can’t say one is better than the other, but it’s pretty fantastic to see this version of the Joker sport such a wonderful and recognizable look. The suit is definitely a marked improvement, both face makeups, however, have their advantages. While I’m not a fan of how clownish Joaquin Phoenix’s makeup is, it’s far more unsettling to see someone made up like that committing those horrific acts. It’s pretty chilling.

What do you think? How do you feel about this Batman: The Animated Series makeover? Do you think Joaquin Phoenix’s Joker could have done well with different makeup?

It doesn’t stop there either. Remember when I said that Jaxson Derr was a fan of Joker, while he’s done more than one edit.

Be sure to head over to his Instagram for a ton of fantastic DC-related fanart.