“Gotham Nocturne: Act One – Half A Chance In Hell” – Part Three, and “A Tune That Listens Back” 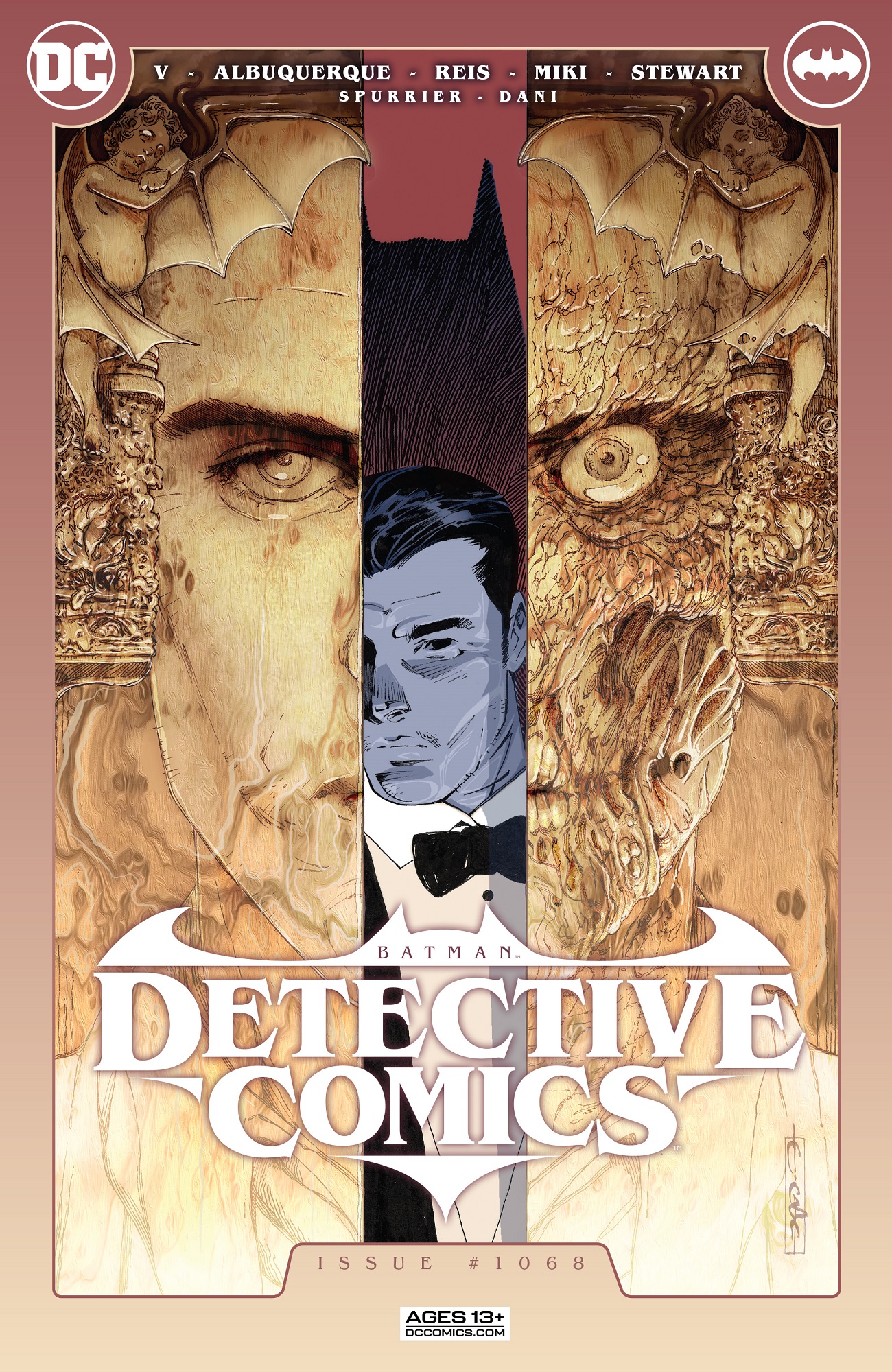 Detective Comics #1068 is an action-packed adrenaline thrill ride that will leave you out of breath and on the edge of your seat!

Bats Vs Wolves Vs Monsters

This issue seems to have listened to every moan I’ve been blurting out since Ram V took over this title many moons ago. It is an all-out, action-packed Batman fighting against new foes, wild ride.

This issue delivers the perfect balance of exposition and action. Batman has a bloody battle with a giant werewolf-Esque creature. It has a technical name, but for the sake of understanding… it’s a werewolf. Whilst the Dark Knight battles this powerful beast, we have some villain monologuing, impending doom being foreshadowed, and Two-Face having yet another internal struggle with whether to help Bruce or not. All in all, it’s an issue that you won’t want to give half your attention to. This is another Ram V special, dim the lights, slip on your comfy slippers, grab a tumbler of single malt, then read and give it your all.

This story has felt like it has been building towards a huge, end-of-Gotham-level explosion. The Orghams, the Azmers, Two-Face with a non-stop internal battle, and Talia and the League of assassins with some as of yet unknown part to play. I, for one hope Gotham survives the experience.

I would love a few more Bat family members to help Bruce during this experience and not just Jim Gordon and his new young half-naked friend (who I have to say, I’m not a fan of). Batman has an entire network of comrades-in-arms; the Justice League, and the Outsiders to start with. To be honest he probably has the entire Green Lantern Corps on speed dial. If this threat is a big one we need to start seeing reasons why he’s facing it alone. With the occasional bit of help from two (former?) villains.

The art in this issue was a high point. It was beautiful. You felt every hit that Batman took, every scratch from a giant wolf claw. It was extremely aesthetically pleasing. The writing has been improving each issue from Ram V, who after a few missteps seems to have found his footing and is now writing a great Batman story. I’m excited to see what happens next.

A Tune That Listens Back

Now we get to the low point of the issue. I’m tempted to call it the no point of the issue. I can’t hide it any longer. This character and this backup story are on my I don’t want to read list. I’m sorry Simon Spurrier, you’ve got a dark weird way to your storytelling. It works in some cases better than others, but it’s not my cup of tea. Not one single bit. A story of a tune that Jim Gordon whistles for a second, that Coda chases and watches go from person to person for miles? Hmmm… Superhero comics at their finest (he said sarcastically), and don’t even get me started on the art.

I would rather read the ingredients of a ketchup bottle than read this story again. It’s just so weird and felt almost pointless. If there is a grand scheme behind it all I’d love to be let in on it. At the moment I feel pointlessly in the dark. There was a tie to Arkham City: The Order of the World in this issue. Maybe important? Maybe not? I don’t know. This backup story just wasn’t for me.

Detective Comics #1068 delivers with the main story but suffers with the backup story. If I were you, I’d read the first part and ditch the second.