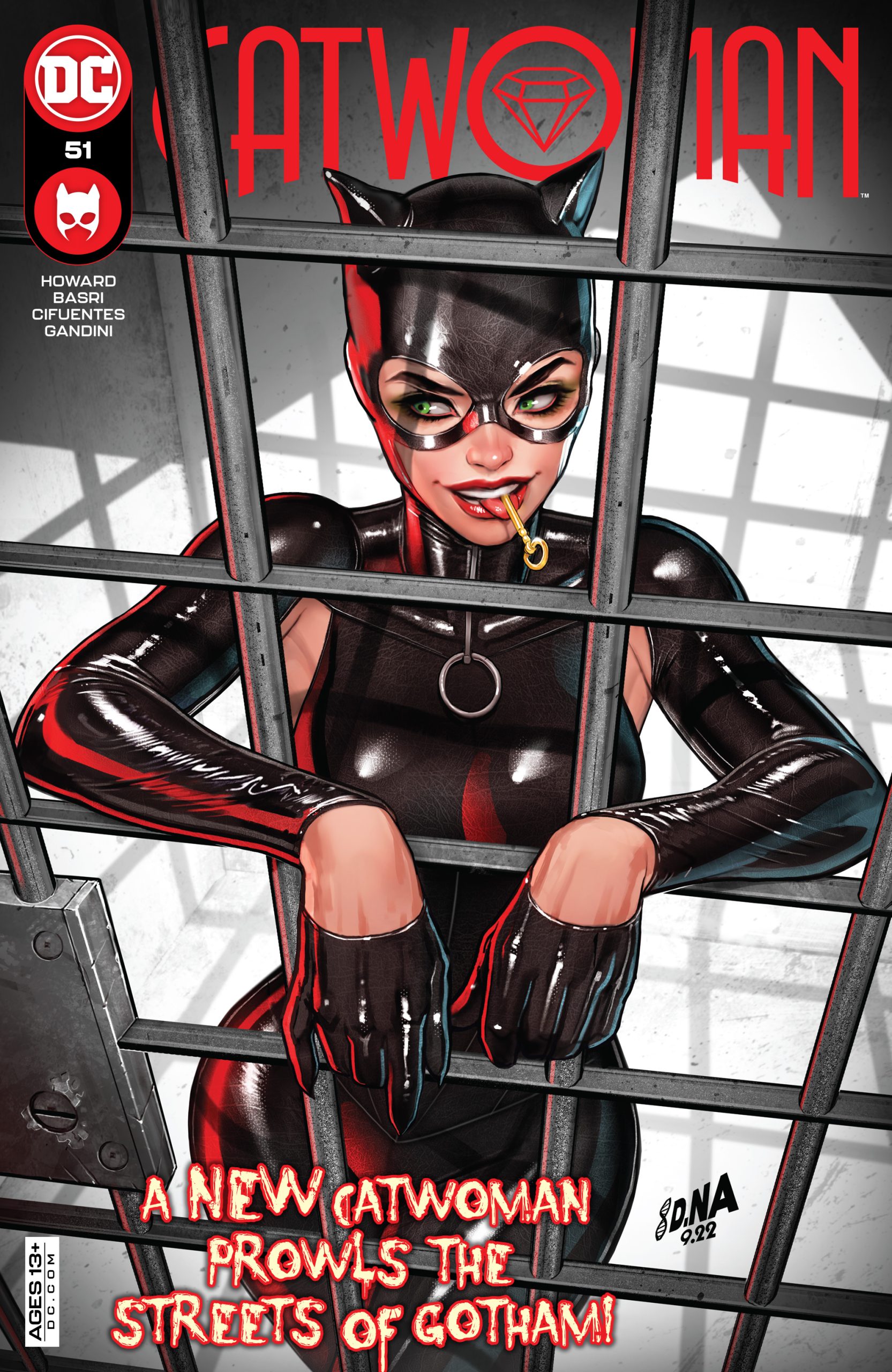 After the intense events of issue 50, Catwoman #51 brings us a look at how Selina handles her time in a cage.

Being domesticated wasn’t easy for cats thousands of years ago, so the struggles of being imprisoned are relatable here. When you partner that with a new art team, the fresh start in the storyline is well felt in this grim setting.

I never watched Orange is the New Black, so the female prison narrative is a largely new thing to me. We see Catwoman doing her best to handle incarceration in all the ways we’ve heard about in the movies. Big personalities vie for favor, and the struggles of trading contraband in and out is always an important activity. We’re treated to a new cast of characters that we can only expect to get bolder as things go on.

The noticeable aspect of Catwoman #51 is the change in the art team. The bold lines and vibrant colors of Selina and the other prison inmates deeply contrast with the plain greys of their environment. We’re made to follow our protagonists like beacons through the narrative, and it’s very effective.

Each of the new characters is designed to be visually distinct by face, instead of by outfit (obviously because they’re all dressed the same). In a lot of our superhero media, the silhouette or color scheme of a costume is what tells us who’s who, especially in grand line-up shots. By doing this, we get to break from the usual comic book media and tell a people-first style of story.

Catwoman #51 gives us the start of a jailbird story we can expect following those last few events. A new arc gives us new opportunities, and we can only imagine what will happen to Selina next.