We’ve previously reported the pre-release info, and now it’s out and ready to ship along with an unboxing video! All the insanity and humor surrounding the relationship between Harley Quinn and Joker have been brilliantly encapsulated in this new diorama from Sideshow featuring the old clown/circus staple: a cannon.

Of course, when you want to depict Harley as a statue the first decision is which version you want to show, and, in this case, it’s a return to where it all started. We know the journey of how Paul Dini was writing Batman: The Animated Series and for his first episode featuring the Joker, he felt that a romantic foil would enhance the villain’s character.

In designing the costume, Bruce Timm ran with the name that Dini had given her. A Harlequin was a stock character from 16th-century theatre usually in the role of a comic server that also displayed physical agility and trickster qualities. In retrospect, it’s inevitable the costume would evolve as depth and backstory were added to the character. Certainly, the hat wouldn’t have made it to the screen adaptation, but at the time it was totally fit for purpose.

The look and the writing of the character were enough to propel her from the intended one-episode cameo to an essential part of the DCU. No less than Jim Lee (Publisher and Chief Creative Officer) has referred to her as the fourth pillar of the DCU along with Batman, Superman, and Wonder Woman.

Given this progression, there’s something metaphorical about Harley’s triumphant position on top of the canon – as if Joker is the foil to her show. Suddenly this diorama isn’t only a reminder of her origins, but also of how far she’s come. What a turnaround.

Sideshow presents the Harley Quinn and The Joker Diorama, launching into your lineup of DC Comics collectibles.

When it comes to clowning around in Gotham, Mistah J and his best girl Harley always make sure that the joke lands- even when it’s shot out of a cannon! The Harley Quinn and The Joker Diorama measures 14” tall and 11” wide as the two criminal lovebirds prepare to take their partner act up a notch. Sitting on a purple and orange colored cannon base, Harley Quinn holds the match that will send the Clown Prince of Crime sky-high, while inside the barrel, The Joker can’t help but smile as he plots the punchline to his next prank on Batman.

The polyresin Harley Quinn and The Joker Diorama is fully sculpted, practically exploding with personality (and that’s not just because Harley’s about to light the fuse). Inspired by their classic comic book appearances, Harley Quinn and The Joker make a colorful, clownish duo. Harley wears her iconic two-toned red and black jester costume with white accents, and The Joker’s purple suit, orange dress shirt, and blue necktie can be seen as he peers out of the cannon. The base is sculpted with realistic wood-like textures and is patterned with “Ha Ha Ha” text. A hidden Bat-symbol is weathered into the circular pedestal below these fan-favorites in the Batman Rogues Gallery, proving that Gotham’s Caped Crusader is never far behind when trouble strikes.

Liven up your DC collection with a little laughter and bring home the Harley Quinn and The Joker Diorama for your Batman collection today- it’s sure to be a blast! 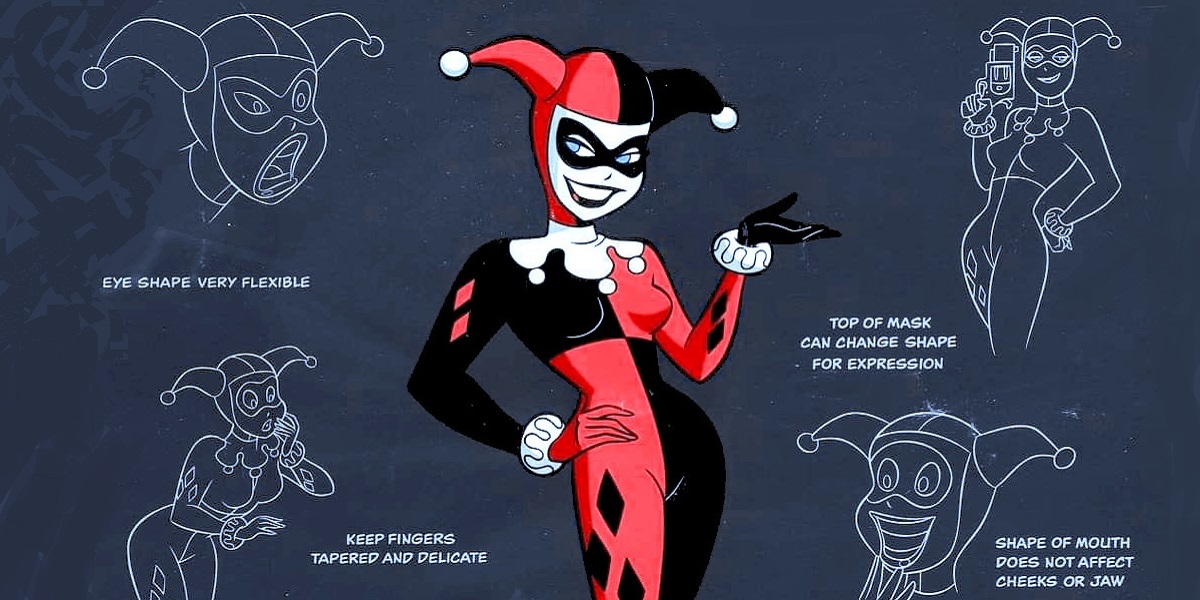 BATMAN and all related characters and elements © & ™ DC Comics. (s21)