“Who Killed Harley Quinn?” – Part One 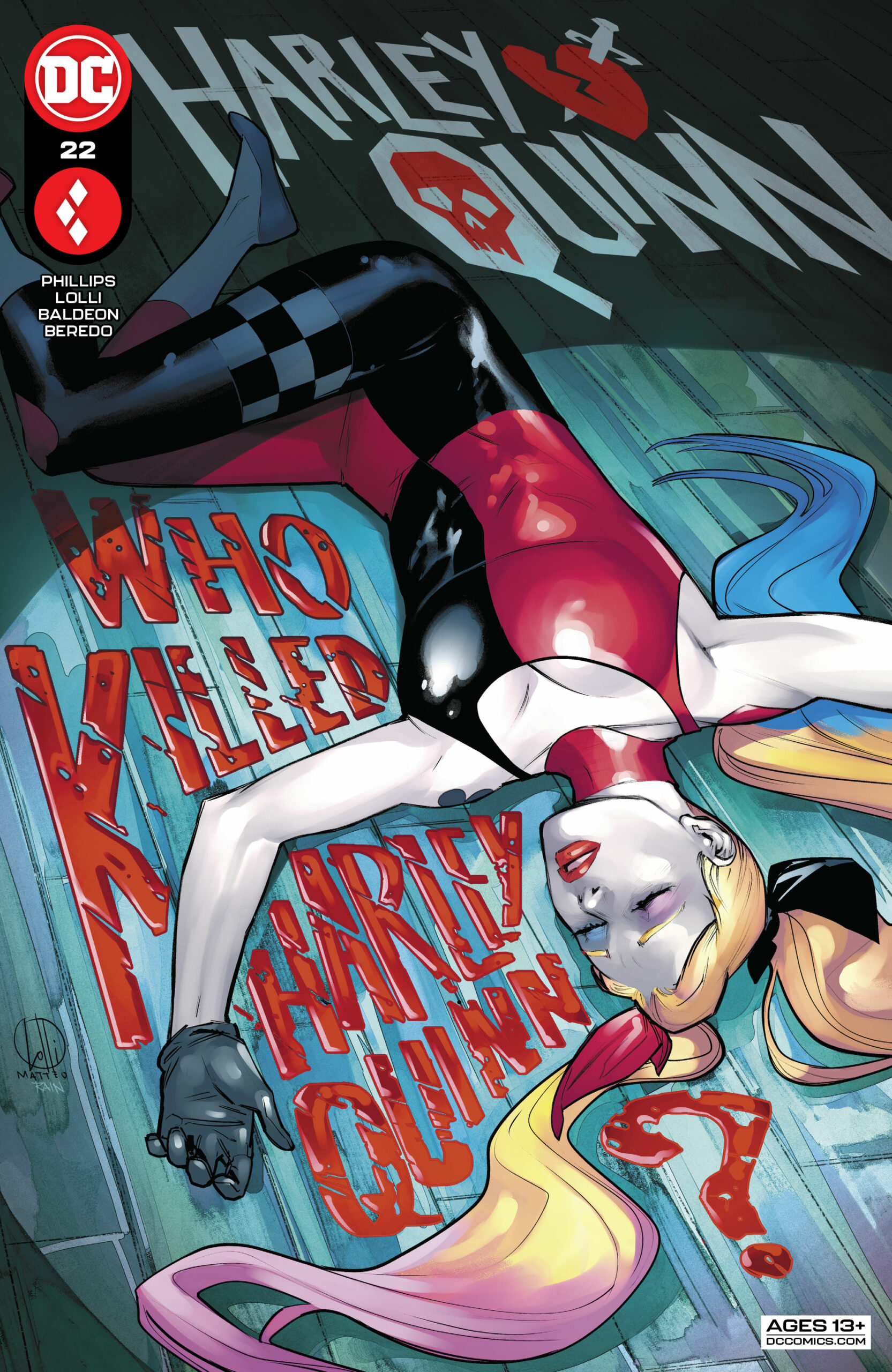 Harley Quinn #22 comes in with an energy that will not let readers rest! The 30th-anniversary issue was a beast in its own right but the artwork gracing the covers and the storyline in this issue also beg for attention.

With a story titled “Who Killed Harley Quinn?“, we get a foreboding promise of mystery and intrigue. So, let’s be detectives and get ready to spot some clues as we dive in, eh? 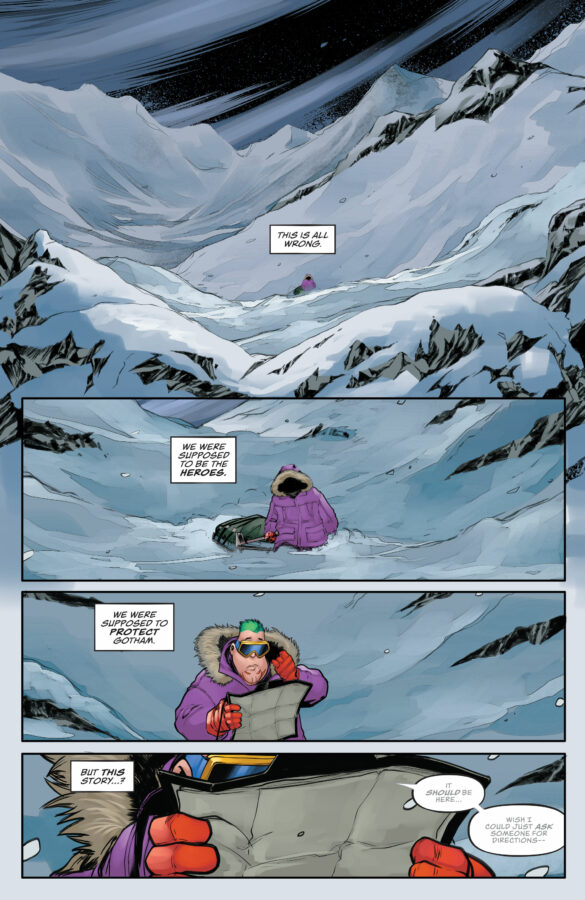 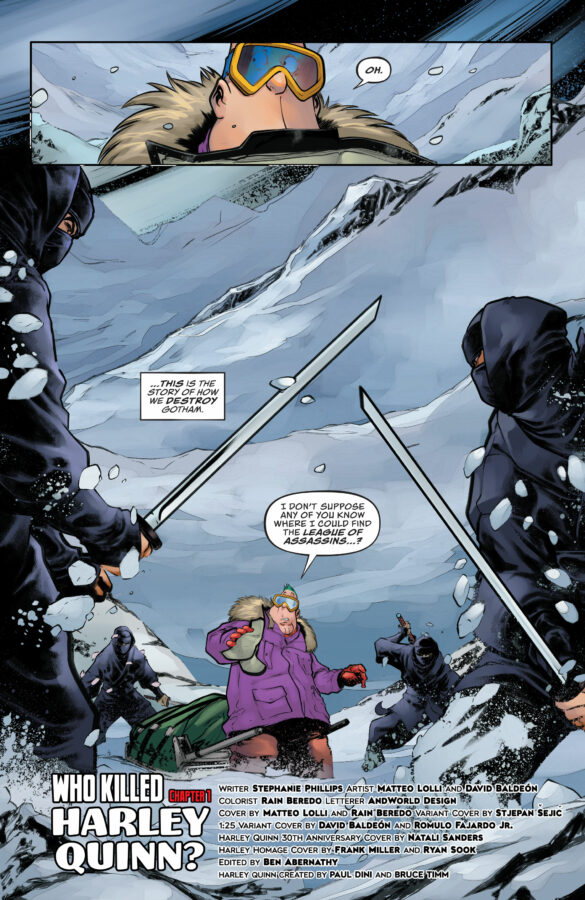 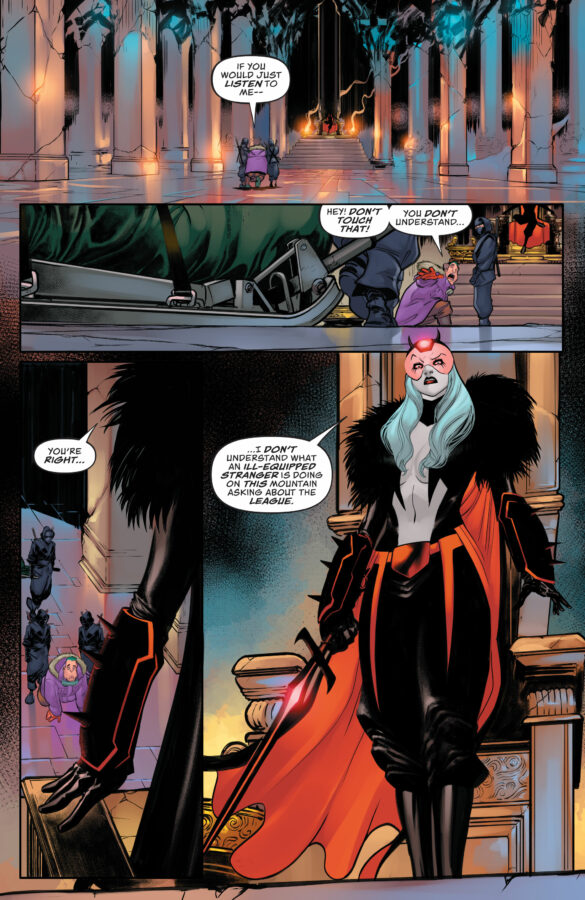 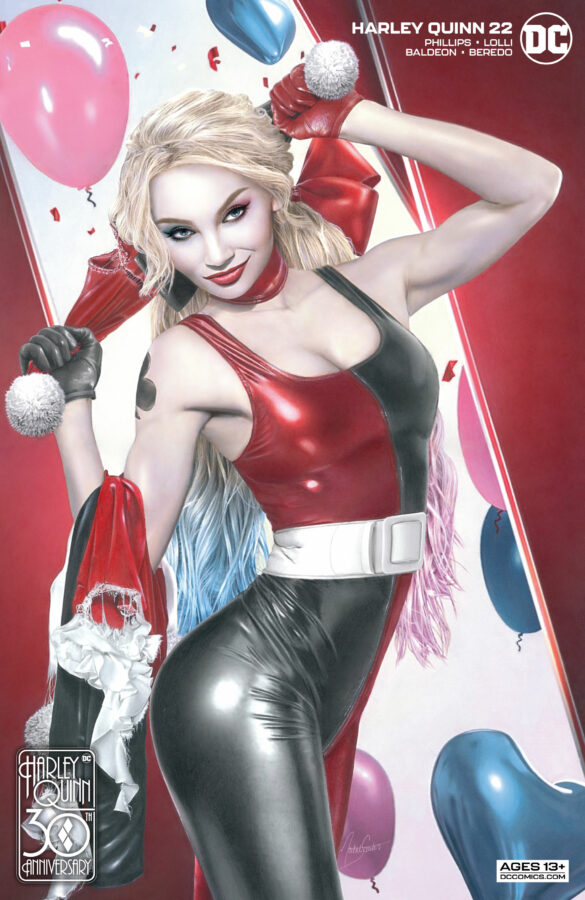 Kevin’s on a desperate search for the League Of Assassins, as it seems like only they will be able to help. Something most horrible has happened, Harley Quinn is DEAD! But the question is, how? Why? Kevin looks back on just how things got to this point. Along the way, we learn about Perry, Harley’s new home, and just what led to her death.

The League does have access to the Lazarus pits, but in their current state, the legendary wells of life-restoring chemicals are volatile and unpredictable. Like W. W. Jacobs’ The Monkey’s Paw, one should be careful what they wish for… and be ready to face the consequences of said wish. Is Harley able to be saved? Will Kevin be ready to take responsibility for his choices?

Whoa, so that sounds like one head rush of an issue, right? Let’s unload and unpack all the goodness we get in Harley Quinn #22. I mean, we get astounding covers created by the new art team of  Matteo Lolli and Rain Beredo, as well as another by David Baldeon with familiar talent Romulo Farajardo Jr. for a start.  We also get a special 30th Anniversary cover by Natali Sanders that’s stunning, to say the least. Already that’s a slew of ridiculously great covers… but wait folks, there’s more. To dial things up to 11, we also get a variant cover by Stjepan Šejić, plus an incredible Dark Knight Returns homage by Frank Miller and Ryan Sook! 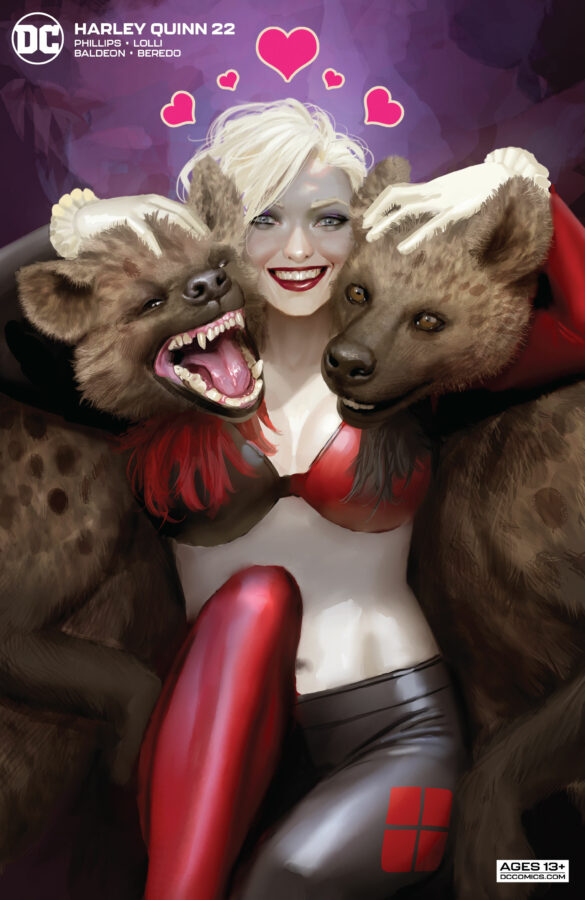 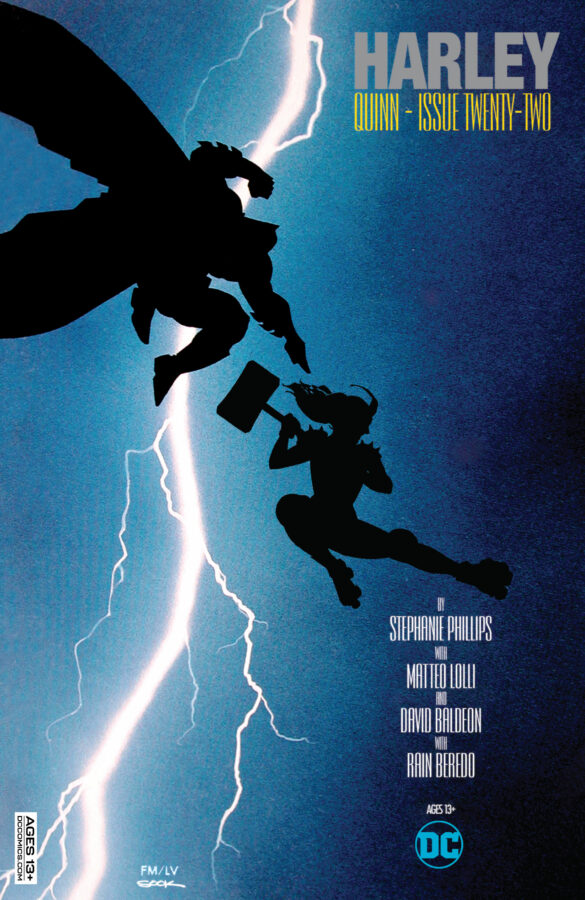 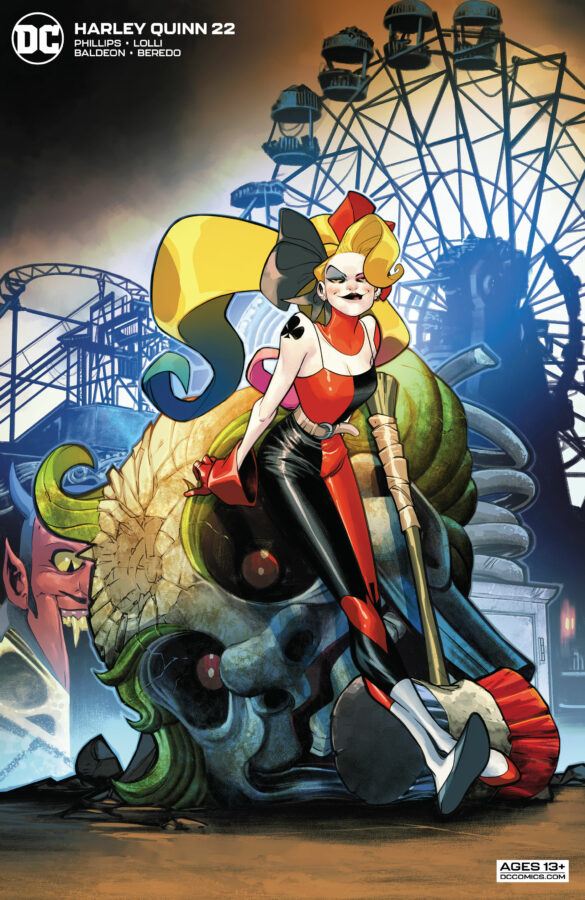 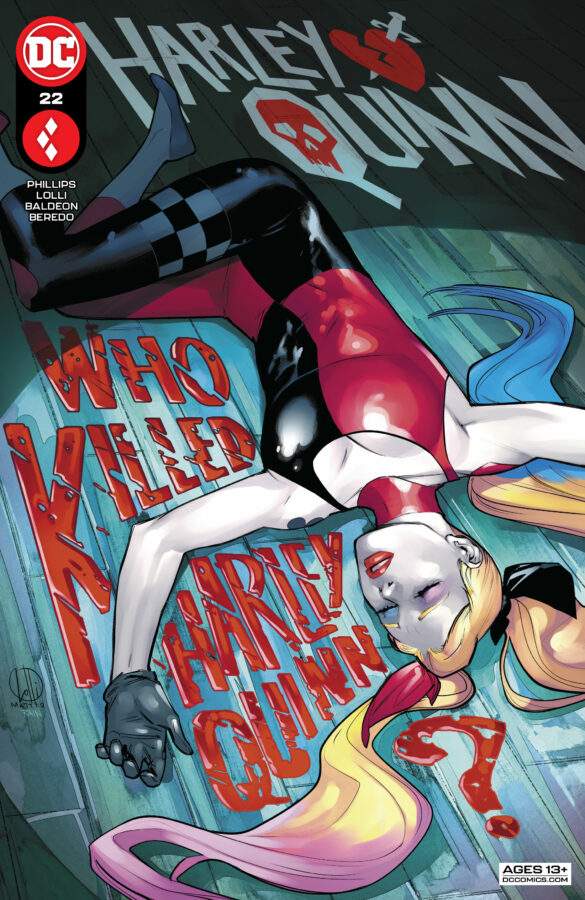 Feeling spoiled, Harley fans? This last month has truly been one for the ages. With this new arc, Stephanie Phillips leads us down a fresh path with a new art team. Add all this to the fact that Rain (DCeased) Beredo is on color duties, and what we have is a new vision of Harley Quinn. I, personally, am in love with this art style, it’s so crisp and clean! I adore the emotions that are expressed in some of the face-shot panels. Plus, AndWorld Design is back with their unique lettering, I mean Perry’s is so freaking cool!

I love a new beginning and Harley Quinn #22 is giving readers just that. The game’s afoot and I look forward to seeing all of the amazing art and story in store. It’s time to sit back and enjoy being spoiled, ladies and gents.