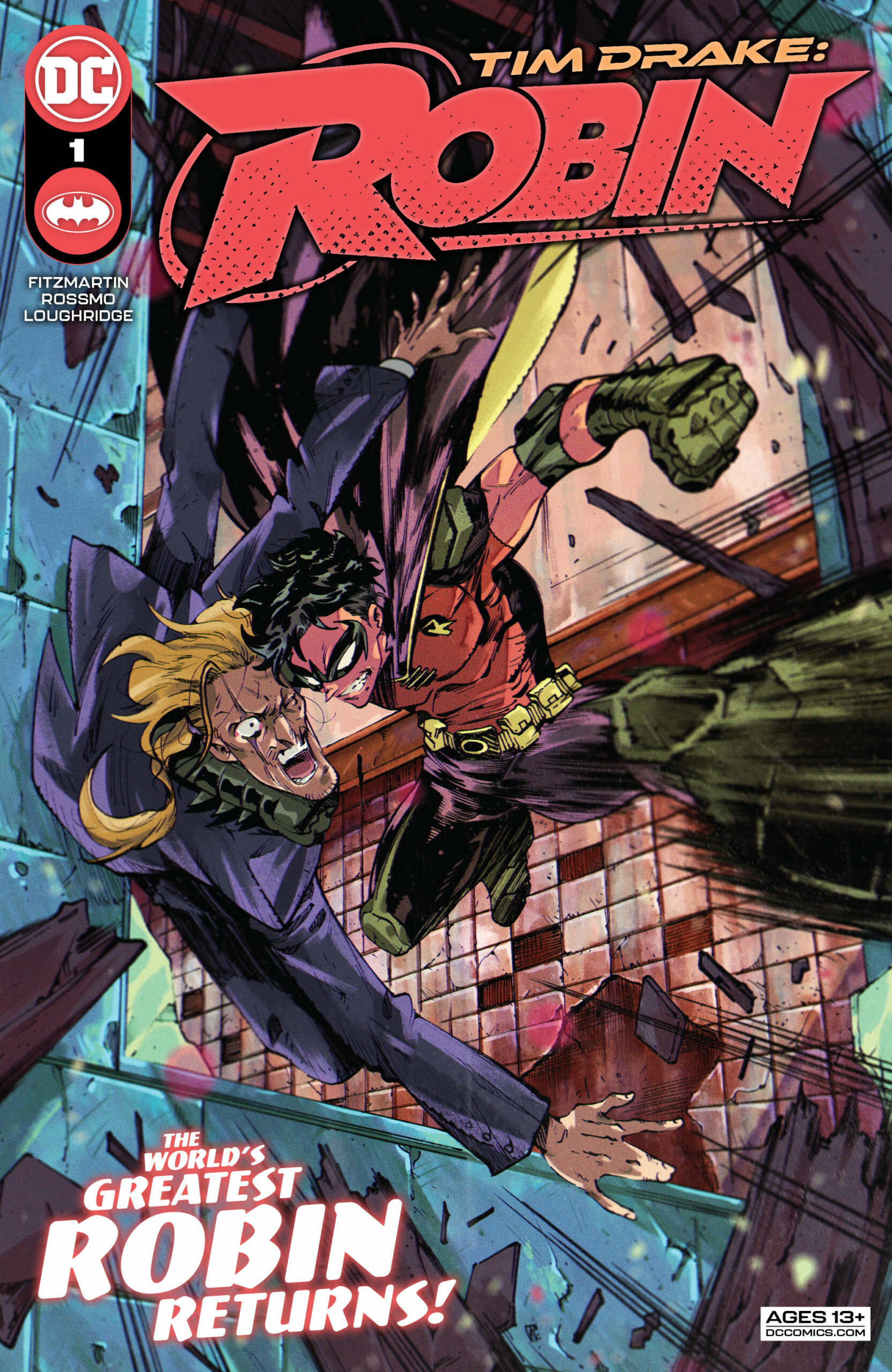 While Damian Wayne finds himself on a troubled path, the spotlight finds his predecessor who, with perfect timing, is embarking on a new stage of his life, in Tim Drake: Robin #1

Tim was always the detective Robin, and while hanging out with Batman is educational, it’s also restrictive. From the first panel of this first issue, Tim’s feeling the pressure of Batman’s gaze. Just like living with your parents, while that watchful eye can be protective and educational, it can be suffocating. Just like any young adult, at some stage, you need to move out and solve your own murder cases! 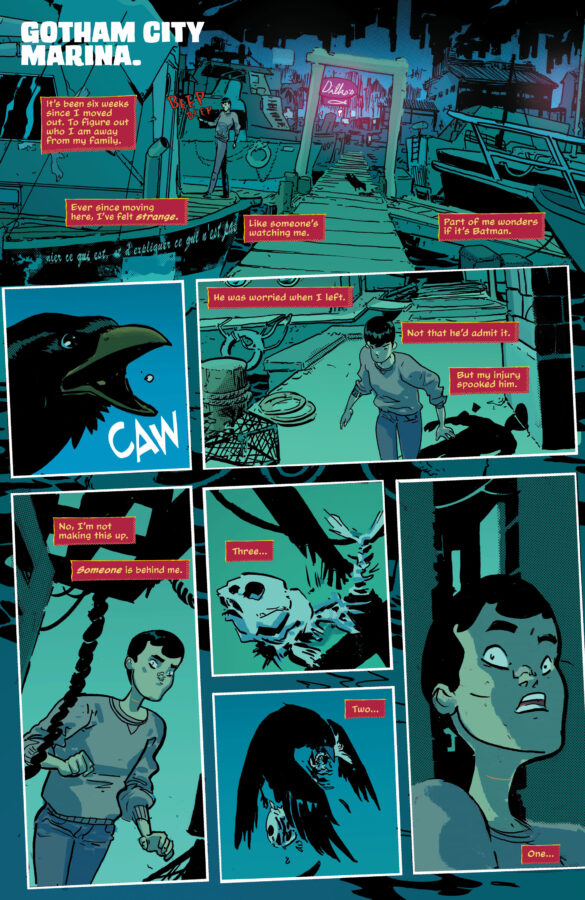 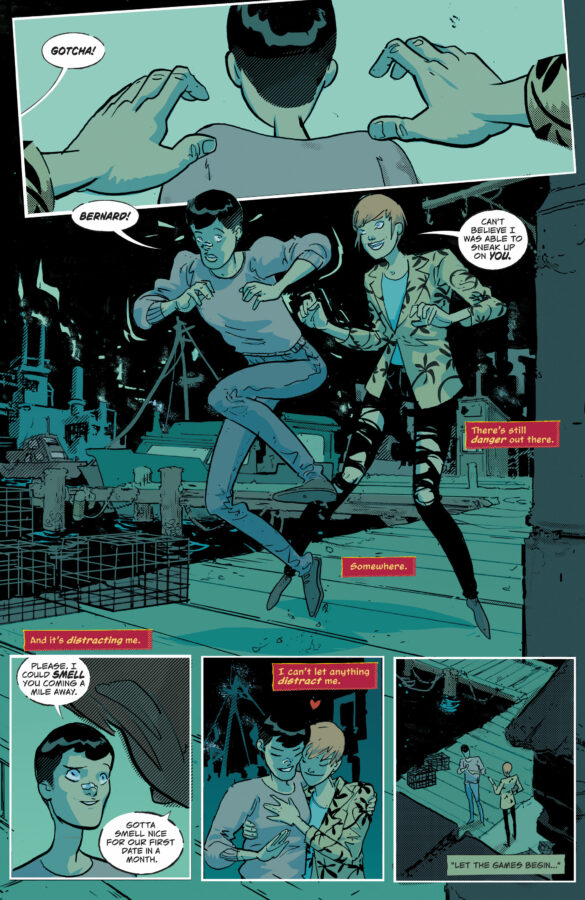 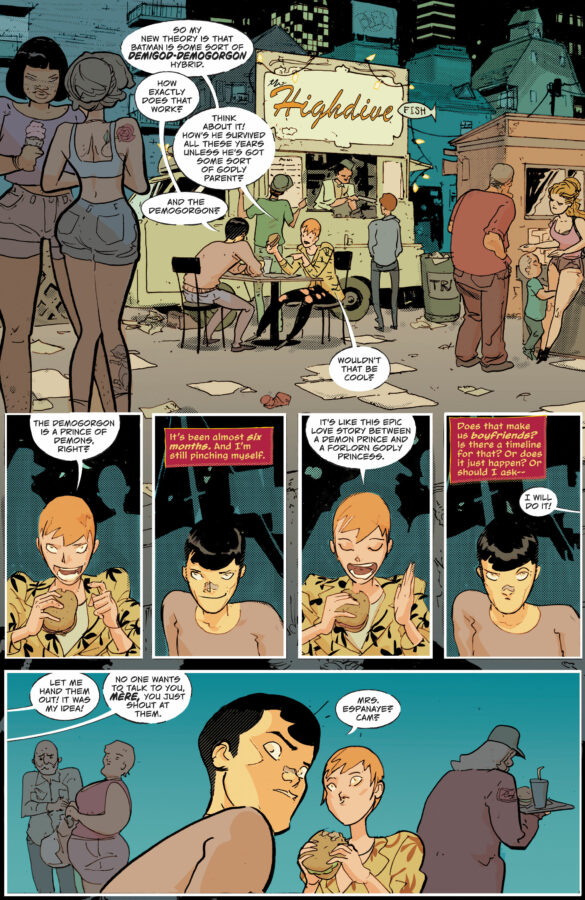 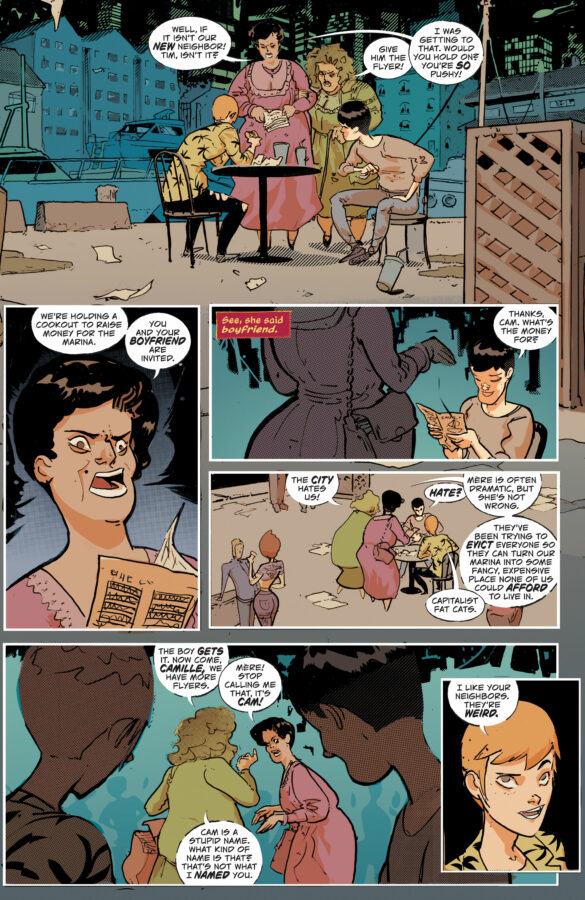 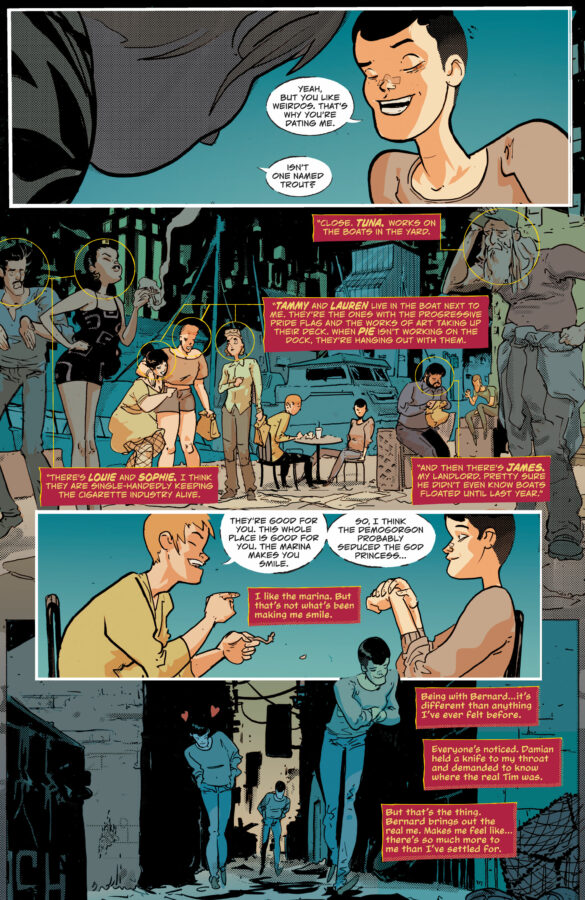 Tim’s now moved to Gotham’s marina and is living in a converted ship, which gives him a new locale that comes with its own community of characters, including his boyfriend Bernard Dowd, and Darcy Thomas, of the We Are Robin collective, who’s now calling herself Sparrow. Even a sidekick needs a sidekick. It’s not long before there’s a death in the community and Robin’s on the case.

The fact that former Harley Quinn artist Riley Rossmo is on duty here gives you a clue at the sort of energy DC’s looking for on this title, and he duly accentuates the fun rather than the darkness of the drama. There’s a cute trick of drawing attention to parts of a panel with circles, either to highlight or to show more detail – one even asks “New costume coming soon?” This also becomes a handy device for pointing out clues. It’s a playful style, but why not? Tim’s in love after all. It’s sweet to see how he talks about having to pinch himself about this new, and important relationship. 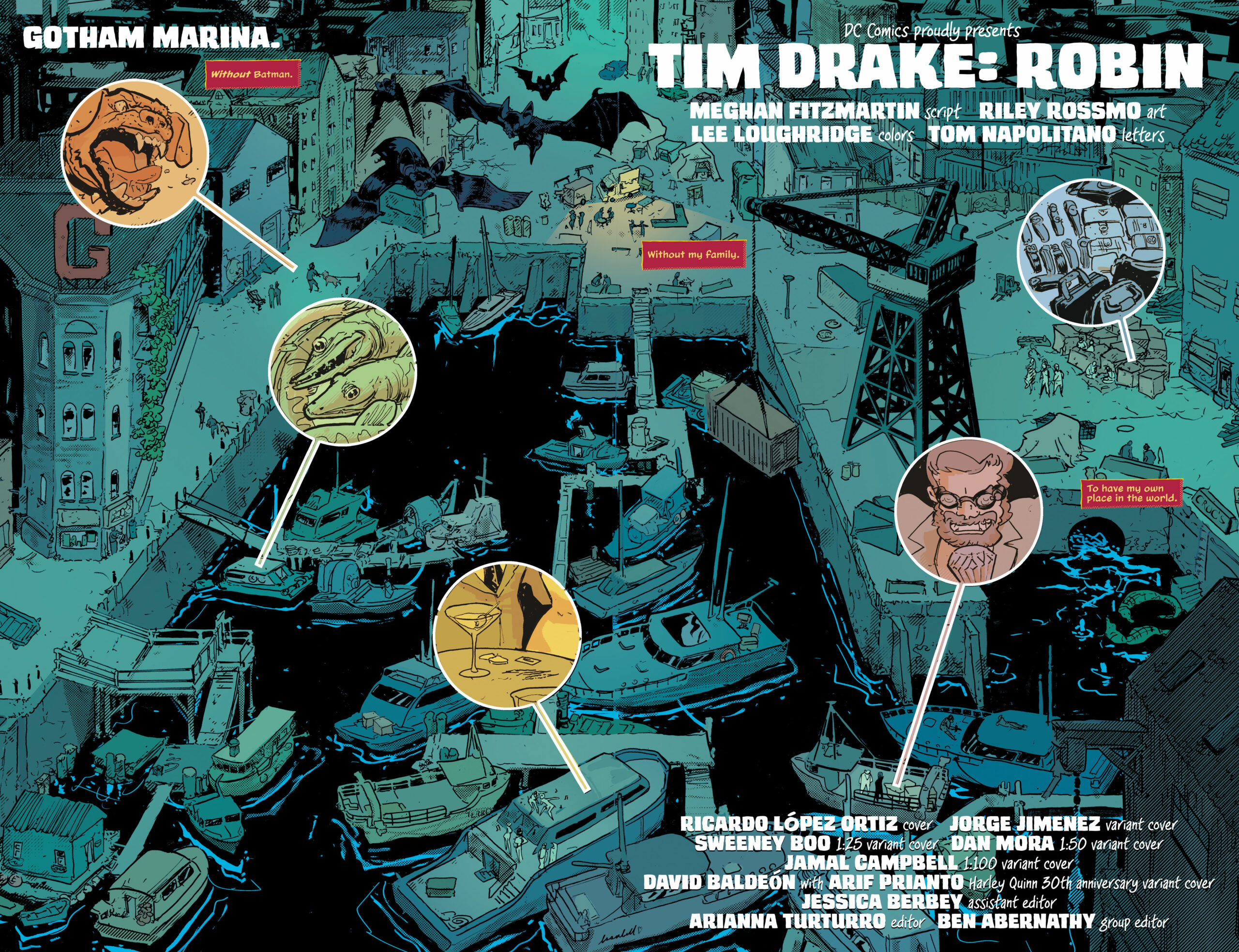 Meghan Fitzmartin has form with Tim Drake’s Robin, having written Dark Crisis: Young Justice, a DC Pride Tim Drake Special and Future State: Robin Eternal, as well as Batman: Urban Legends which features Tim’s first acceptance of his bisexuality. It’s great that she’s getting this opportunity to keep working on the character arc that she’s built for him.

Although the crime side of the story comes late, the references to Sherlock Holmes and Edgar Allen Poe show that Fitzmartin understands how important this ingredient is to the title. 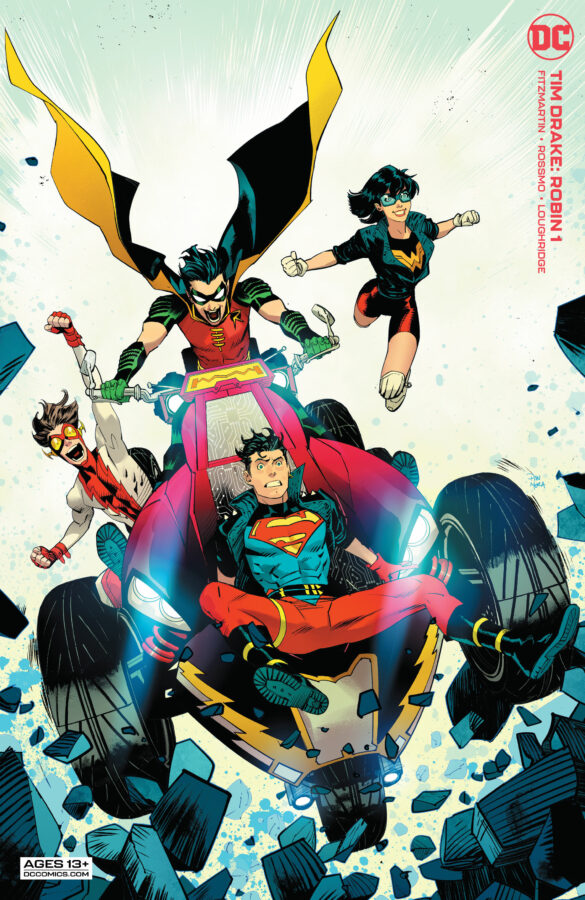 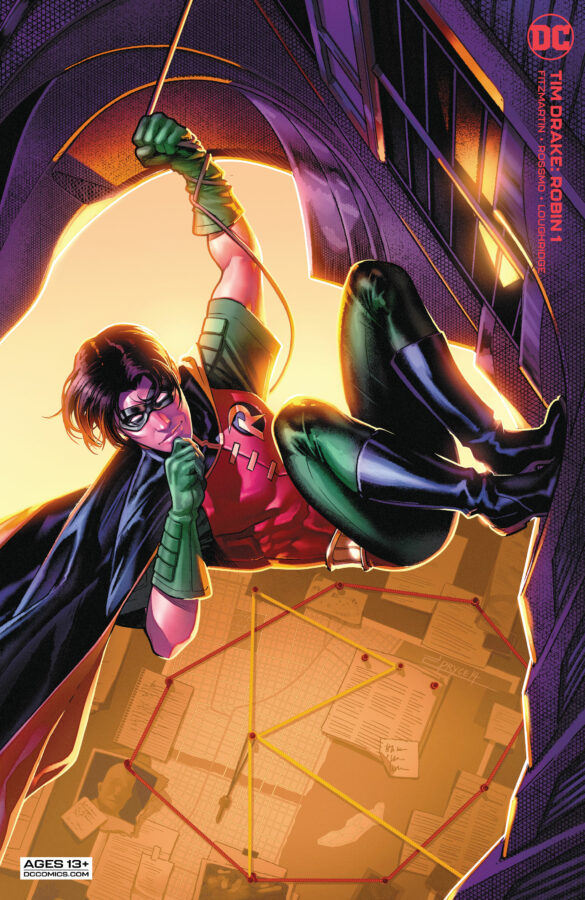 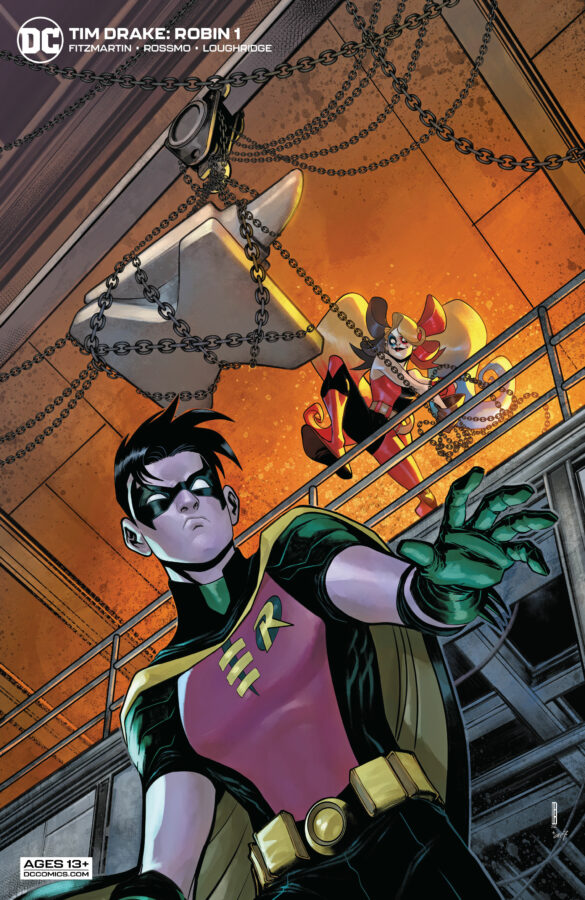 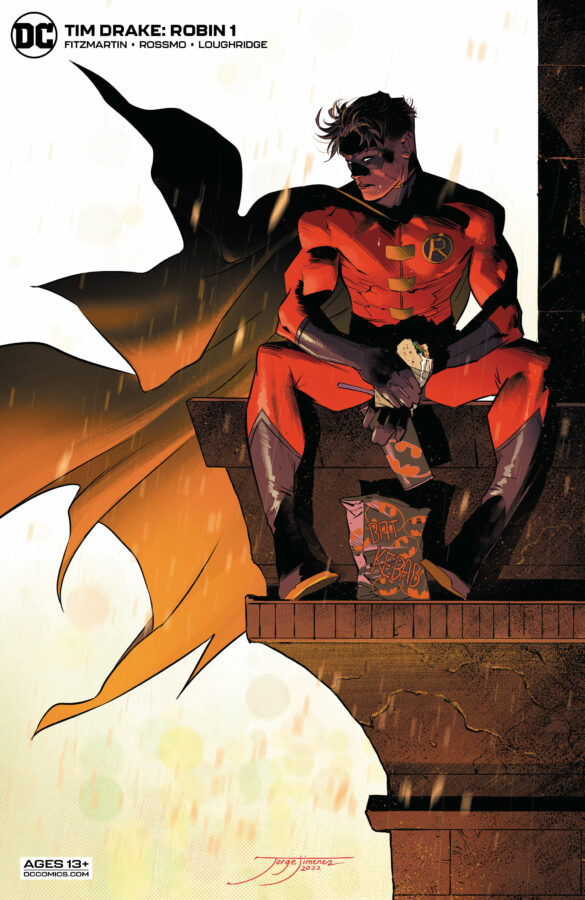 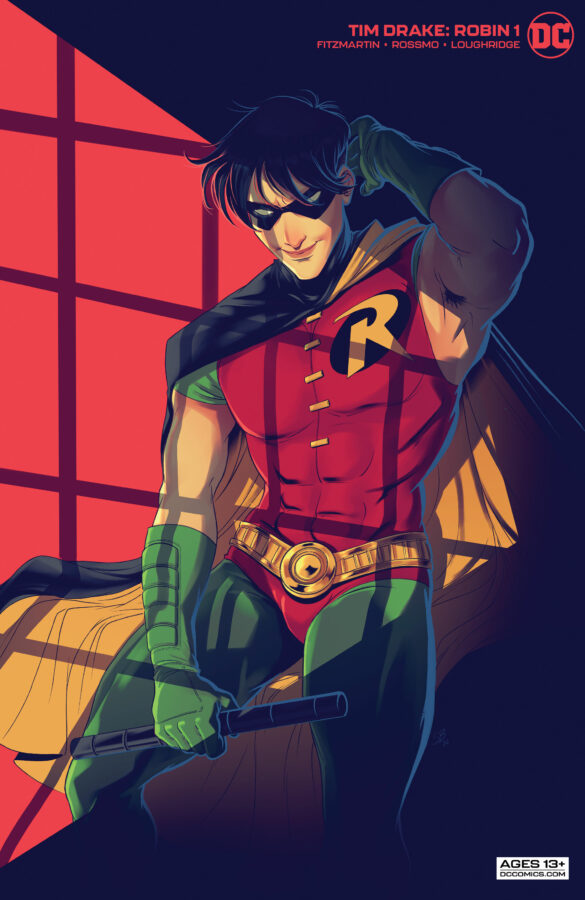 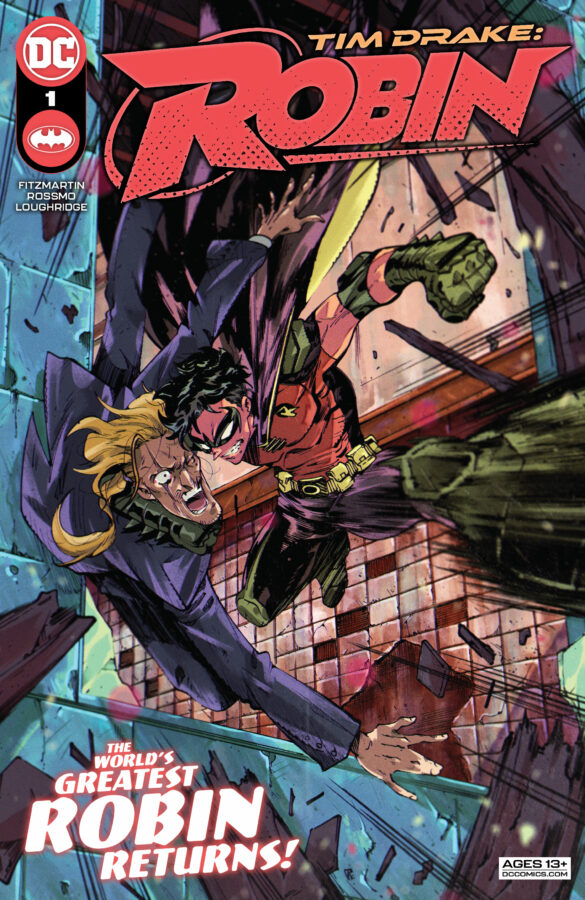 Tim Drake: Robin #1 is a comic about seeking independence, both as a superhero and as a young man. At one point Tim says:

This is my story. Not Bruce’s. Not Dick’s. Not Jason’s. Or Damian’s.

In terms of tone and character, the comic finds its feet quickly, it now just needs the chance to build on the detective element.