Fans experienced Justice League with all new and never-before-seen footage from director Zack Snyder’s original version which offered a closer look at the Knightmare reality. Entering the apocalyptic world at a mysterious timeline, the heavily armored Batman was thwarted by Parademons, while Superman had fallen to the Anti-Life Equation allying himself with the forces of Apokolips. 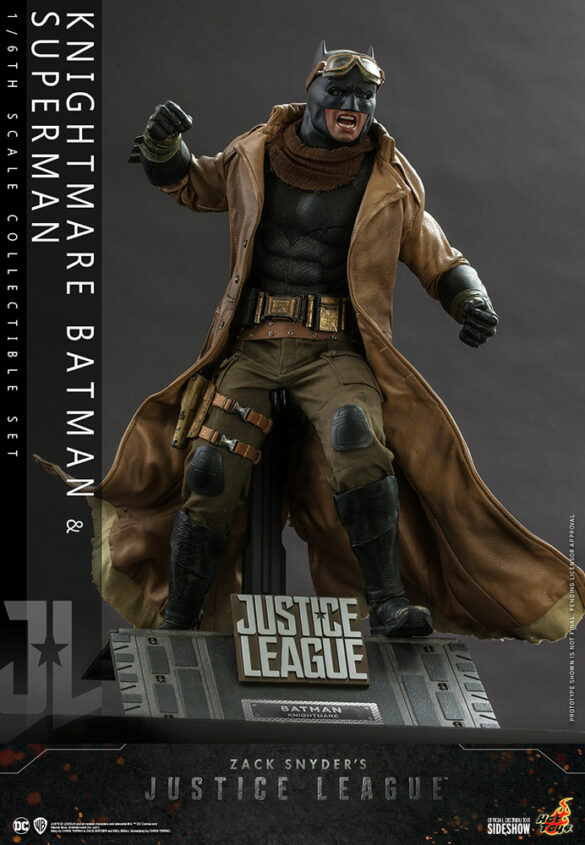 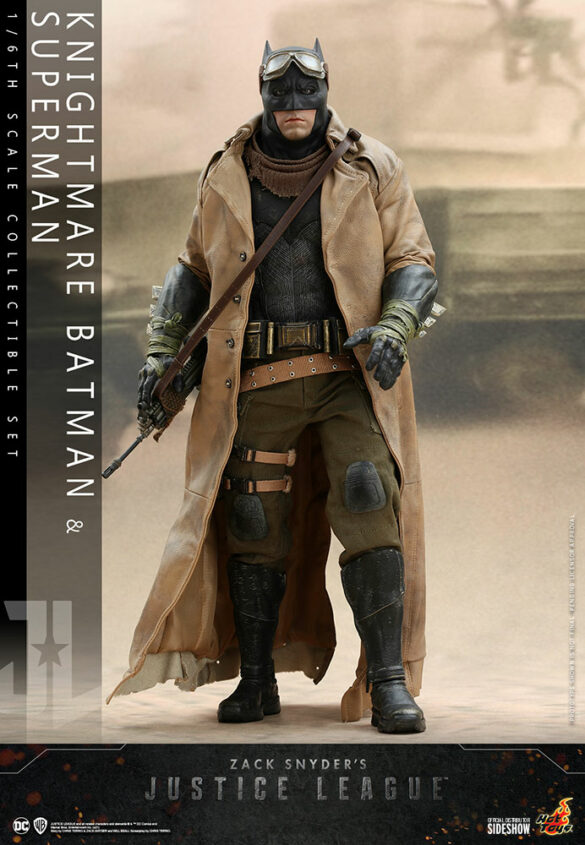 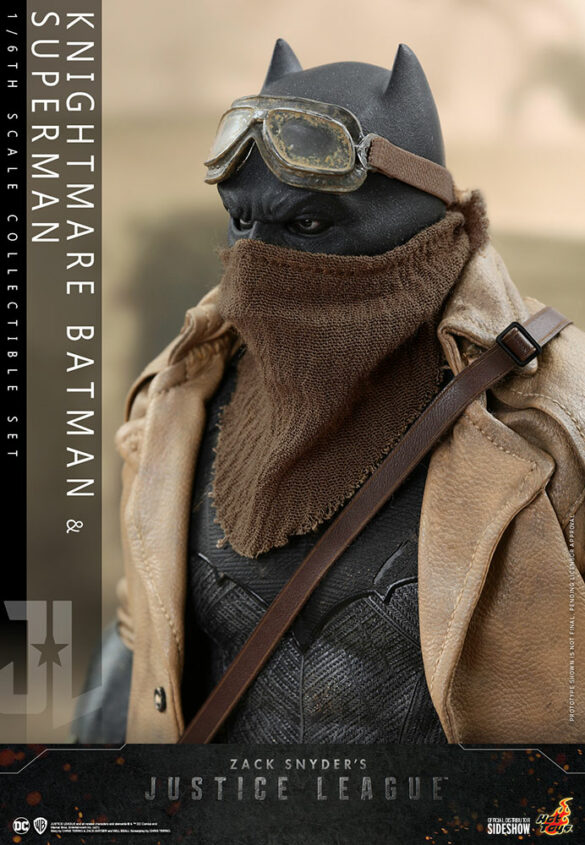 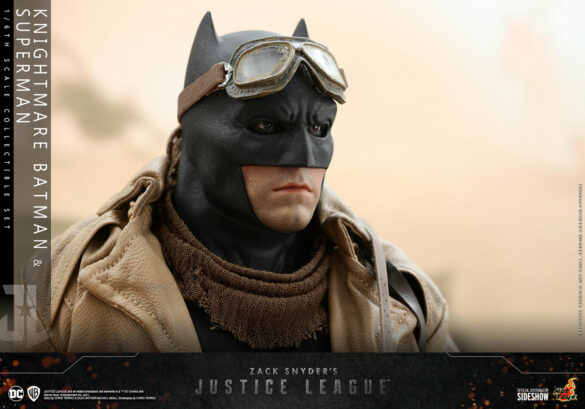 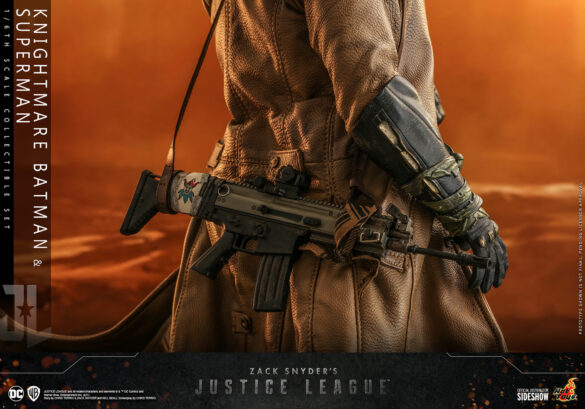 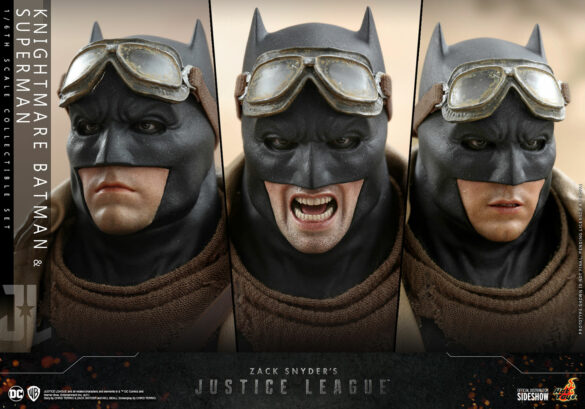 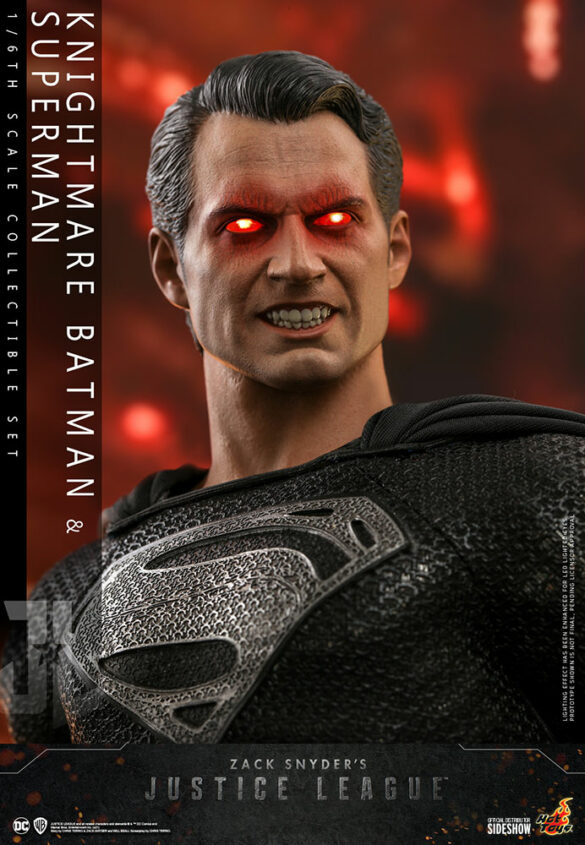 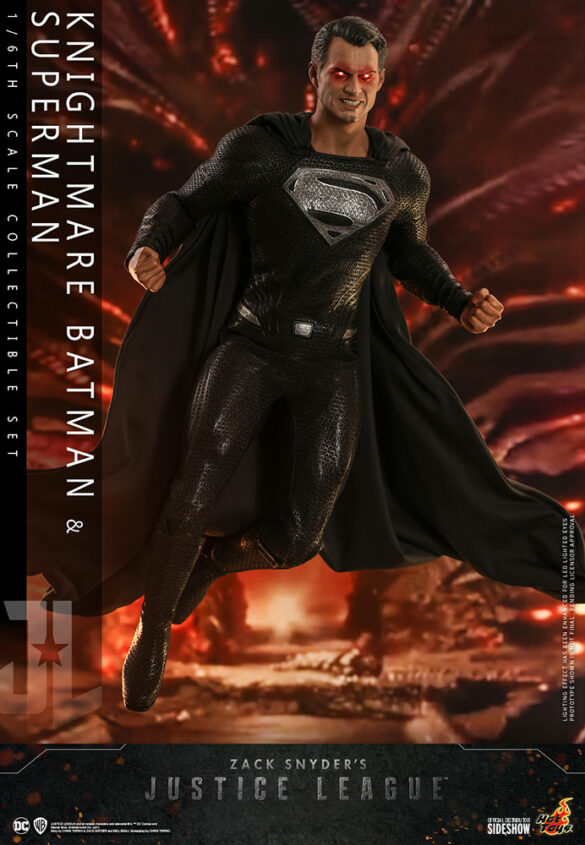 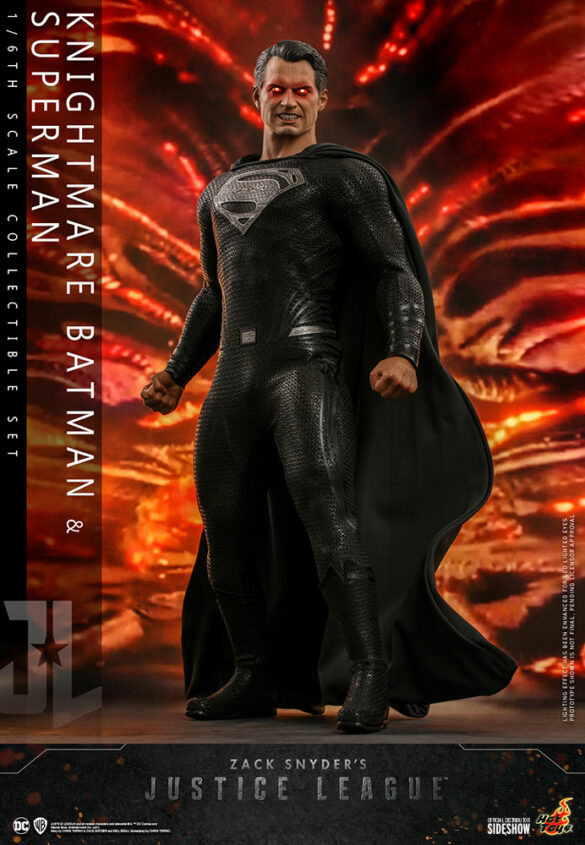 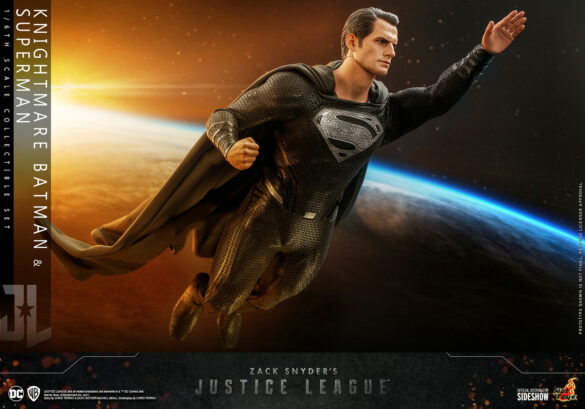 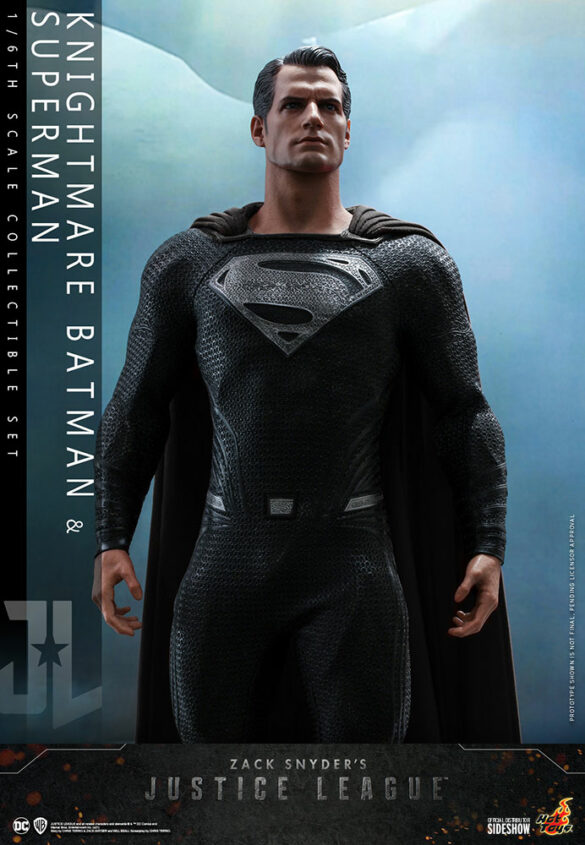 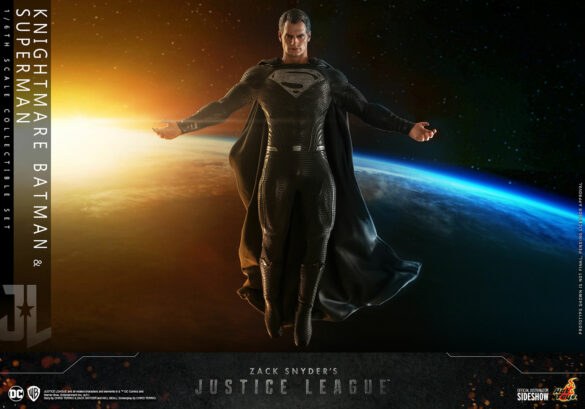 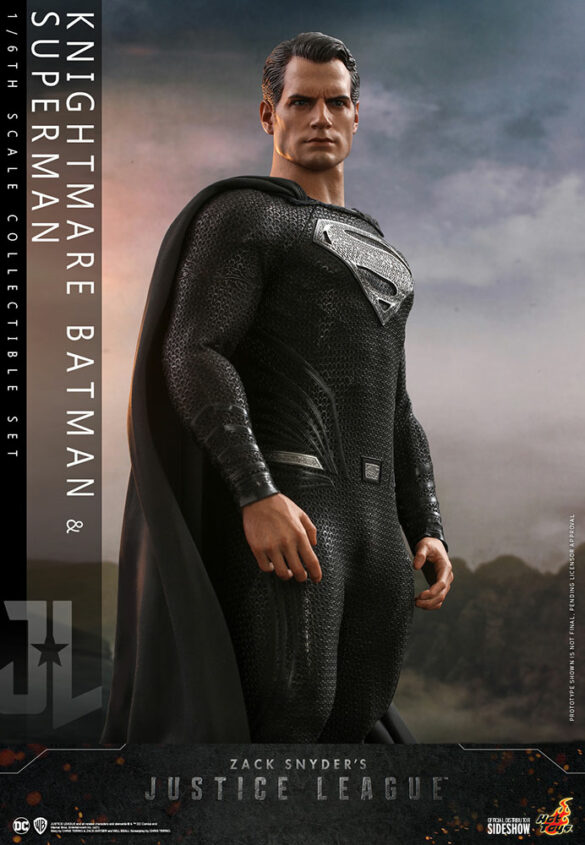 The Superman statue comes included with a newly painted head sculpt with LED light-up function recreating Superman’s use of heat vision (battery operated) and a newly painted head sculpt with authentic likeness of Henry Cavill as Superman with highly-accurate facial features with detailed wrinkles and skin texture. Also included are eight pieces of interchangeable hands including one pair of fists, one pair of relaxed hands, one pair for open hands and one pair of flying gesture hands.

As with the Batman statue, each piece of head sculpt is specially hand-painted. The Knightmare Superman measures approximately 31.5cm tall.

The Knightmare Batman and Superman set is now available to pre order from Sideshow Collectibles and is expected to ship between August 2022 and September 2022.