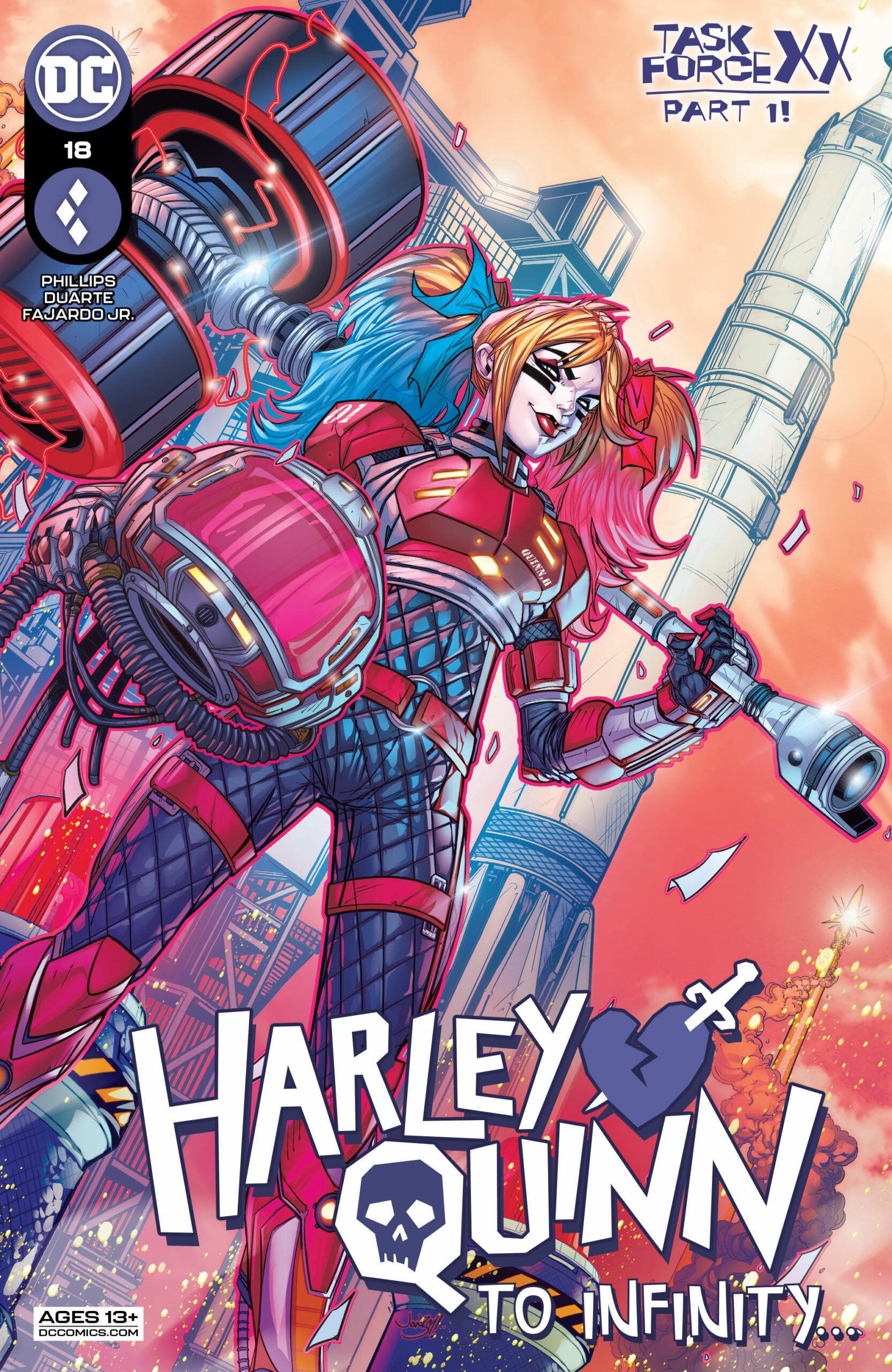 Harley Quinn #18 sees our favorite clown heroine among the stars, which is a galaxy far, far, away from where we left her after the finale of The Verdict story arc. So, let us pause a moment to take in the glory that is the main cover by Jonboy Meyers, or maybe to exquisite and nostalgia inducing homage variant cover by Ryan Sook. If these weren’t enough to tantalize you then the other two, an awesome variant cover from Derrick Chew and an anime styled one from Rose Besch might be enough to draw you in and make you spend your coins.

Let’s dive behind the covers of Harley Quinn #18. 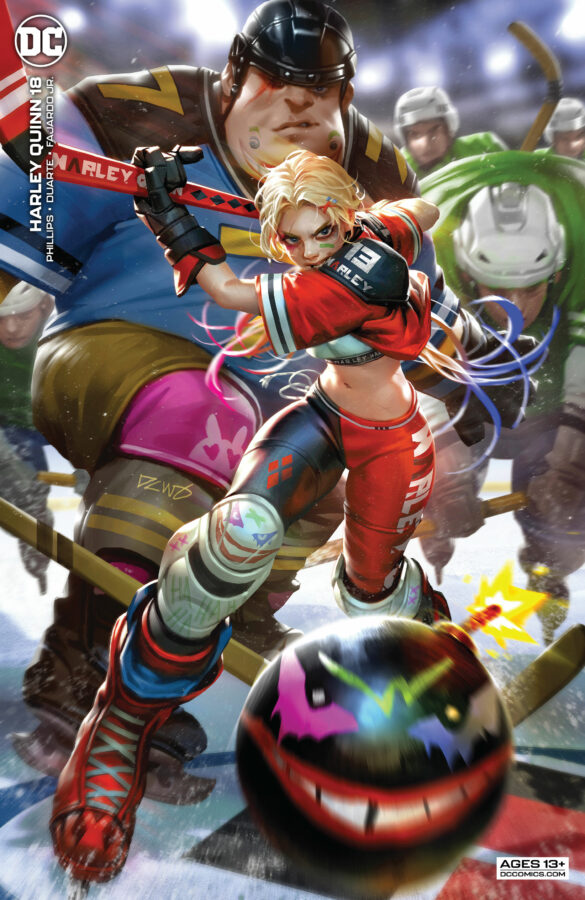 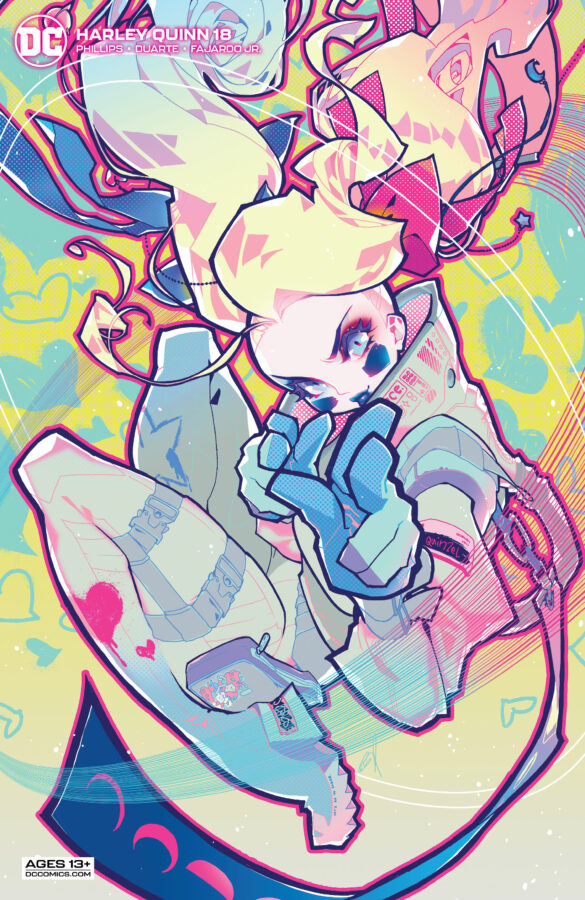 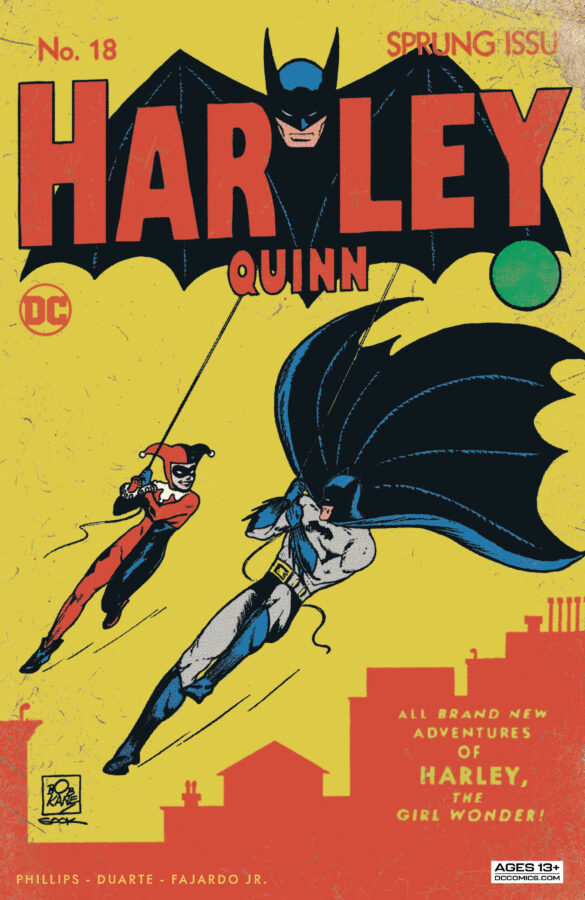 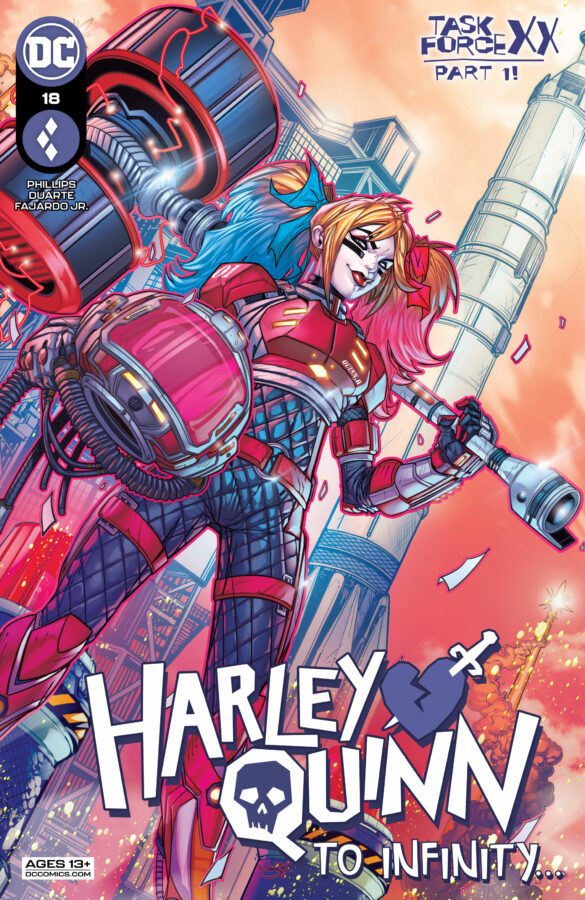 Being chased down by Killer Frost, Bronze Tiger, and Dreadbolt was probably the last thing Harley Quinn expected, however free bread-sticks are always a bonus to any situation. Sadly, Harley gets captured with a shocking knock out, waking up to find herself around even more familiar villainous faces, including one interested in finishing a fight, Sam A.K.A The Verdict. Who has called this group together? None other than Luke Fox, the former Batwing.

With the Justice League lost and remaining heroes struggling with taking up the holes left and the threat of Deathstroke, there’s a need for a new solution to another problem. Up on the moon is a base with some of the more dangerous technology. One of which is mutating and must be destroyed. With Harley signing up for the mission… is it truly to infinity and beyond?

As a step away from what we saw in last issue, Harley Quinn #18 kinda throws us for a loop. Having Sam and Harley being face to face feels a bit more than forced even if it was alluded to in the last issue. Having them work together is an almost worse trope. It’s one that almost feels like a mandala wiped away a clean slate of key points, ones that felt so pivotal to Harley’s growth that it almost cheapens them. So fat I’m not a fan but will hold off on a full opinion until this story takes fully underway. 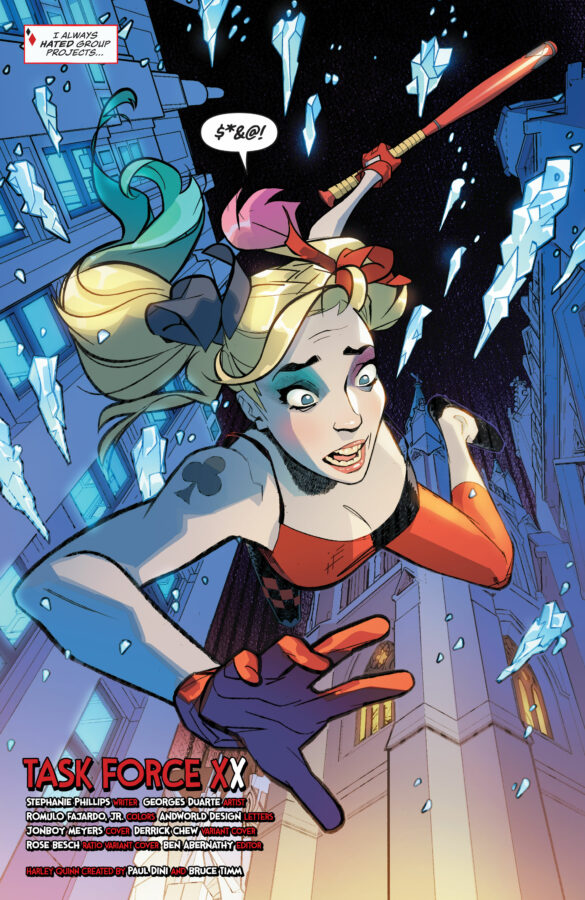 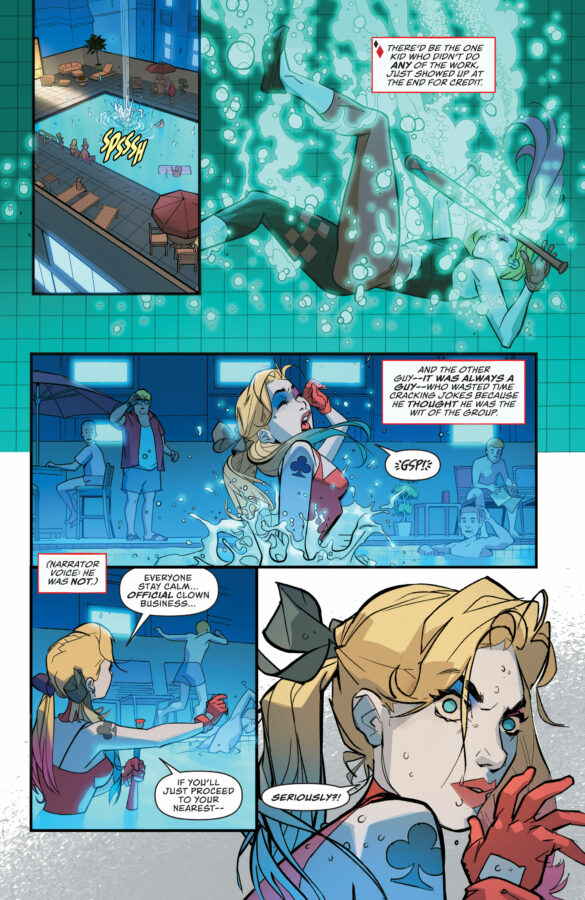 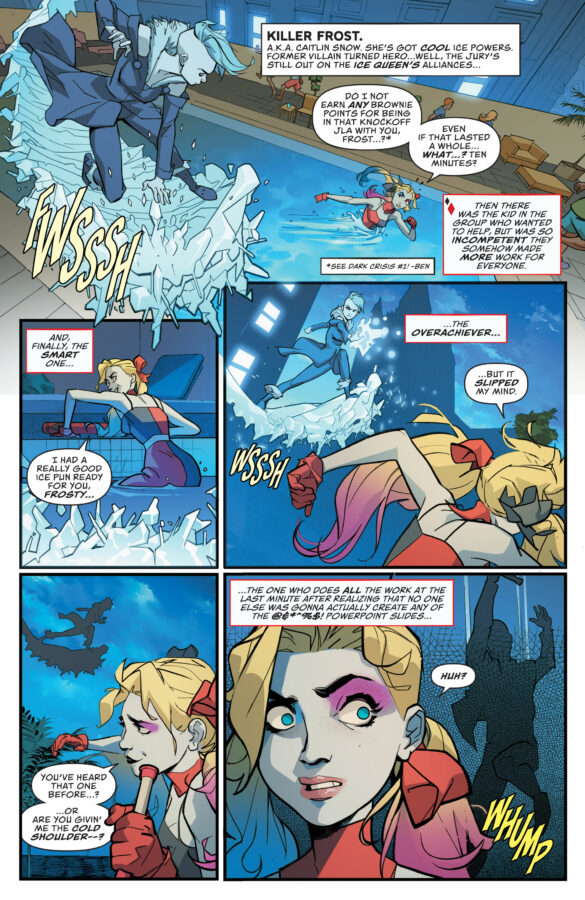 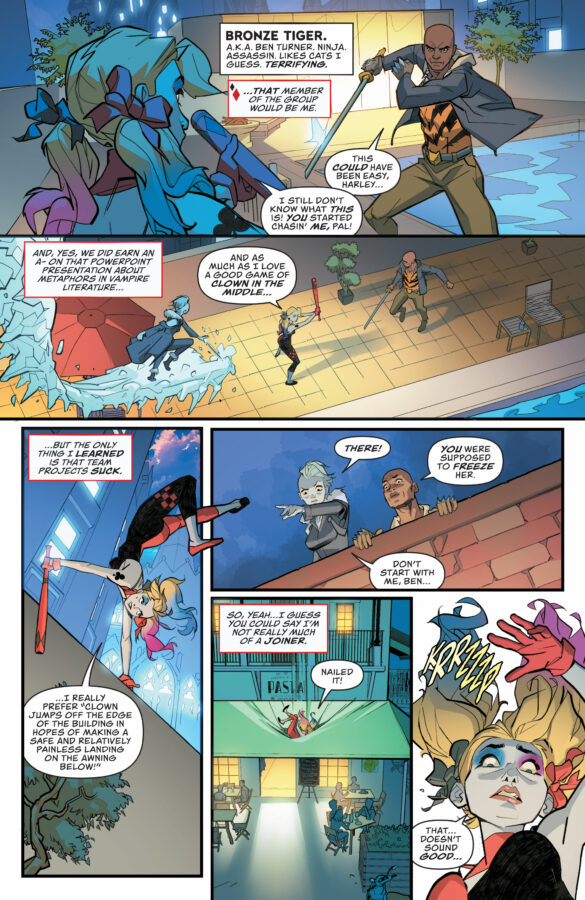 The artwork by Georges Duarte is stunning and a different vibe entirely from Riley Rossmo’s. There are however many moments of clear detail and color-work, by Romulo Fajardo Jr., that are breathtaking and genuinely wonderful to look at. I also personally enjoyed seeing Luke Fox again, as I haven’t heard a lot from Batwing recently, and he is a character I’ve missed.

Harley Quinn #18 doesn’t disappoint with the artwork and the cover selections, but we’ll have to see if there’s any turbulence now that we’ve achieved take off, or if we will be left adrift in orbit.