Sideshow collectibles have released a limited edition pewter Joker statue by Royal Selangor which is based on the artwork of the late, great Neal Adams.

As the Clown prince of Crime wages a campaign of retribution on the traitorous cabal responsible for his capture, Batman falls into the unhinged villain’s clutches. How will Batman get out of this one? Will the Joker prevail? 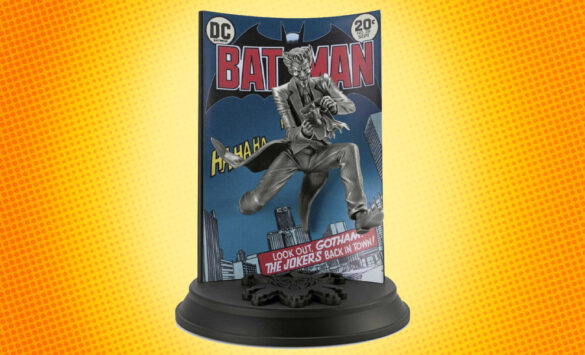 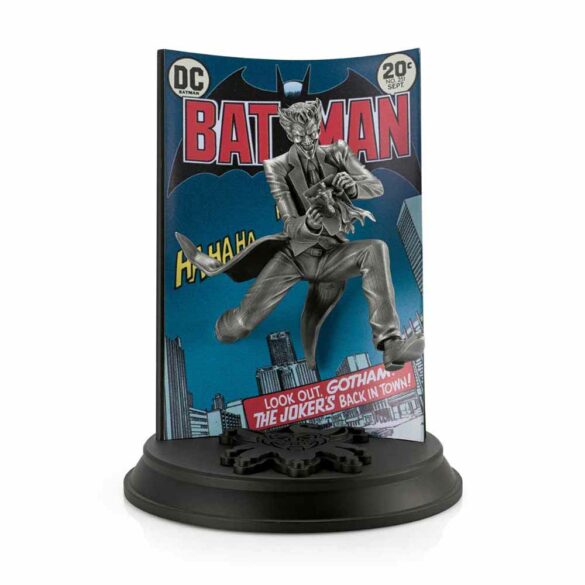 Illustrator Alan Quah and sculptor Mufizal Mokhtar’s impactful interpretation sees a menacing pewter Joker looming out of Neal Adams’ dramatic 1973 cover art, with Batman seemingly helpless. I really love the look of this statue, especially the way The Joker appears to be popping out of the pages of the comic book.

As well as the silver pewter, a gilt edition of this statue is also available, which is gold against a black and white replica of Adams’ cover. Illustrator Alan Quah and sculptor Mufizal Mokhtar’s take on the unhinged villain is made more dramatic by 24K gilding. 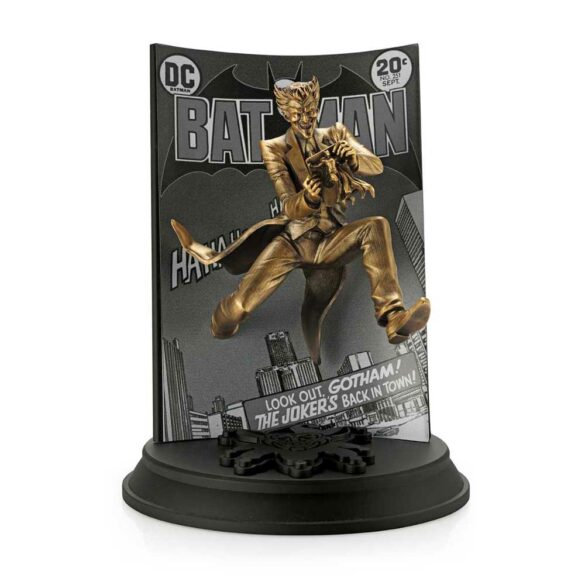 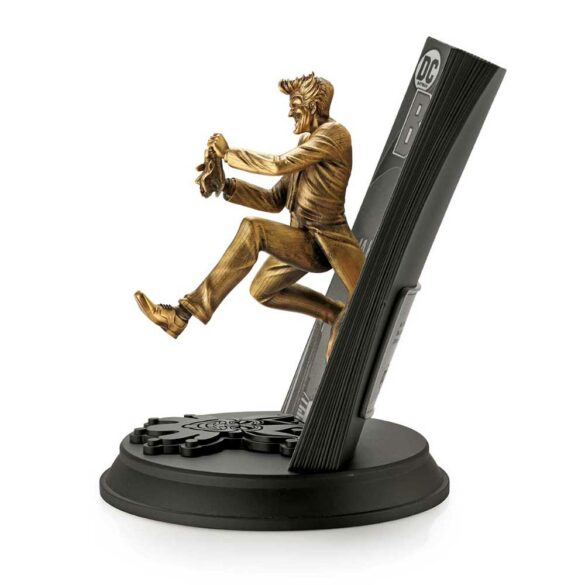 I love both of these statues but if I’m being completely honest, I prefer the gilt edition to the silver pewter, as I personally prefer the black and white cover to the colored one. I think the black and white gives the statue a classier look. This is just my personal opinion though, and I’m sure may people will feel quite differently.

The pewter (silver) is limited to 800 individually numbered pieces worldwide. The gilt edition is limited to only 200 pieces and is low on stock, so you’d better be quick if you want it! The pewter Joker (silver) is priced at $580 and the gilt edition Joker is priced at $875. Both statues are now available to pre order from Sideshow Collectibles and are expected to ship between September 2022 and October 2022.

Don’t miss your chance to add these statues to your DC Comics collection today!