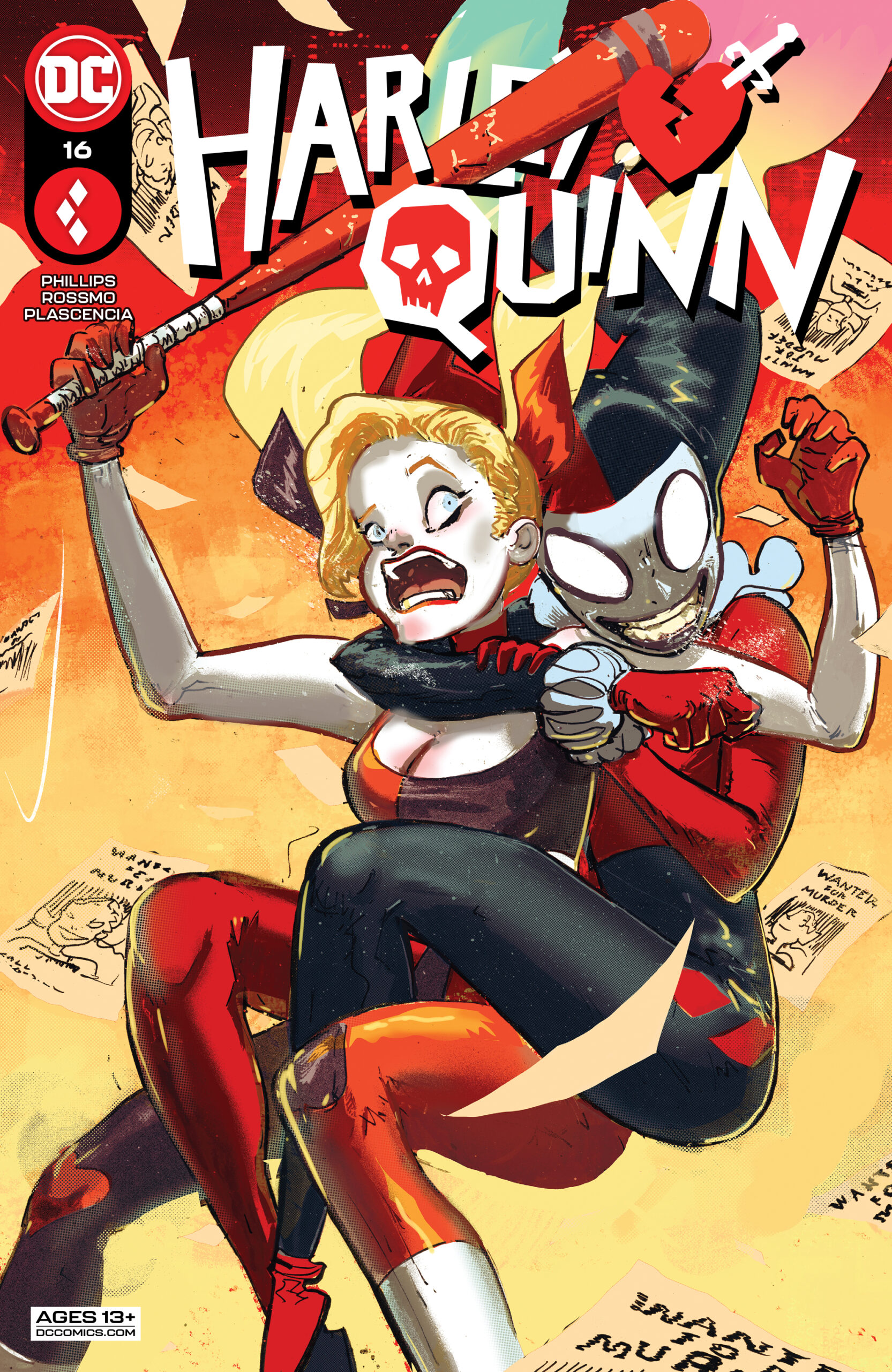 Harley Quinn #16 is out and with it come some much needed answers. If you aren’t up to date with the story, dear readers, avert your eyes. Consider that the best spoiler alert I could give to you because in “The Verdict”- Part Four, we are going IN.

Before going into the story though, let’s take the time deserved to break down each of the first thing our eyes are drawn to, the covers. 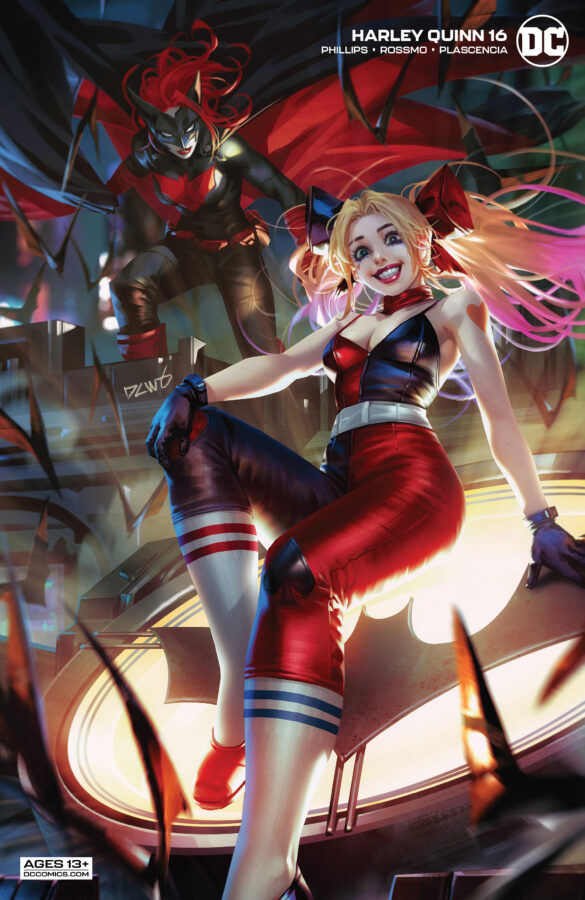 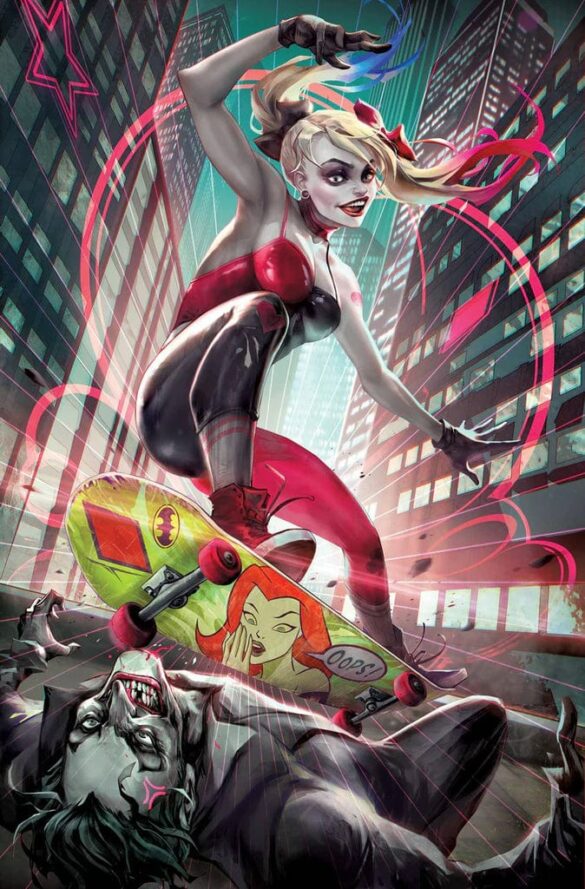 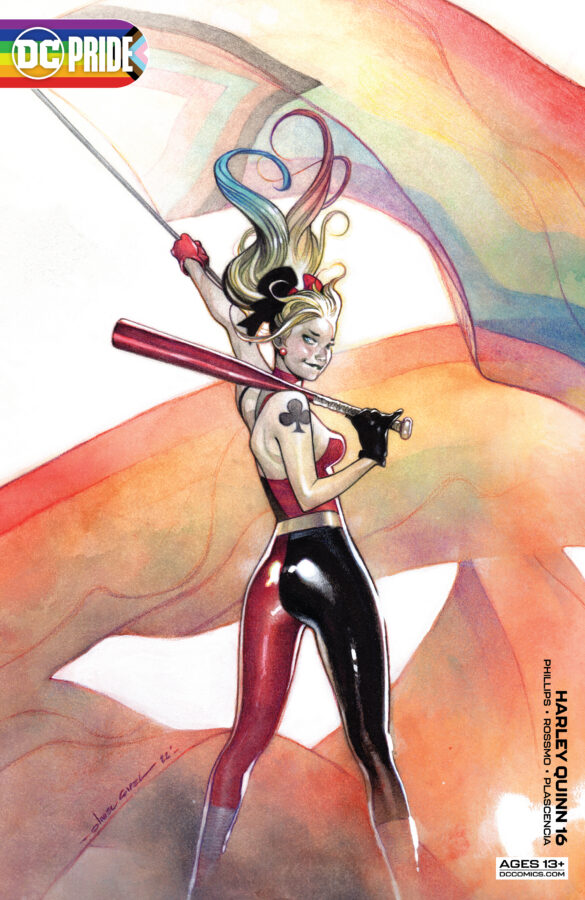 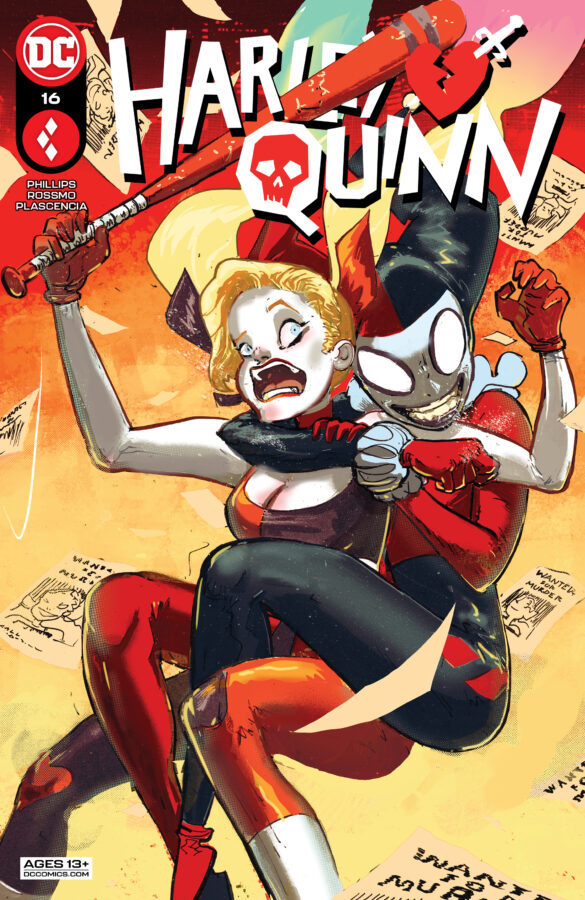 There are four cover options to choose from, with Harley Quinn #16, and picking just one is hard. First we get the standard beautiful covers from both Riley Rossmo and Derrick Chew. The Ratio Variant cover this time is by Ivan Tao and it has so many amazing little details, the skateboard being the best thing ever to me. If we’re talking beautiful covers, ones for collections, then the Olivier Coipel Pride Variant cover takes the cake, all day.

The 90s Were A Fever Dream

A new player, Verdict, recently entered the arena of Gotham, parading about as Harley Quinn. Committing murders, and causing chaos all in the guise of our Harlequin of Crime’s name. With our dear Quinn working her tuckus off in order to make her name for the side of good, obviously being framed and thrown in Blackgate was a bit of a shake up and set back. At the end of Harley Quinn #15, readers saw who has been behind the mask the whole time, Sam.

What Harley Quinn #16 gives is Sam’s POV as to why she chose to take up the vendetta against Harley Quinn. What could have caused a cop to fall so far into the dark side of the law. To take things into her own hands? Worse what does this mean for Kevin… and how will Harley answer a challenge of her character from before she saw the pretty lights? 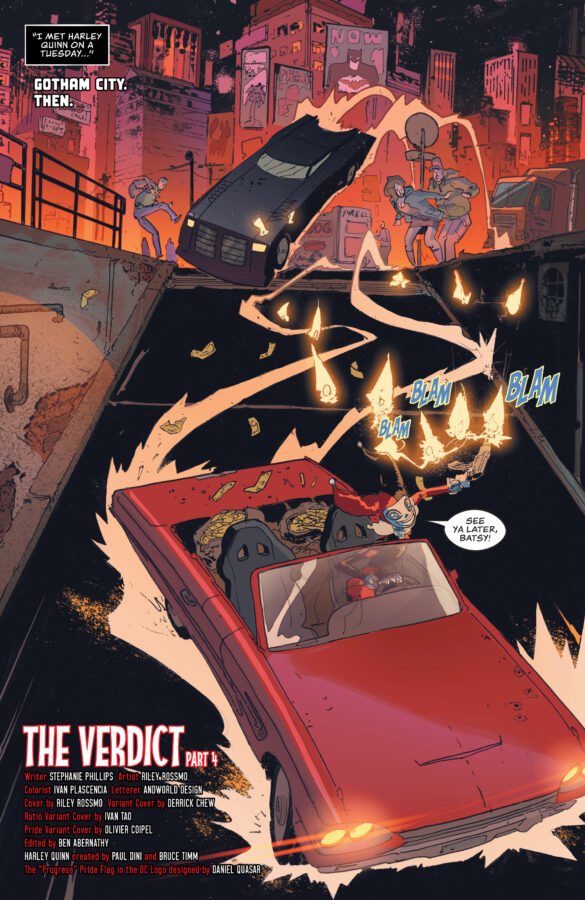 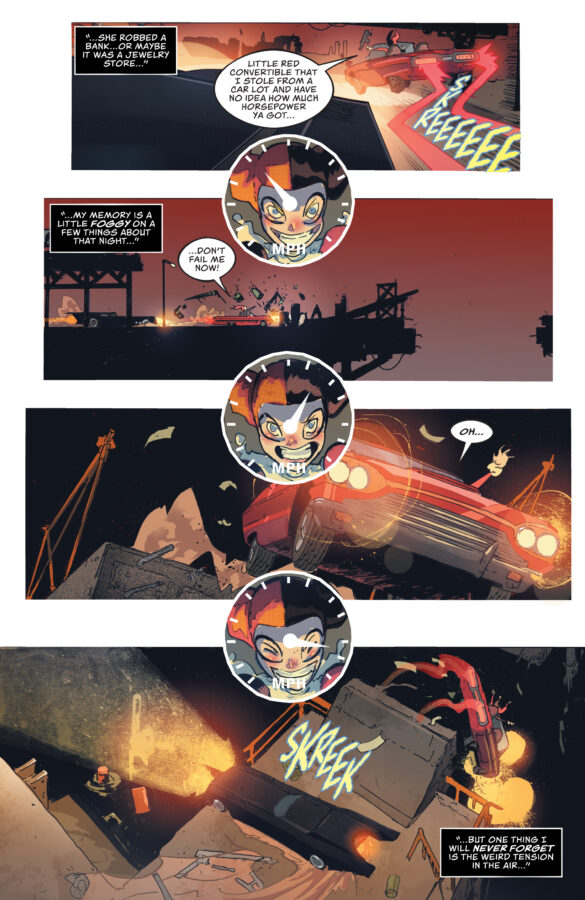 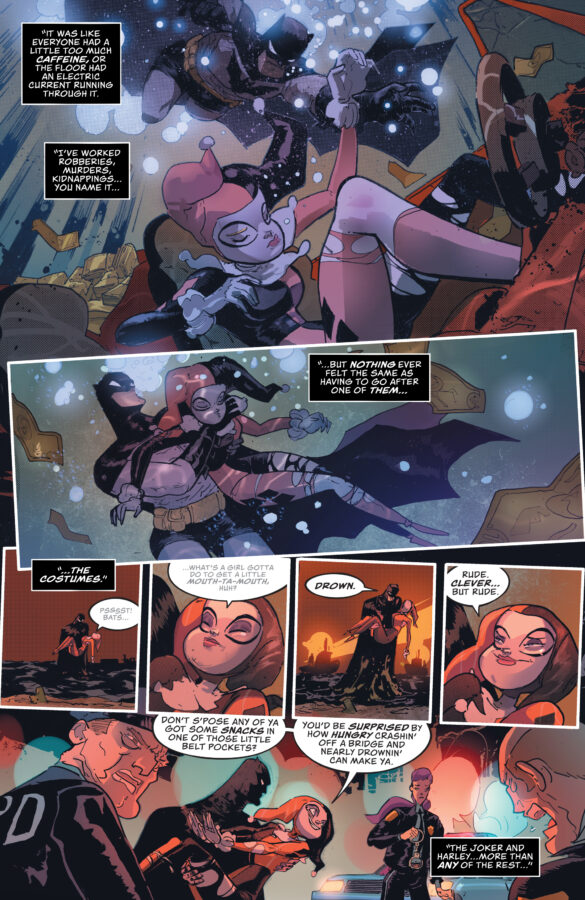 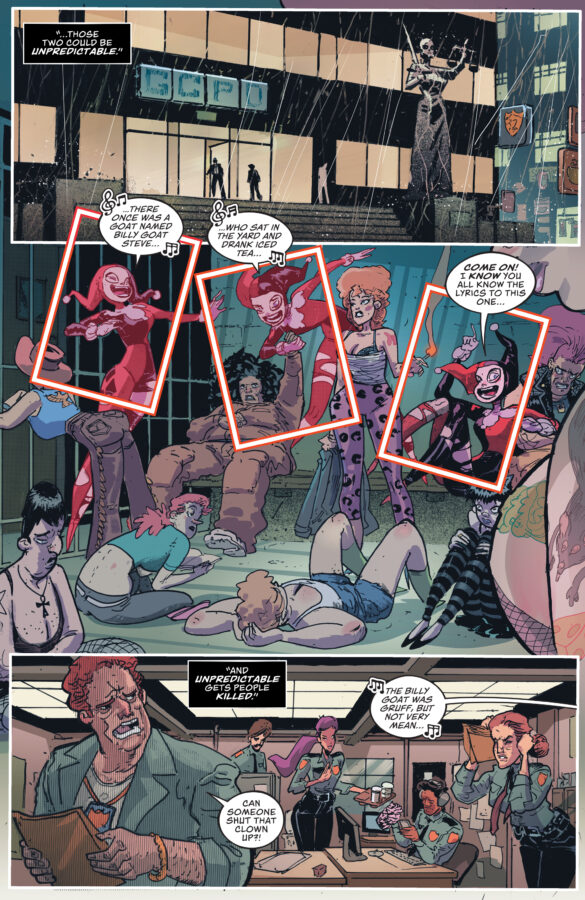 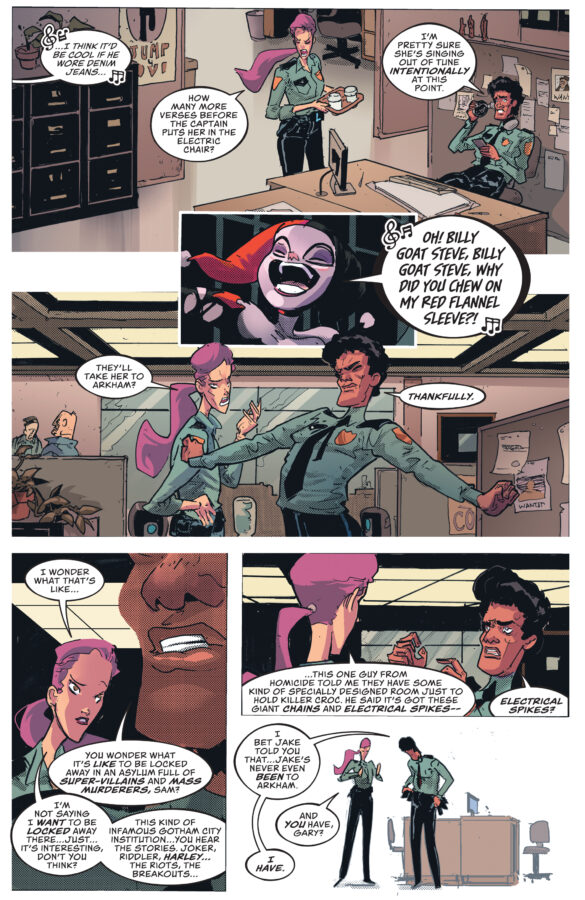 Something In The Way She Moves

This creative team continues to consistently bring their A-game to the series. With this issue, we could have gotten a typical path to follow, but Stephanie Phillips has given Sam a voice that echoes loudly. What do you do when something has been done with such injustice? What do you stand for? What would your choices be? Stephanie, Riley, Ivan, and AndWorld Design show us all that with flair.

With the finale in sight, I for one sit on pins and needles awaiting, no pun intended, the verdict for Harley Quinn, especially what this means for one of the most important relationships that Harley has cultivated in this series. Harley Quinn #16 is truly a recommended read, and I will see you guys next time!