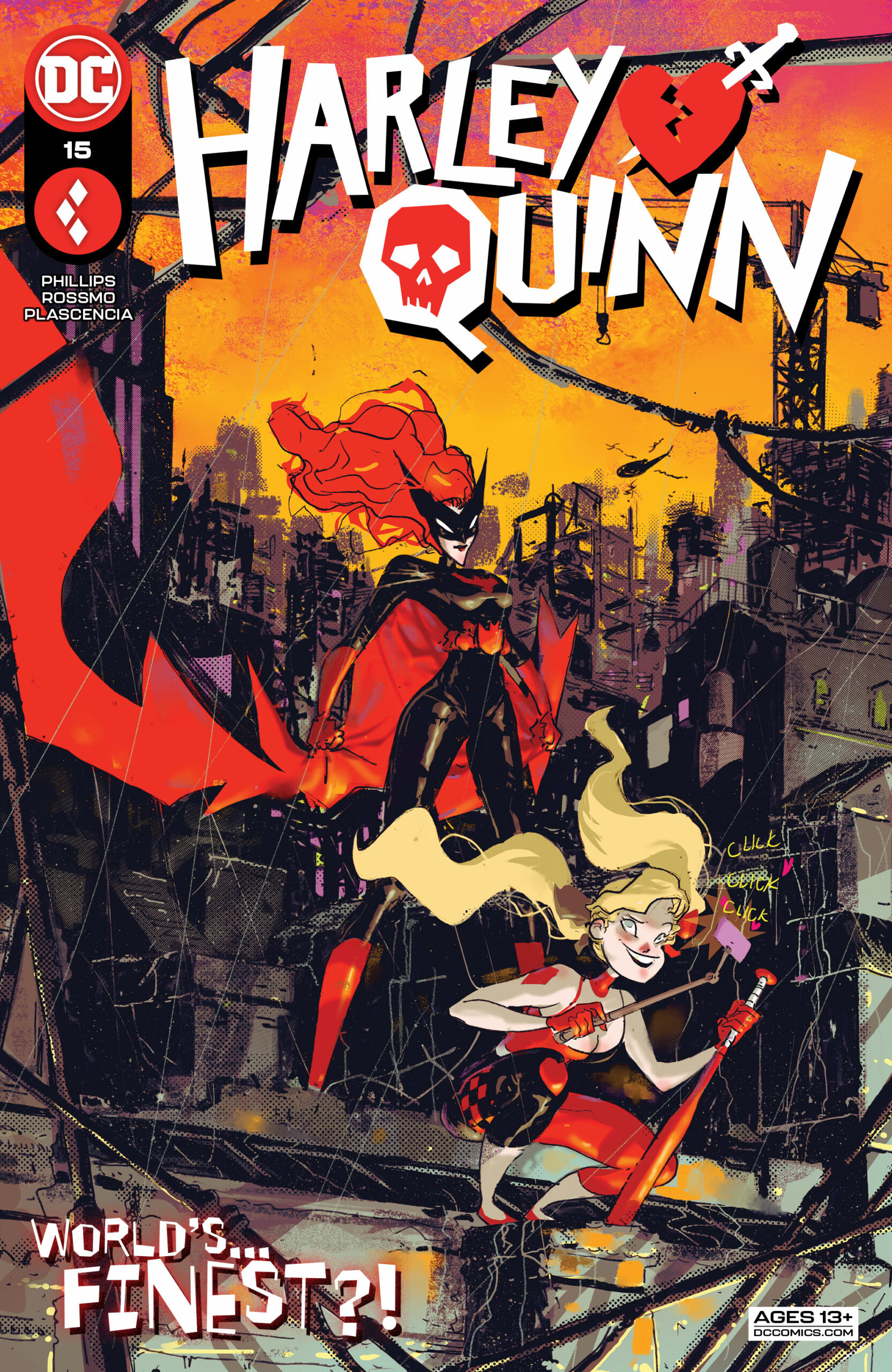 Harley Quinn #15 has graced readers with its presence and while there are some amazing moments… I will pause and we will get there.

When last we left our fearless and misidentified felon, Batwoman had dropped in and rescued our clown maiden from the den of Blackgate.  Batwoman has a different idea of who’s behind the murders and, with Harley at her side, it promises to be an entertaining investigation.

Starting with an officer’s curiosity about a closed case, we set our scene with an unexpected ally for Harley. Meanwhile, she’s gone in completely incognito as… Steve Martin? Just a typical, normal, guy ordering some grub at the local fast food joint. Batwoman tries to plan with Harley about a heist of the GCPD evidence locker, Harls insists that in order for a heist to be proper there MUST be a monkey. Batwoman tells Harley she isn’t coming…but like…she can’t be serious, right?

A pointed clue leads the way to victory and a team up but will The Verdict make it that easy…and will their face be something that could change everything for Harley Quinn?

For those who have followed Harley’s tail from the beginning of this arc, you know. Our collective suspicions are confirmed as in this issue we finally meet The Verdict face to face. Granted, it’s after an absolute moment of desperation, but Stephanie Phillips hasn’t tried to hide the identity from readers. The real question that’s brought up that rises above all the others is why? What could the possible reason for this searing hatred be?

Harley Quinn #15 gives us queries and shock value as things swirl the drain but above that is the art. For a moment let us focus on Riley Rossmo, Derrick Chew, and Kamome Shirahama’s astounding covers. Riley and Derrick floor with their usual offerings for the main and the variant covers. For my money, though, the Retro Variant cover by Kamome is the steal. The jaw-dropping line-work’s only slightly surpassed by the color choices. Regardless is a sensational piece of artwork.

Many questions remain as it feels like the arc of The Verdict is coming to a head. This issue gives us our first meeting with the main villain and Harley coming to terms with the masks she’s been both forced to, and willingly, worn. I look forward to seeing where things are headed for those that are involved and what all this means for Harley and her friends.