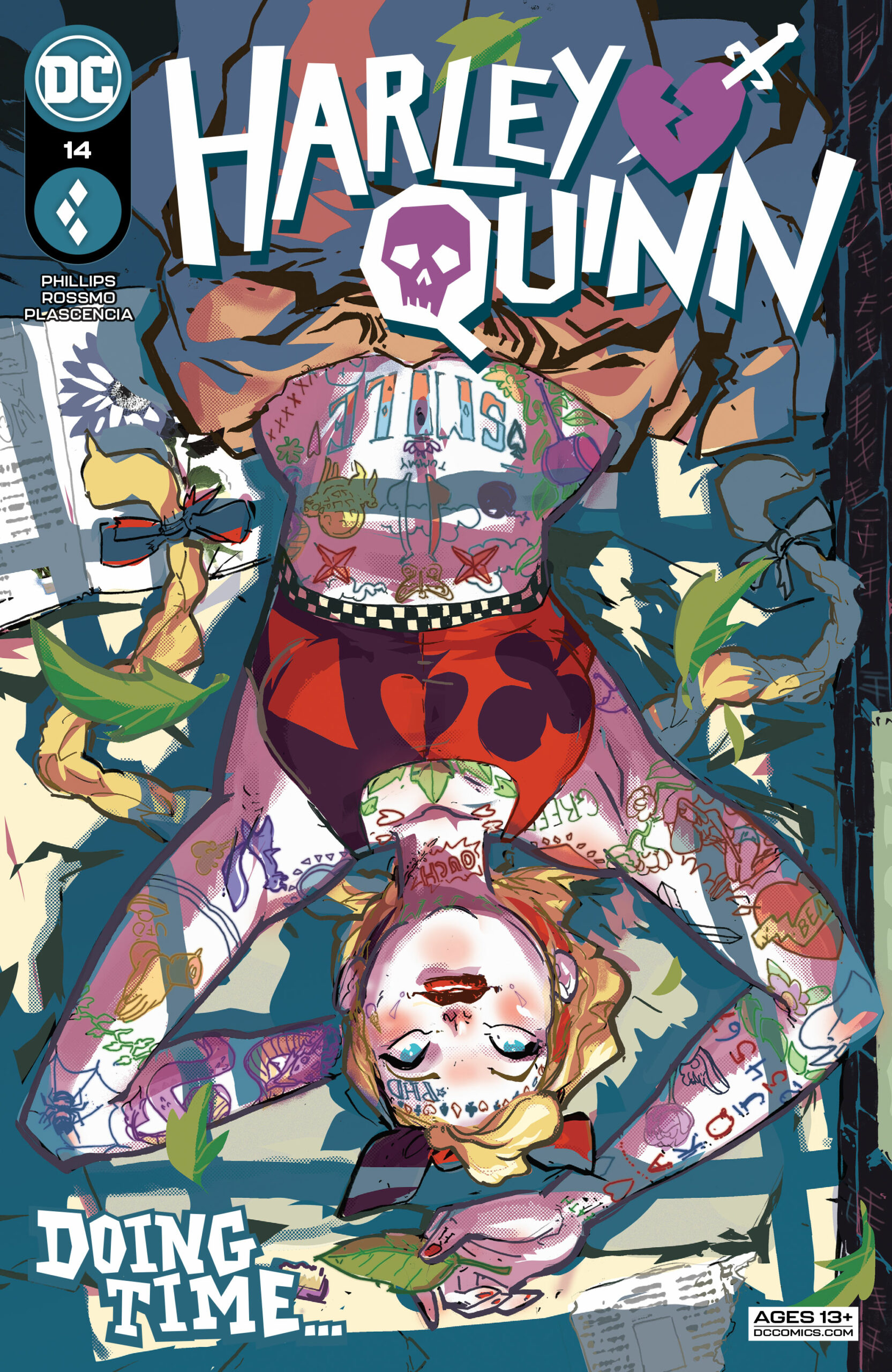 Harley Quinn #14 gives us what just may be huge connecting plot points, plus some pretty cool cameos that I’m supremely excited about! This story arc has shown some really personal shots being aimed at Harley, and Verdict isn’t showing any mercy.

While the previous chapter highlighted what I believed to be Harley Quinn’s weakness, I have to admit that I was wrong. The surface had only been scratched and that’s proven beyond a shadow of a doubt in this issue.

Being imprisoned at Blackgate has already been checked off Harley’s to-do list several times already, but this time around things are a bit different… this time she actually is innocent! The experience is a bit different when you don’t actually belong to the club and the other inmates are quick to remind poor Harley of that too.

On the other side of the story, Batwoman’s piecing together her own evidence when the crime matches up to the pattern of Harley’s supposed spree. The question is, how can that be when Harley’s crime files have been closed and Harls in Blackgate? There’s also the curious state of Sam, Kevin’s girlfriend. The lady’s acting dodgy and is strangely OVERLY on the side of all the evidence stacked against Harley…

If I Had A Million Dollars

What Stephanie Phillips gives readers with this arc is more than just brought to life by Riley Rossmo’s stunning artwork. Genuinely this issue hits the heart. While there are great moments of humor, including the scene where Harley runs through hitting someone in her mind while in line in the mess hall, there are moments of intense pain.

One of the core ideals of this series has been showing Harley trying to build herself as her own type of hero, doing the best she can for the city of Gotham in her own ways; whether through robbing food from restaurants at the end of the day for food pantries or by leading a self-help group for those wronged by villainous life. Everyone may doubt her and her intentions, regardless of side, but when it’s your best friend that kind of betrayal hits differently. The way this is shown transcends comics, you literally feel the switch as Harley’s joy turns to utter disbelief and hurt.

While I have my thoughts on just where the story is going and a few of what the next reveal will be, Harley Quinn #14 was full of little amazing surprises. The covers by Derrick Chew, Riley Rossmo, and Bengal are jaw-dropping, to say the least. “The Verdict”- Part Two has been a wild ride, one that I fully endorse taking a bite of. I’m so ready to have the unanswered questions solved. See you for issue #15!