“The Verdict” – Part One 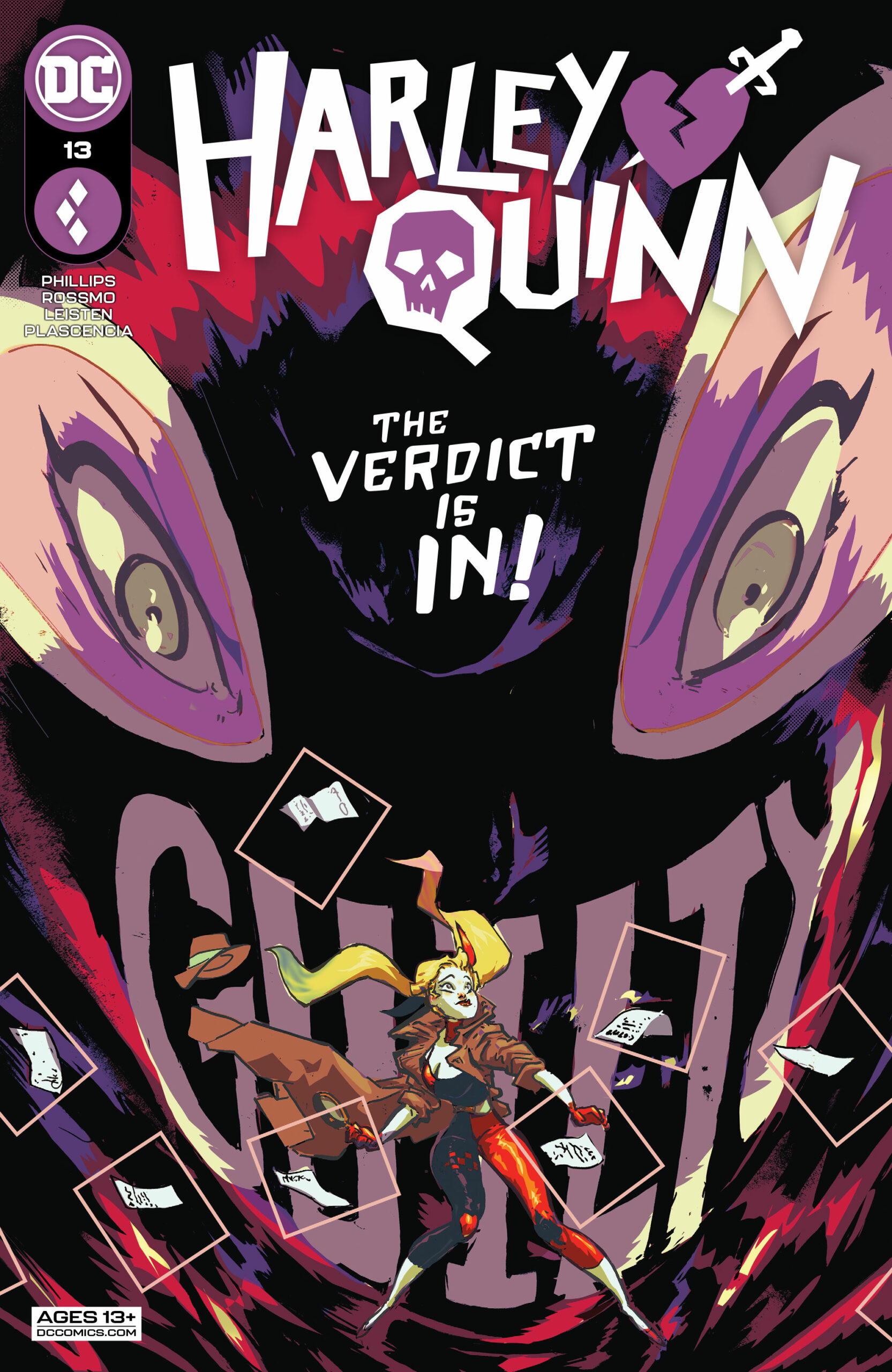 Harley Quinn #13 is an issue that was well worth waiting for. While we’ve seen massive character development over the last few story arcs, this new journey may be the hardest yet for Harls. She’s had to say goodbye to Ivy while giving the love of her life the chance to find what she wants, and then having to choose between her best friend and the citizens of Gotham.

That would be a lot for anyone to go through right?

Justice Is Not An Ideal

The last issue brought to a close one chapter of Harley’s life. We learned that Keepsake was never his own master, that a new player had entered the arena, and their plans were of the most wicked sort. They didn’t just want to kill Harls, but to destroy everything she’d built and worked towards in her path to becoming her own kind of hero.

As this issue opens, we see what appears to be Harley Quinn doling out vengeance in a way we haven’t seen in a while; with wanton abandon. Eventually we see through the mist and fog to find the genuine deal, that she’s doing the best she can to be Gotham City’s Robin Hood, ensuring that food banks have enough to provide meals for all of those who need them. While this has helped take her mind a bit off Ivy, it still hasn’t been enough.

Hopefully Harley can be on her A-game when GCPD come knocking , with their “Do not pass go and go directly to Blackgate” attitudes. 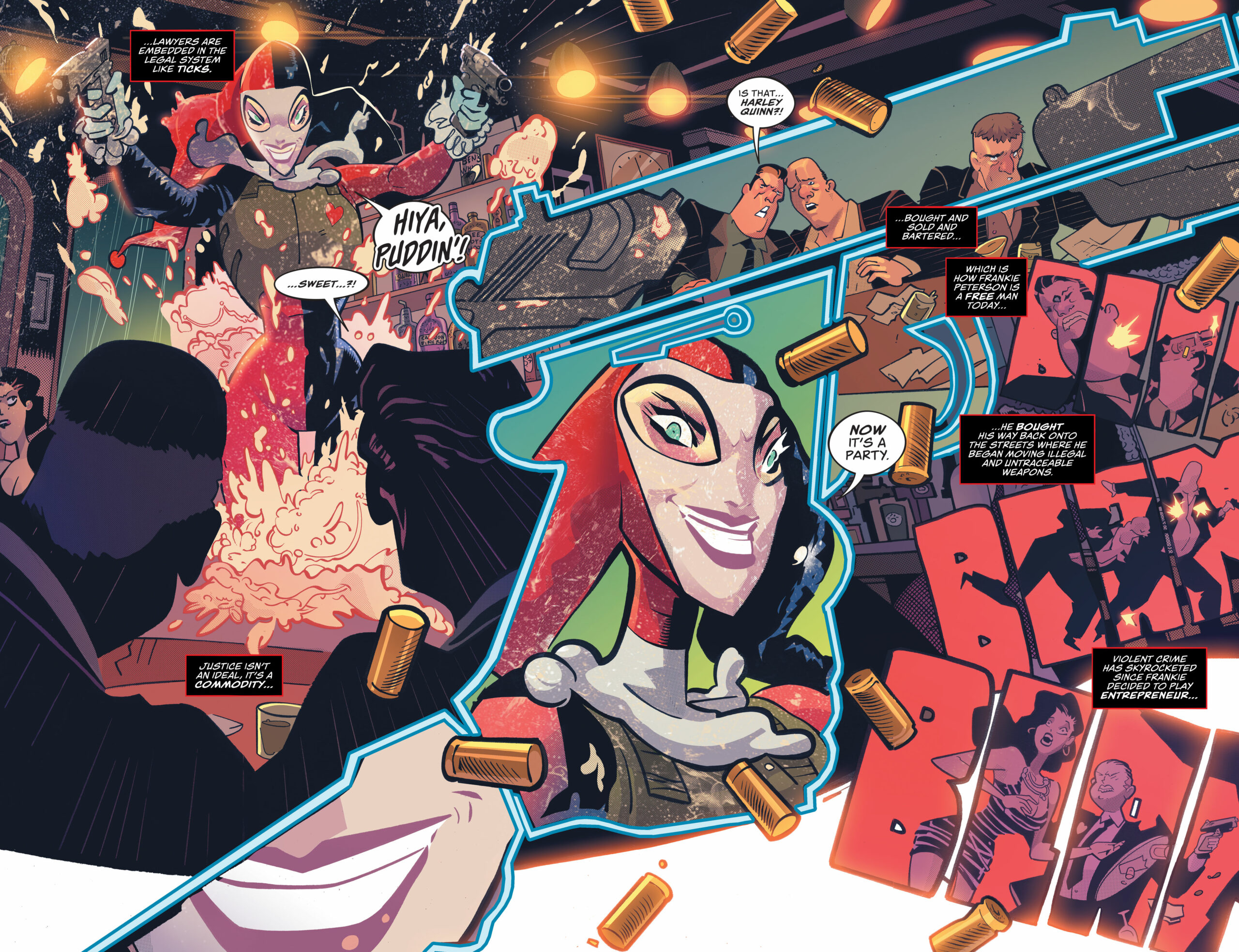 Stephanie Phillips has done a masterful job of,not only bringing readers along on Harley’s journey, but making strides to be who she wants too. She’s also showing that it isn’t as easy as saying a few kind words, or making thoughtful gestures to change minds. Harley has had to fight against her past for a while now and to push against her impulses and gut reactions to the decisions before her. To put it shortly she’s done the work, all the really hard work. As one of my favorite parts of this issue shows, that’s not always enough.

We also met Officer Jaylin Shaw, a transfer to the GCPD. While being new to the city may be an excuse for her, the other cops who are at the scene with her showno mercy when they talk about Harley Quinn, as their minds were already made up. I love this realistic showing of how quickly a line of thinking can change with such little pressure. This is genius storytelling.

With an onslaught of amazing and stunning covers created by folks like Mico Suayan, Rex Lokus, and of course Derrick Chew and Riley Rossmo, alongside new character development; as Harley fights to keep what ground she has gained, both physically and in her own mind, Harley Quinn #13 gives us a fresh take on just what defines being a hero. This comic displays brilliance in every way.