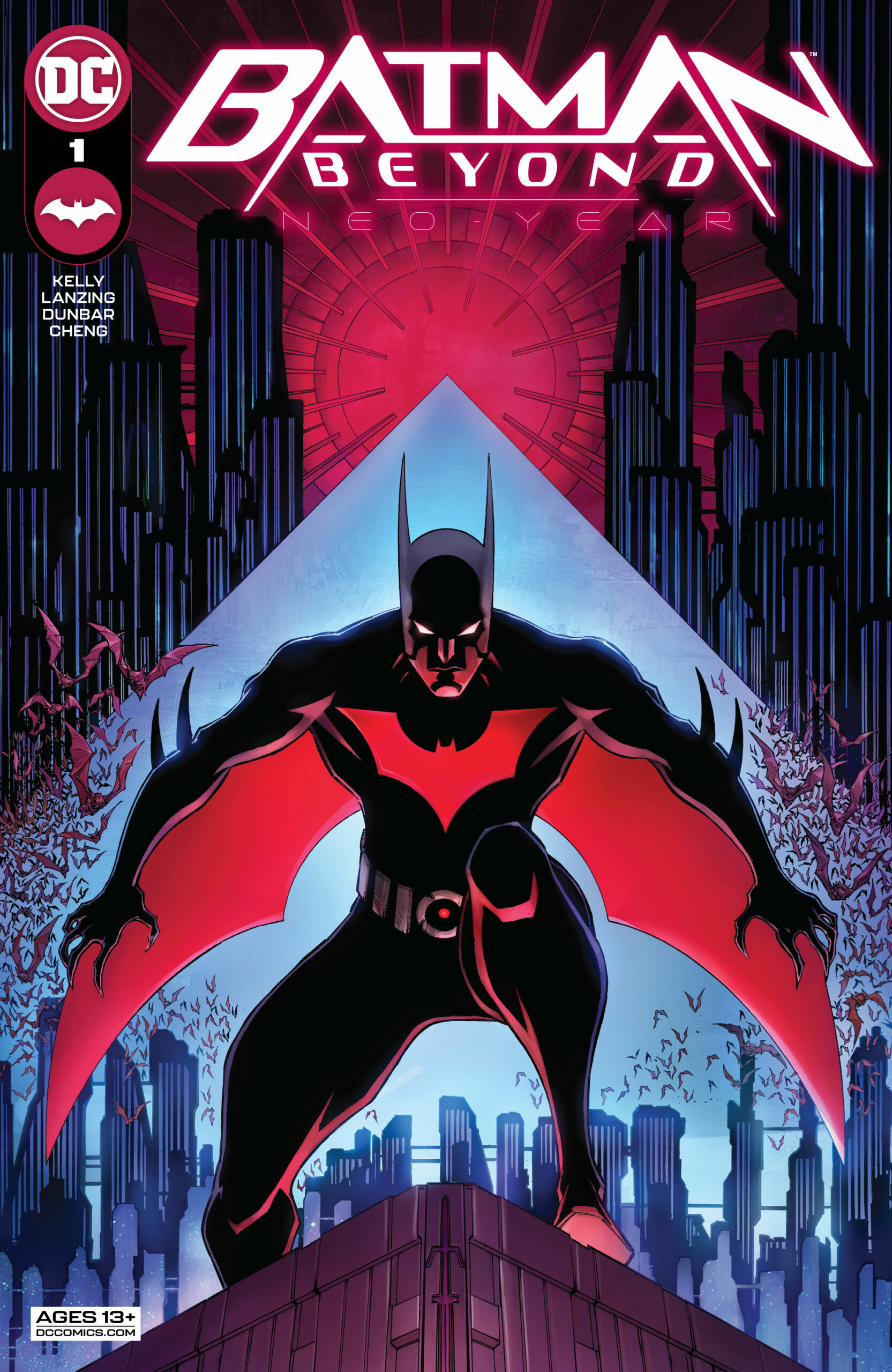 It’s been a distinctly long time since we’ve explored the sky highways of Neo Gotham. Batman Beyond: Neo Year #1 takes us to a run a familiar, but still new when compared to Dan Jurgens’ legendary run.

The events that tie into this story, from Batman: Urban Legends #7 gave us quite a shock, so we catch up with Terry McGinnis as he picks up the pieces, and tries his best to keep a wounded Gotham from collapsing under the weight of the crime.

There’s been a consistent look about Neo Gotham that has always been strong and consistent. In this story, we see the immense skyline and jarring bright neon amidst the dark greys of metallic buildings. Consistent but beautiful set design like this is what keeps us immersed and the Masterful artwork by Dunbar and color choices by Cheng keep us feeling like we’re truly in a futuristic cyberpunk hellscape.

This issue is a wonderfully handled building of tension. From the beginning, we see the conflict Terry’s under, trying to keep Gotham safe. We see him unpack his feelings in a journal to Bruce, then, as he leverages the situation, the real threat reveals itself. We get the true vision of an unbalanced, dangerous future Gotham and it’s perfectly welcomed us to a new run.

Batman Beyond: Neo Year #1 has given us a lot to think about. A fan of the original show will be drawn in by the sincere look at the cyberpunk environment, while those who loved the last comic book run should also look on with grand familiarity. Those who are up to date with recent releases will find strong continuity.

This is as strong a start a new run can get.