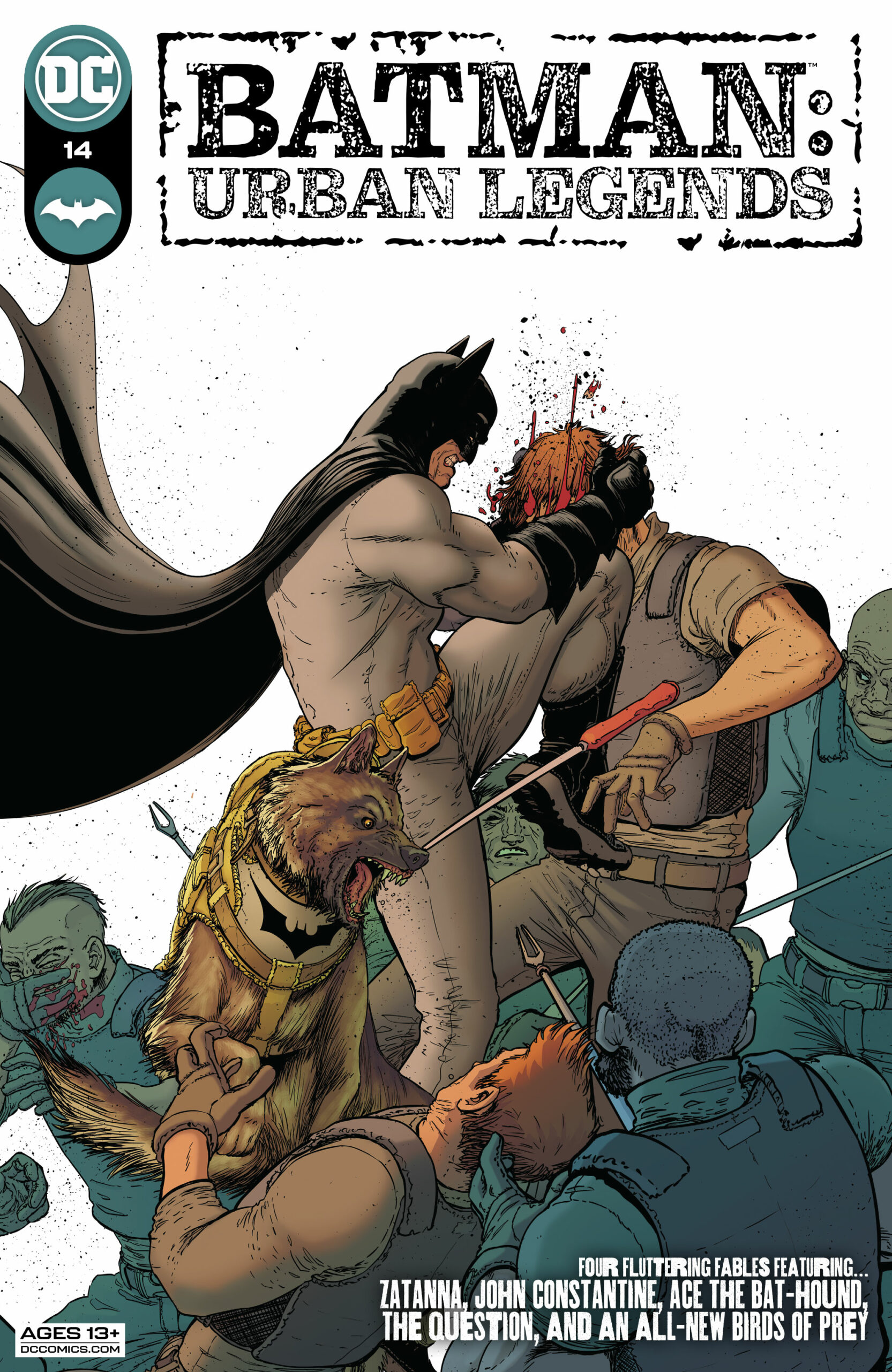 Batman: Urban Legends #14 delivers another set of weird and wonderful stories featuring the Dark Knight, his friends, and enemies.

“Bound To Our Will” – Part Four

Last month’s cliffhanger left me worried about the fate of John Constantine. Of course not even the devil himself could keep the Liverpudlian legend down for long, so my fears, while justified, thankfully proved to be unfounded.

I’m really enjoying this story because it shows that Batman can roll with the punches, and go with the flow. While he’s forever been a creature of science and rationality, he’s showing that he can adapt and handle the supernatural and the impossible too. In fact, this issue goes a long way toward proving that, if he’d taken a different path in his early years of training, he may have become a sorcerer adept enough in the mystical arts to rival, or even surpass, Constantine himself.

Count this a yet another vote towards wanting the Dark Knight and Zatanna to make magical bat-babies together!

This story’s a winner. I love DC’s street-level heroes, so seeing Batman cross paths with The Question will always make me geek out. Vic Sage is a dark avenger who I’ve loved from back when he was a Charlton comics character, and I still think he deserves his own series. He’s both a lot like the Dark Knight and yet completely different, so seeing them at odds before they (inevitably) come together was great fun to read.

These aren’t your dad’s “Bird of Prey”. Wow, now this story has really set the cat amongst the pigeons. This tale debuts an all-new, all-different team of female vigilantes, and this cast is a million miles away from the Batgirl/Oracle, Black Canary, Huntress team of old. While I would’ve loved to have seen the classic team reunited, this group is one that has me intrigued, and I definitely want to see more!

While I love every story in this book, this one has had me gripped for four whole months. The writing and art in this arc are first-rate, and really deserve to be collected in book form. As an animal lover and a comics fan, this ticks so many boxes. I’m enraged at the way these creatures have been treated, so seeing them gain the upper hand over their captors has me whooping for joy. These people really need to pay, and once Batman, Ace the Bathound, and the rest of his beastly buddies have their way, these evil abusers will definitely get their just desserts.

This series is never less than good, and frequently outstanding. Batman, Zatanna, John Constantine, and The Question in one comic book? What’s not to like? Batman: Urban Legends #14 keeps the action coming, the adrenaline pumping, and the mind racing. Whoever said comics aren’t fun anymore needs to pick up an issue of this terrific series.