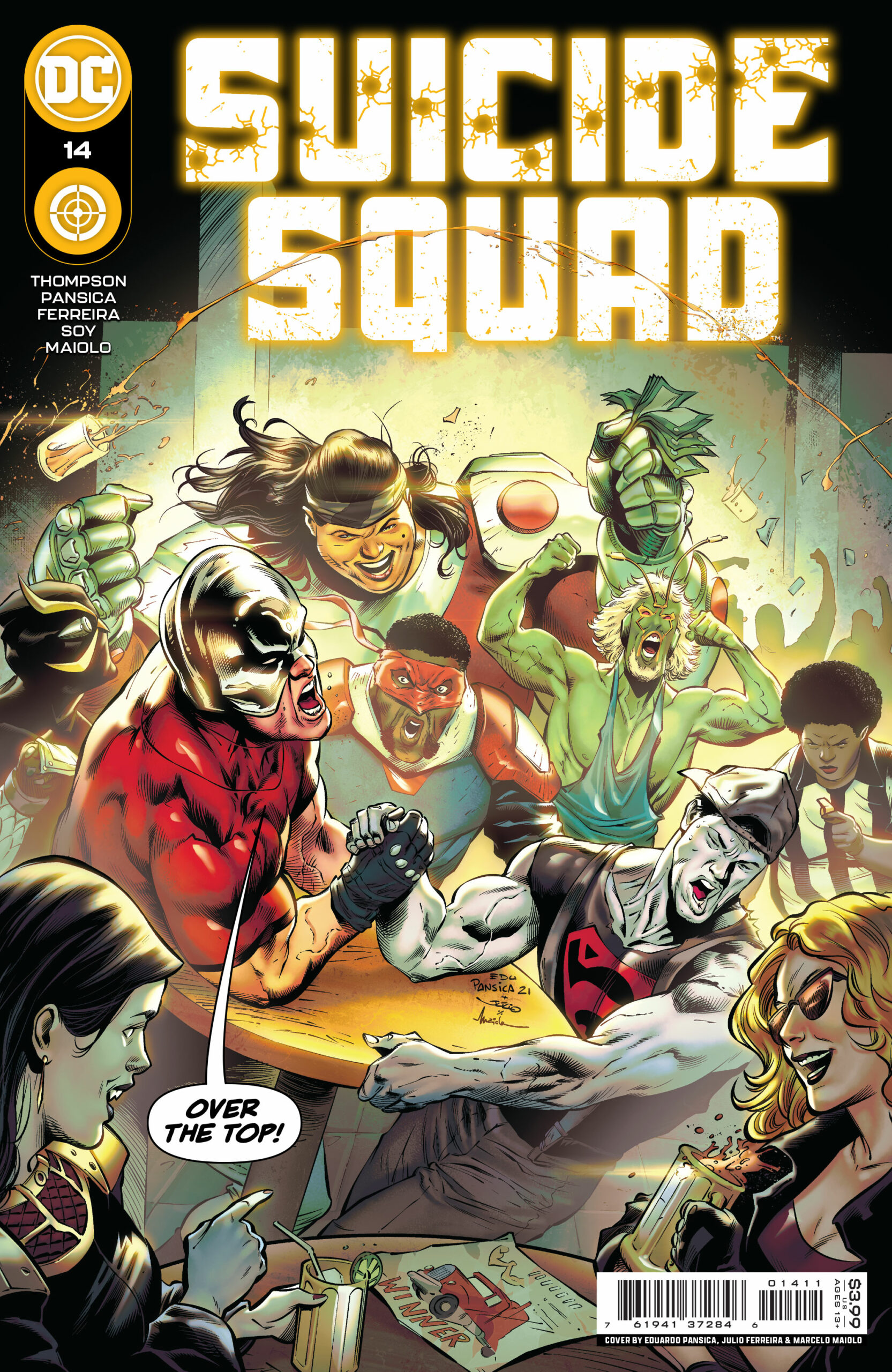 Suicide Squad #14 has masterfully taken the idea of the heroes licking their wounds and recovering from a loss in a new direction.

The Suicide Squad has never done anything in a conventional way. With the title coming to its end very soon, we can expect some fireworks to pop as the final victory for our anti-heroes comes along. Hopeless lives up to his name and leaves readers with a sense of uncertainty for Taskforce X.

The scope and visuals we’re treated to in this issue are some of the best and most memorable that I can recall in an issue. The destruction, the vistas on a single page, and all the set pieces are grand and heroic. Then, we contrast this with the human and vulnerable looks at each Suicide Squad member as they recover from a crushing defeat. The balance of high action and human emotion is masterfully handled in this issue.

The ensemble cast of any Suicide Squad run is usually the biggest in all of comics, yet somehow this creative team’s been able to make each character feel distinct and given each one their own time in the sun. Issue #14 exemplifies this and challenges what we know at the same time.

The rational Peacemaker having to stomach the chaotic Ambush Bug brings excellent comedy, while the proactive and destructive Bloodsport is quiet and peaceful in this issue. The resolute and commanding Rick Flag is made vulnerable enough for us to unpack him as a character. It’s one thing to see these people, but to challenge them only makes the reading experience better.

It’s a crying shame to see Suicide Squad #14 come and go from our shelves. Though I’m certain this title will receive a worthy conclusion, we’re all left to wonder just how this ending will be handled.

Either way, I’m eager to find out.