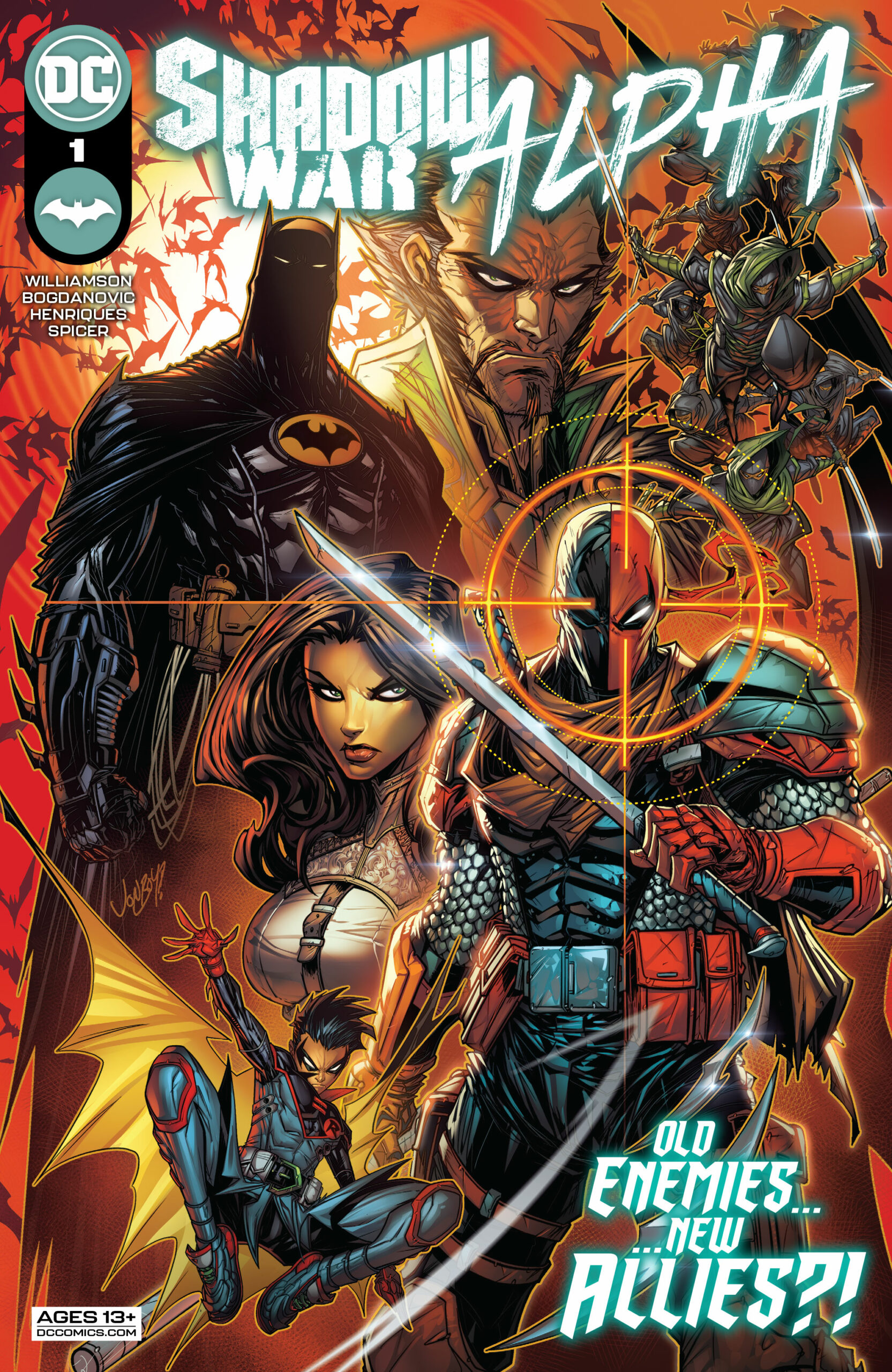 The collision course path that Joshua Williamson has crafted for Shadow War Alpha #1 is masterful. Batman, Deathstroke, Talia al Ghul, and Damian Wayne find themselves locked into a conflict that will have long-standing ramifications moving forward.

Deceit, misdirection, and a truly shocking death of a legendary DC Comics character. If the ensuing events of the Shadow War arc are as explosive and eventful as this highly engrossing taster issue, then strap yourselves in for a ride like no other!

So, reviewing this issue without divulging MAJOR spoilers is a tricky task indeed. All I can say is that Ra’s al Ghul appears to have developed an altruistic streak, reconciling his eco-terrorist past with a vision for the world that appears to be beneficial to all. Suffice to say, such best-laid plans are never destined to end well, and events here are brought to an explosive crescendo that once witnessed, will see all readers jaws collectively hit the floor in amazement. The (presumed) demise of such a big player is done in such a way that leaves little room for ambiguity.

Williamson pulls off an excellent bait and switch. Whilst we think the killer is explicitly revealed, the rug is pulled out from under us and everything we’ve been lead to believe is flipped on its head. The die is cast, and the Shadow War has begun! Pitting Deathstroke Inc. against The League of Shadows is a great heel vs heel faction match-up, and one can only imagine the collateral damage that will ensue.

The familial ties that bind us are a common theme here too, as Williamson examines the human beings behind the spandex-clad superheroes. Fathers and their offspring treading the path of reconciliation is a recurring motif, with the Wayne and al Ghul families strengthening those bonds in the face of the surrounding chaos that blows up around them. The tender moments between Bruce and Damian are a welcome pause in the proceedings, as the weight of words left unsaid weighs very heavy on the Wayne men. For all his absolute authority as a costumed vigilante, Bruce’s failings as a father are made all too apparent.

Shadow War Alpha #1 is an explosive and enthralling start to the next three months worth of stories! Blood will be spilled in spades and who else will be due a date with the undertaker? I cannot wait to find out. When Batman-oriented crossovers are this tightly plotted to begin with, then we can allow ourselves to get excited. To be continued in Batman #122…