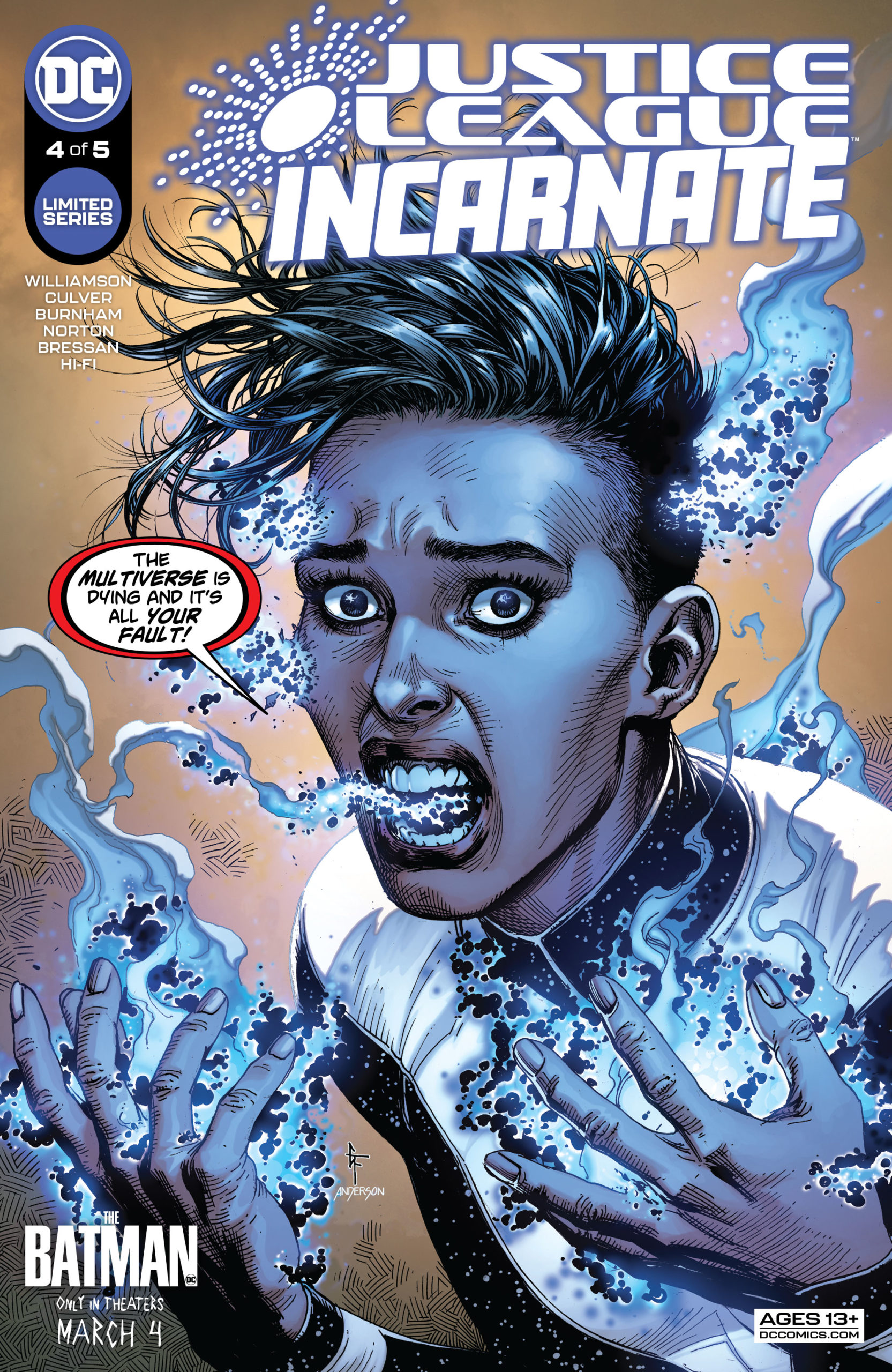 Doctor Multiverse examines the past in an attempt to foretell a bleak future in this week’s penultimate Justice League Incarnate #4.

The previous issue ended with the line “Darkseid must win.” These are not the words you want to hear from a prophet named Doctor Multiverse. Nevertheless, this is the pill the League must swallow if the Multiverse is to survive the oncoming onslaught of the Gentry.

In a montage that takes up about half of the issue, Doctor Multiverse recounts the Multiverse’s history from creation to now. However, like every good DC event, this history is retconned to fit the current story. Apparently, there’s been a being (anti-being?) that has been pulling the strings behind the scenes for each of DC’s Crises and now Darkseid is the only one who has the power to stand against this new adversary.

The Mac-Daddy of All Recaps

I’m not going to lie – I had no clue who was narrating the first 10 pages of this issue. For some reason, I had Galadriel’s voice running through my head, which frankly wasn’t a bad choice considering the scope and length of this opening montage. Seriously, in terms of being epic, it makes the opening scenes of The Lord of the Rings: The Fellowship of the Rings look rinky-dink.

I’m of two minds about the opening of Justice League Incarnate #4. While I appreciate Williamson and Culver’s attempt to recap 37 plus years of DC history, and I’m sure that new readers greatly appreciated the primer, it took them 10 pages! That’s roughly 1/3 of the issue. I remember back when DC was publishing 52. At the end of each issue, they would include a few pages that recapped a major historical moment in DC’s canon. This seems like a far less intrusive way to cover this content without ham-handedly inserting it into an issue’s script… but hey – I’m willing to let this slide. Reshaping the last 37 years worth of continuity is no easy task.

This is the first issue of Justice League Incarnate that I’ve genuinely felt suffered due to having too many artists. Part of the problem is that Chris Burnham, Mike Norton, and Andrei Bressan each have a distinct style and none of them are even remotely close to each other aesthetically. Therefore, the shift between pencilers was incredibly jarring. For the record, this isn’t a knock on any of these artists, as each of them is fantastic. Had any one of them been given the entire issue, any one they would’ve killed it. It’s the juxtaposition of these unique artists that creates a very disjointed reading experience.

Justice League Incarnate #4 is good but not great. Williamson and Culver’s script is lopsided in its narrative structure; however, their retcon of DC’s history is fascinating. Plus there are some jaw-dropping moments in this issue that are well worth your time. Artistically, this issue is all over the place but luckily, there is some visual continuity due to HI-FI’s excellent colors.

Final Verdict: I could have been better, but it’s by no means the worst.