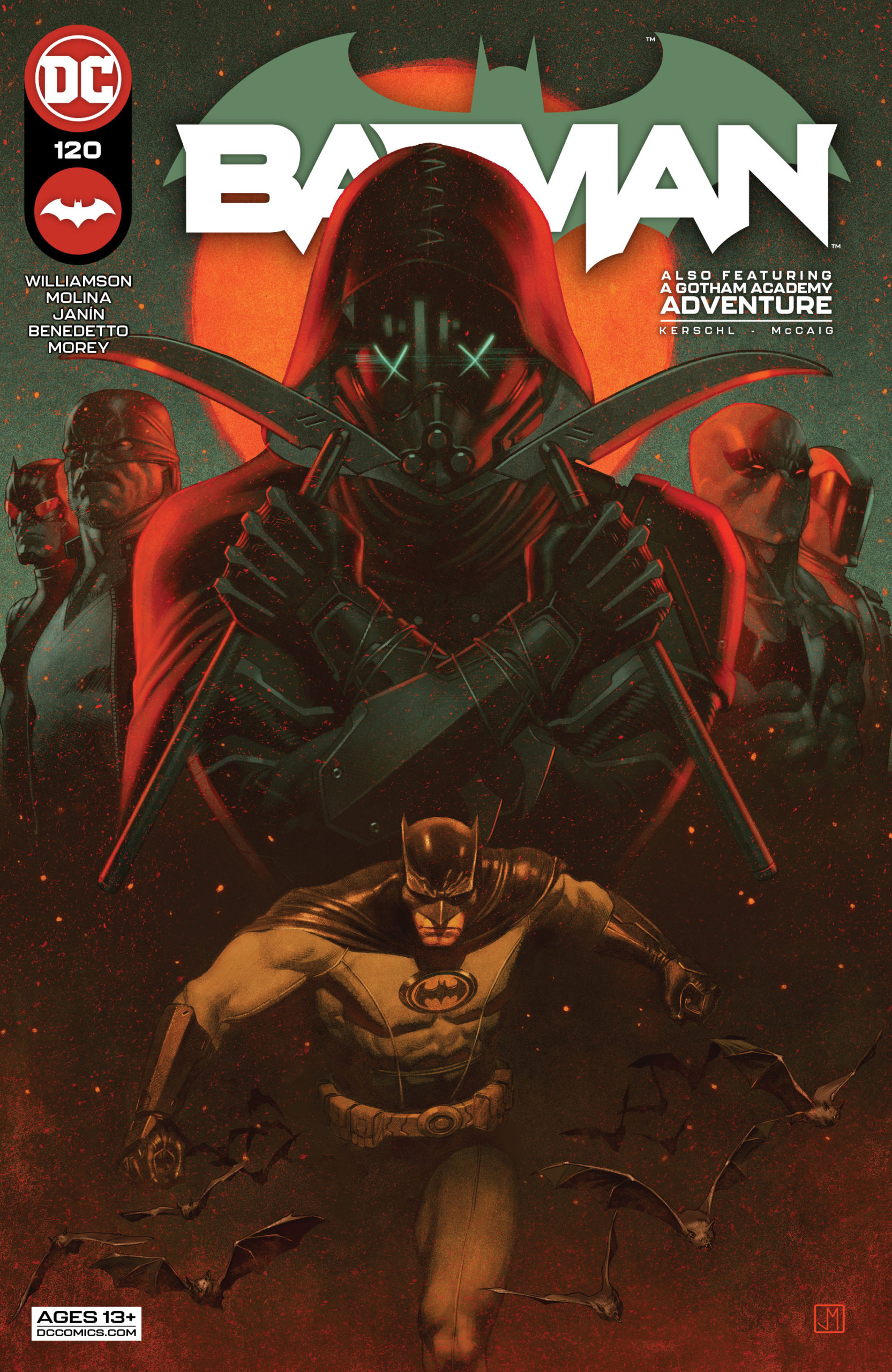 The anticipation for Batman #120 has been enhanced by the tantalizing ending to the previous issue, which saw our hero robbed of perhaps his most valued sense, his sight. Bringing him closer than ever to the creature that became part of his globally recognized iconography, this is a Batman who’s vulnerable, weakened, and having to survive with just his wits.

For a character who’s traditionally depicted as a man that’s superior to everybody else in the room, having a handicapped Batman is an intriguing choice by Joshua Williamson. Already taken out of his element by taking him out of Gotham City in favor of Badhnisia, this move adds another layer of peril to the proceedings.

The world has suddenly got even darker for Bruce, and I applaud this creative choice, however short-lived it might turn out to be. Taking over from the lauded run of James Tynion IV was always going to be a tall order, but here Williamson’s showing he isn’t afraid to take chances and place the character in new situations. This certainly bodes well for a long and fruitful reign on the title.

Speaking of which, the art on offer here is spellbinding. Mikel Janín and Jorge Molina are at the top of their game in this issue, creating something that works as the perfect visual foil for Williamson’s script. The pages are vibrant and eye-catching, with a real sense of versatility too. From action-packed panels showcasing brutal fight scenes to more intimate pages that show a convalescing Batman, all of it demands the reader’s attention. The final panel itself is a real treat too, depicting several characters forming an unholy union. The size and shapes of these characters are a testament to the artistic team’s eye for detail, as each character has its own unique look and aura. This issue really is a proverbial page-turner!

Lex Luthor still has his fingers firmly thrust into all the pies here. It’s a credit to Williamson that we still don’t know if his motivations are truly self-serving, or whether there’s a more altruistic element at play too. This is the version of Luthor I prefer most, one that isn’t truly evil and never fully reveals his hand. Indeed, the finale of the issue teases at a potential Wayne/Luthor marriage of convenience that could provide some golden moments for the readers. Clashes between these two alpha males have always been exciting, so I cannot wait to see what’s about to come next.

Batman #120 is a great new installment in the Williamson era, as it sets the table for some explosive moments to come. Robbing Batman of his sight is a bold move, which works on multiple levels. The issue is a potent mix of macho behavior with a couple of moments of real vulnerability. Issue #121 simply cannot come quick enough.