“Being Robin” – Part One 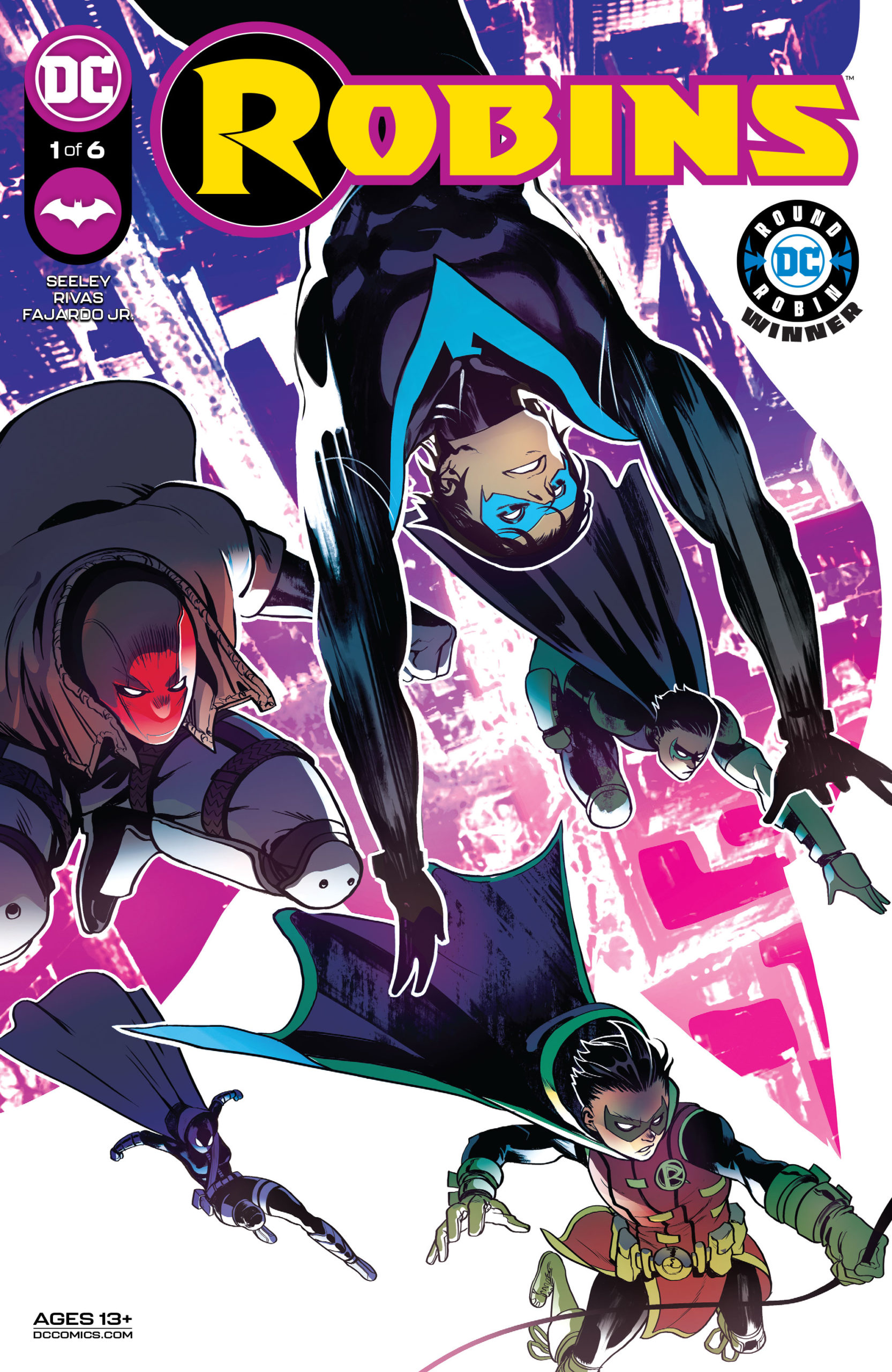 Holy sidekicks Batman! The whole gang is here; all of the Robins that we’ve had, past and present can be found in Robins #1. They’re five of the greatest characters ever to grace the pages of comics, and they all have plenty of issues to go with them. We’re here to unpack it all… and boy, is there a lot to unpack!

Dick Grayson, the original Robin, calls upon his predecessors for a good old-fashioned sit-down and talk. They’re finally getting some therapy! It just so happens that it’s coming from themselves. There are some disgruntled members of the group, and yes. it’s exactly who you’d think it would be.

After a nice family beat down in Bludhaven against a group of anarchists, the Dark Knight’s sidekicks retire to Grayson’s place to hash out any grievances they may have about their lives as Robin. This is a very interesting read as it gives a little more insight on how each character reflects on their time in The Bat’s shadow.

The talk about their lives as Robin wasn’t the only blast from the past we got in this issue as some names were dropped from their very first missions. The question is, are bad guys returning as soon as the group gets together, a coincidence or something more sinister?

What really makes this issue work well is the interactions between each of the Robins. I’ve always enjoyed reading team-based comic runs because of the characters’ interactions with each other, and they do a stellar job in this issue. Sometimes it’s difficult to take such a well-known character, or characters in this case, and put your own spin on them while also keeping to the original material. Seeley does an excellent job at doing just that.

The art team of Rivas and Farjardo Jr. does a good job of trying to keep the art styles reflective of whichever Robin is taking the spotlight at the time. They use lighter colors for Tim, Dick, and Damian, sticking to darker colors for Stephanie and Jason. I look forward to seeing what they continue with going forward.

So far so good! I enjoyed Robins #1. It was well-paced and had plenty of good character interactions. I, yet again, have way more questions than answers, though. I guess that this is only to be expected from the first issue of a new comic run, especially one like this. It’s fresh, I go into it knowing nothing of what to expect.

‘The Batman: The Complete Series’ Coming To Bluray in 2022