‘The Batman: The Complete Series’ Coming To Bluray in 2022

Fans of grab off the shelf, physical media have been given one more reason to rub their hand with glee. February 2022 will see the Bluray release of The Batman: The Complete Series. Now this fan-favorite show can join Batman: The Animated Series, and Batman Beyond on shelves, all over the world.

The early years of the Caped Crusader get a closer examination as Warner Bros. Home Entertainment (WBHE) brings the fully-remastered The Batman: The Complete Series to Blu-ray for the very first time. Produced by Warner Bros. Animation and DC, the 65-episode box set will be distributed February 1, 2022 by WBHE on Blu-ray+Digital ($69.99 SRP) in the United States, and a Blu-ray only package ($79.98 SRP) in Canada.

The six-time Emmy® Award-winning series premiered on September 11, 2004 on Kids’ WB before eventually shifting to Cartoon Network for subsequent seasons. The Batman: The Complete Series follows 20-something-year-old Bruce Wayne’s early adventures as he balances his daytime persona as a bachelor billionaire with his nighttime guise as a caped crimefighter.

Along the way, Batman is joined by allies Robin and Batgirl as they combat Gotham City’s Rogues’ Gallery, including updated versions of his familiar foes as well as a bevy of rarely seen villains like Killer Moth and The Everywhere Man. Join one of the most complex and intriguing character in comic book history for action-packed super heroic adventures that test the limits of this legendary character’s extraordinary physical prowess and super-sleuthing skills. 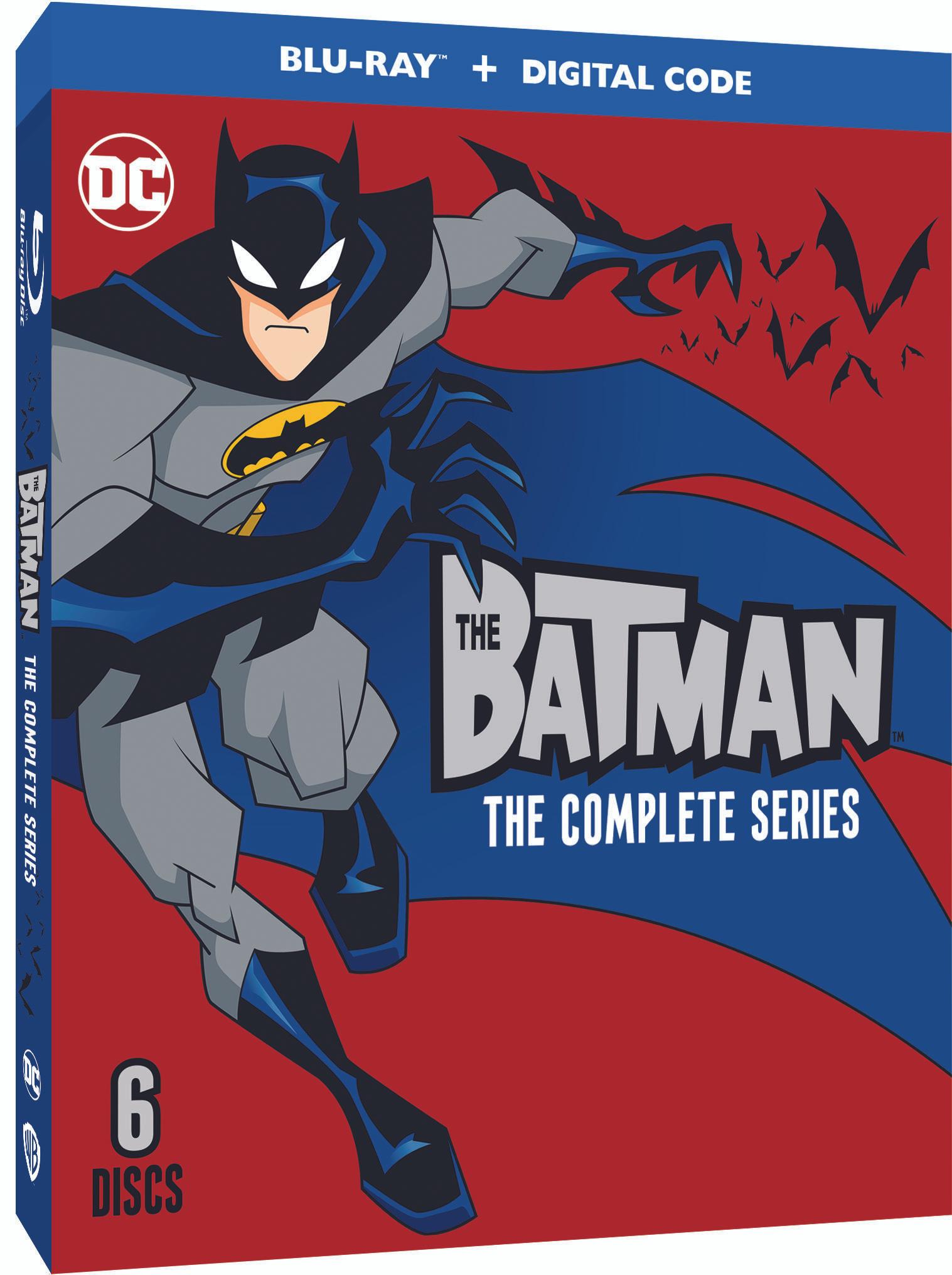 With such an amazing cast of characters, voiced by true stars of stage and screen, this set promises to be one of the best available. Will it be part of your collection? Let us know!