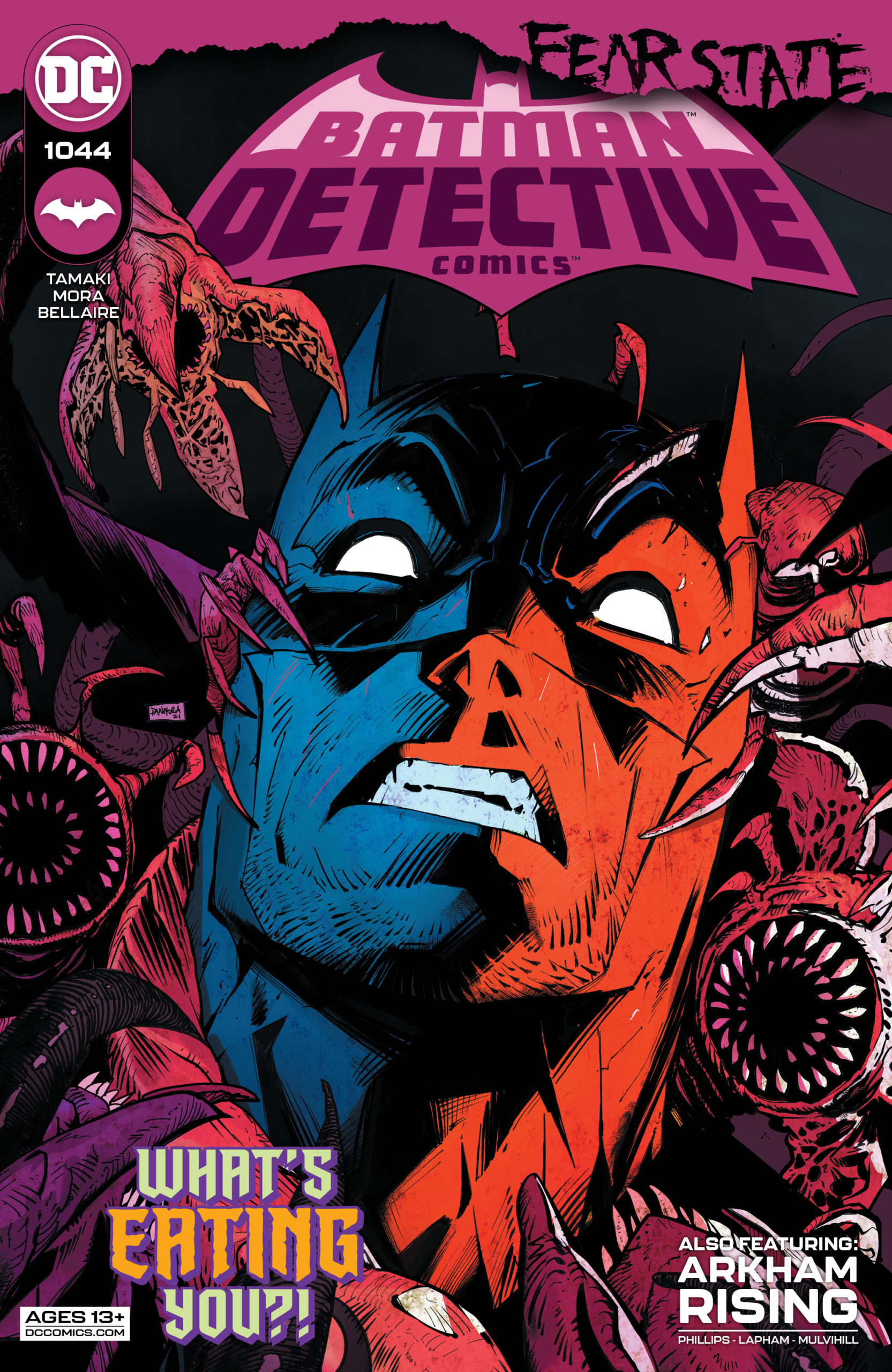 “Fear State” still has a terrifying grip on the Gotham, and burrowed deep beneath the city, there’s a nest full of monsters that are about to hatch, it has to be Detective Comics #1044!

With the current huge Batman event, “Fear State” ramping towards its thrilling conclusion, the last thing Batman needs is to be worrying about the Mayor of Gotham; buried deep underground, below the sewers, and surrounded by an unhatched nest of Vile eggs. WELL… That’s where we are when you start page one of this issue.

Don’t worry loyal Bat fans, this issue isn’t just about Batman saving the day, there are monsters burrowing under the skin. There’s a return of a familiar Bat-family member and throwbacks to issues and storylines that started way back in Detective Comics #1027 the milestone issue! What I’m trying to say is, this is a Detective Comic for fans of the run, the previous run, and the current Batman run. It’s a palette please for a lot of people.

This is also a gritty story that at various moments, had me laughing, then cringing to know why we’re given a scene from The Matrix – Neo in the interrogation room, you know… the belly button (ouch!) It was nice to see Deb Donovan back on the scene as well, as I was worried she’d be swept up into the world of Task Force Z. Thankfully she’s still hard drinking in Detective Comics #1044, and will hopefully continue to do so for many years to come.

At the start of a new second story, we’re told that Hugo Strange’s S.A.F.E. tower* (*See the current run of Harley Quinn for more details) is being turned into… drumroll, please… Arkham Tower. A structure that Mayor Nakano is building in the center of the city to house the criminally insane… Sorry, we mean “emotionally not ok”. Much to the outrage of the public, the reporters, and Bruce Wayne.

With the story starting a long time ago in a bloody Arkham establishment, with a grizzly murder, and a very ominous hobo claiming that Arkham is haunted, I think that all of us seasoned readers, and Scooby-Doo fans know, this isn’t going to end well.
I, for one, am excited to hear more about the terrifying past of the notorious madhouse.

This issue is a masterclass in comic art from my latest artist fave Dan Mora. Mariko Tamaki is delivering week in week out and keeping Batman fresh, without trying too hard. Not to mention a tantalizing second story. This issue’s worth its weight in Batarangs!