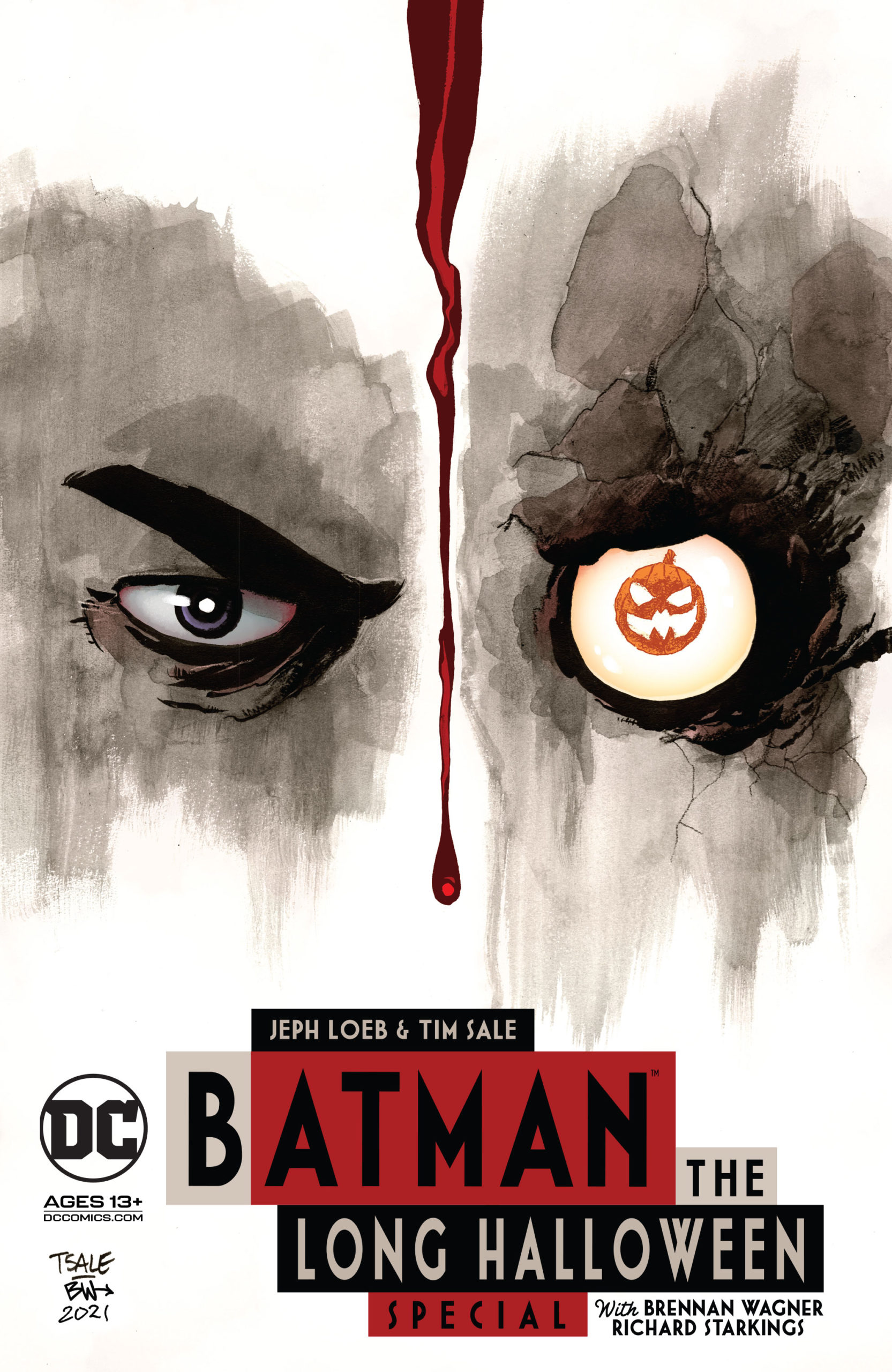 It’s hard to believe that this week’s release, Batman: The Long Halloween Special, is the follow-up to a story that celebrates the 25th anniversary of its release this year. The original Long Halloween is one of the most loved Batman stories of all time and is as brilliant today as it’s always been. The tale spawned two sequels (2011’s “Pieces” is more of a tribute than a bonafide sequel, and it’s also by a completely different creative team), and this year saw the release of two excellent animated adaptations. 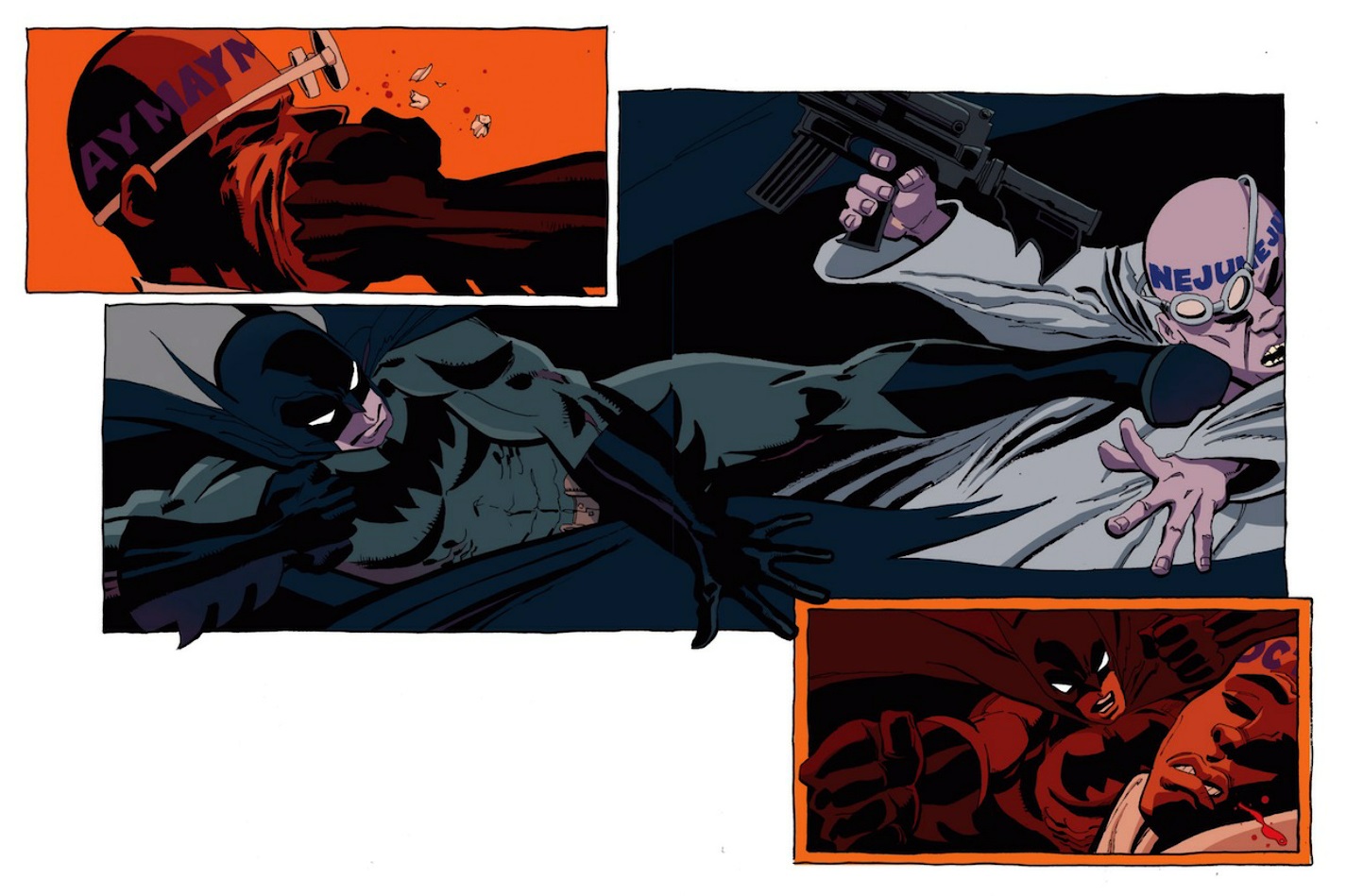 Everyone at Dark Knight News jumped for joy when DC Comics announced this 48 page, prestige format special back in July, but even so, I wondered what the story could be about, and asked myself whether it would finally answer the questions that left many fans bewildered at the end of the original series. The other qualm I had was, would this be as good as Batman: Year One – the book that started it all – the original Long Halloween, or its wonderful sequels Batman: Dark Victory, or Catwoman: When In Rome?

I’m delighted to say that, in my humble opinion, this book lives up to expectations, silenced my doubts, and left me a very happy reader.

One of the best things about the Batman: The Long Halloween Special is the way it tells a brand new story that builds on the original series without negating anything that’s come since. My one piece of advice would be to let long-standing fans know that this tale fits best after the original three stories, and as a prequel of sorts to both Robin: Year One, and Batgirl: Year One. We get answers about Holiday, we see Two-Face and even get a pay-off to Dick Grayson’s introduction from Dark Victory. An unexpected bonus is a chance to revisit the friendship built between Harvey Dent’s new alter-ego and a certain sewer-dwelling man-monster.

My main takeaway from this book is that it is indeed a sequel and follow-up, not a retcon or reset. Of course, having three-quarters of the original creative team onboard almost guaranteed that, but we fans are by nature a superstitious, critical lot.

My favorite part of this book is the way it answers all the questions left hanging but in a way that doesn’t make them the main focus of the plot… if anything they’re the catalyst for what actually happens. The choice of villain is inspired and the way he’s written is a revelation. Yes, this is a Batman and Two-Face story, but the supporting cast is vital and the antagonist essential. Mark October 26th on your calendars, because you’re going to want to add this book to your collection.

Jeph Loeb writes a great story, and the way he’s managed to streamline it to just 48 pages, without it feeling rushed, is a testament to his prowess. The art by Tim Sale does feel a little different from what we’ve seen before, but in a good way. I feel like the artist has had time to really consider and finish this book without the time and deadline constraints he no doubt had when working on the 13 issue original series, and its subsequent 14 part sequel. Every line is essential, measured, and gorgeous.

Brennan Wagner’s colors fit perfectly with Tim’s line art. His work here is punchier than Gregory Wright’s was on TLH, DV, and WiR, but wouldn’t raise an eyebrow amongst those fans wanting to complain about it not fitting in with the classics (there are always a few). In fact, I doubt that anyone could criticize his stylistic choices in this book at all. It can’t be easy being a comics artist when everyone will measure you against your extremely famous (and deservedly so) father, but my first exposure to Brennan’s work has impressed me, and I’ve no doubt that Matt’s extremely proud too.

Richard Starkings is an industry legend for a reason. Once again this talented letterer and designer has created work that flows with the art, is easy to read, and elevates the final product. Like its predecessors, Batman: The Long Halloween Special features a lot of dialogue and captions, but very little in the way of sound effects. This can’t have been much of a fun assignment, but Starkings’ work is, nevertheless, word perfect.

Making a sequel to a story that’s become iconic has to be a daunting task, one that has historically frequently proven to deliver a mixed bag, in terms of quality. Where Batman: Year One and The Dark Knight Returns are legendary classics, Frank Miller’s other Batman tales have been divisive at best and reviled at worst. In the opinion of this reviewer, the Batman: The Long Halloween Special is on a level with everything that’s come before, and will honor my bookshelf alongside Year One, the original TLH, Dark Victory, and When In Rome.

Buy this book. You won’t regret it.